NEARLY HALF of the women’s marathon field were wiped out by “brutal” conditions on Saturday morning in Doha – with many runners requiring medical attention.

The IAAF came under fire for hosting the 26.2-mile event in the Qatari city on day one of the IAAF World Athletics Championships. 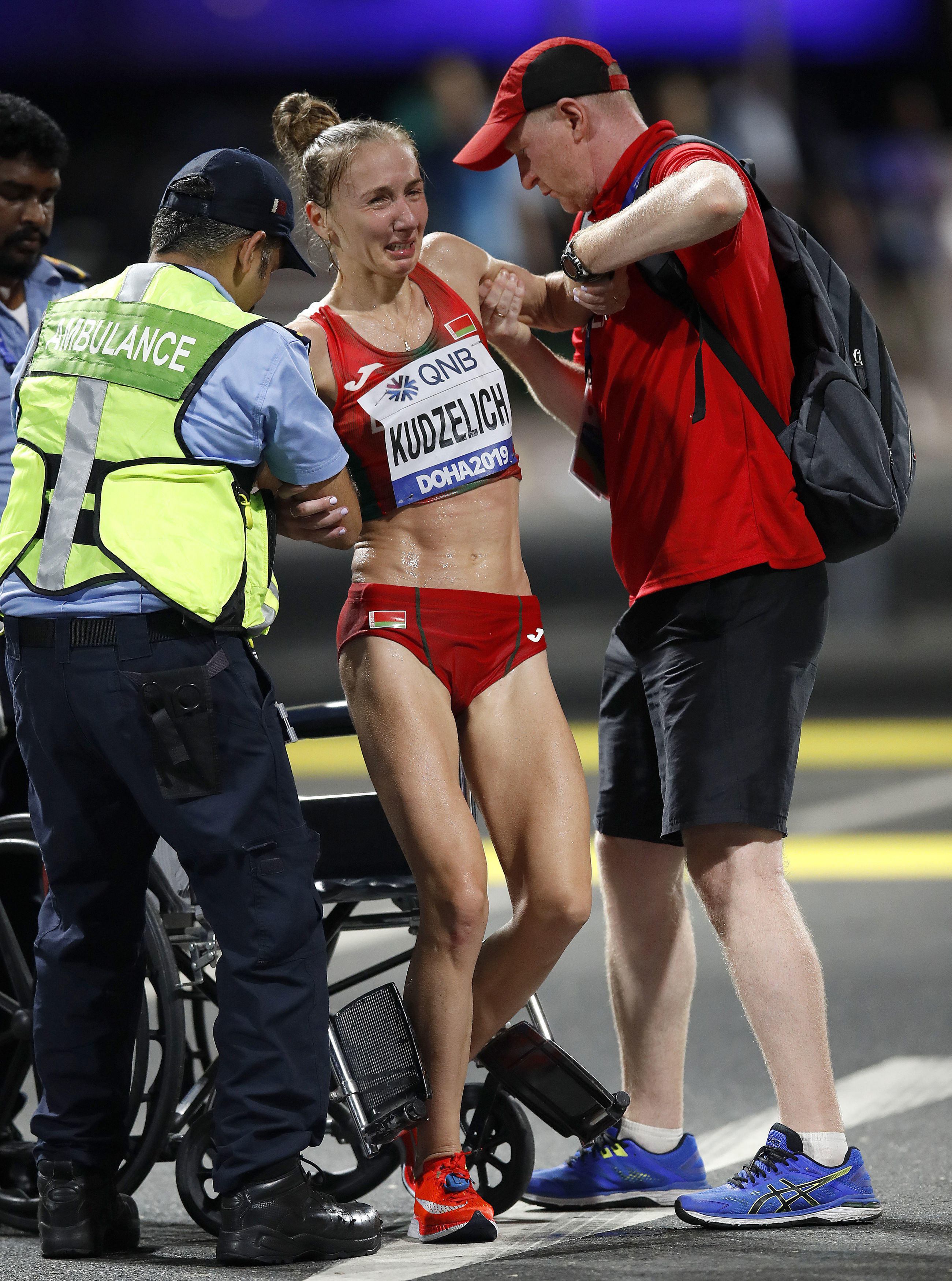 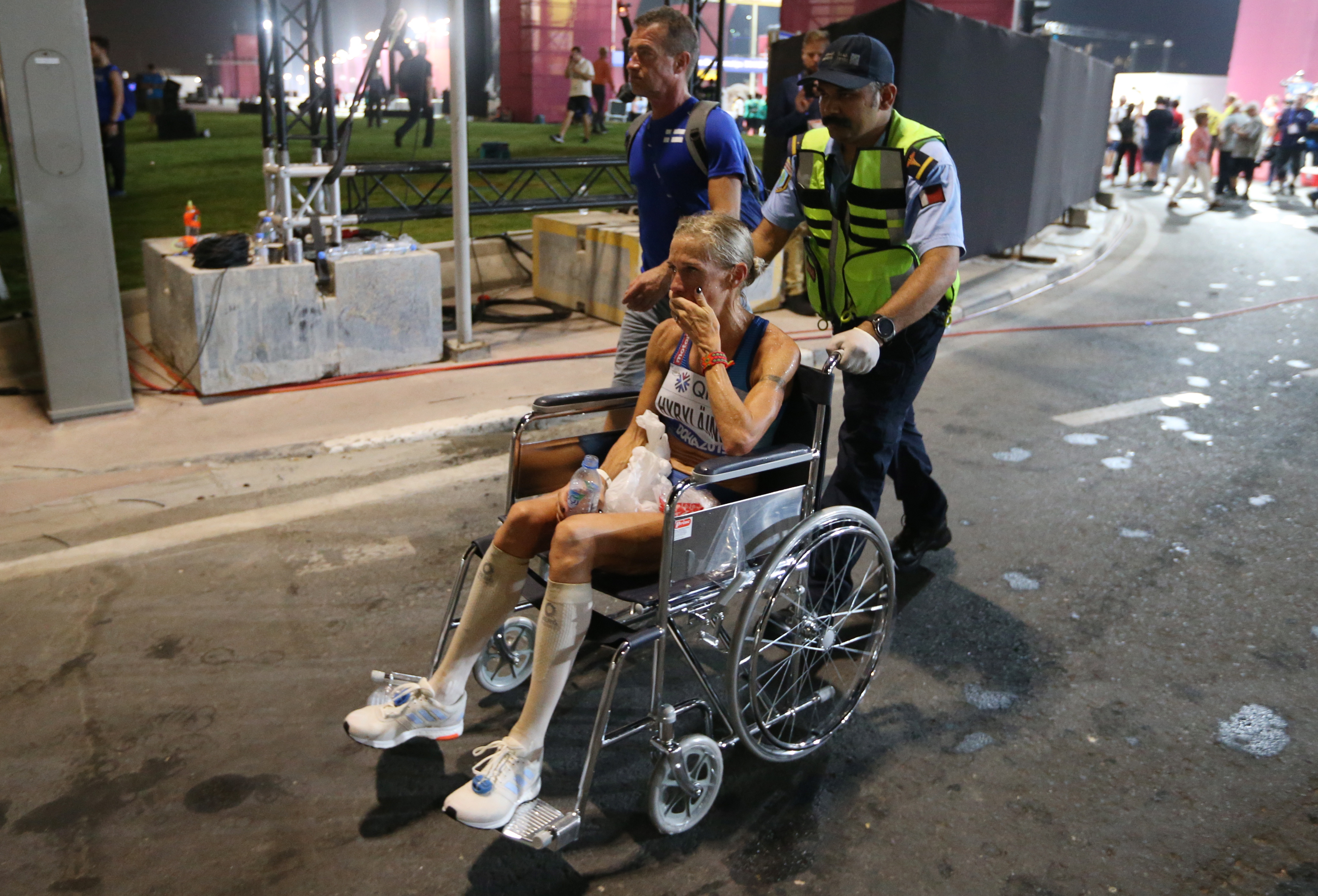 When the event started at midnight local time, the temperature was 32.7 degrees with humidity at 73.3 per cent.

Runners started dropping out of the race after just 10km with Britain’s Charlotte Purdue unable to continue after the 15km mark.

Of the 68 starters, a record 28 failed to complete the course, succumbing to the heat. Nine runners ran more than three hours.

Some needed stretchers and wheelchairs to leave course situated along Doha seafront, as one team official told SunSport: “It was madness. It’s a bad day for the sport.”

The Kenyan winner Ruth Chepngetich, who came home in a time of 2:32:43, was taken to see doctors after undertaking her media duties.

Her time was the slowest winning mark in the 36-year history of the World Championships.

American Roberta Groner, 41, a full-time nurse and mother of three, came sixth and she said: “Absolutely the most brutal marathon I’ve ever done.

“I always had a bottle on me the whole race. I also used a headband with some ice to trickle down my neck when I could. 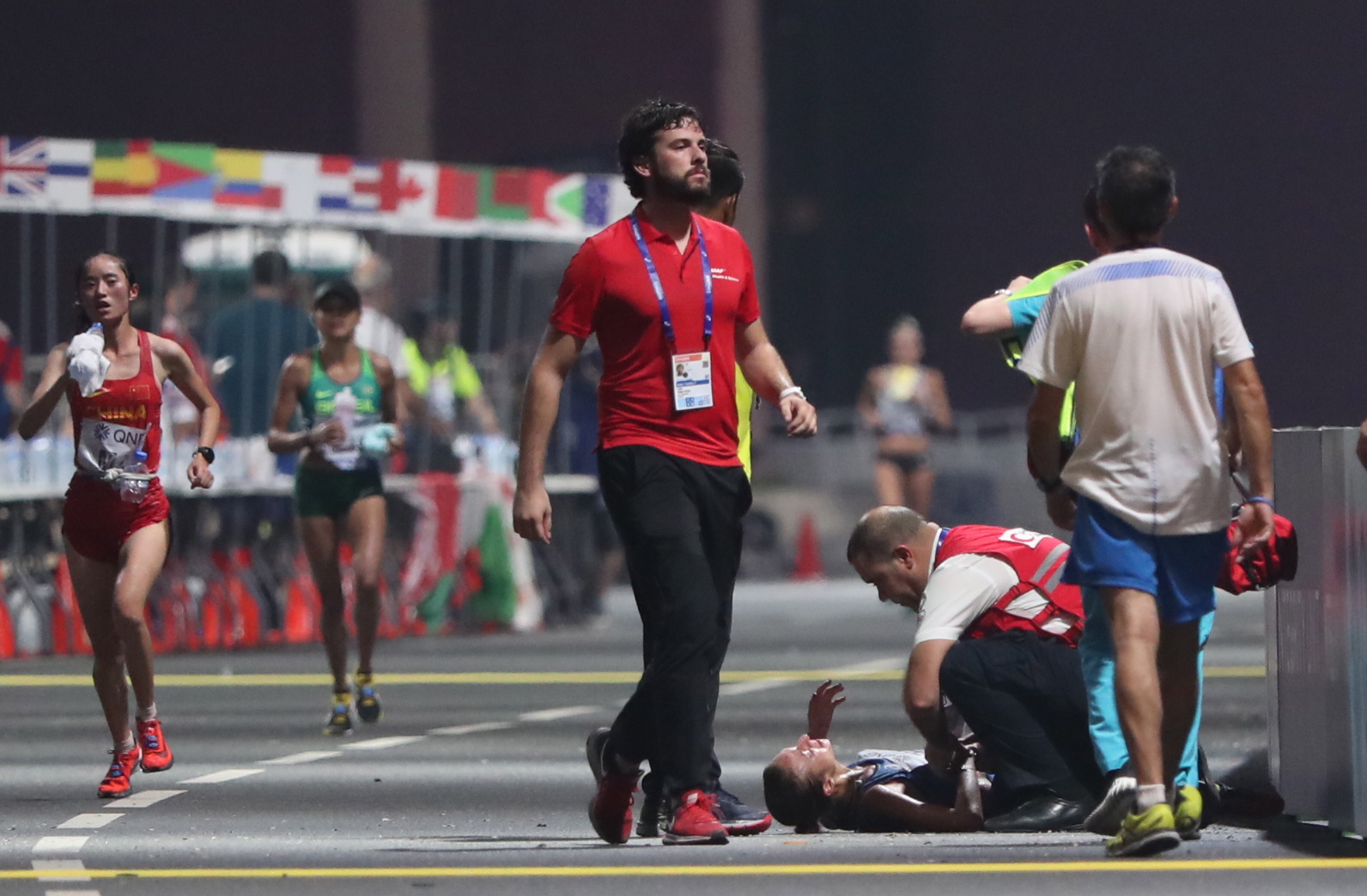 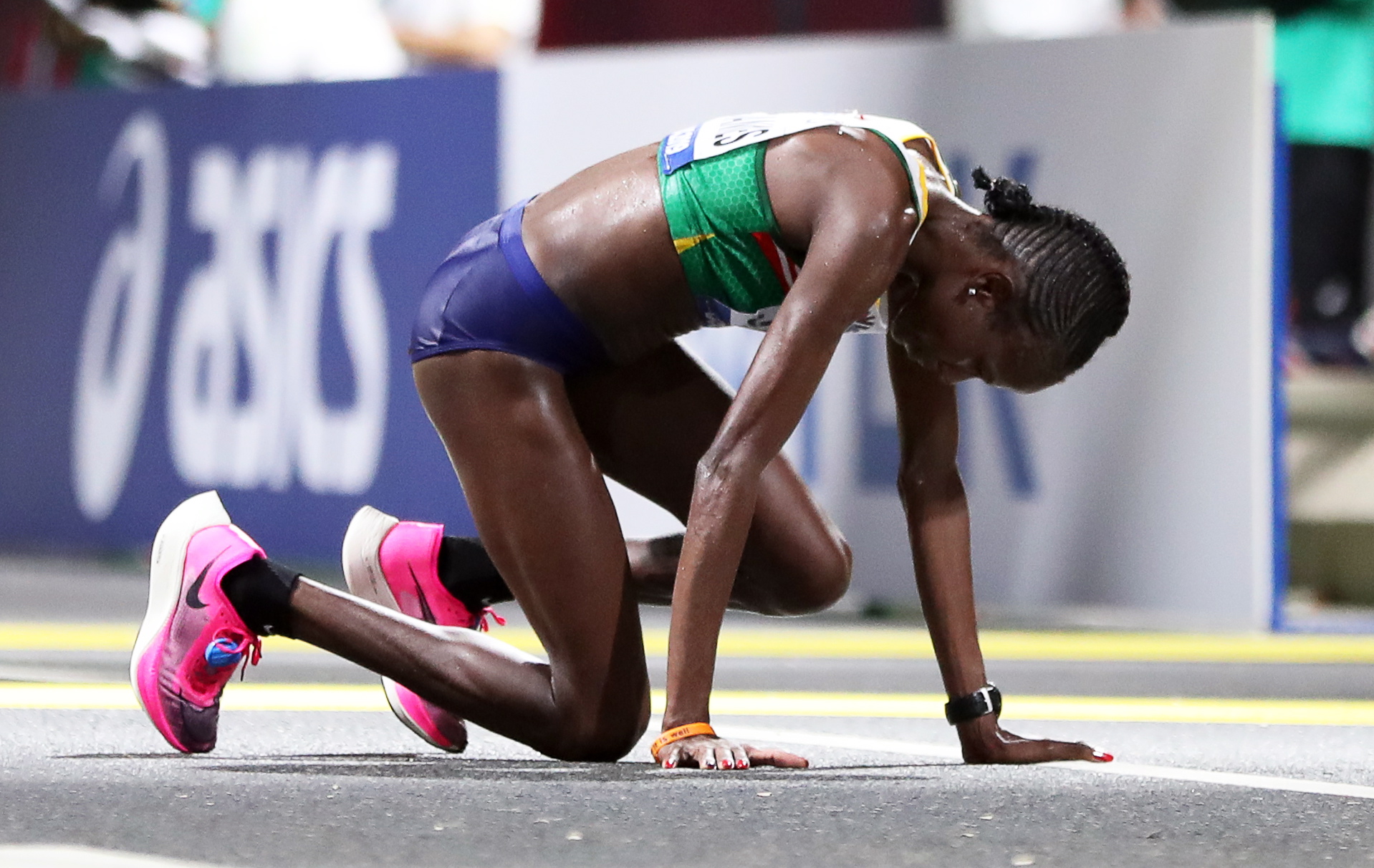 “We tried as hard as we could to stay as hydrated as possible.

“I knew it wasn't going to be a super-fast race – the goal was to finish. The key was to finish and not hurt myself.”

Athletics in the stadium is cooler because of state-of-the-art colling technology but Sandi Morris, the American pole vaulter, said: “Can I just mention how I would have died today if that stadium wasn’t air-conditioned? It would have been one mass grave for us all.” 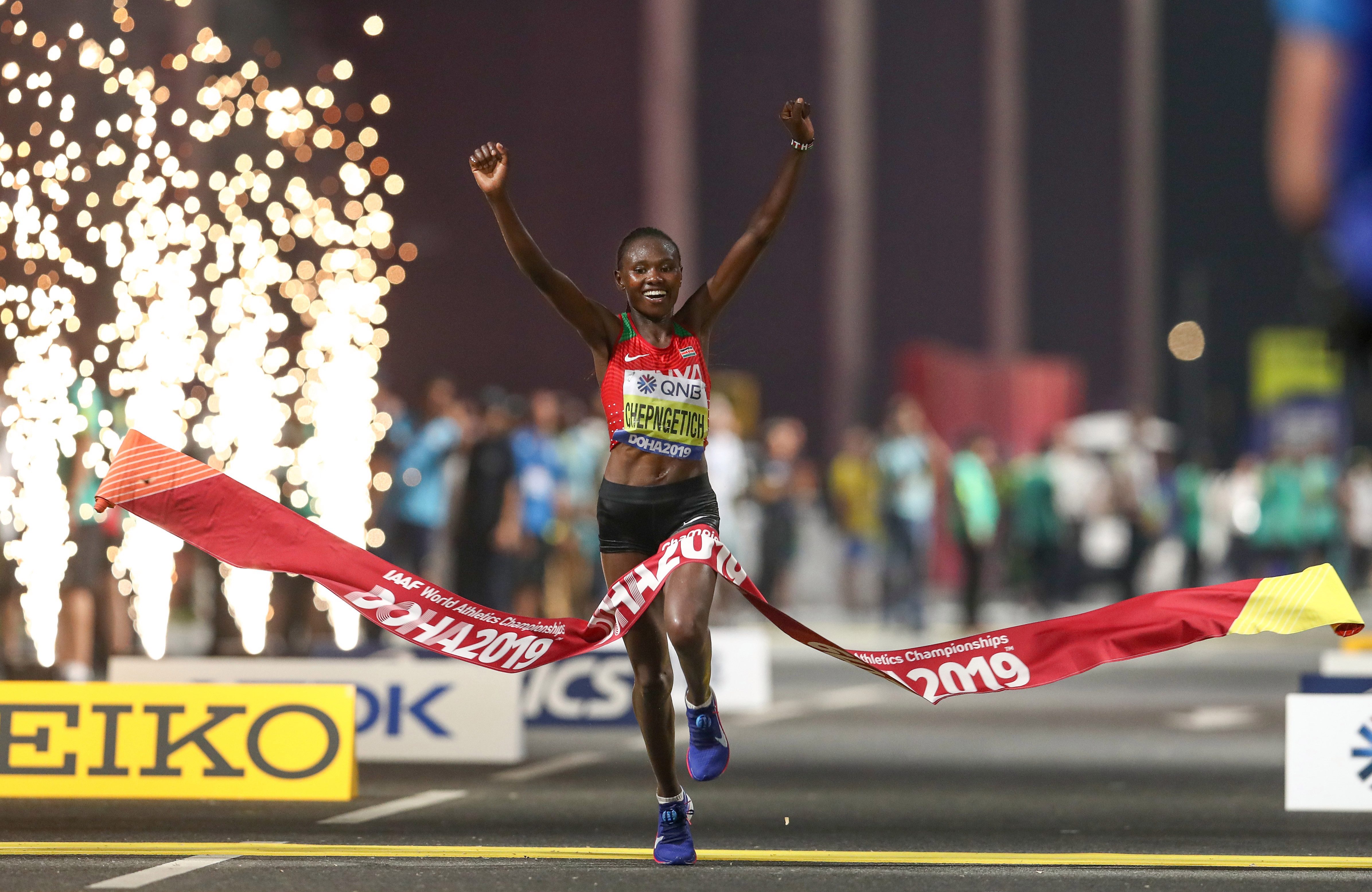 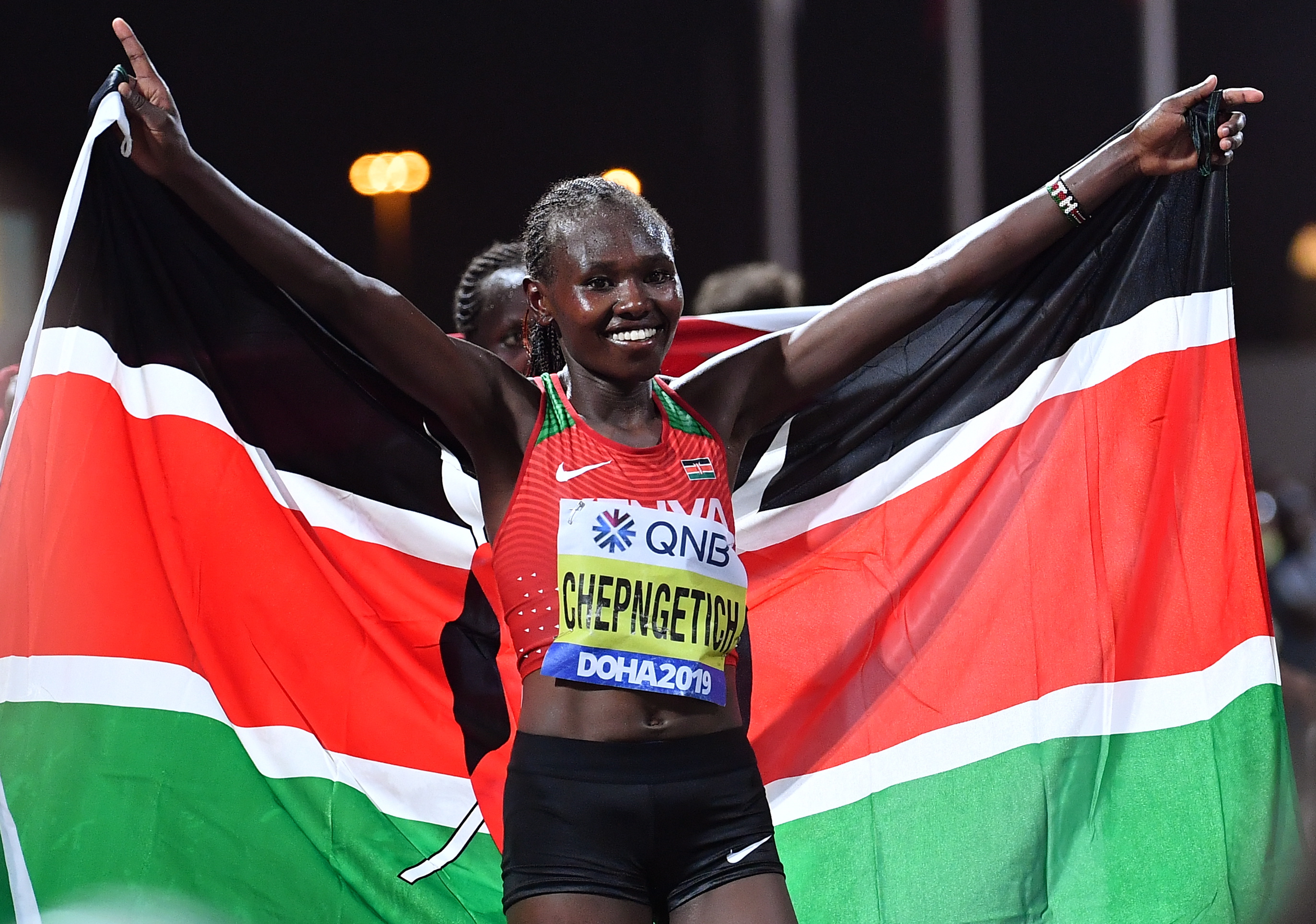 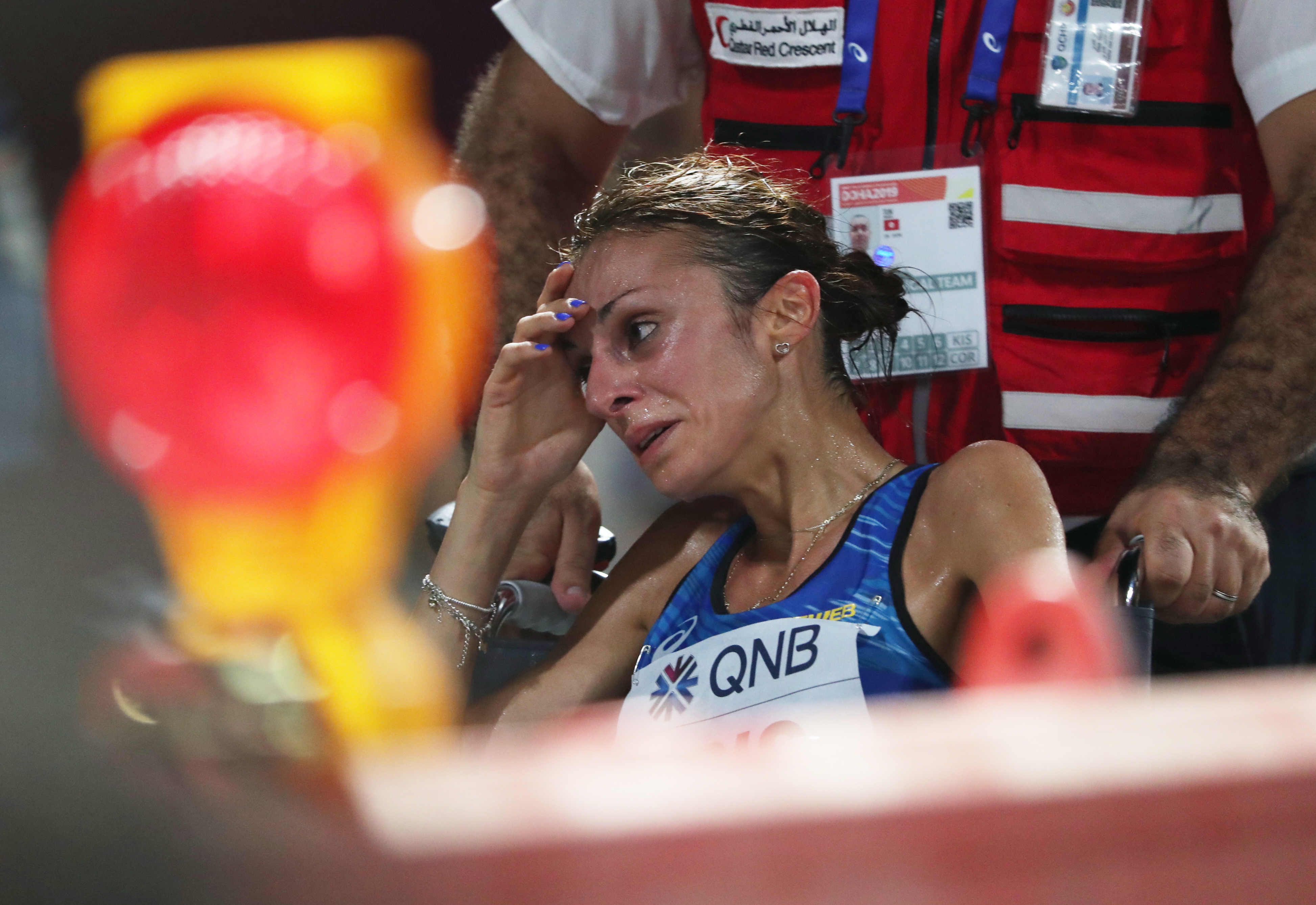 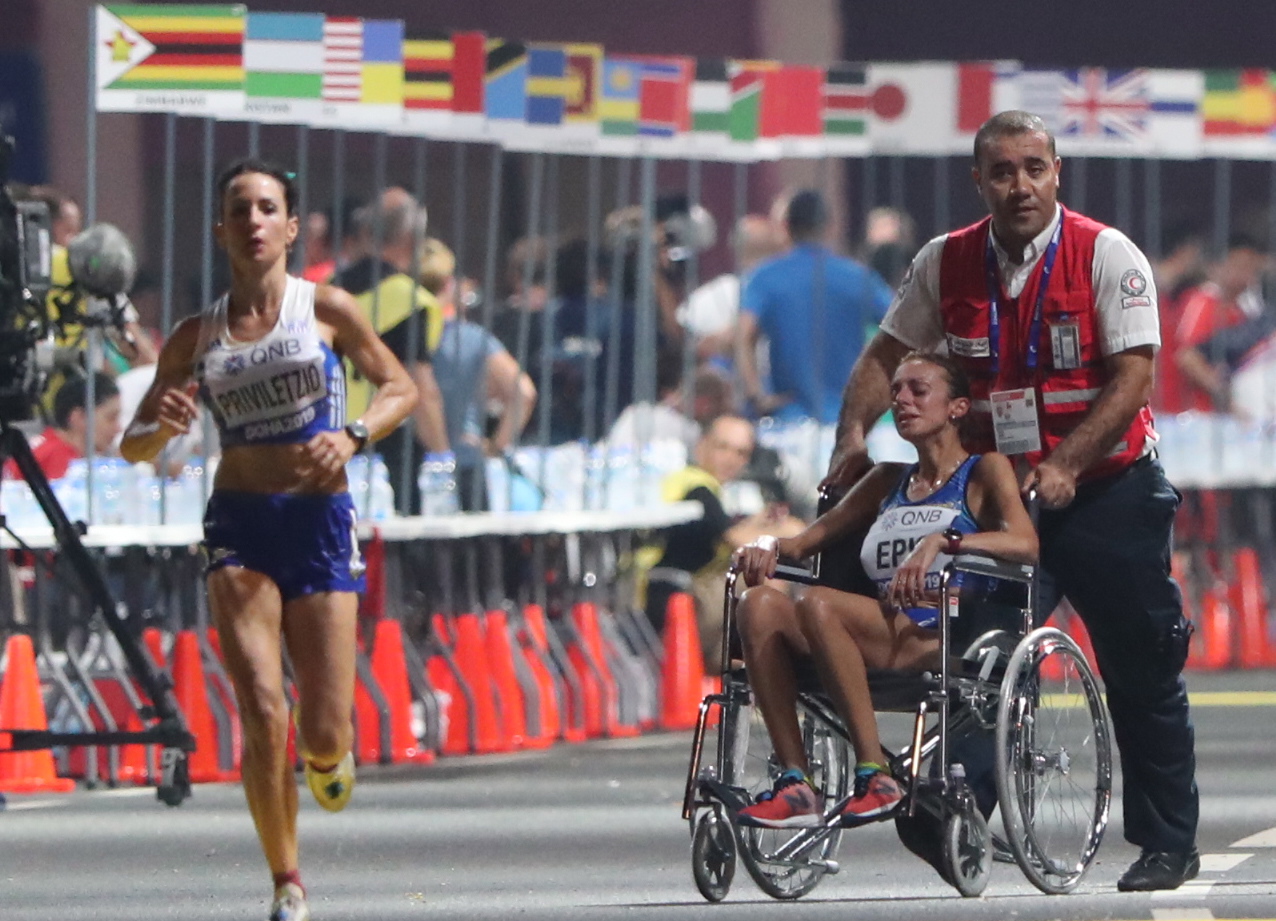 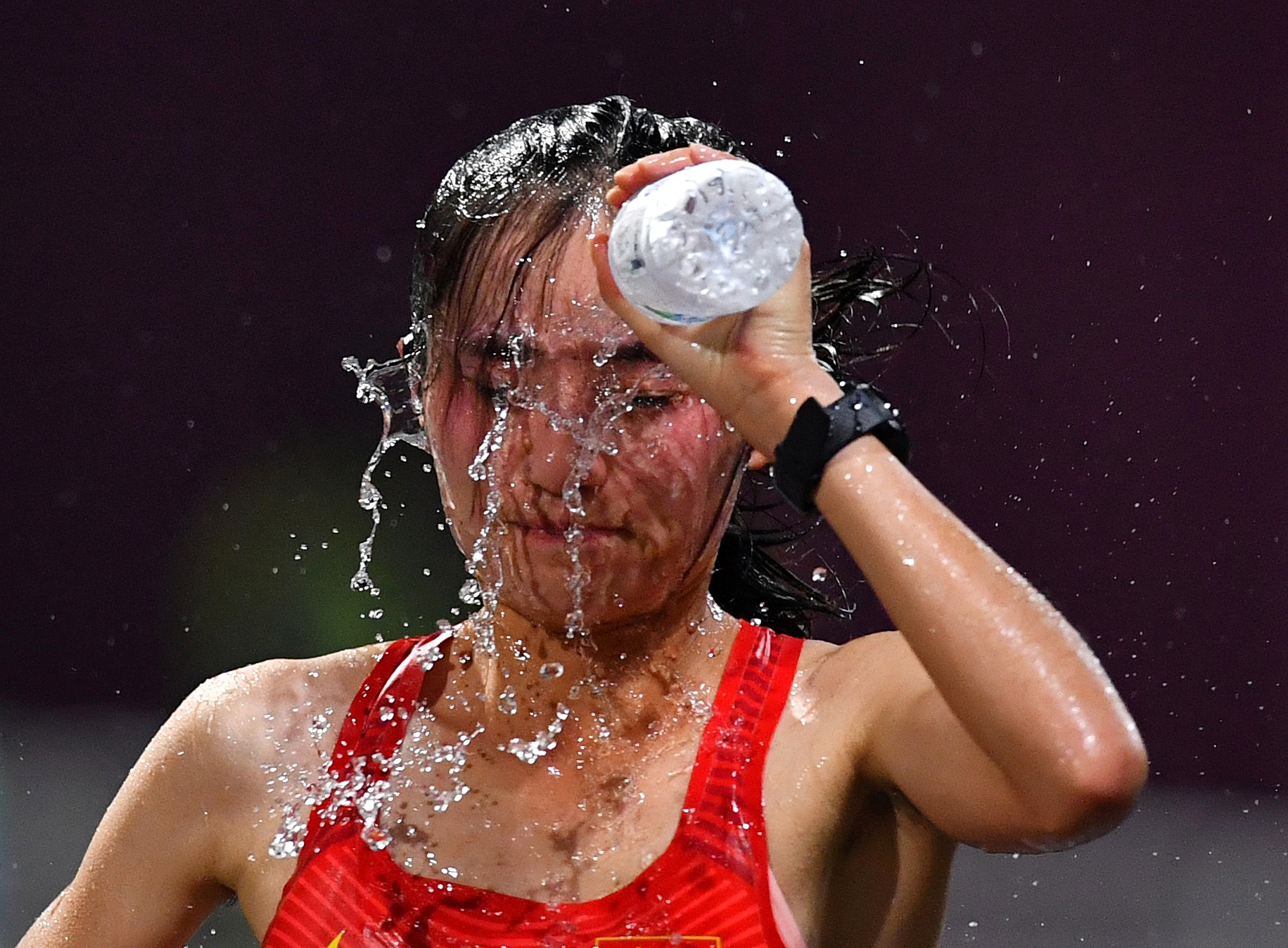 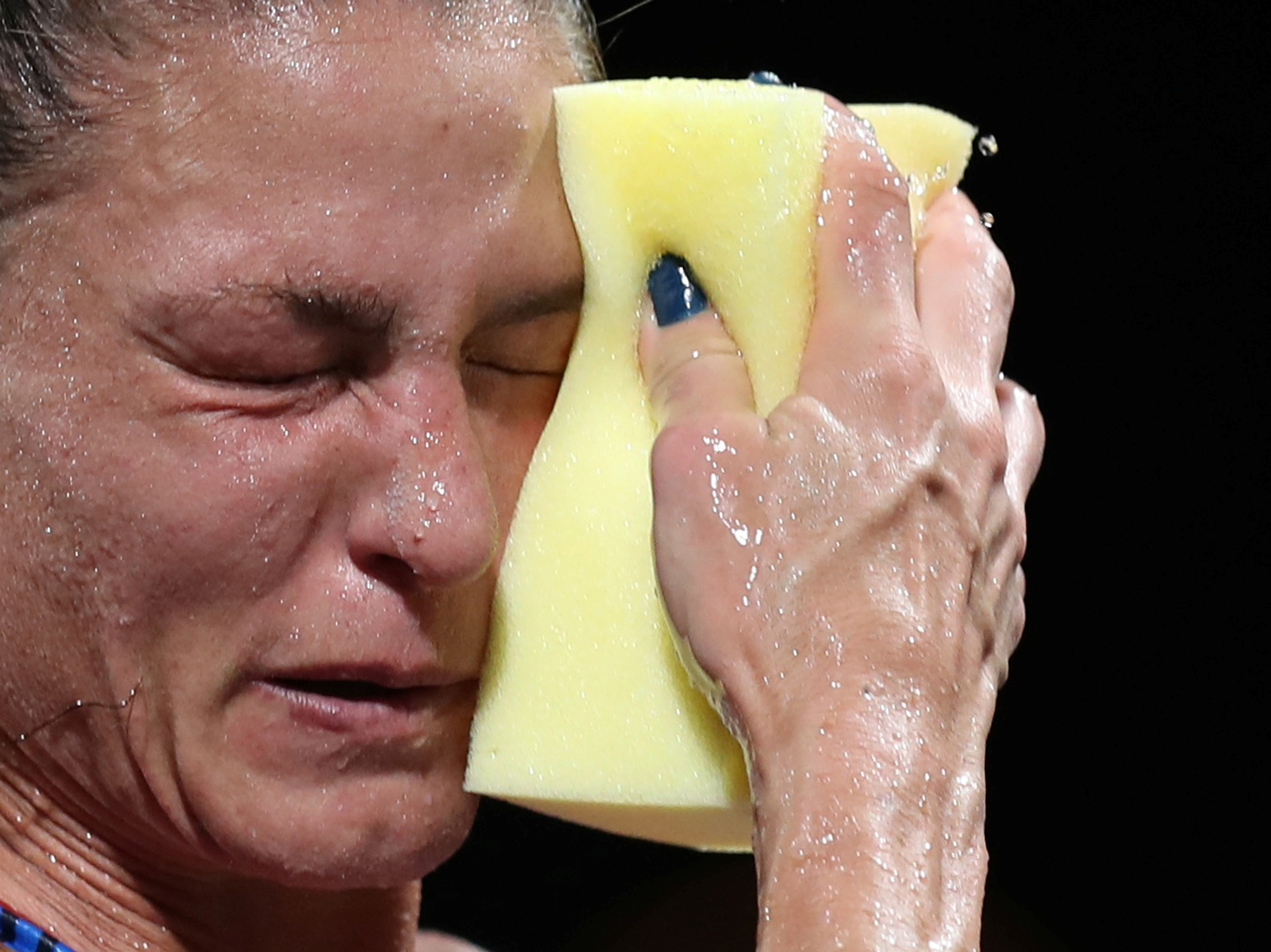 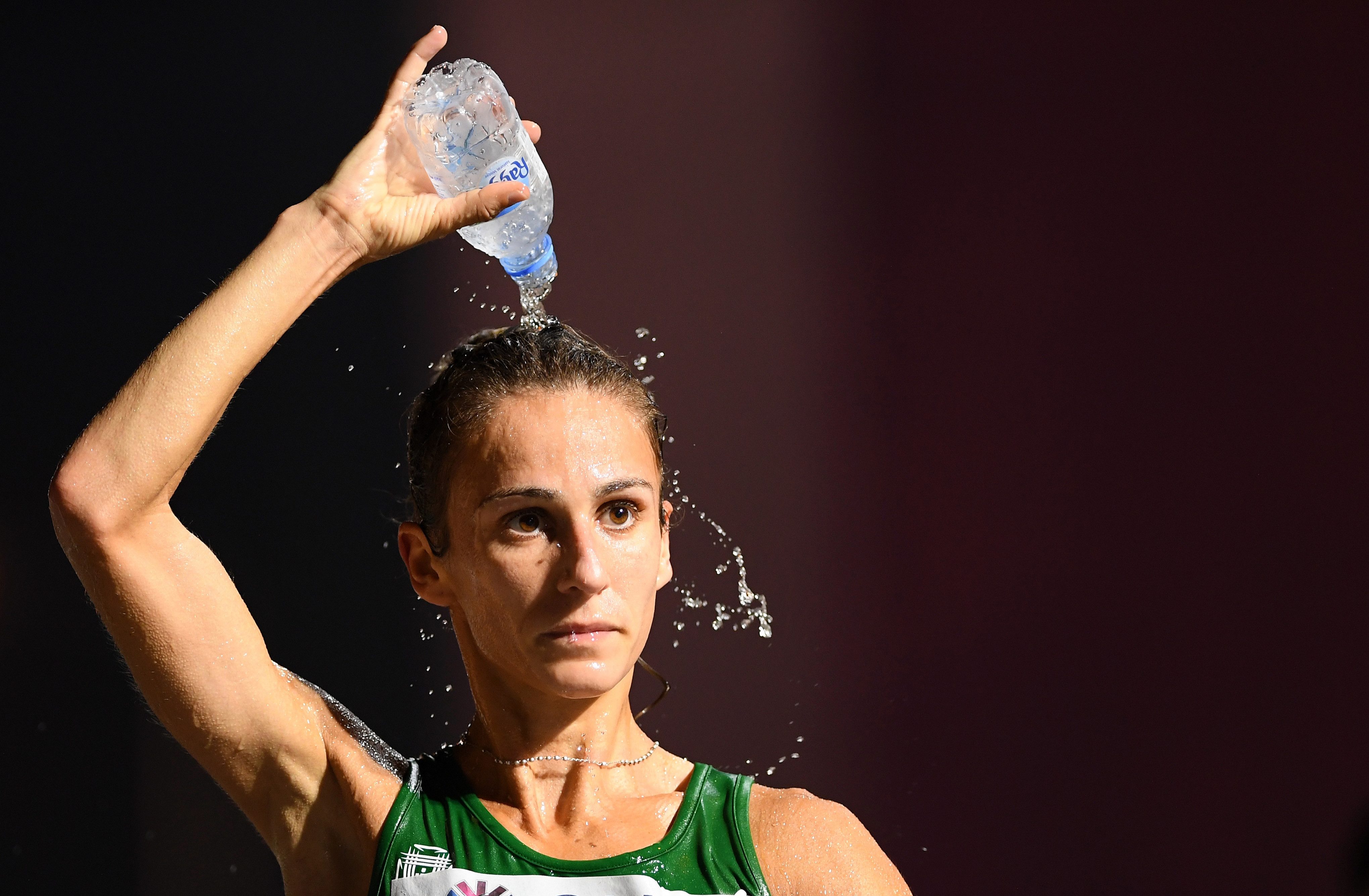 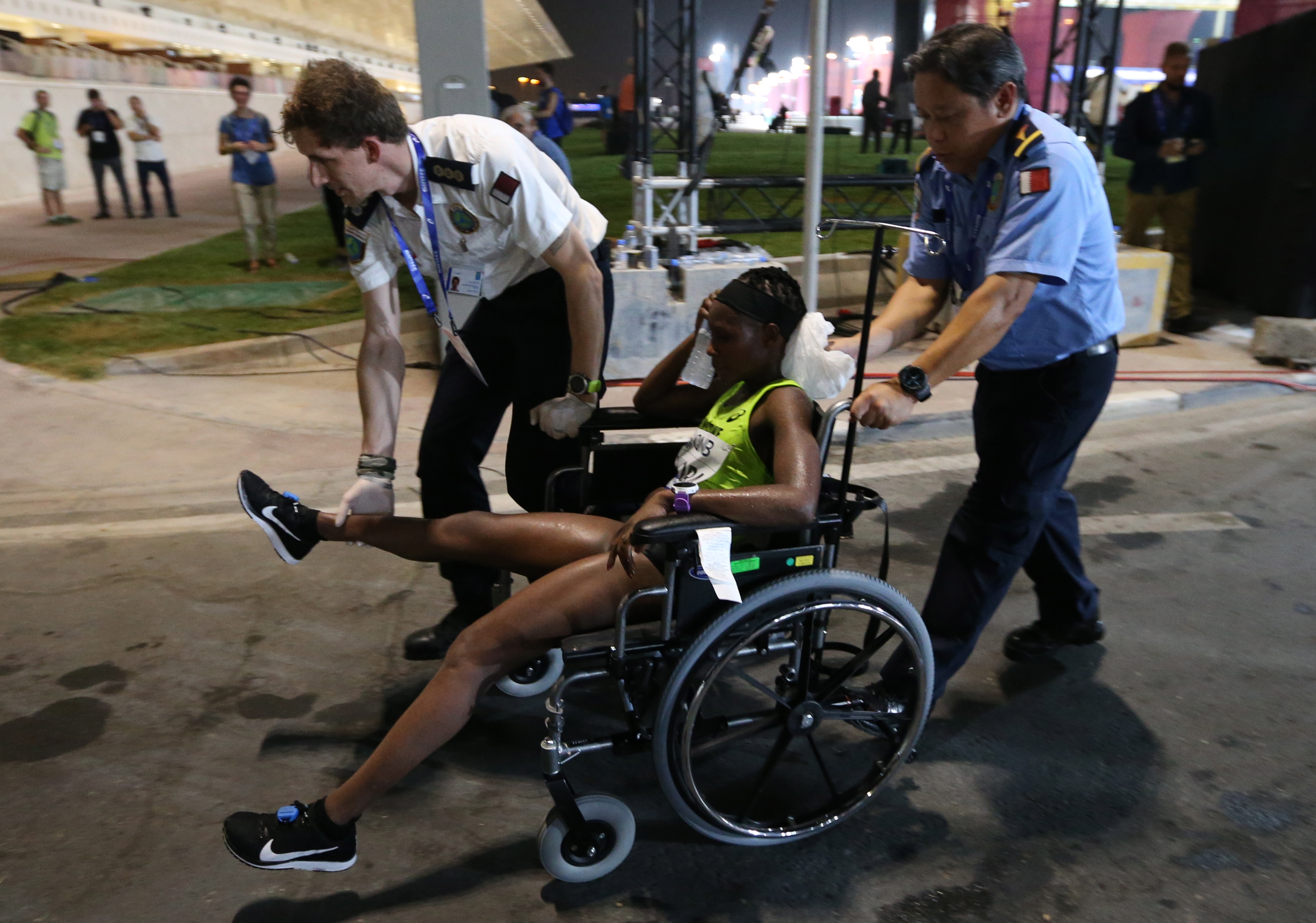 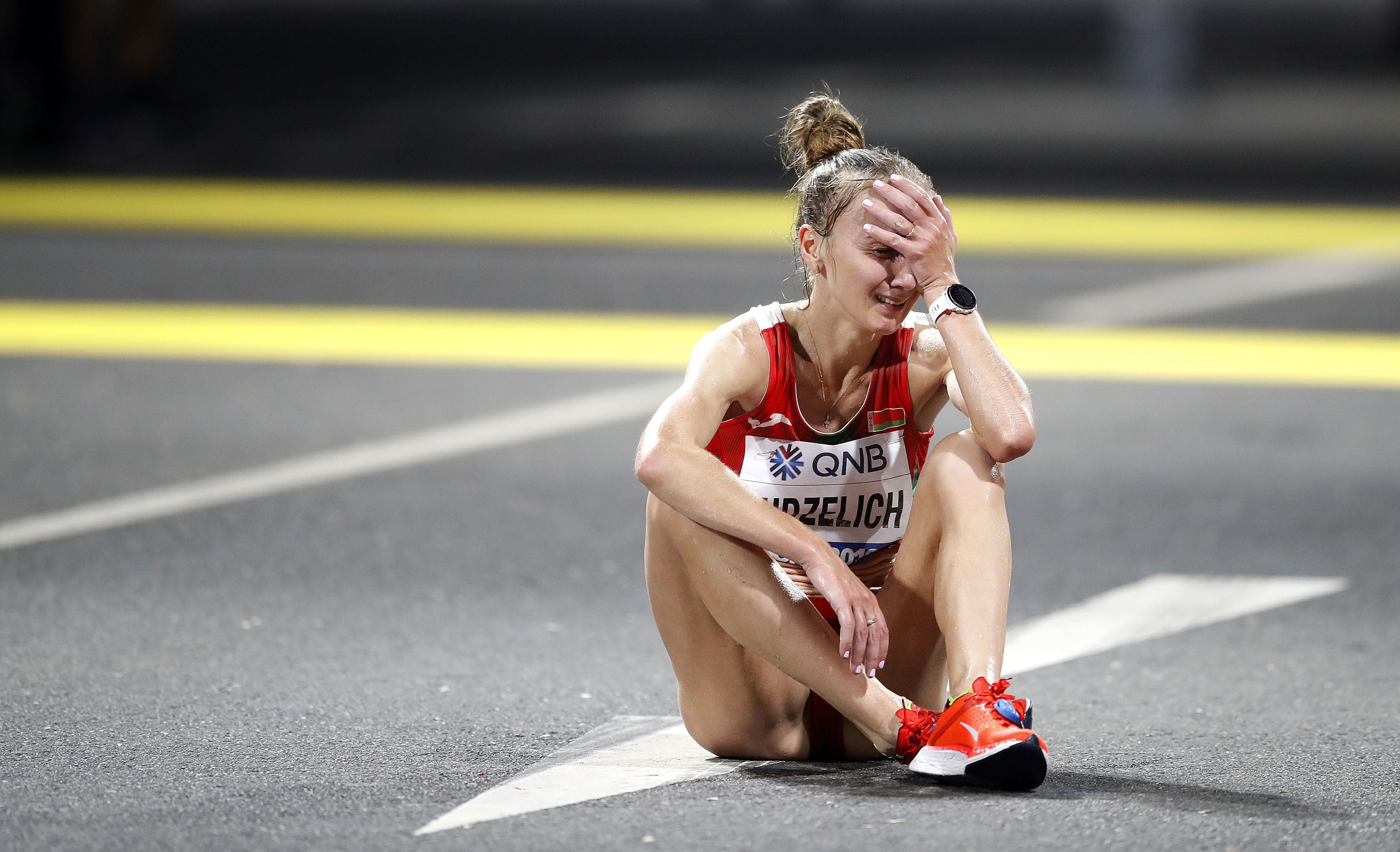