The 33-year-old set the mark of 2hours 1min and 39sec in Berlin, breaking the time set by Dennis Kimetto back in 2014. 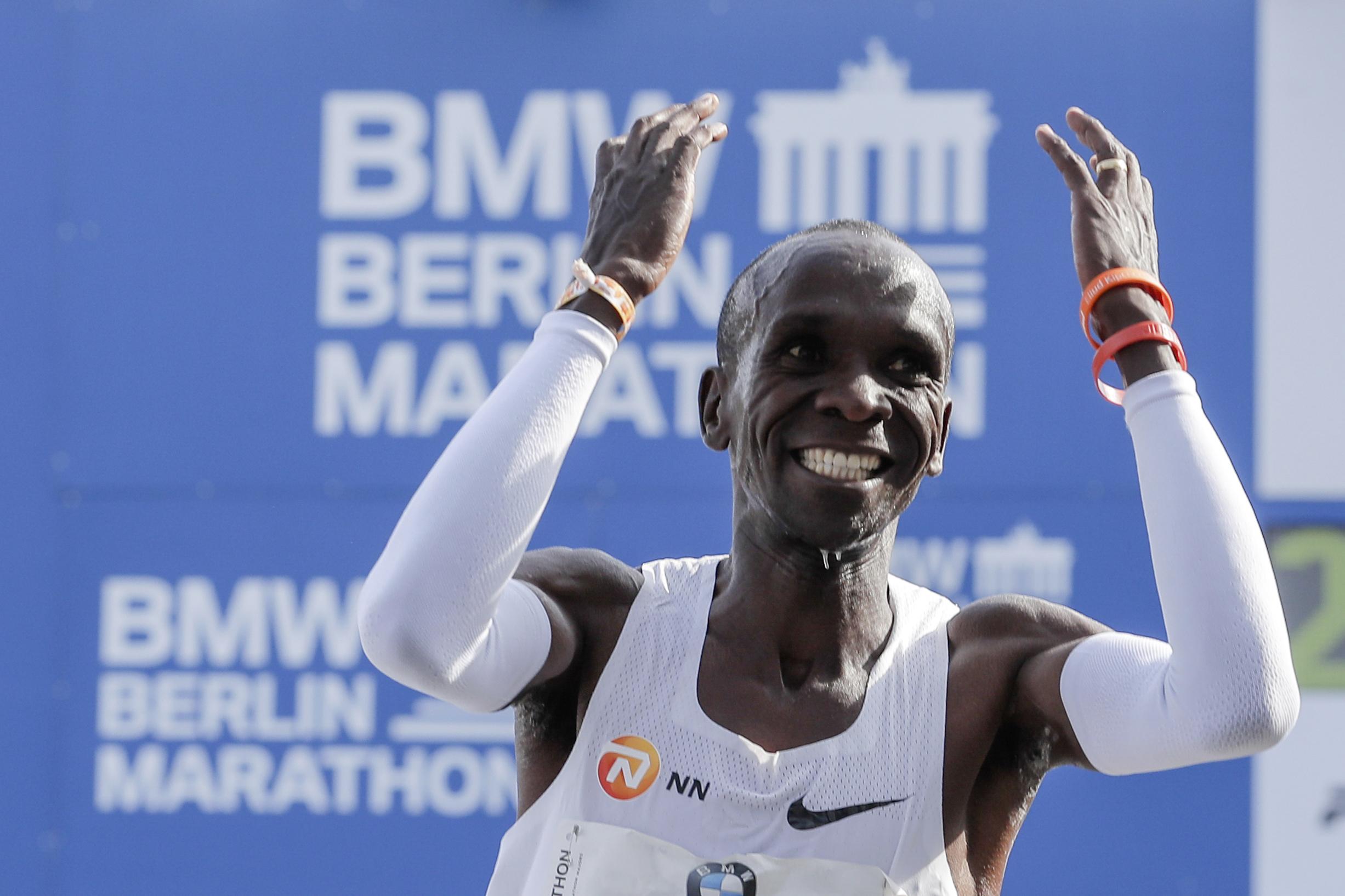 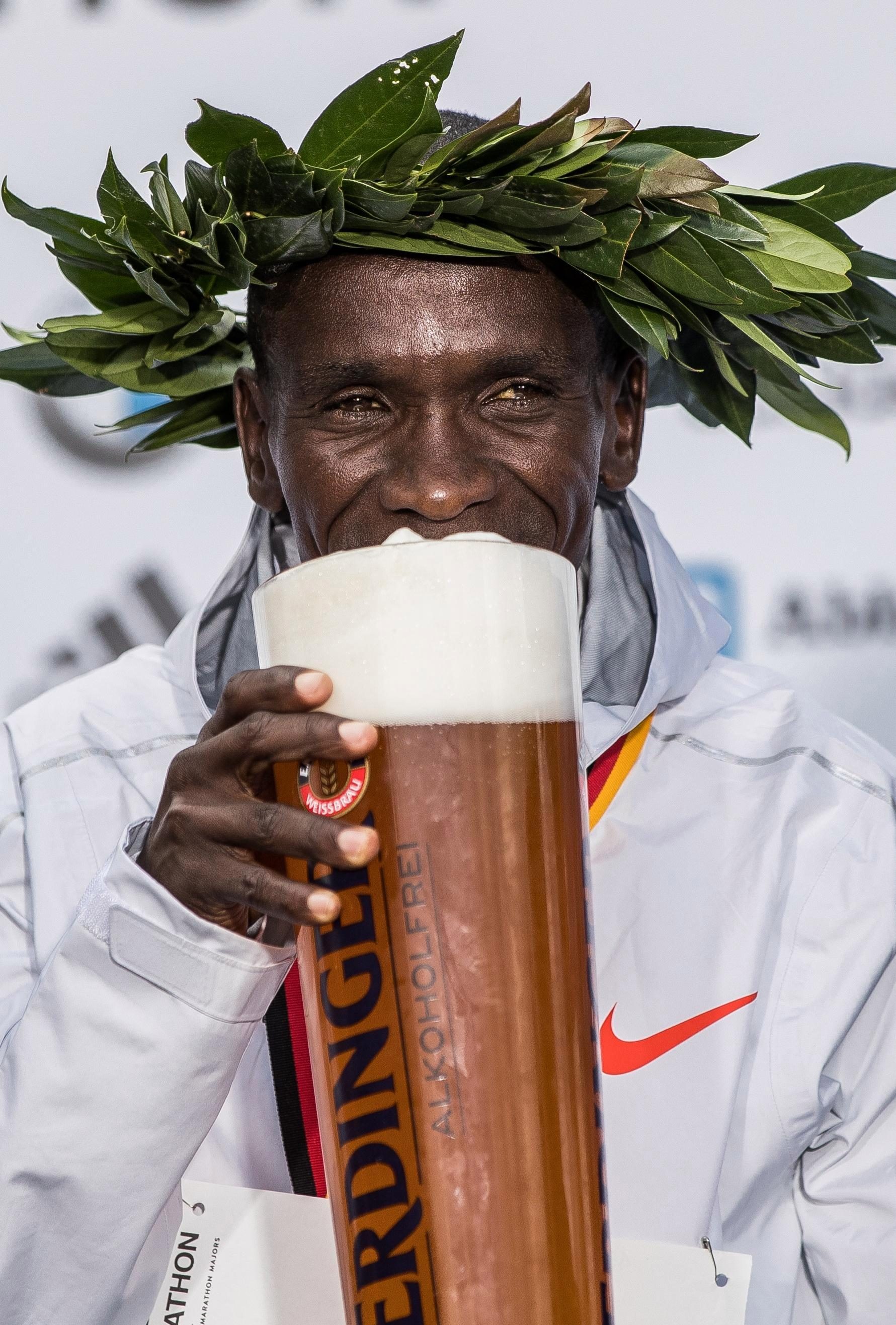 Kipchoge won the London Marathon for the third time earlier this year and has long been tipped to break Kimetto's time.

He was then handed a ginormous celebratory stein of beer to commemorate his feat and grinned as he tucked into the brew.

His time was so fast he beat his nearest rival Amos Kipruto by almost FIVE MINUTES.

His countryman and Tottenham star Victor Wanyama was among those to pay tribute to Kipchoge's achievement as the midfielder posted congratulations on Instagram. 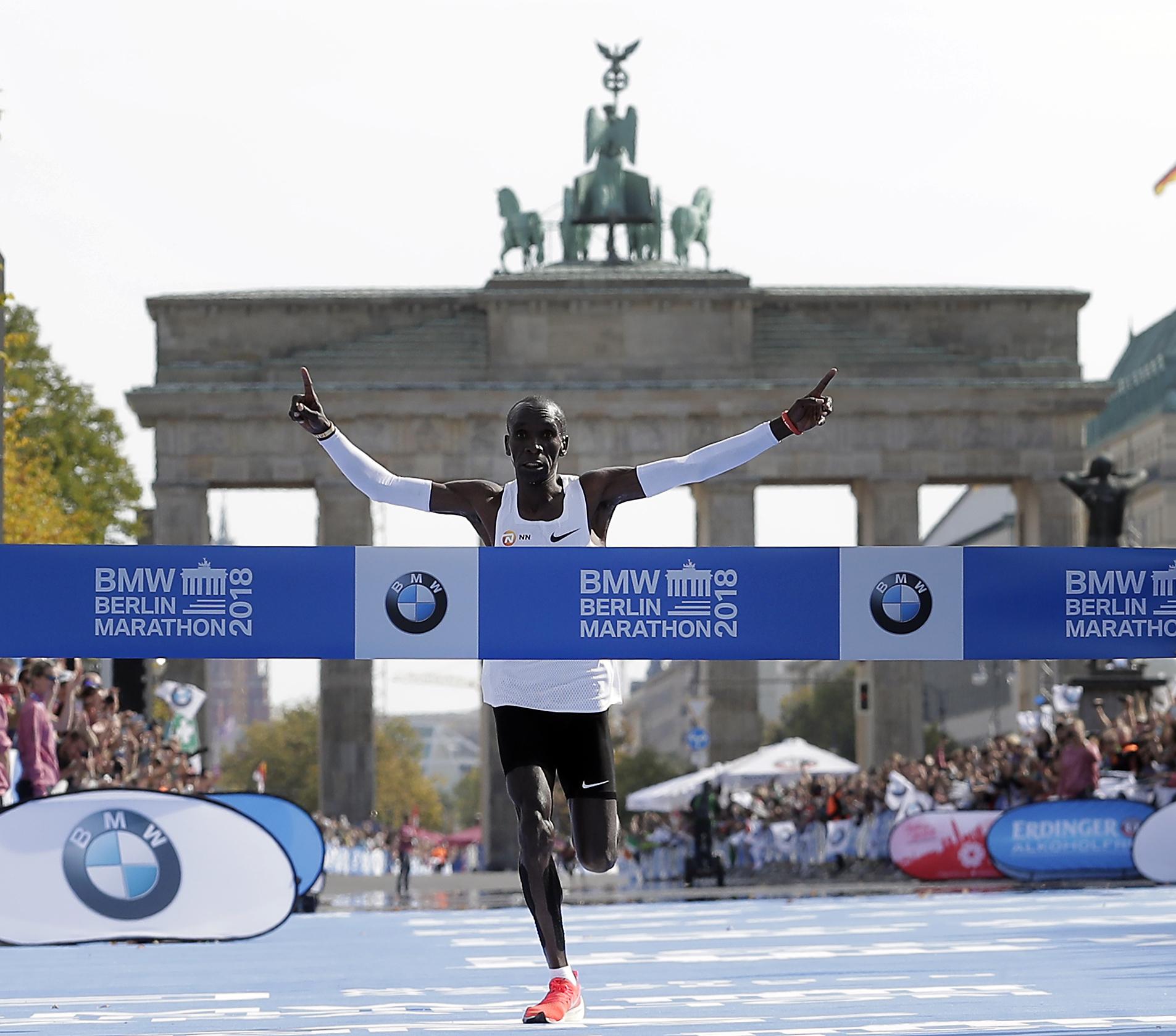 He said: "Congratulations to my friend @kipchogeeliud for breaking the world marathon record."

The breakdown of Kipchoge's incredible average splits were revealed on Twitter as well, with his 100 metres breakdown coming down at 17.30sec average — a distance he runs 421 times over the 26.2-mile course.

He had favourable conditions this year, with mild autumn air and little-to-no wind creating the ideal setting for a fast time.

Kipchoge remarked on his previous failures to break the world record.

He said: "I lack the words to describe this day.

"They say you miss two times but you can't miss the third time."