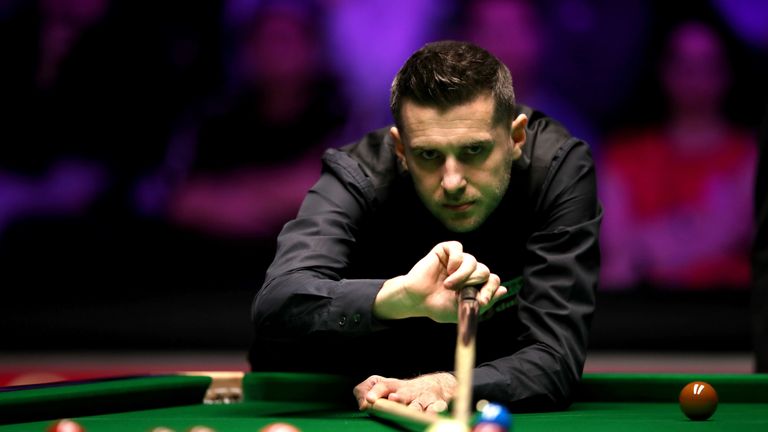 Gilbert scored just 14 points in the first four frames as Selby compiled breaks of 88, 68, 79 and 85 and the 36-year-old from Leicester came out on top following a safety battle in the next to make it 5-0.

A break of 101 finally got Gilbert on the scoreboard, only for Selby to respond with breaks of 130 and 97 to end the session with a 7-1 lead and a 97 per cent pot success rate.

Selby won the ninth frame on the black and rounded off the victory in style with a break of 101 to win his first Home Nations title and the first prize of £70,000 in Crawley.

“It’s been a long time since I won my last tournament so it’s been tough,” Selby, whose last win was the 2018 China Championship, told Eurosport.

“I’ve been second-guessing myself for the last year, thinking, ‘Am I doing everything right, do I need to change anything?’ But all my close family and friends told me, ‘It’s worked before, it’ll work again, you just need to carry on believing’, and thankfully I did.

“I’m absolutely over the moon to win another tournament on UK soil, a lot of my wins have been out in China.

“To play Dave in a final was an absolute privilege and it’s only a matter of time in my eyes before he wins one and when he does I think the floodgates will open.”

Gilbert, who had been hoping to win his first ranking title, said: “It was an absolute Selby masterclass. He does that against me all the time in practice so it’s nothing I haven’t seen before. I was just hoping that he didn’t do it today.