Shattered by a dire Test series against Pakistan, Mitch Marsh believes he has exorcised his UAE demons with a fighting Sheffield Shield century for Western Australia.

The maligned Test all-rounder regained his mojo with a stirring 151 as the Warriors reached 7-450 at stumps on day three of their Shield clash with Queensland in Brisbane on Monday, grabbing an unlikely two-run overall lead. 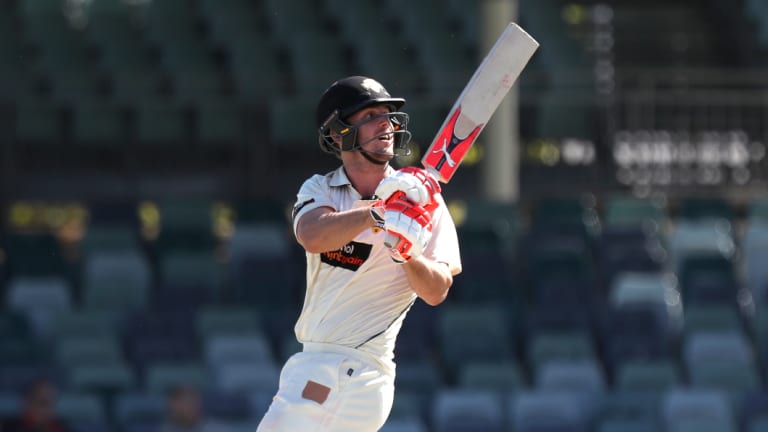 The knives were out for Marsh ahead of Australia's Test series against India starting next month after his horror recent run against Pakistan in the UAE.

Marsh cut a frustrated figure after making just 30 runs at 7.50 in their 1-0 Test series loss to Pakistan.

It prompted selectors to surprisingly overlook him for Australia's one-day series against South Africa and demand Shield form.

"It is very satisfying. I came home shattered after the UAE series because I had worked so hard but it didn't come off for me," Marsh said following his 10th first-class ton.

"I have been in and out of national squads for the last five years and you learn to deal with that pressure of trying to score runs (to keep your spot). It is about enjoying it.

"My only goal was to play with a smile on my face and enjoy being around the group – I am pleased I was able to do that."

Marsh is full of confidence after addressing a worrying LBW problem and flourishing on an Allan Border Field deck similar to the UAE wickets that found him wanting.

"I tinkered with a few things with my batting when I got home," Marsh said.

"This is a similar wicket to Dubai …(so) to be able to spend that amount of time in the middle here and be in a big partnership for WA is really special."

Marsh said a key tweak was keeping his lanky frame more balanced at the crease after he was dismissed LBW three times in four innings by Pakistan.

"I got out being hit on the pads three times … so I had to (stay balanced at the crease) and play with more intent," he said. "I think I lost my intent in UAE.

"That's when I play my best cricket. Not just hitting the ball hard and hitting fours but with intent in defence.

"When I have that mentality, I know I am good enough."