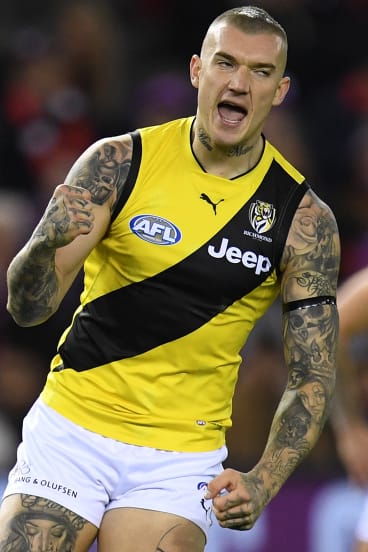 This was a night when there were highlights aplenty for Richmond but it was a relatively low-key moment that summed up why they strode to a 54-point win over a listless St Kilda on Friday night.

It came 12 minutes into the second term when Jack Riewoldt marked more than 50 metres from goal and had a decision to make. Already with two goals to his credit, on a night dedicated to raising money for the Maddie Riewoldt Vision, a foundation established in honour of his late cousin, the champion forward could easily have opted for the ‘‘hero’’ kick.

Instead, he chose to pop the ball up about 20 metres from goal. The ball spilt from a pack, allowing Dion Prestia to pounce on it and drill the Tigers’ ninth goal.

This contest was already over to that point – the Saints had one goal – but it reinforced how selfless the Tigers have become, in particular Riewoldt, who had struggled to always follow the team decree during the club’s lean years.

Riewoldt finished with four goals and is arguably in career-best form as the Tigers take aim at successive premierships. They were so dominant their ability to flip the ball around, find space and hit a target by foot or hand meant this too often resembled something of a glorified training session, leaving this as yet another fizzer in the marquee timeslot for the AFL and broadcasters.

The ease of the Tigers’ victory was a surprise considering the Saints had won three of their past four matches, prompting coach Alan Richardson to declare through the week his team was ‘‘building’’ momentum. However, the only momentum Richardson had at quarter-time was vigorously questioning his players after the Tigers had opened up a 32-point lead.

Their efficiency was shown in that they booted six goals from 15 inside 50s. Jayden Short, enjoying a fine season, contributed four of the inside 50s, while Dustin Martin and Kane Lambert found plenty of the ball. 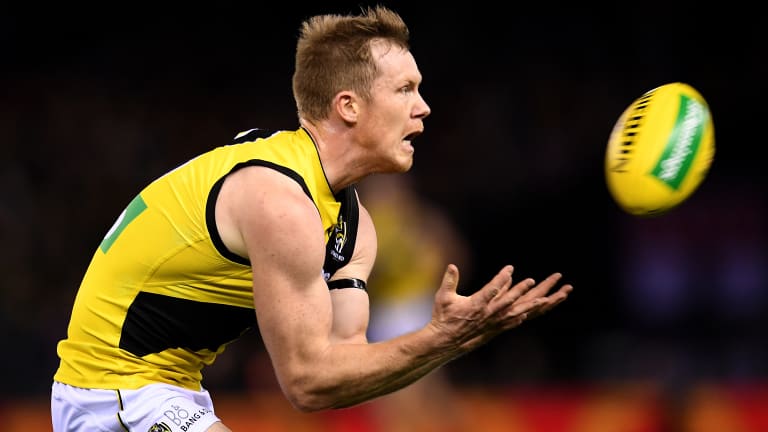 Jack Riewoldt was a constant scoring threat at Etihad Stadium.

Martin, playing with a contagious confidence, even arrogance, after a mid-season lull, finished the night with 30 touches. He had a cut to the side of his eye after a clash with Josh Battle in the second term but it did not hinder him.

Prestia, a fellow midfielder, continued his strong form since returning to the side three weeks ago, having 26 disposals and contributing three goals.

Ruckman Toby Nankervis set the scene in the middle, while his physicality around the ground was instrumental in the Tigers’ runners finding space.

The Saints, smashed in contested ball, were held to their lowest half-time total against the Tigers since 1975. Veteran David Armitage, having enjoyed a strong month, spent time on Martin but was unable to find the ball himself through the night. Jack Steven worked hard and will have a goal-of-the-year contender after his mid-air swipe in the third term from about 10 metres out in the pocket sailed through but the Saints, lacking class, had few counters to the Tigers’ run and crisp defensive set-up behind the ball, the latter led by pillars Alex Rance and David Astbury. 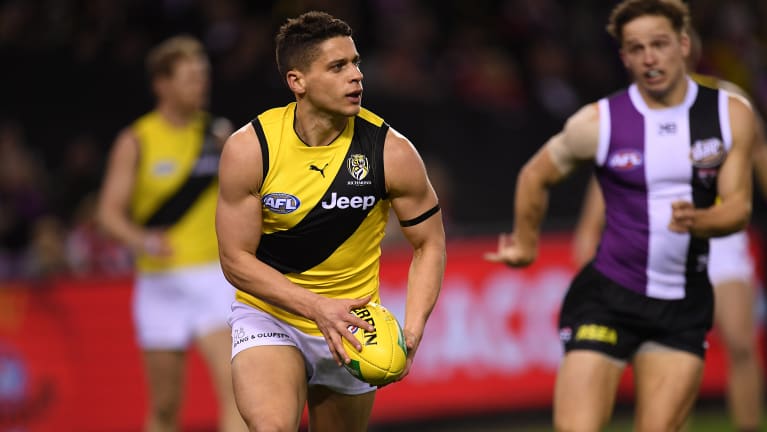 Kane Lambert’s commitment to the cause was reaffirmed late in the first term when he ran back with the flight of the ball and marked inside forward 50.

The Tigers may have lost narrowly to Greater Western Sydney last week but they remain a step ahead of most teams. Just how far will become clearer over the next fortnight when they face Collingwood and Geelong. They also have depth, and the selections heading into the finals will be intriguing.