FORMER MEP Martin Daubney has been ridiculed online after mistakenly praising two England stars for not taking the knee… even though they were Romanian.

Much of the debate leading up to the friendly at the Riverside Stadium was centered around the reaction to players taking the knee. 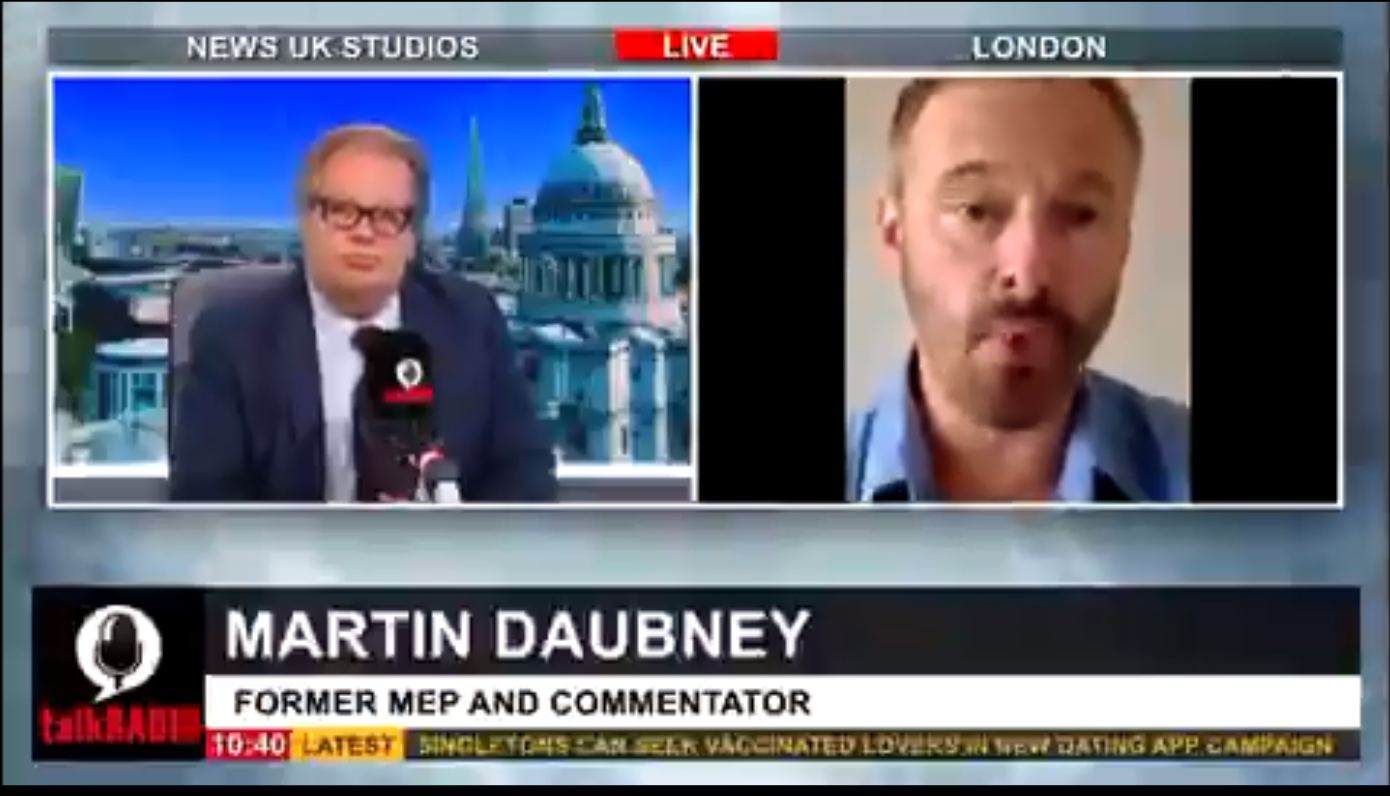 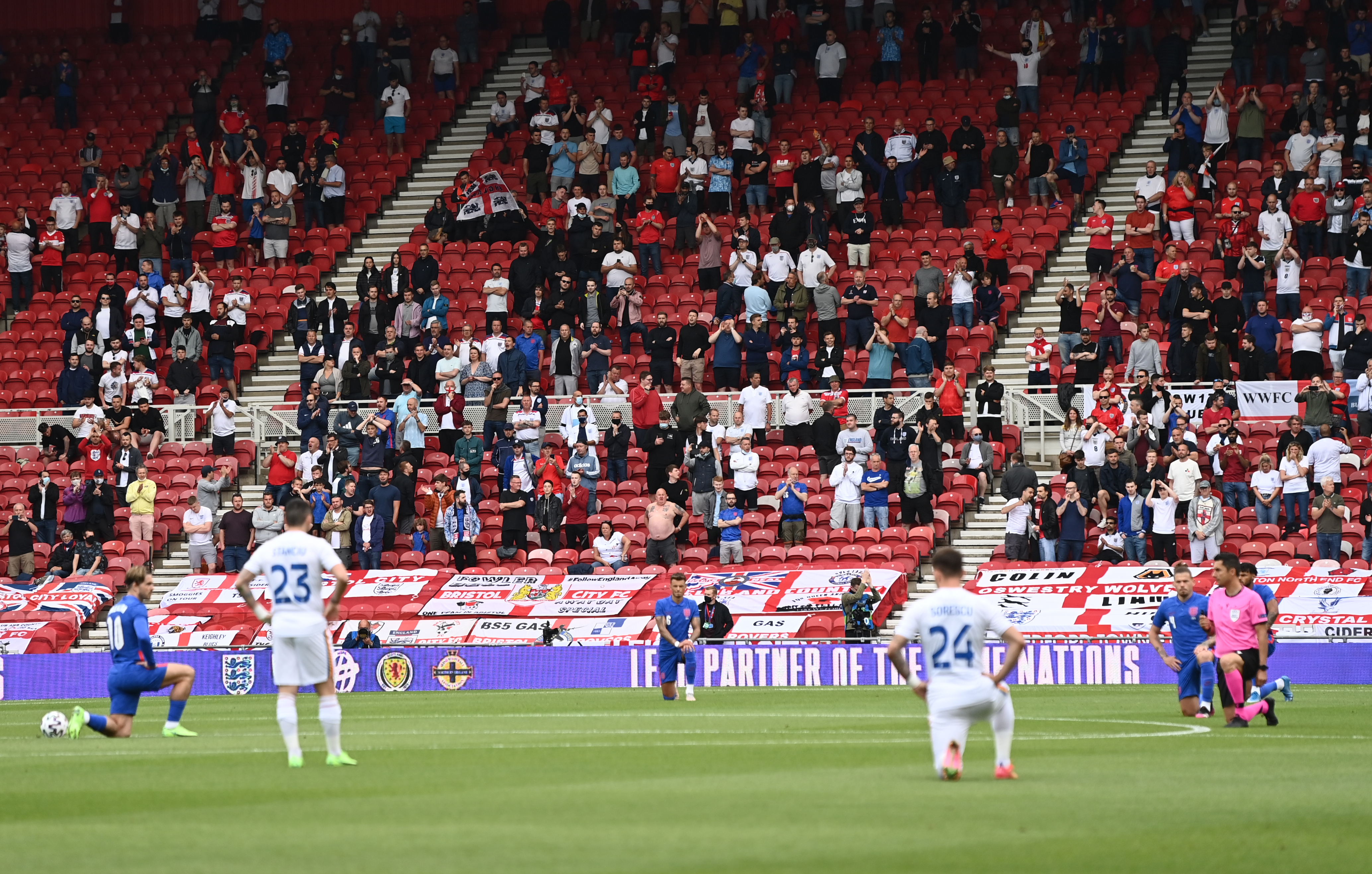 Just days prior against Austria, boos rang around the Riverside moments before kick-off.

It was a similar reaction against Romania despite England's determination to continue raising awareness of racial inequality this summer.

Daubney made his thoughts on the matter clear on live national radio although failed to differentiate the two sides.

England played in blue instead of their traditional white and it appears the switch bamboozled Daubney.

Speaking to TalkRadio, he said: "Interestingly if you look last night at the Riverside Stadium, there were two England fans, two England players I beg your pardon, who didn't take the knee.

"I wonder if any of your listeners know who those players are, I'd like to say well done to those lads, they are leading by example."

They were, in fact, two Romania players who refused to take the knee.

Moments before going on air, Daubney tweeted: "Join me on TalkRadio at 10.40am when I will be saying it's time to end the divisive virtue signalling of taking the knee at football – we must axe it before Euro 2020 or it will majorly kick off." 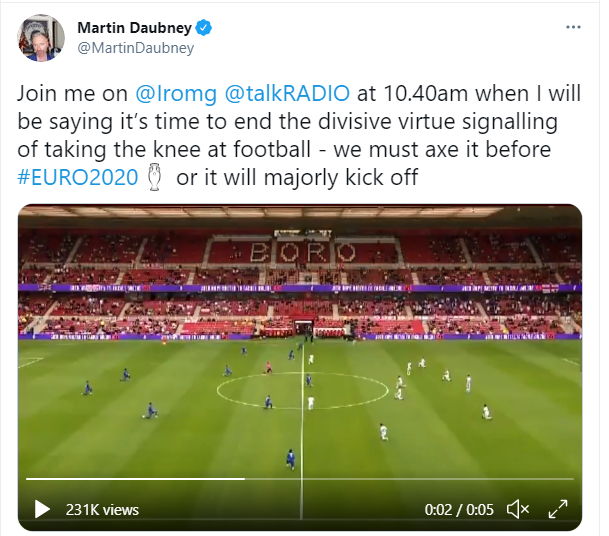 He then added: "Two England players didn't take the knee, Do any of you know which ones – I'd like to say 'well done' to them."

Unsurprisingly, he was mocked online for the gaffe before hastily deleting his tweet.

One user commented: "England are in blue pal, hope this helps."

Another wrote: "Care to name the England players you thought had remained standing? No, you didn't evenknow which team was England."

A third said: "Make sure you know which team is England and which isn't before making your little tweets."