MARTIN SAMUEL: Jose Mourinho needs to learn to smile again – and so do Manchester United

In the end, there were just too many reasons for Manchester United to part company with Jose Mourinho, but here are 11 of them: De Gea, Young, Bailly, Smalling, Shaw, Pogba, Matic, Mata, Sanchez, Rashford, Martial.

Whoever is Mourinho’s replacement, temporary or permanent, will look at the squad of players – the 11 above, plus the likes of Romelu Lukaku, Jesse Lingard, Fred and Marouane Fellaini – and think he has good raw material with which to work. 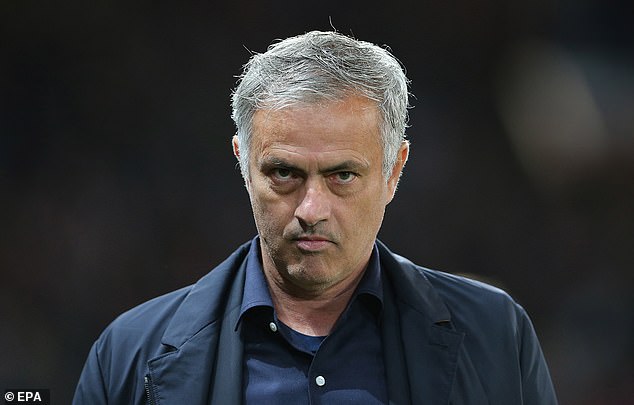 Virgil van Dijk has had more shots at goal since the start of October than Lukaku, and any new coach will think he can alter that. Manchester United are not as bad as Mourinho has made them look. We can debate the direction the club has taken since Sir Alex Ferguson stood down, we can debate the executive stewardship of Ed Woodward, and the way forward from here, but that is the bottom line. And it is why, ultimately, Mourinho’s dismissal was inevitable.

It wasn’t just the defeat at Liverpool, but the manner of it, that proved fatal. Whatever the table states, the gap between these great clubs when they meet, head to head, is never expected to be large. Between Manchester United’s first title under Ferguson, 1992-93, and their last, 2012-13, United finished ahead of Liverpool in 20 of 21 seasons. Yet the league match-ups during that period do not reflect this superiority

United won 23 of the 42 games, Liverpool won 11 and eight were drawn. So no matter the gulf between the clubs this season, United were expected to put up a fight at Anfield, the way an inferior Liverpool team once did.

That this did not happen, that United were insipid by comparison to Jurgen Klopp’s team brought home the malaise under Mourinho. If the players could not be inspired to fight for United there, of all places, something had to change. Then, the next day, the club pulled Paris Saint-Germain in the Champions League.

By then, Mourinho’s fate was probably sealed, but any last shred of hope must have evaporated when that name came out of the hat. In 2009, when Roman Abramovich dismissed Felipe Scolari, Chelsea were fourth in the league table. They were dropping fast, however, and the owner became convinced that with Scolari in charge there was no way past Juventus in the Champions League knockout stage. 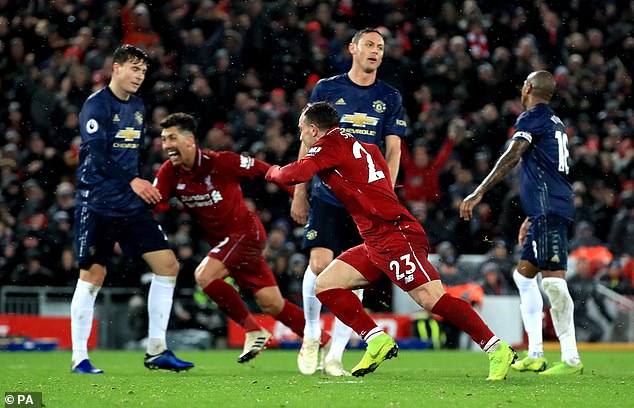 It wasn’t just the defeat at Liverpool, but the manner of it, that proved fatal for Mourinho

Perhaps Manchester United’s directors had a similar epiphany when PSG loomed large. That trapped in this swirl of negativity, the game was as good as lost. PSG are quite probably a stronger side than United no matter who is in charge, but it must have hurt to see their club’s chances so casually dismissed when the draw was made.

United, in pot two, should be considered one to avoid, among the most dangerous runners-up, the way Liverpool and Tottenham were. Instead, the pairing would have been viewed as a stroke of luck in Paris.

Manchester United’s stock has fallen greatly this season, as the mood has worsened and Mourinho has sunk into a spiral that appeared entirely counter-productive. It was not always what he said, because many of his points and criticisms had worth, but the way he communicated and in particular his timing, that seemed to promote a culture of negativity that was the antithesis of the Manchester United way.

Ferguson was a tough boss, but his man-management skills were famed. As Manchester United’s players grew increasingly timid and tame, it was impossible not to link these traits to the regular public dressing-downs they received from Mourinho.

He questioned the character of his young players, he questioned the ability of his forwards, the strength of his defenders, the intensity and physicality of his entire team; he even turned Paul Pogba’s World Cup win into a negative. And while many of his assertions had credence, put together, they added up to a barrage of brickbats that were always likely to strip the confidence and joie de vivre from a team.

‘Everyone should enjoy coming to work,’ as one employee had it. And while that may not be true on the factory floor, it certainly should resonate at Manchester United. Yet Mourinho’s team so rarely played with a sense of release, of fun. They were often slow, often scared and, when freed from the shackles of club football and the manager’s judgements, often better individually. 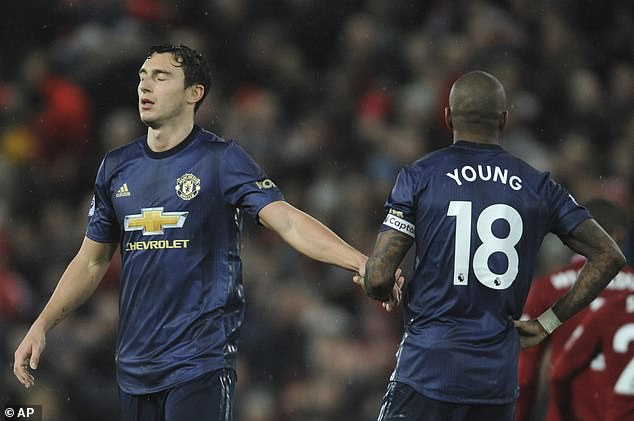 Pogba, plainly, was more influential for France in the summer than he had been for Manchester United – and Mourinho had an explanation for that, to do with focus and concentration, and an absence of distraction in camp at an international tournament.

Fair enough. Yet England players will say that the best footballers day in day out when Gareth Southgate’s squad gets together are the two, young, Manchester United forwards: Jesse Lingard and Marcus Rashford. So what happens for United?

Lingard was good last season – although less influential in this campaign – but Rashford is a mystery. As direct and confident as he looks under Southgate, so he plays within himself for Manchester United. Mourinho has resorted to statistics to bat away claims that Rashford is stagnating on his watch. Yet reeling off minutes played – and Rashford is well used – does not tell the whole story. How is he playing in that time? What is he learning?

Obviously, the natural exuberance of youth does not last a career; but Southgate is clearly extracting more from the player than a manager who works with him almost every day. United were not improving under Mourinho, yet he doubled down on the criticism, the tension, the antagonism, and the recourse to history. His titles, his Champions League wins, his glittering past. Yet what relevance is that in a season when Manchester United have lost to West Ham and Brighton, and failed to beat Wolves, Crystal Palace and Derby at home? What does that matter now?

Yet just because the buck stopped with Mourinho on Tuesday, does not mean a change of manager equates to all problems solved. The new man may get more from this group, may lead to an upturn in mood and results, but Manchester United’s commercial acumen continues to be the smartest thing about the club, and more than five years since Ferguson’s departure, its football operation appears as much mired in the past, as the pre-match play list at Old Trafford. A lot has happened since the Stone Roses. 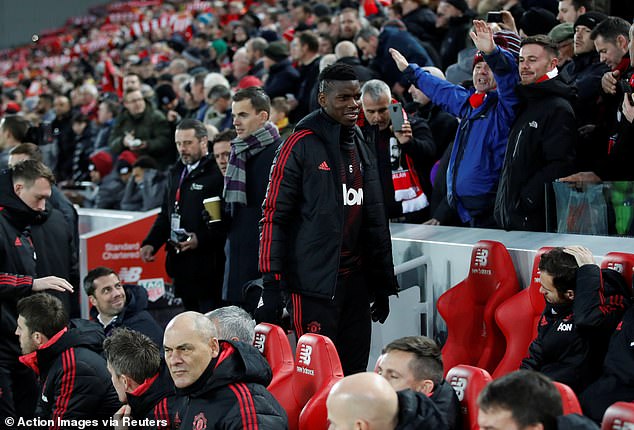 It is no secret that Mourinho was shocked at how backward the club was in some aspects when he arrived, and while he resisted the appointment of a modernising director of football, he was not wrong in many of his observations.

Manchester United’s recruitment policies have fallen far behind those of Liverpool, and Manchester City, and the succession of managerial appointments post-Ferguson seem reactive, changing philosophies on a whim. There is much talk about the United cornerstones of promoting youth and playing attacking, ambitious football, but how many of their managers since 2013 chimed with those traits?

Equally, if Mourinho was backed with a new contract, why was he not backed in his justified desire to improve the club defensively last summer? Increasingly, it looks as if United forget to put the football first, boasting of social media numbers and marketing coups while the team regresses.

‘This trade generated some interesting social media statistics. It was the biggest United post on Instagram with two million likes and comments, the most shared United Facebook post ever, the most retweeted United post ever, and the hashtag #Alexis7 was the number one trending topic on Twitter worldwide. To put that into context, the announcement posts generated 75 percent more interaction than the sale of Neymar to Paris Saint-Germain.’ 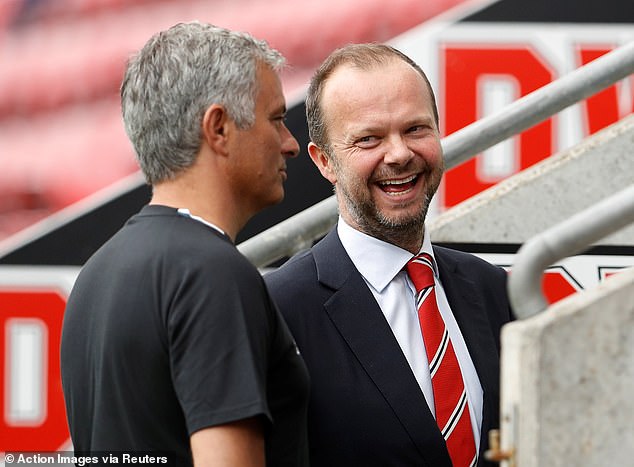 It looks as if United forgot to put the football first, increasingly boasting of marketing coups

And then Sanchez turned up and played like a drain in a position in which Manchester United were already well served, failing to move them an inch closer to the Premier League’s pace-setting teams.

All clubs chase brand expansion and awareness but the best way to achieve it remains through success. That was how United grew under Ferguson, but recently the club appears to have more invested in commercial sideshows. Part of Mourinho’s friction with Pogba seemed to be an attempt to reassert his authority; this would not have happened if he was confident of the club’s priorities.

The long-term future, it seems, will involve two appointments: coach, and director of football. Mauricio Pochettino reunited with Paul Mitchell is, one imagines, the dream team.

As for Mourinho, maybe he needs to follow Pep Guardiola in spending time away from the game. He won six league titles and the Champions League twice after arriving at Porto; since joining Real Madrid in 2010 the biggest prizes have been limited to two league titles.

Most managers would kill for that, but Mourinho is not most managers. He needs a break. He needs to learn to smile again; and so do his team. 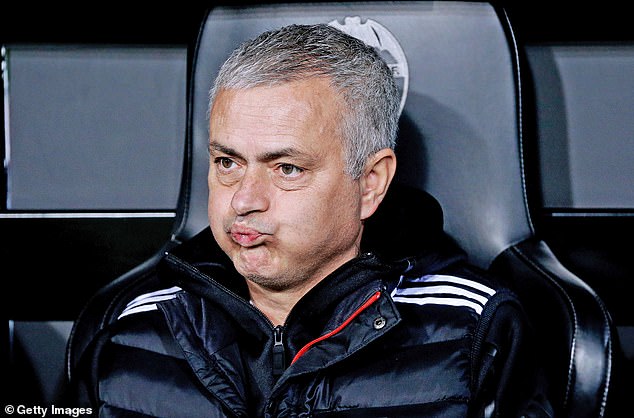 As for Mourinho, maybe he needs to follow Pep Guardiola in spending time away from football