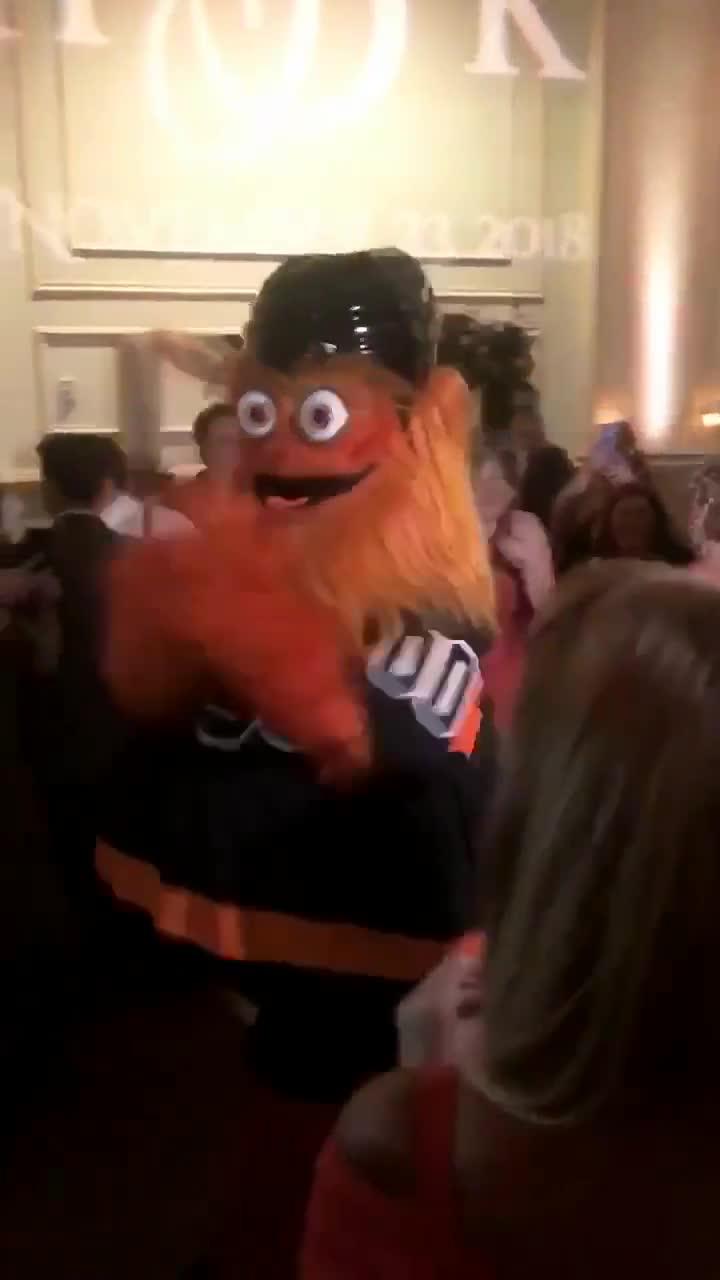 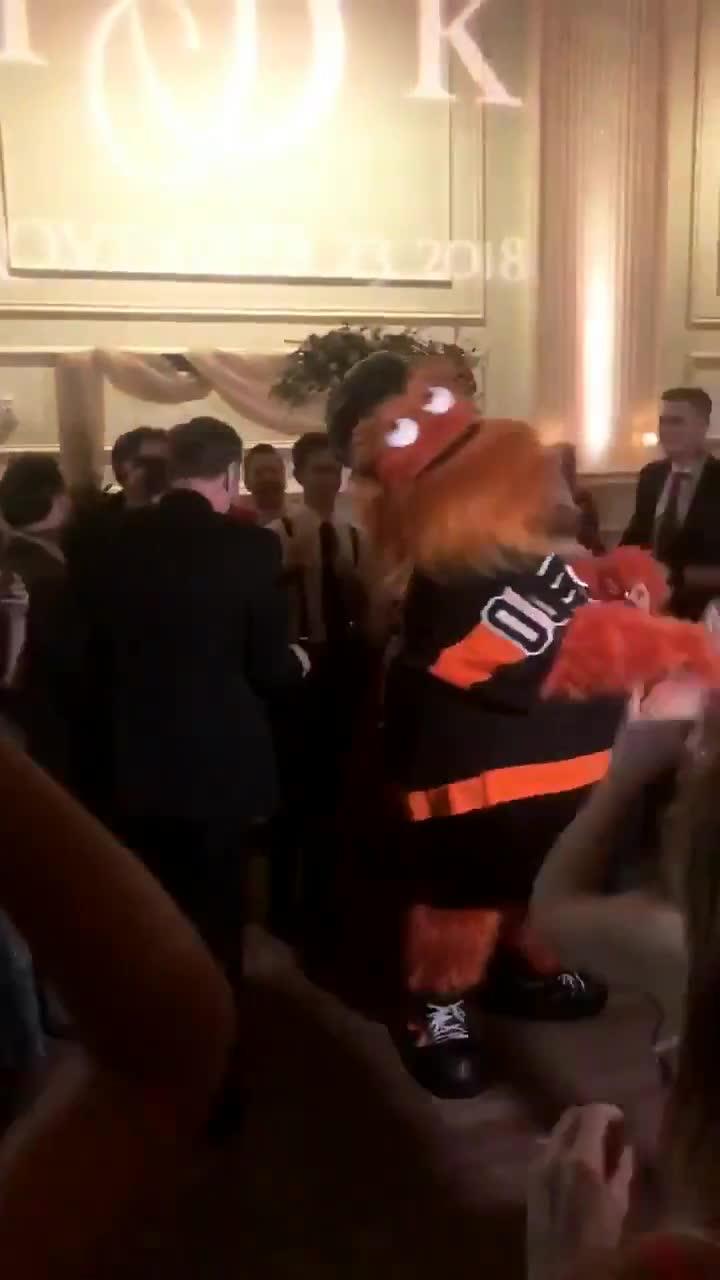 The orange monster was none other than Gritty, the mascot of National Hockey League team the Philadelphia Flyers.

The brilliant video shows the mascot stealing the show as a circle of guests claps and cheers.

Mary wrote, in full caps: "Gritty just showed up at this very Philly wedding I am at and I have never been more starstruck in my life."

She later added: "This is the most important thing that has ever happened to me" and "the people love Gritty and so do I." 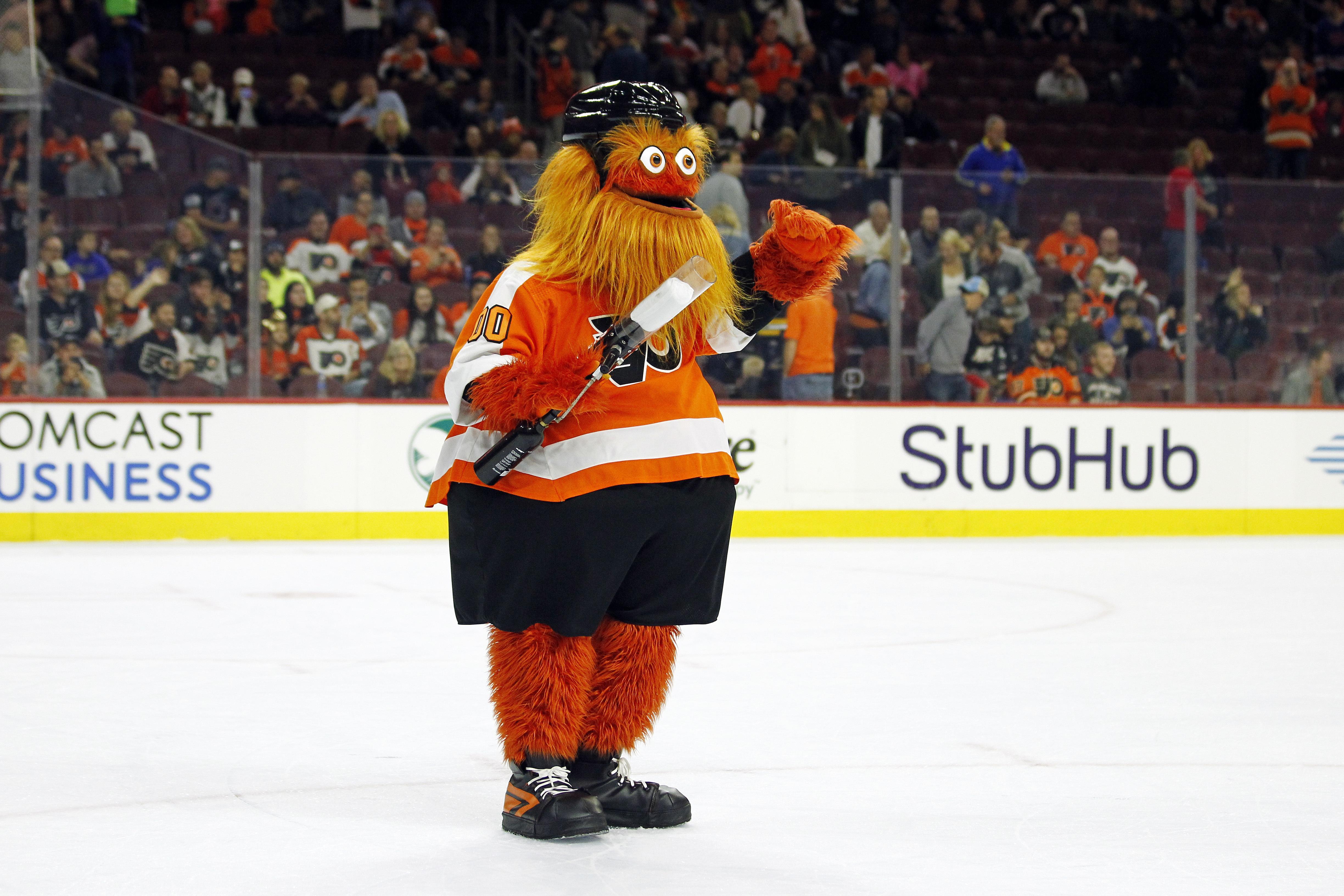 Gritty is a 7ft furry monster with googly eyes who was only introduced at the end of September – he is the Flyers' first official mascot in their history.

His introduction, and monstrous appearance, was initially met by mocking from fans and pundits before he became a cult hero and national sensation.

Gritty has appeared at Donald Trump protests and even had a local beer named after him: 'Nightmare Fuel'.

The mascot even appeared on the Tonight Show with Jimmy Fallon, Last Week Tonight with John Oliver and Saturday Night Live. 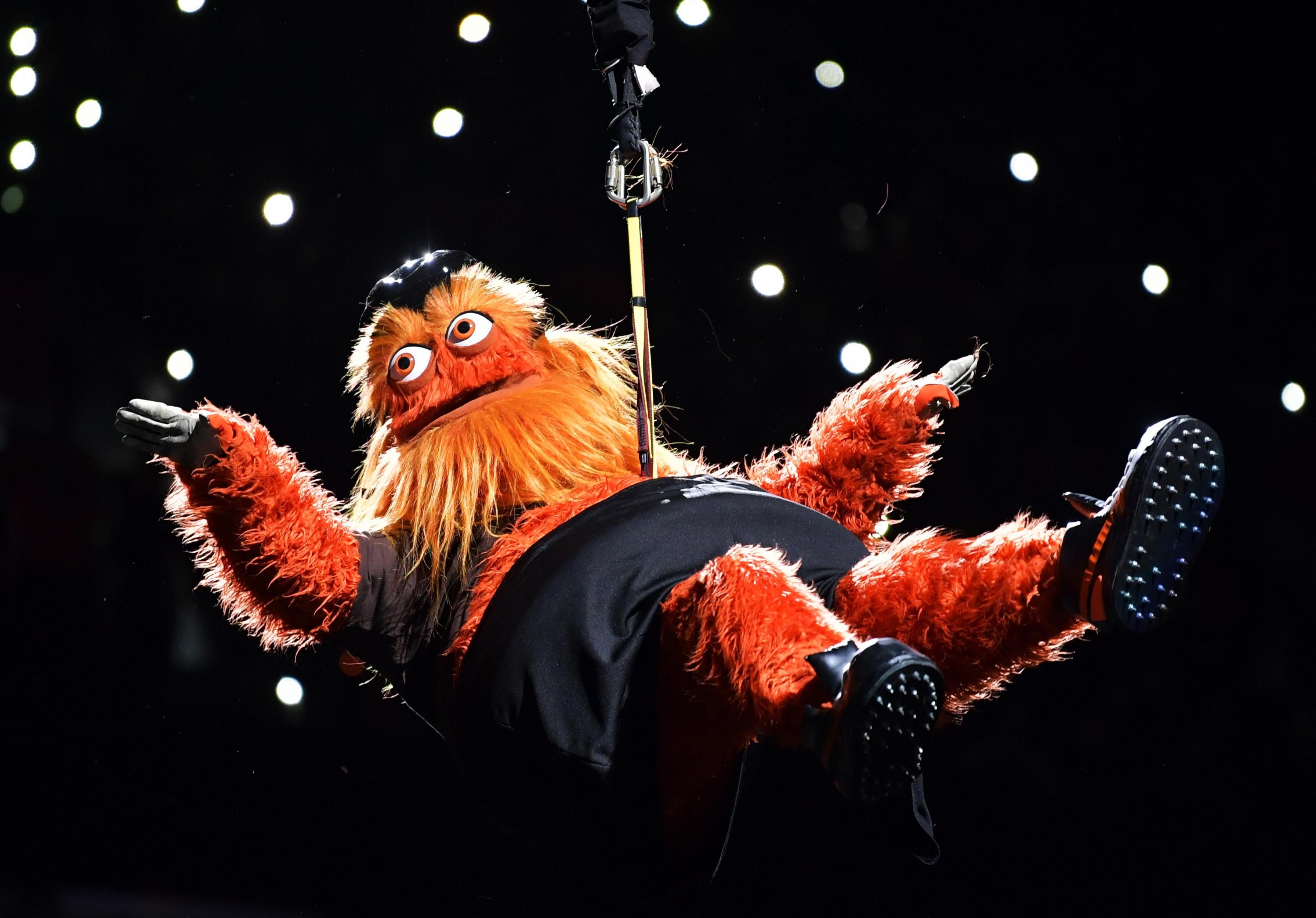 As they explained: "The mania surrounding this mascot upon his introduction is something we've rarely seen, as fans were aghast in the morning and then were basically getting Gritty tattooed on their backs by the evening.

"It's hard to judge something this new, but the googly eyes alone warrant a high ranking."