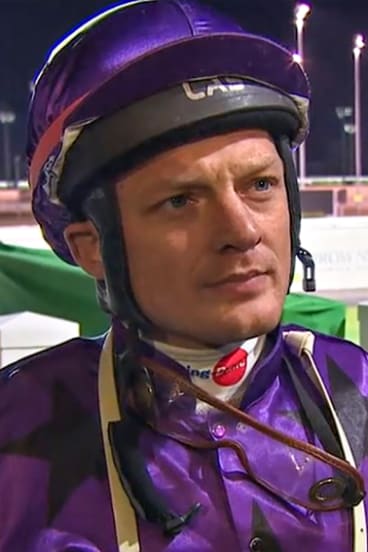 Jason Maskiell is back racing.

It's that focus, that determination, that ability to shut out everything else to just concentrate on their chosen field that separates the best from the run-of-the-mill performers.

It can bring adulation, great rewards and a strong sense of self-belief.

But it can also bring the opposite.

It can lead to a loss of confidence if results don't go well or things in a performer's personal life don't work out.

It can also  lead to drug dependency, the ruin of so many promising young lives.

Jason Maskiell knows both sides of the story. Having sampled the highs racing had to offer, his personal life plunged to depths that few who have not been in the grip of a drug as addictive as the methamphetamine commonly known as ice can understand.

Now clean and sober – he has also given up alcohol – the former top apprentice is determined to make the most of every opportunity that comes his way in a life in which, he says, he feels as though he has been reborn.

Maskiell was the champion Victorian apprentice in the 2009-10 season and finished runner up behind Luke Nolen in the riders' premiership.

The young Tasmanian looked to have every chance of becoming one of the state's leading riders.

But Maskiell went off the rails, his career nosediving as he became more dependent on drink and drugs.

He first got caught out in 2011 and was banned for six months. In 2013 he was tested and proved positive after riding at Kyneton, and was outed for 18 months. 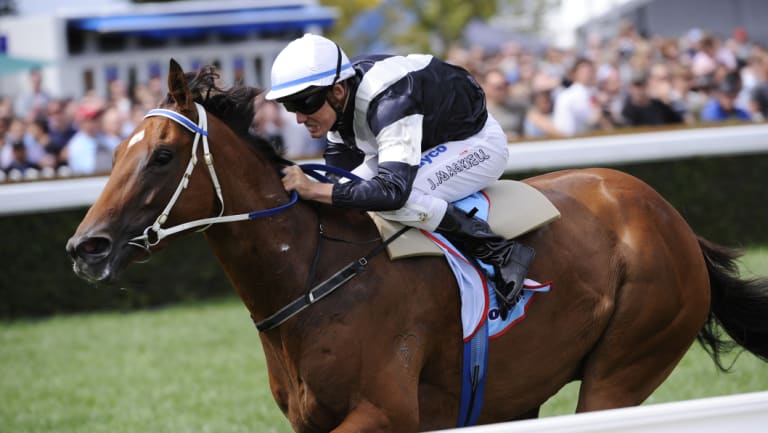 Maskiell during his racing days before addiction sidelined him from racing.Credit:Vince Caligiuri

With two strikes his career looked to be virtually over at the age of 23.

But Maskiell – son of former leading Tasmanian rider Stephen – has shown his resolve and determination to rebuild his career.

He has fought the cravings, temptations and desires for another hit and is slowly re-establishing himself.

The now 28-year-old knows that he, like any recovering addict, is only one bad day away from sinking back into his life-threatening vice, but he believes he has the support systems in place to help him recast his life.

Recently engaged to Candice Green, a Tasmanian hairdresser whom, he says ''I have known since grade three,'' he is living in Gippsland having struck up a relationship with local trainers Paul and Tracey Templeton, whom he met in Darwin during the NT carnival in August.

''Everything is going good at the moment. I am happy just to be back riding, healthy and happy,'' he said, after competing at Sandown on Saturday.

''I am living at Trafalgar. It's good for my head out there. I know the city would probably bring a little bit better opportunities, but the main thing is to keep my head right,'' he explained.

''If it takes another hour to travel to places so be it.''

Maskiell returned to race riding in Tasmania because his support system was there. But after a year he decided to test himself by riding in Darwin.

''I just wanted to go somewhere small away from my support system. That went really well, so I decided to come to Melbourne.''

He knows he can't do it all on his own.

''My fiancee is really good support. I get along with my family, Lisa Stevens the racing industry psychologist, who is really good. Des O'Keeffe (head of the Australian Jockeys' Association) is there if I need any more back-up.

''The biggest thing is to be up front and tell people where I am at.''

Addiction, he explains, ''is always there, it's not a thing that just goes away. It's a constant thing you have to work at".

''It's good now I can ring people, I can ring my manager, Mandy Allen, and say I need a couple of days off because I need to see the psychologist.

''It's better to be upfront. Everyone has been good, and as long as they are all on the same playing field it's good.

''Even the stewards have been fantastic. Any time I needed a little break they have been fully supportive of it.

''I have been clean just over two years now. It's still a constant thing. I used to dream about it nearly every night. Now I am only dreaming about it once or twice.''

His strike rate has been excellent, around 25 per cent with 11 winners since he began riding mainly at country meetings less than a month ago.

But it's just being there that's important.

''I walked the track and just stood there, looked up at the grandstand and embraced it all. It was just like being a little kid again, I was so excited,'' he said of his return to city racing at Sandown at the weekend.