Terry Fleming is preparing to bring out the boots again and STARTS for the Derbyshire side at Basford United tonight. 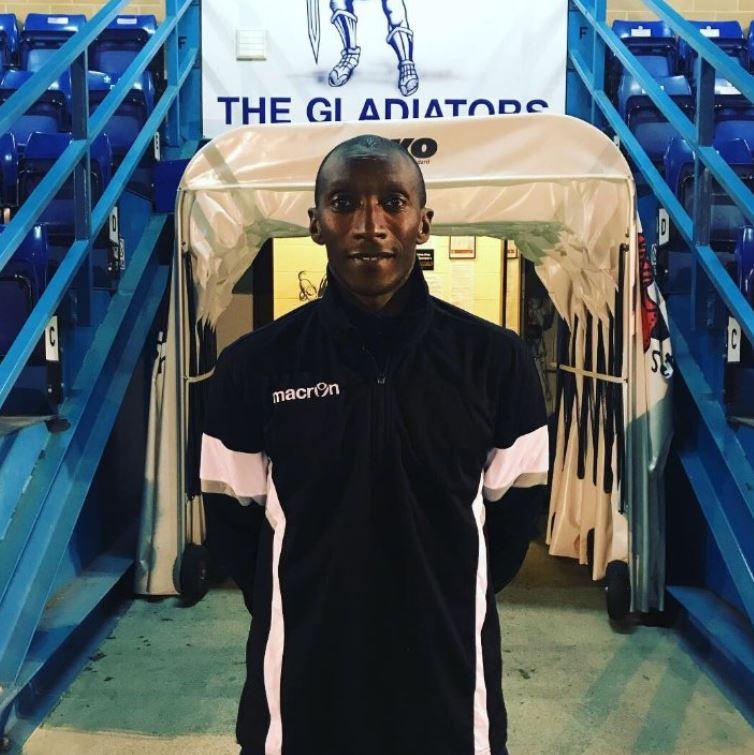 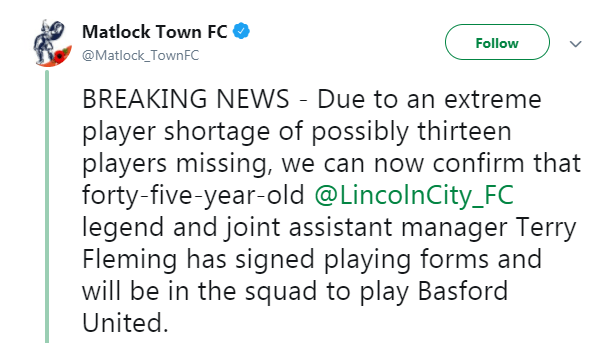 Matlock Town boss Dave Frecklington is without 13 first-team players for the Integro League Cup clash and as well as bringing in Fleming, he has called up a number of academy prodigies to complete his matchday squad.

Speaking via their Twitter account, the club's social media manager James Griffiths said: "Due to an extreme player shortage of possibly thirteen players missing, we can now confirm that forty-five-year-old @LincolnCity_FC legend and joint assistant manager Terry Fleming has signed playing forms and will be in the squad to play Basford United.

"If Terry Fleming gets any minutes in this evenings game, it'll mean there will be an age difference of twenty-eight years between our oldest and youngest player this season, needs must.

"I can honestly say that in all my years working in football that I've never known an injury crisis like this. 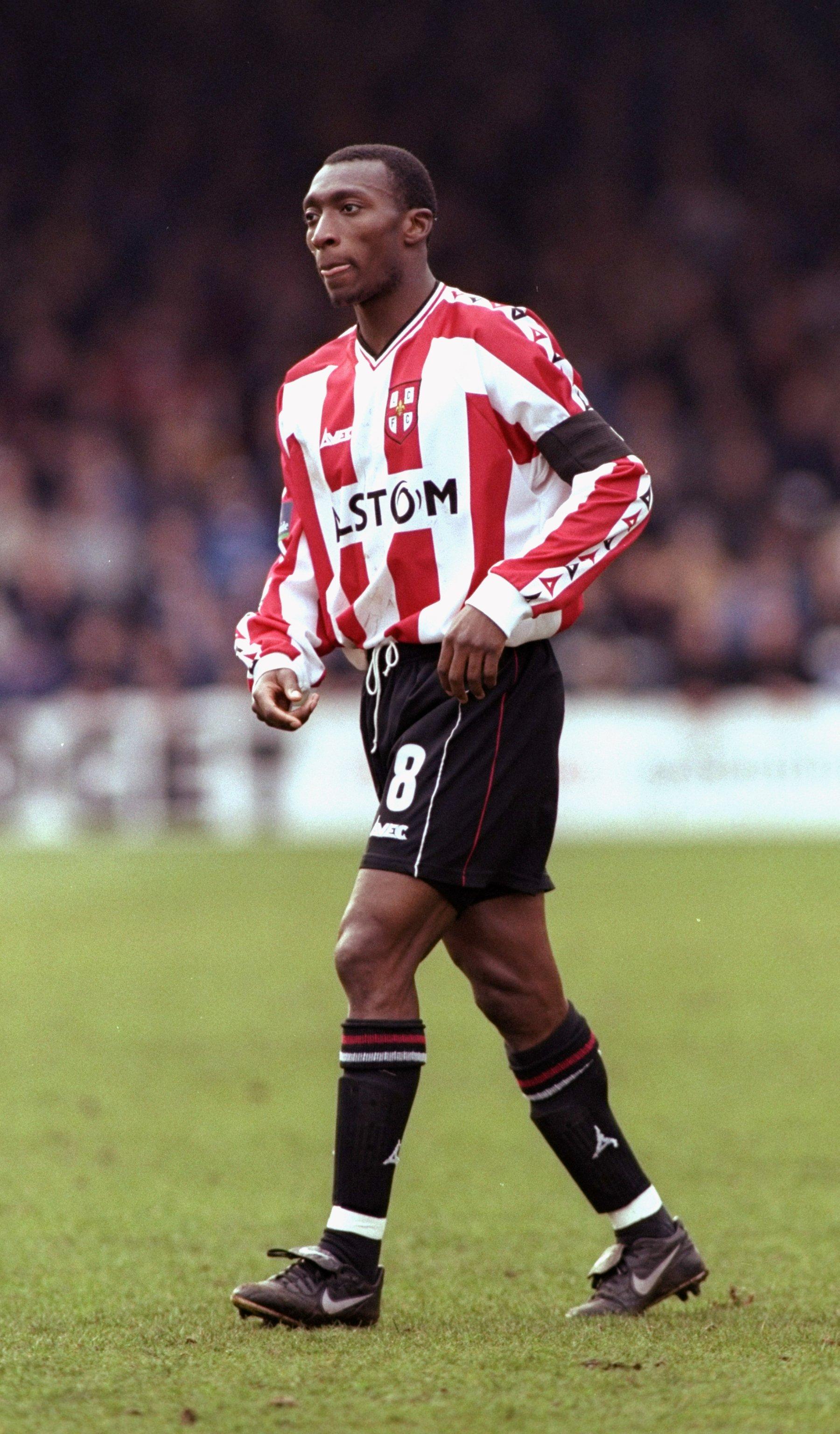 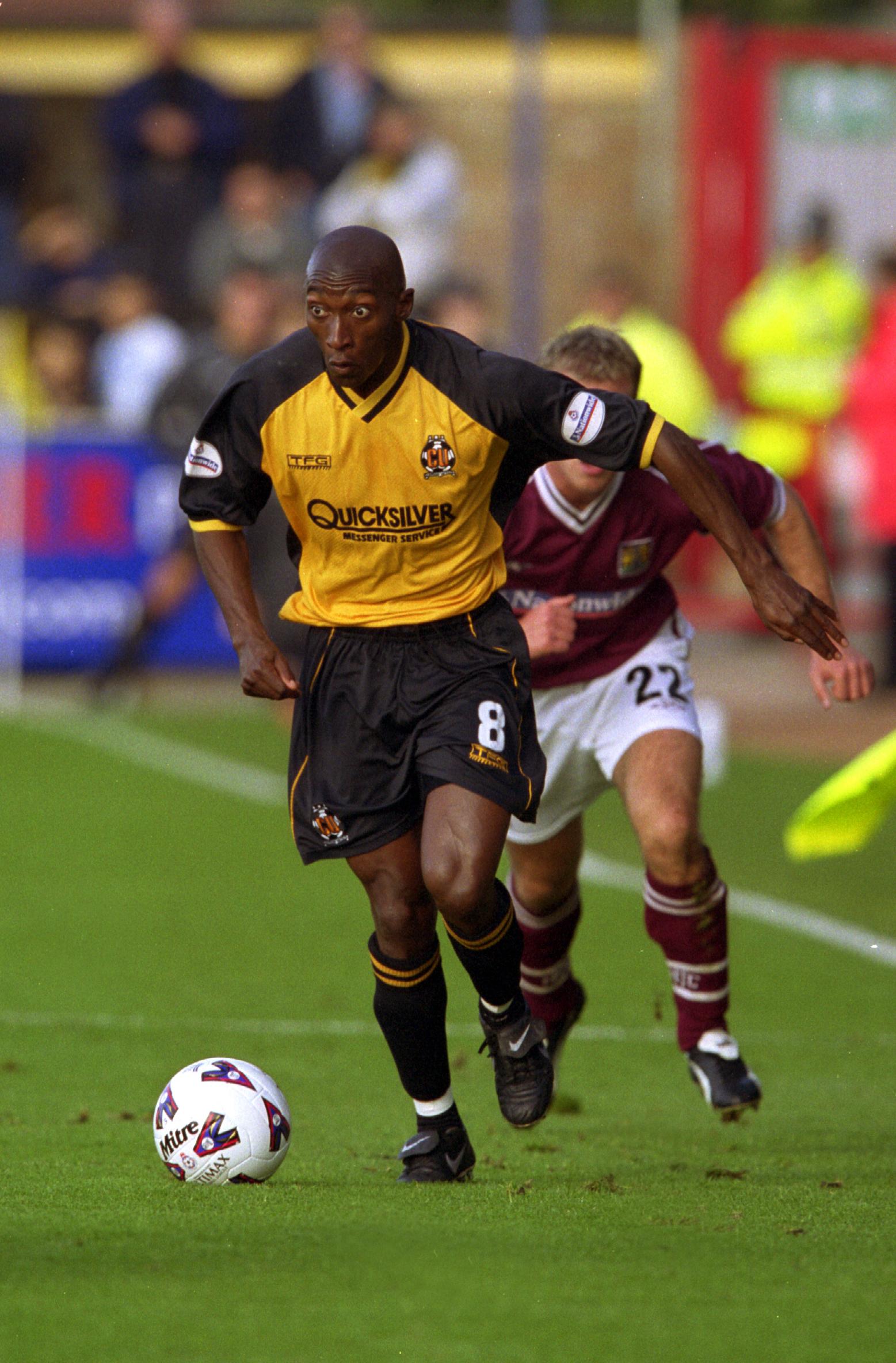 "@davefrecks, @chrisrawlo and Terry Fleming have got dealt a harsh hand. However, I can promise any lad who pulls on the shirt tonight will give 100%."

Fleming made his professional debut for Coventry City in 1991 after coming through the youth ranks at the Sky Blues.

The midfielder went on to make over 450 professional appearances including in the first Premier League season and predominantly at Lincoln City and Cambridge United and played his last competitive game for Boston Town in 2016.

But despite his age, the club are confident Fleming can still prove to be useful for the Northern Premier Division side, the third tier of English non-league football.

And Fleming could line up alongside teenager Nathan Clarke if the youngster comes off the bench.

At 16, Clarke is remarkably 29 years younger than the new signing, who will wear the number four jersey tonight.

Griffiths added: "For those asking as well, Terry Fleming I can assure you is still in peak physical condition and hasn't lost any of his competitiveness on the pitch.

"If Terry Fleming does get any game time then he will become the oldest debut Gladiator at the age of 45, breaking all sorts of records out here.

"In the squad this evening is Nathan Clarke (@NatClarke__) who is sixteen and Terry Fleming who is forty five.