But the Italian was made to suffer during the Community Shield clash against Manchester City, with smoking cigarettes and e-cigarettes banned in Wembley. 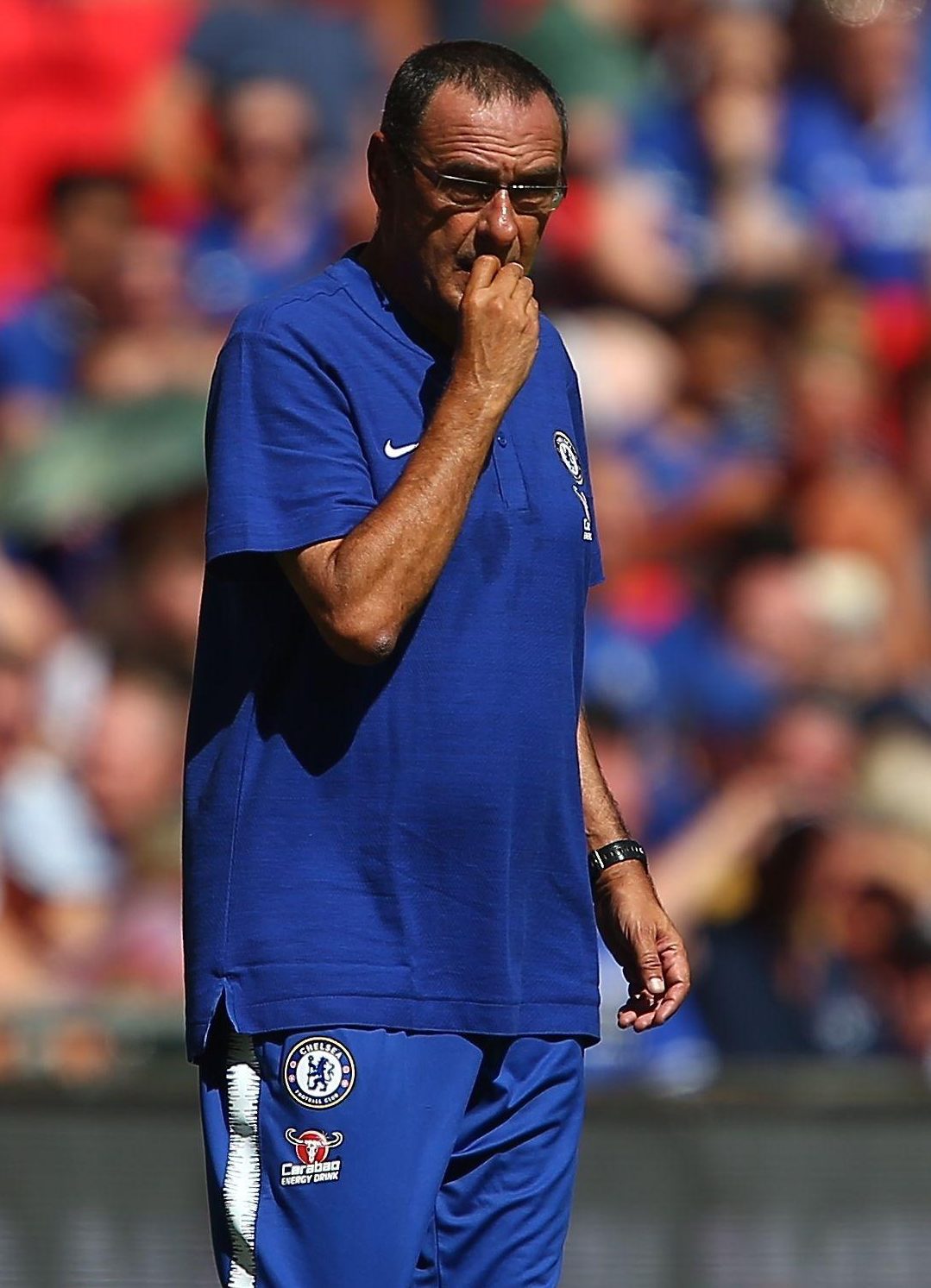 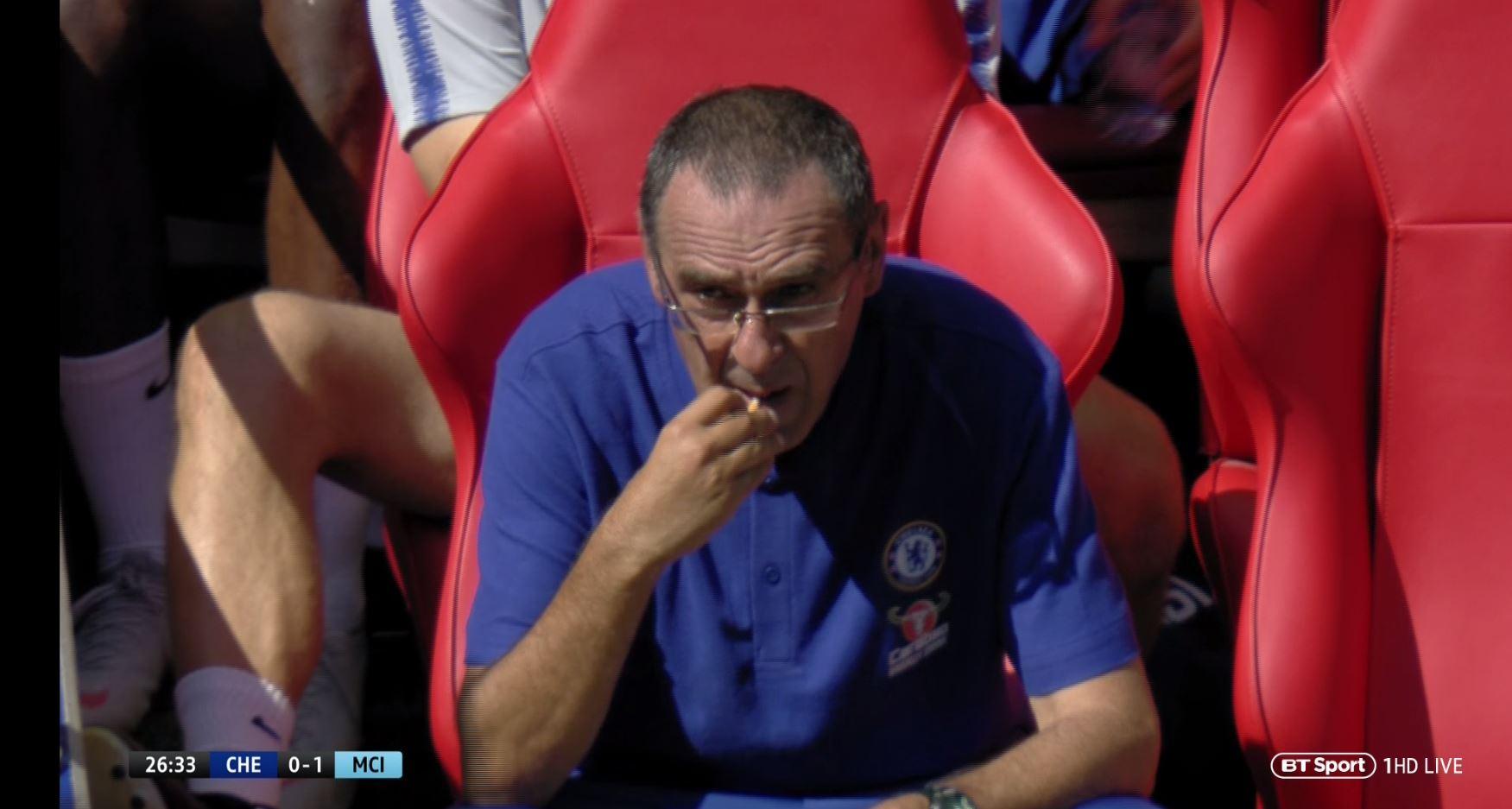 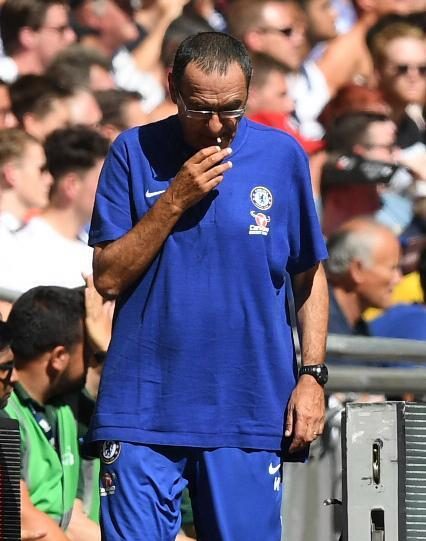 The 59-year-old did however manage to take advantage of a drinks break midway through the first half — appearing to put something to his lips.

His actions sent social media into meltdown, with many fans tweeting what they thought Sarri was up to.

But according to an insider from Italy, Sarri – whose favourite brand of cigarette is Merit – puts a filter to his mouth to combat his habit. 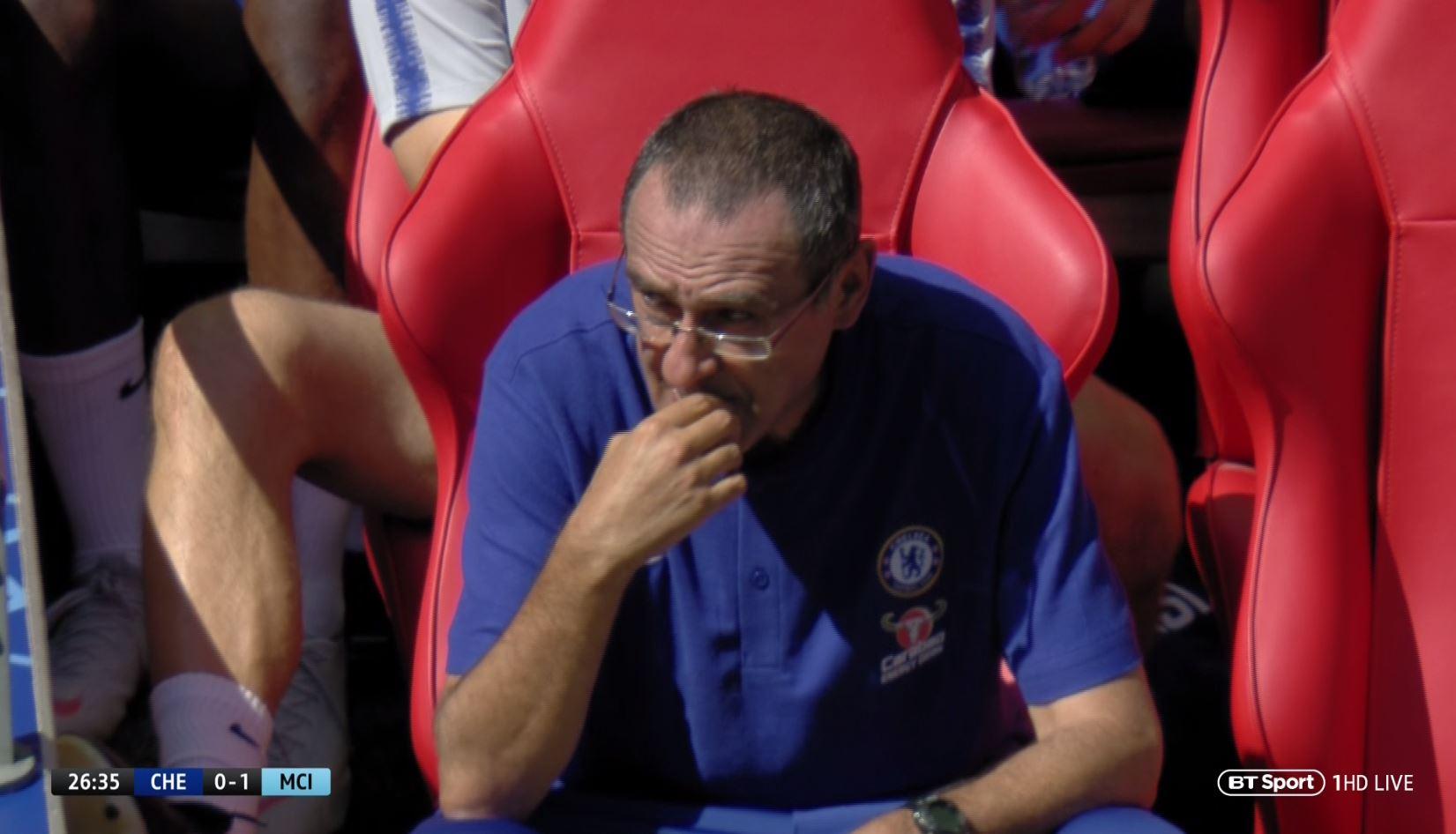 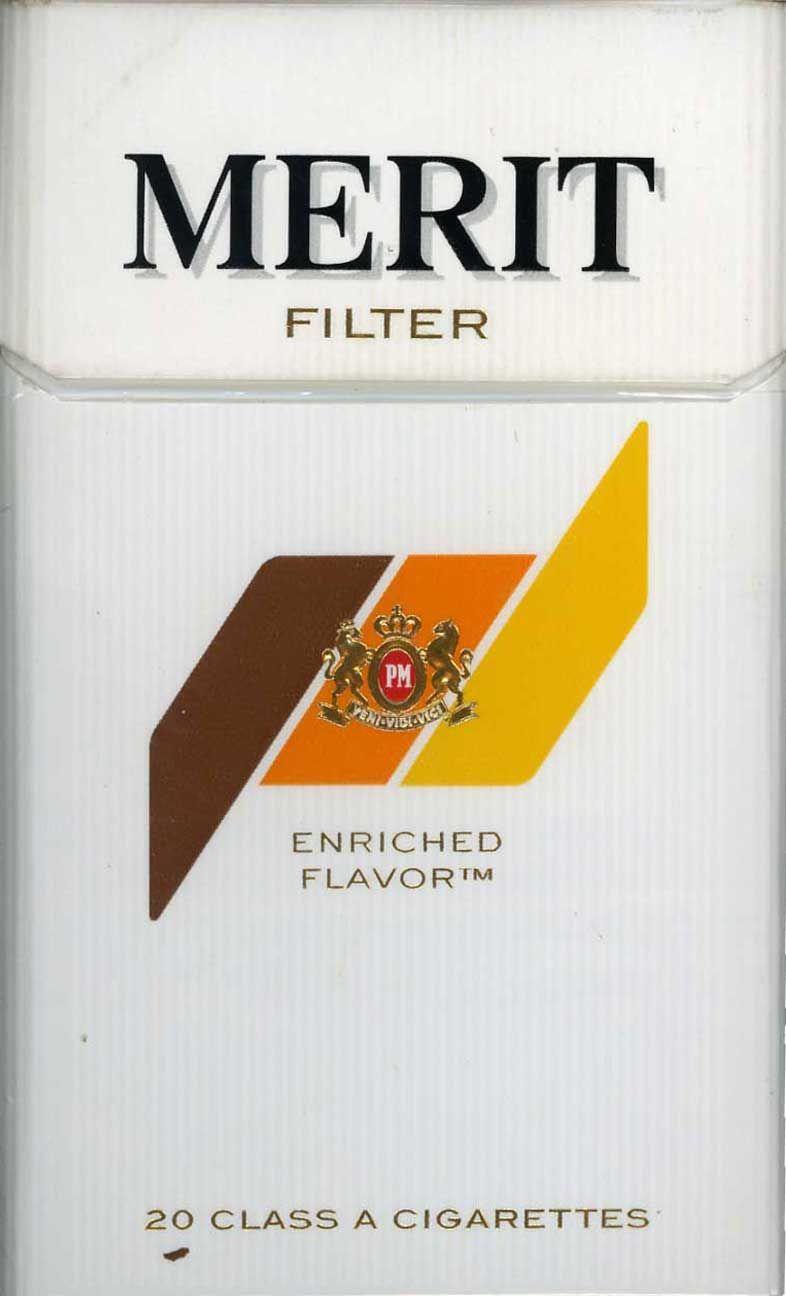 He said: "Sarri is a big cigarette smoker. Maurizio cannot smoke in the field and for this he places between his lips a filter of a cigarette during the ninety minutes of game play."

A statement on the Wembley website reads: "Wembley Stadium connected by EE is a non-smoking venue.

"Smoking (including the smoking of electronic and vapor cigarettes) are not permitted anywhere within the stadium."

SunSport reported last month how Chelsea were looking for an area in Stamford Bridge where Sarri can smoke during match days.

Sarri will be left disappointed by his players after they put in a lacklustre performance against the Citizens – with Sergio Ageuro netting twice as City won 2-0.