And with Borussia Dortmund in Germany, he also won the UEFA Cup, as he did with the club he started out with, Schalke 04. 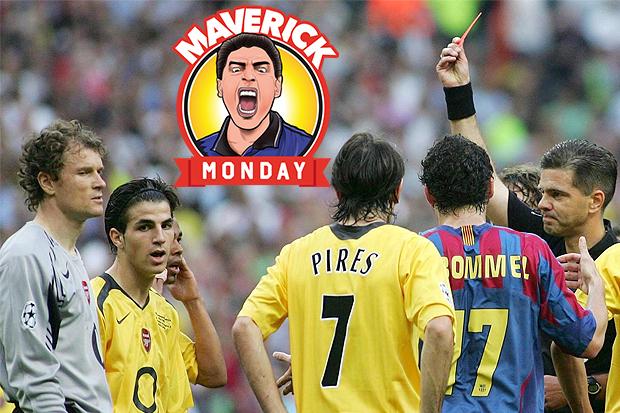 Uefa’s Goalkeeper of the Year in 1997 and 2006, Lehmann also took runners-up medals as part of the Germany squad at the 2002 World Cup and at the European Championship in 2008.

Until recently, Lehmann had been back at Arsenal as assistant coach but he left in June as new manager Unai Emery brought in his own staff, prompting a cheesed-off Tweet from the man they called ‘Mad Jens'.

He had a shaky start to his professional career…

As a young professional at Schalke 04, Lehmann once conceded three soft goals before half-time and was taken off at half-time. 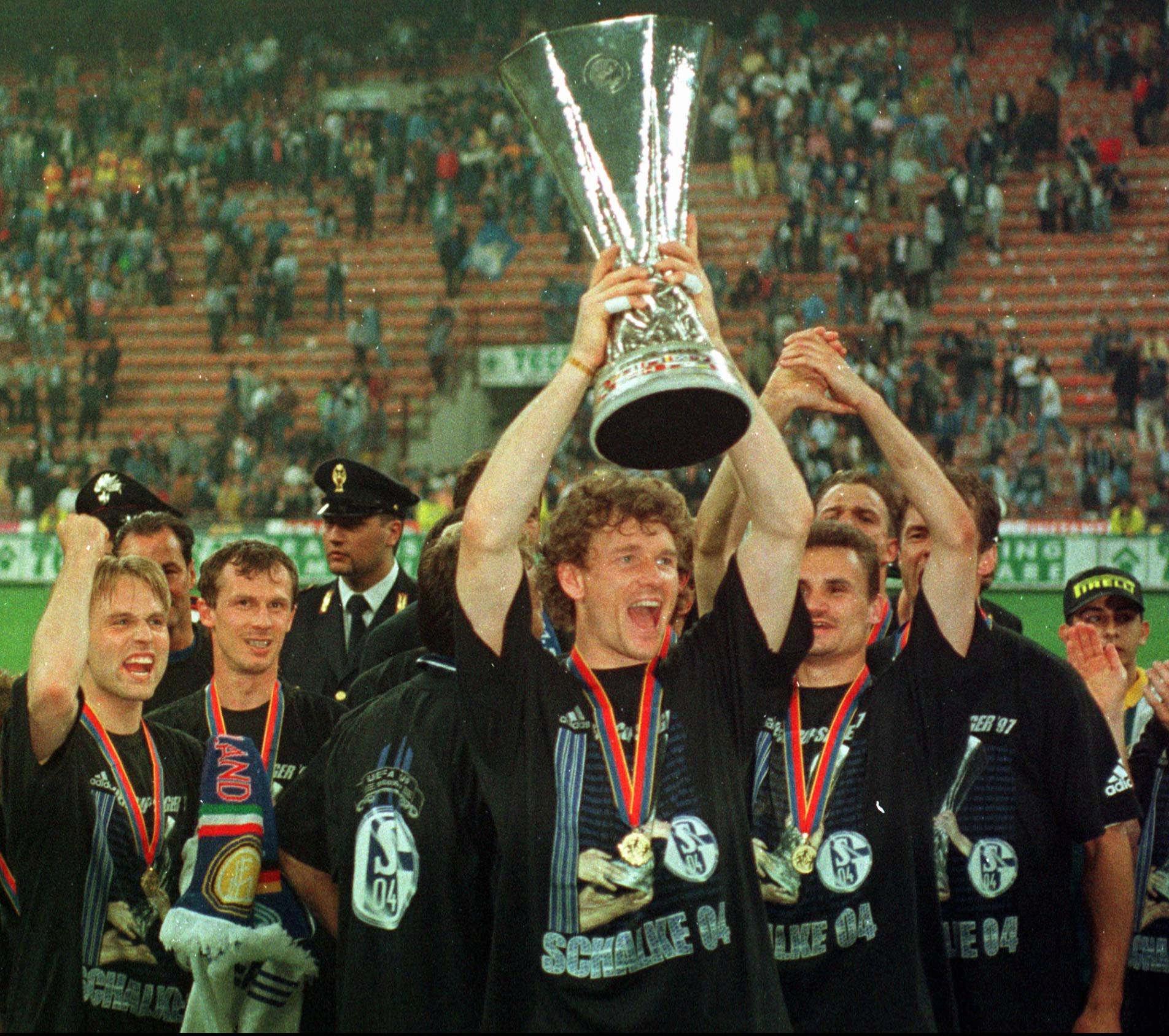 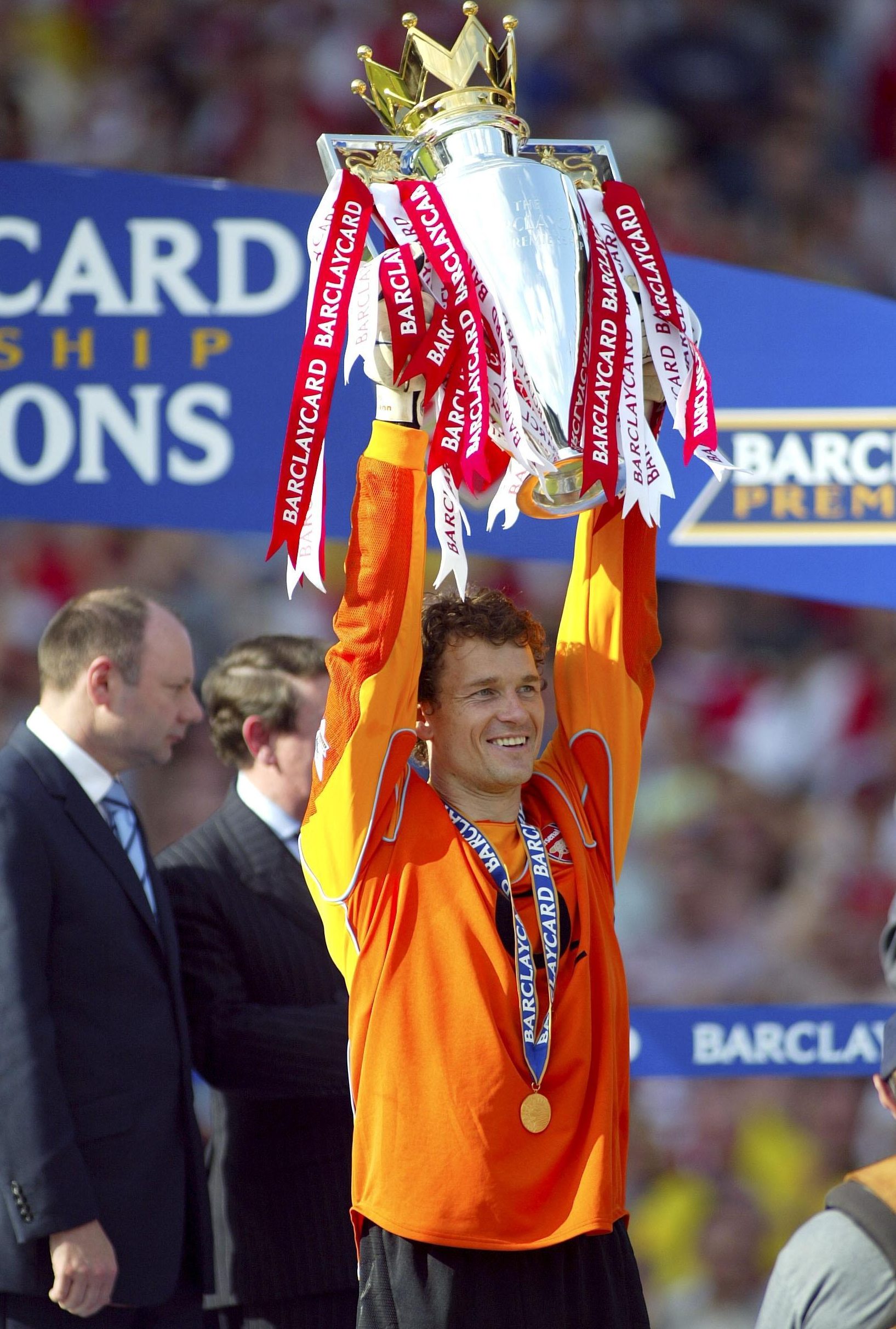 Embarrassed by his performance, Lehmann decided to cut his losses and left the stadium early to take a tram home rather than have to face his teammates on the team bus.

He’s one of the brainer footballers…

After he finished at secondary school, Lehmann completed the German equivalent of A-Levels – Abitur – and then headed to the University of Munster, gaining a degree in Economics.

All well and good, but can he do the Dele Alli goal celebration with his hand? 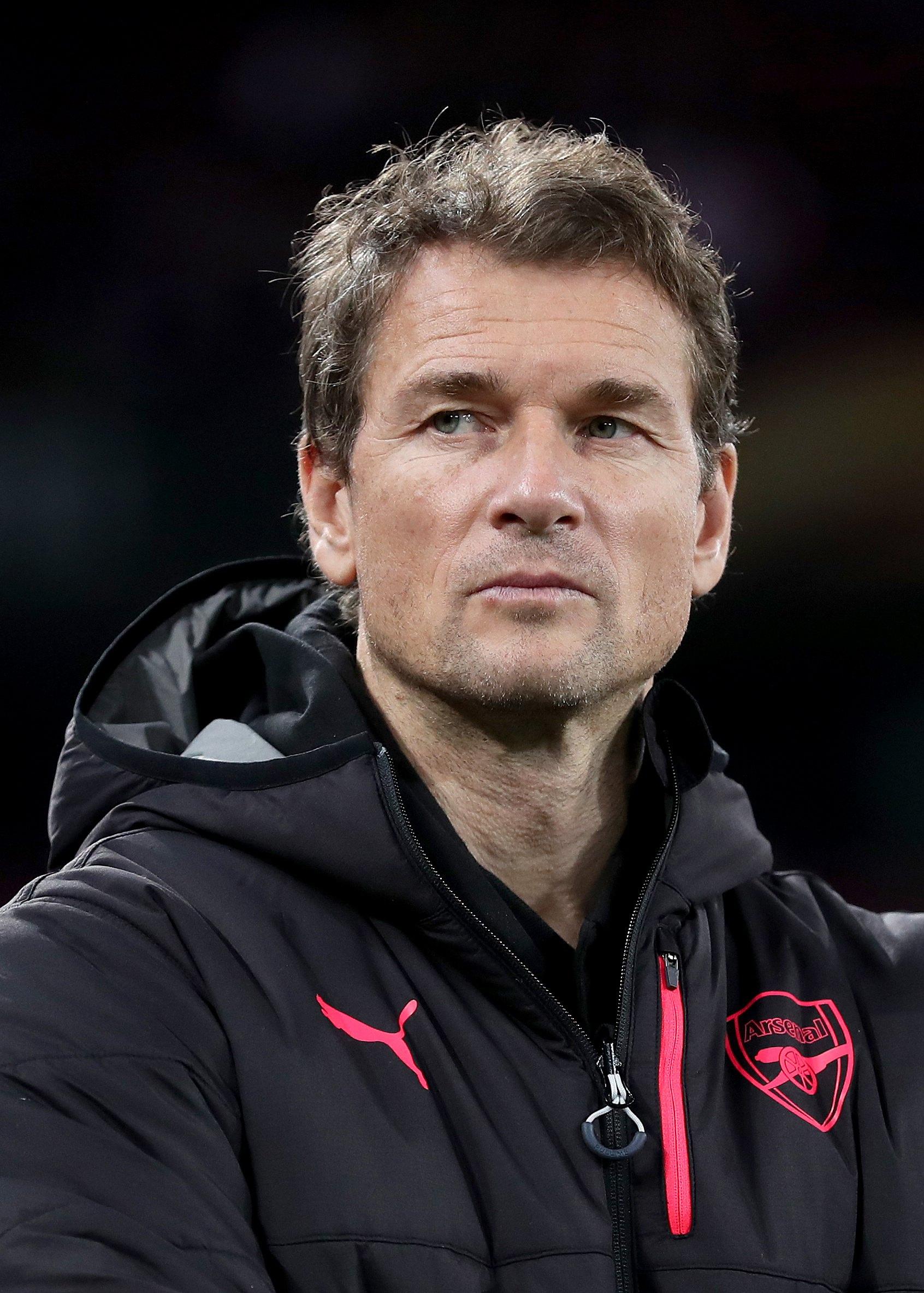 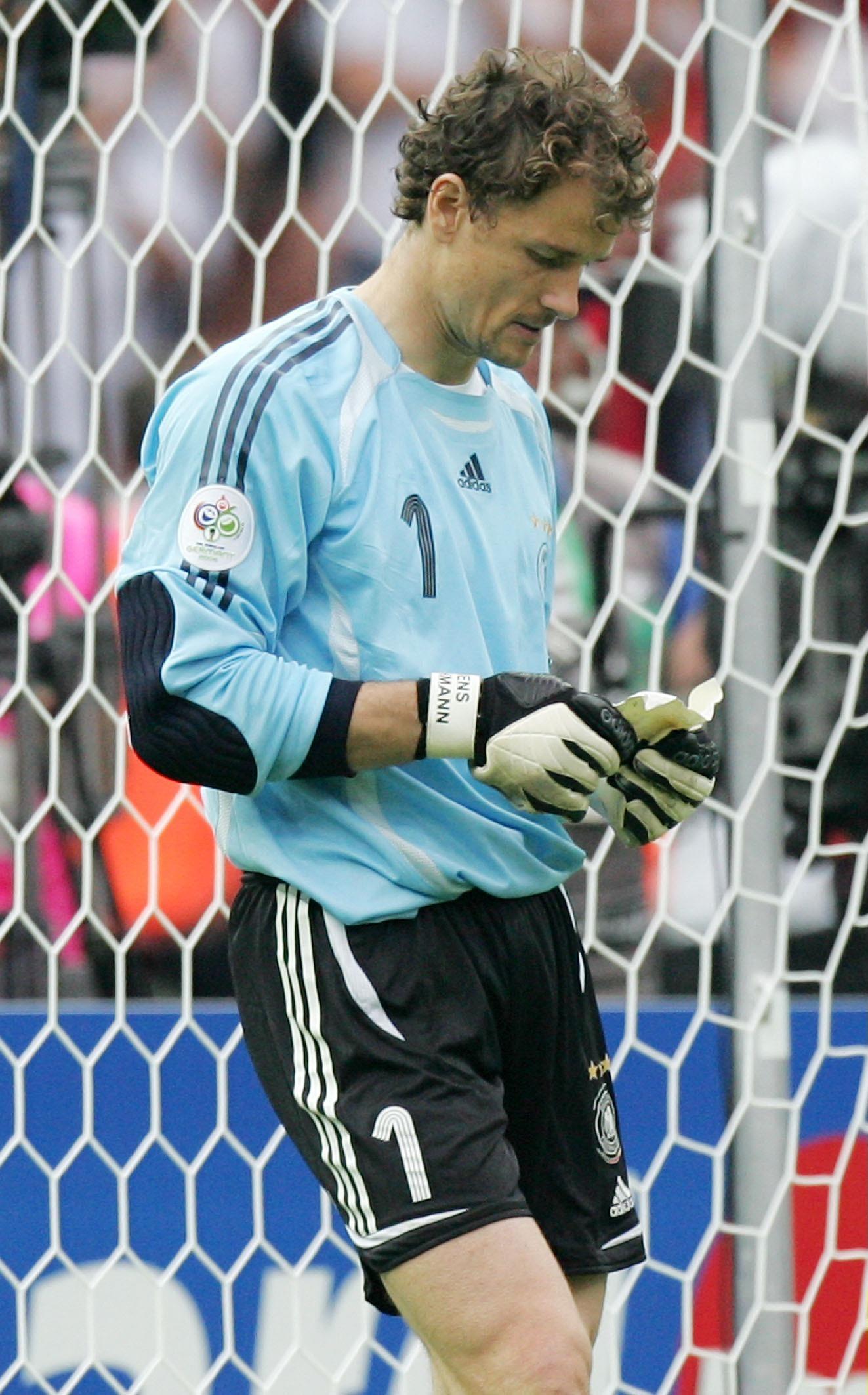 He didn’t get on with his fellow keeper Oliver Kahn…

Yes, he won an impressive 61 caps for Germany but it could have been so many more were it nor for Oliver Kahn.

THE BINMAN Neville Southall: A former binman turned Everton legend, the Welsh keeper was the last keeper to win the prestigious Football Writers’ Player of the Year

For years Lehman had to sit on the sidelines and watch Kahn hoover up cap after cap, even when the German legend was clearly past his best. 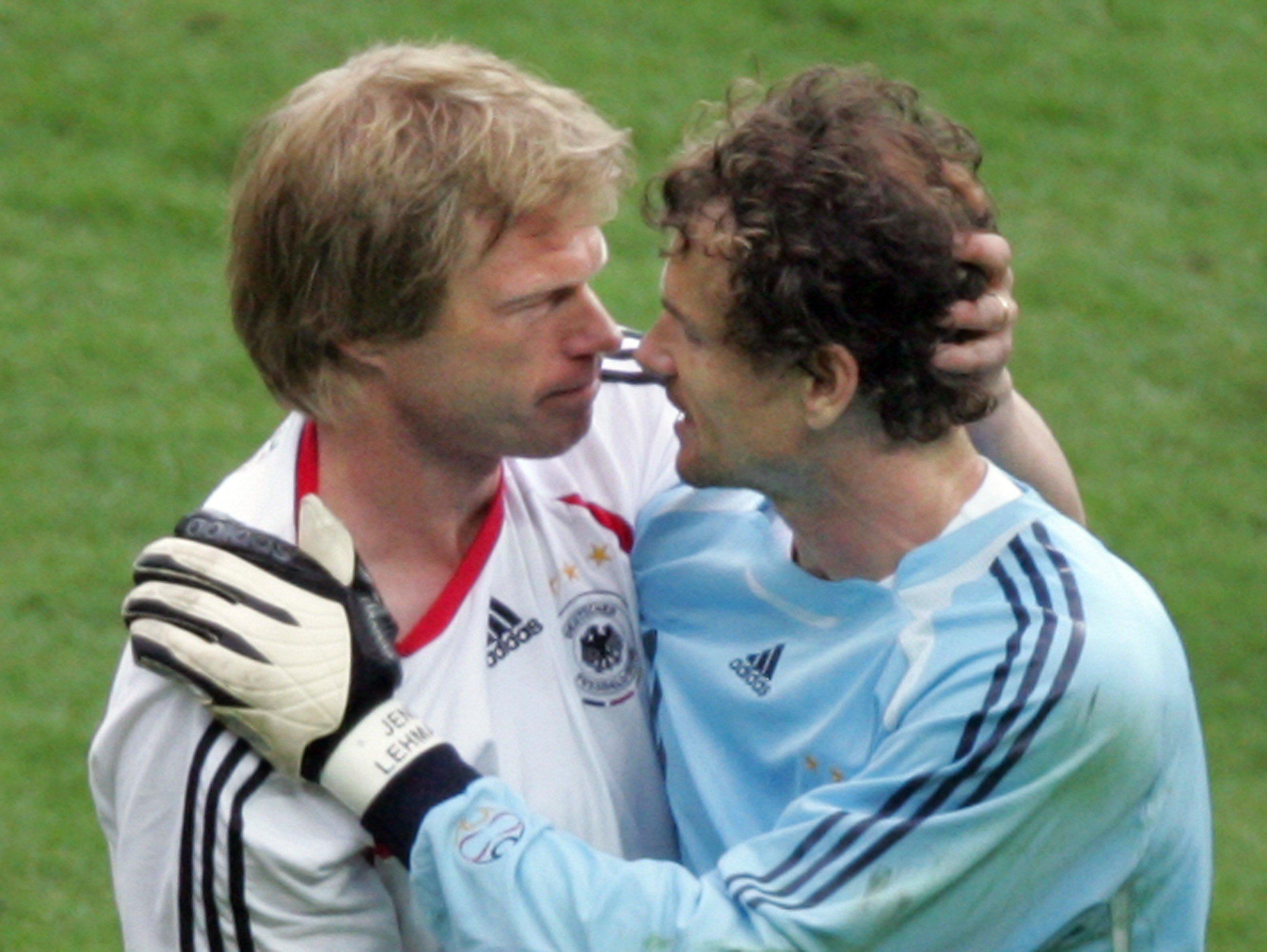 “I should have a chance. But I do not get given a chance. Last year, I had one of my best years and I only had one cap. Because of this I am angry.”

Indeed, the feud between the two escalated still further and when Kahn criticised Lehmann’s performances between the sticks for Arsenal, Lehmann retaliated, publicly questioned his 35-year-old rival’s relationship with a 24-year-old model.

Having started his career as a striker and being adept with either of his feet, Lehman began his career in free-scoring fashion. Well, kind of. 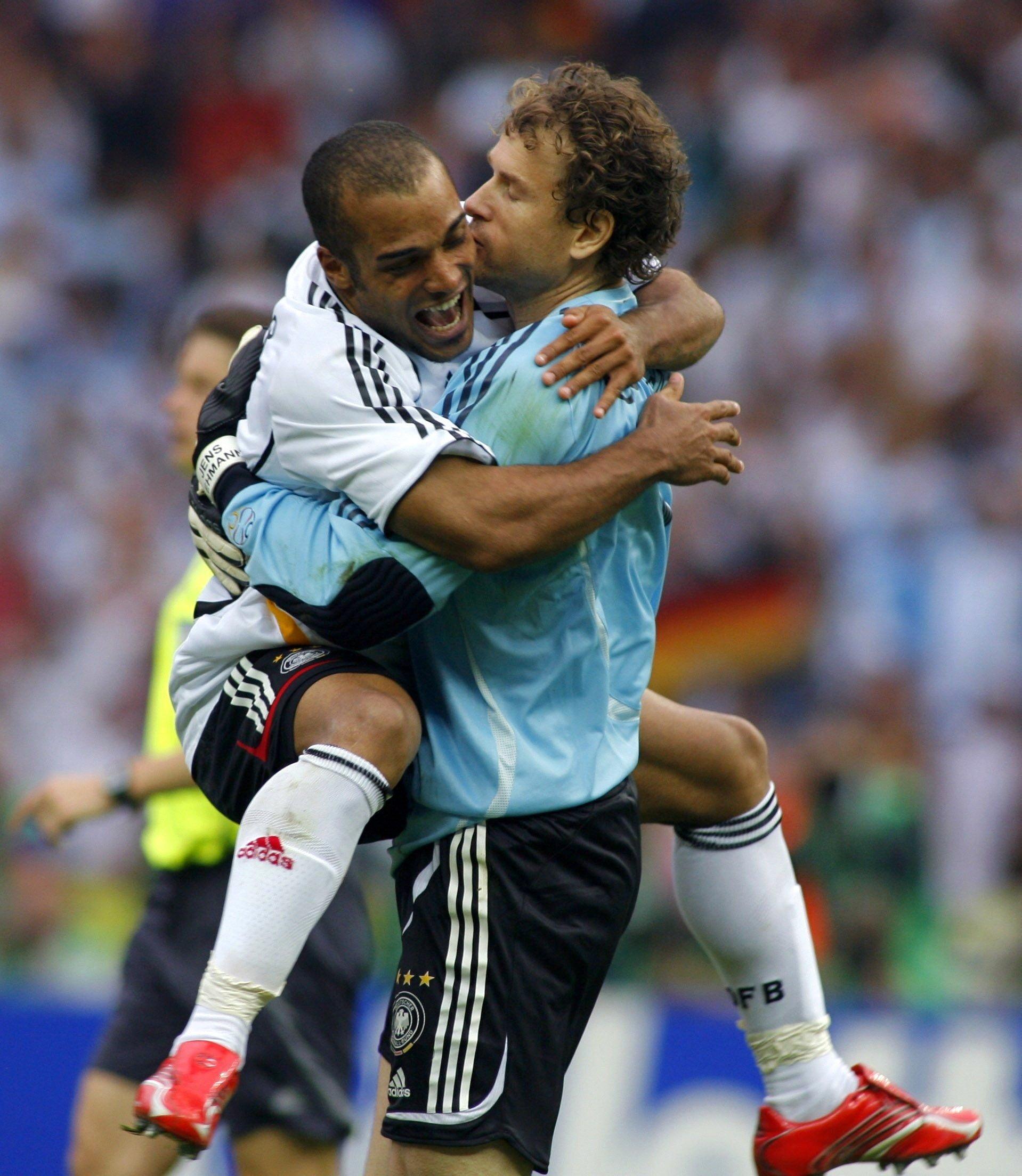 Lehmann actually scored twice for Schalke, once from the penalty spot in a 6-2 win over 1860 Munich in March 1995 and then with a header to grab a last-minute equaliser in a 2-2 draw with Borussia Dortmund in December 1997.

He was once caught short…

In 2009, Lehmann was playing for Stuttgart in a Champions League game against Romanian side Unirea Urziceni when the call of nature became too loud to ignore.

As his side attacked, Lehmann disappeared behind his goal, leapt over he advertising hoardings and relieved himself just as the play switched and a Unirea attack interrupted him. 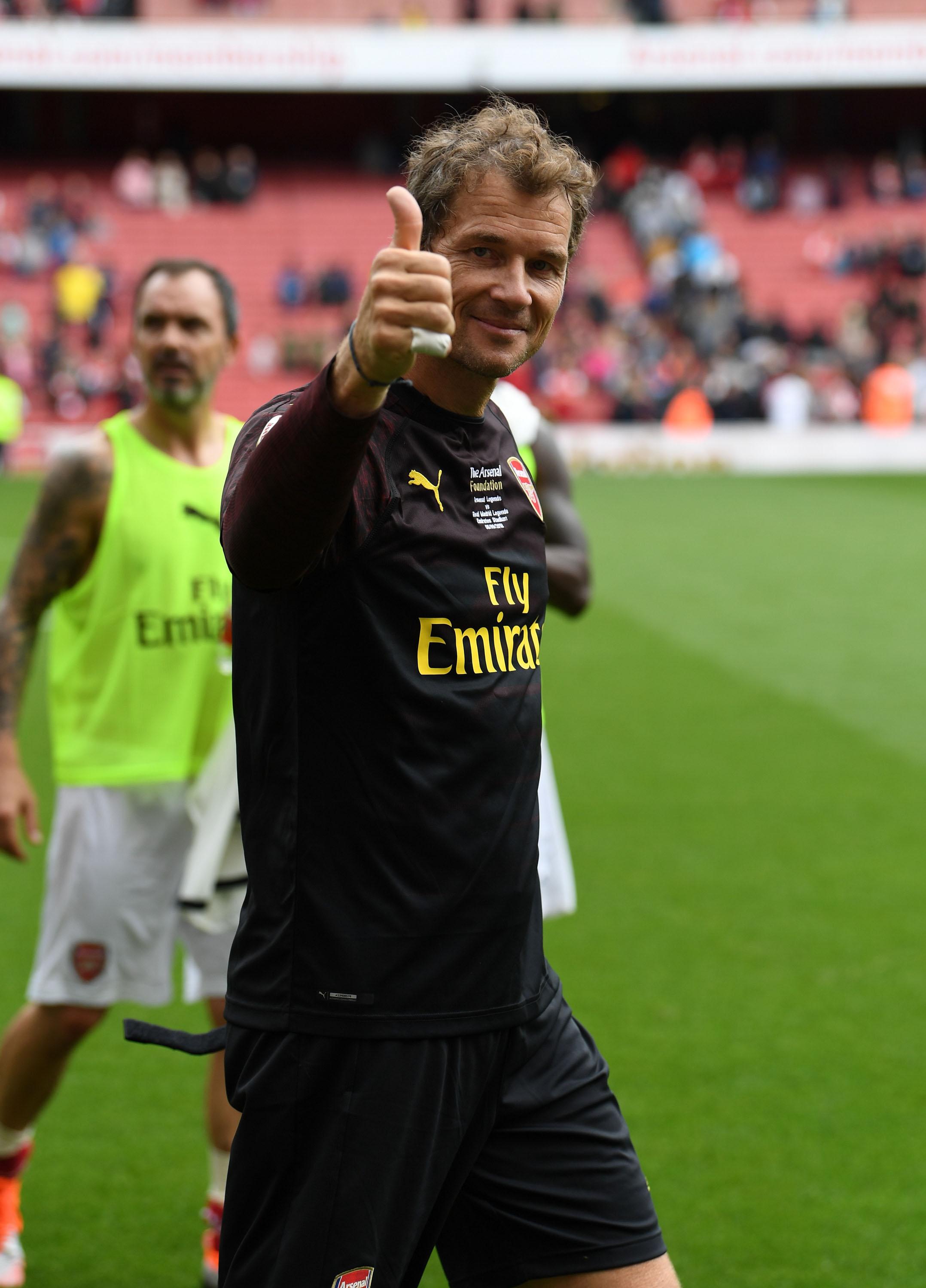 Luckily for Lehmann, the referee didn’t see his little excursion and therefore couldn’t book him for leaving the pitch without permission.

In October 2009, Stuttgart were losing 1-0 away to Hannover when the ball went out of play.

Eager to get the ball back, Lehmann approached the ballboy who took an eternity to return it and when he did he lobbed it over Lehmann’s shoulder. 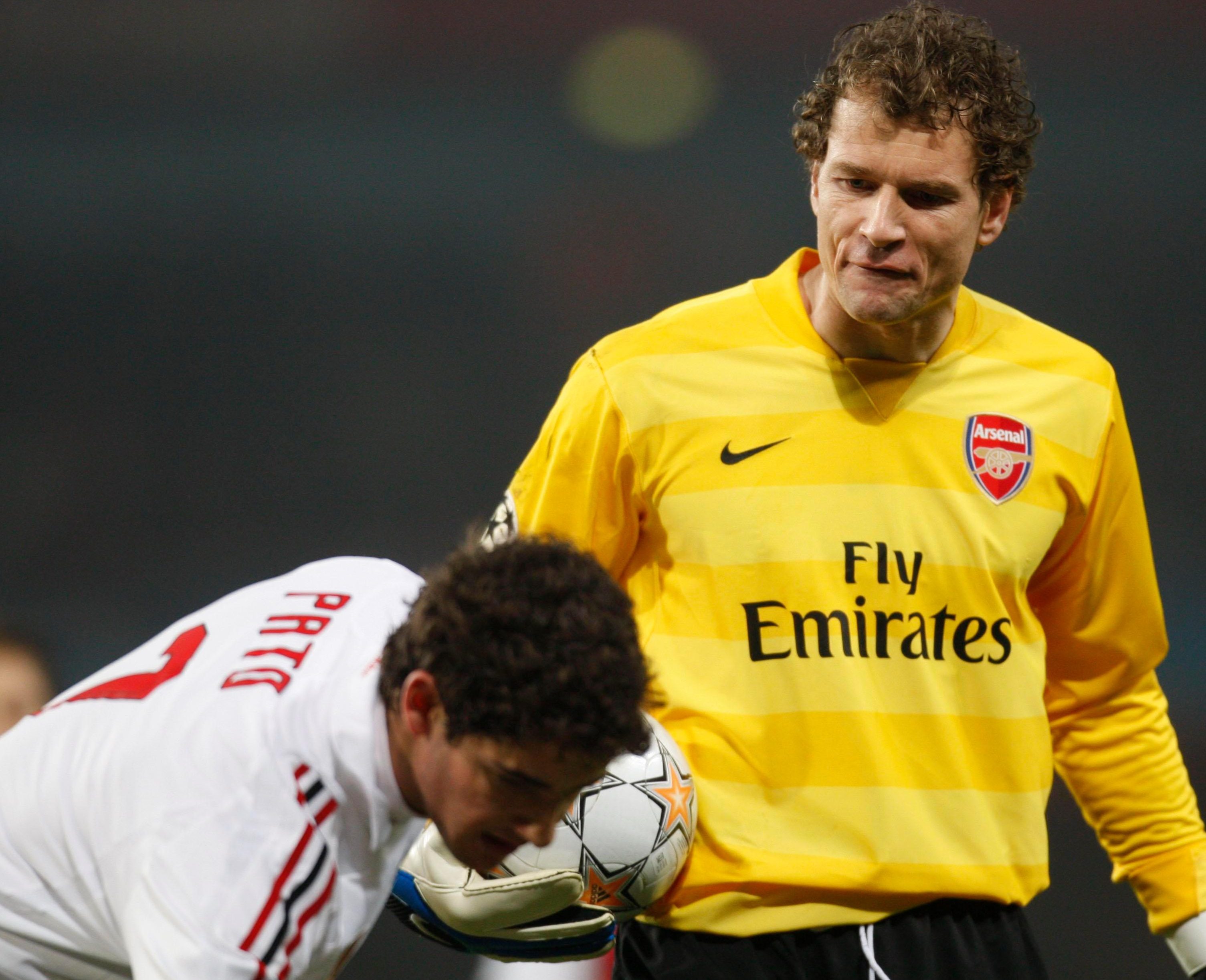 “What kind of culture is this?” he raged, pointing the finger at the 14-year-old. “I find it awful that ballboys are being to taught to cheat.”

The ballboy, Aron Schulz, was unrepentant. “I was only doing my job,” he shrugged.

Even his teammates weren’t immune to criticism… 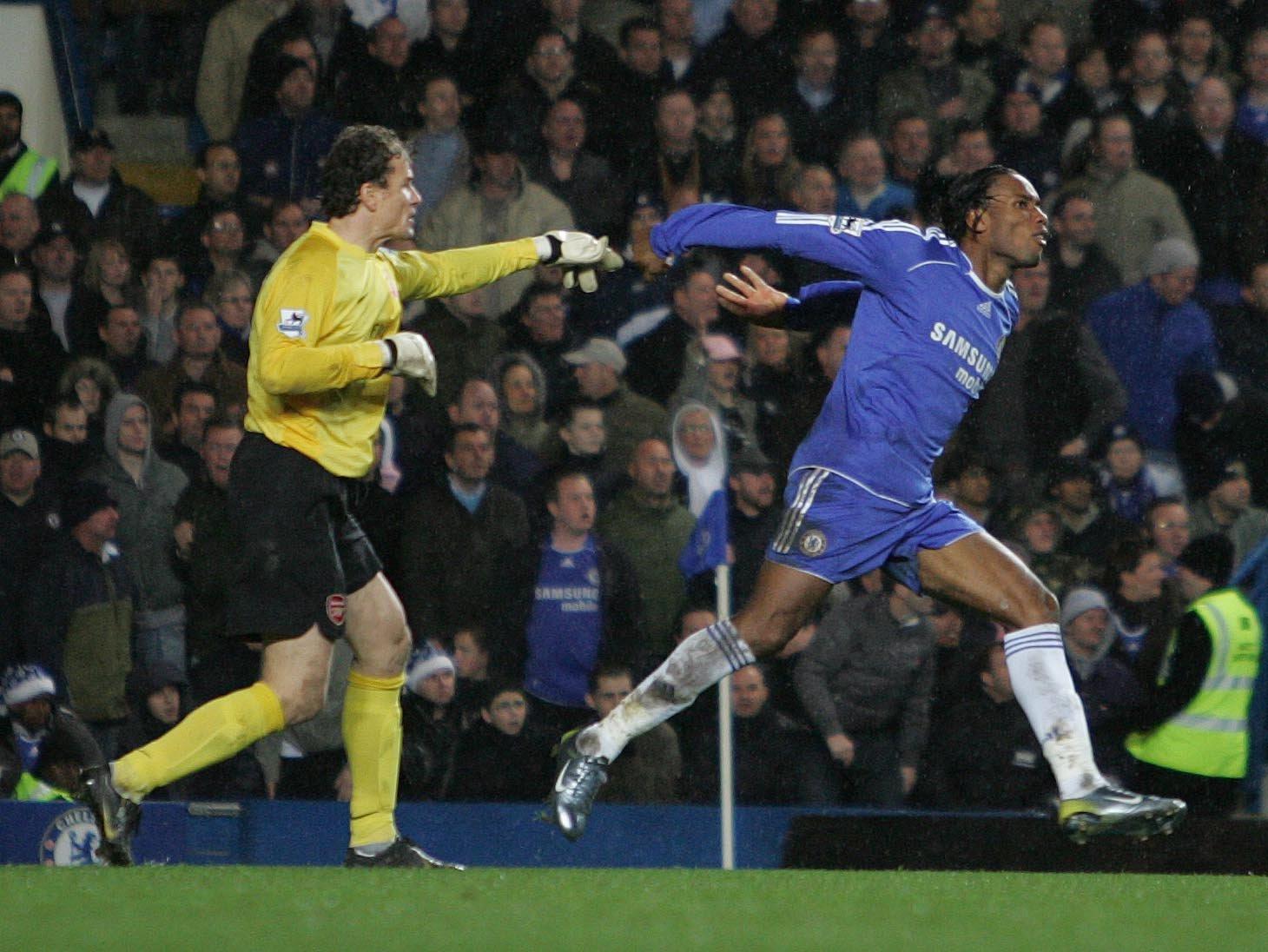 When he headed the ball out for a corner in a UEFA Cup game against Zenit St. Petersburg, Lehmann was apoplectic and convinced that he could have done better with his clearance.

Charging over to Boulahrouz, Lehmann grabbed the defender’s handband, ripped it off his head and chucked it in the snow behind his goal. 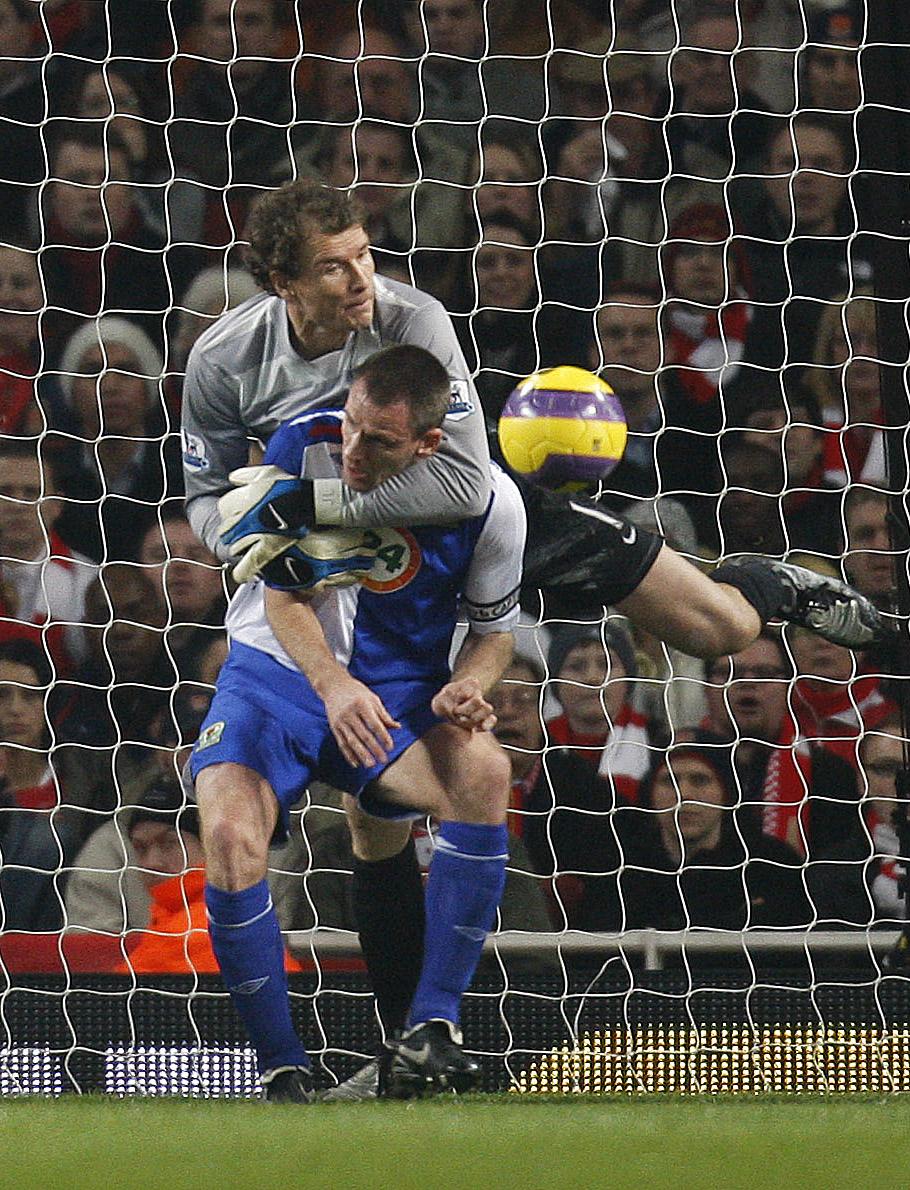 When Lehmann pulled down Barcelona’s Samuel Eto’o in the 17th minute of the Champions League final of 2006, the keeper became the first player in the history of the tournament to be red carded in the final.

And all the while, Lehmann sat in the stands with his two young sons on his lap. “As the referee showed me the red card, I felt like the loneliest person on the planet,” he said later. 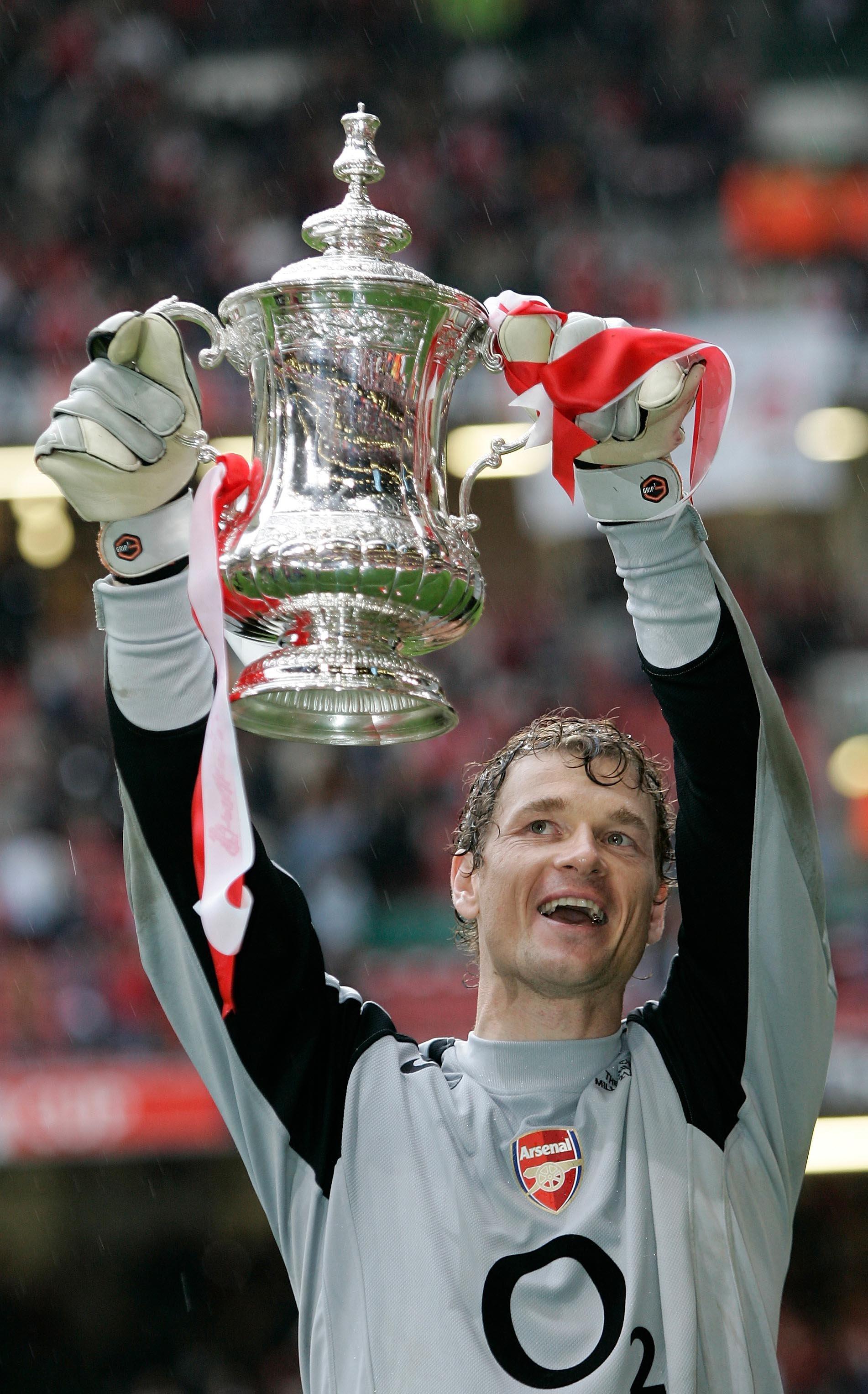 Lehmann had played in seven of the nine games Arsenal had played to get to the 2005/06 Champions League final and not conceded a single goal.

And though Arsenal lost that final, the red card meant he wasn’t in goal when the Gunners conceded the two goals.

It was a shut-out record he carried into the following season’s Champions League.

Eventually, it came to an end after 852 minutes when Boubacar Sanogo snatched an injury-time consolation goal for Hamburg in the group stages. 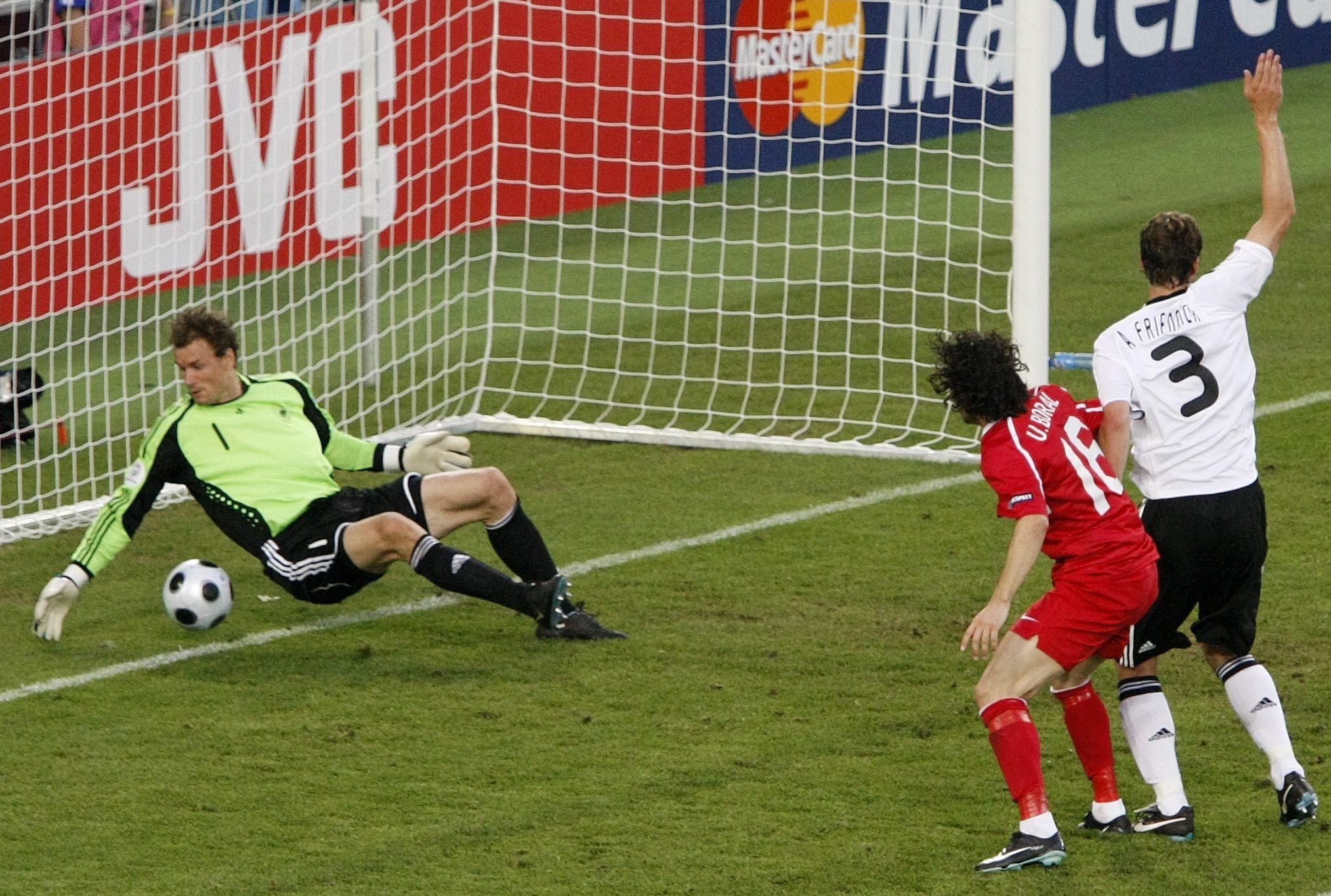 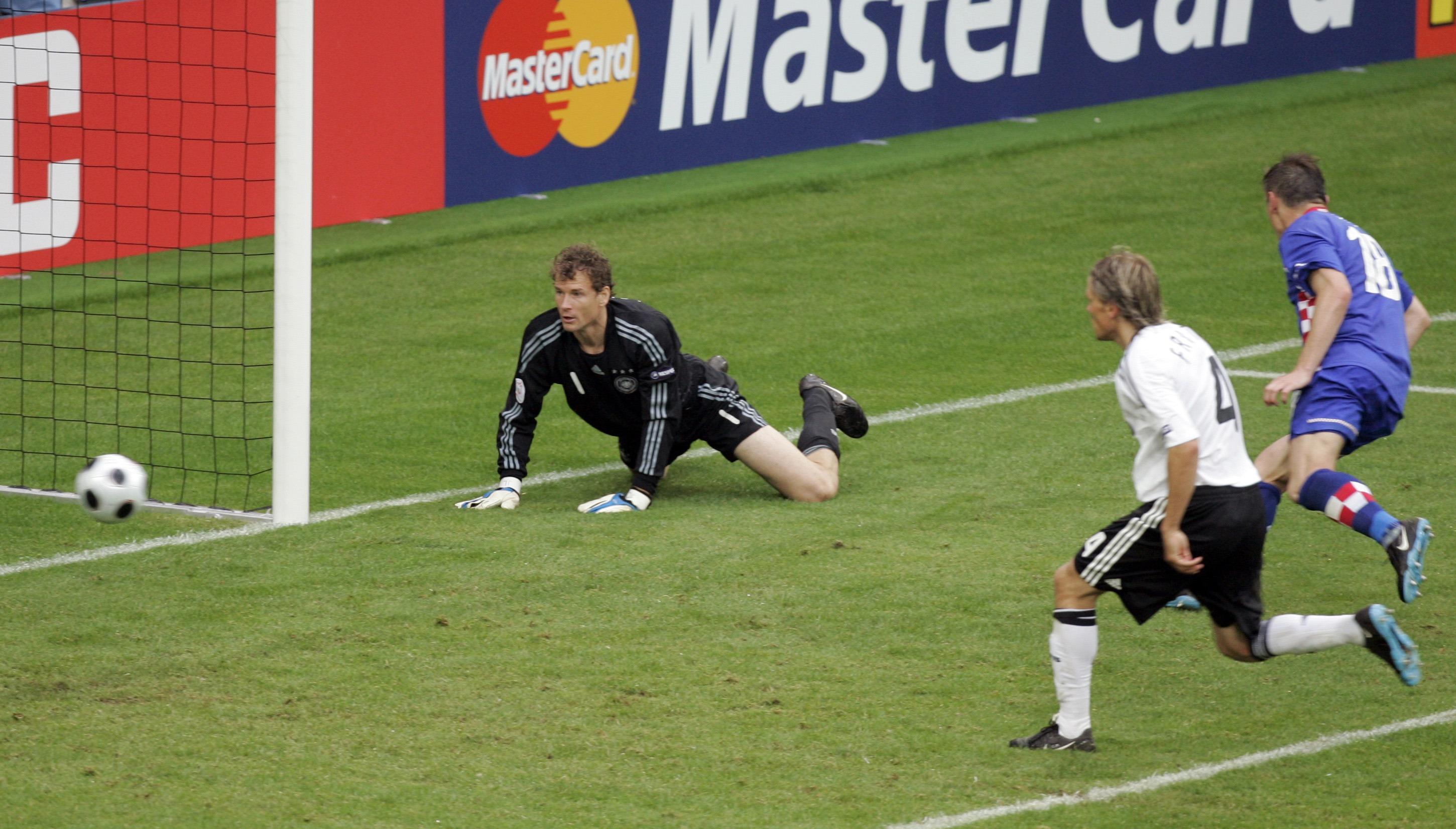 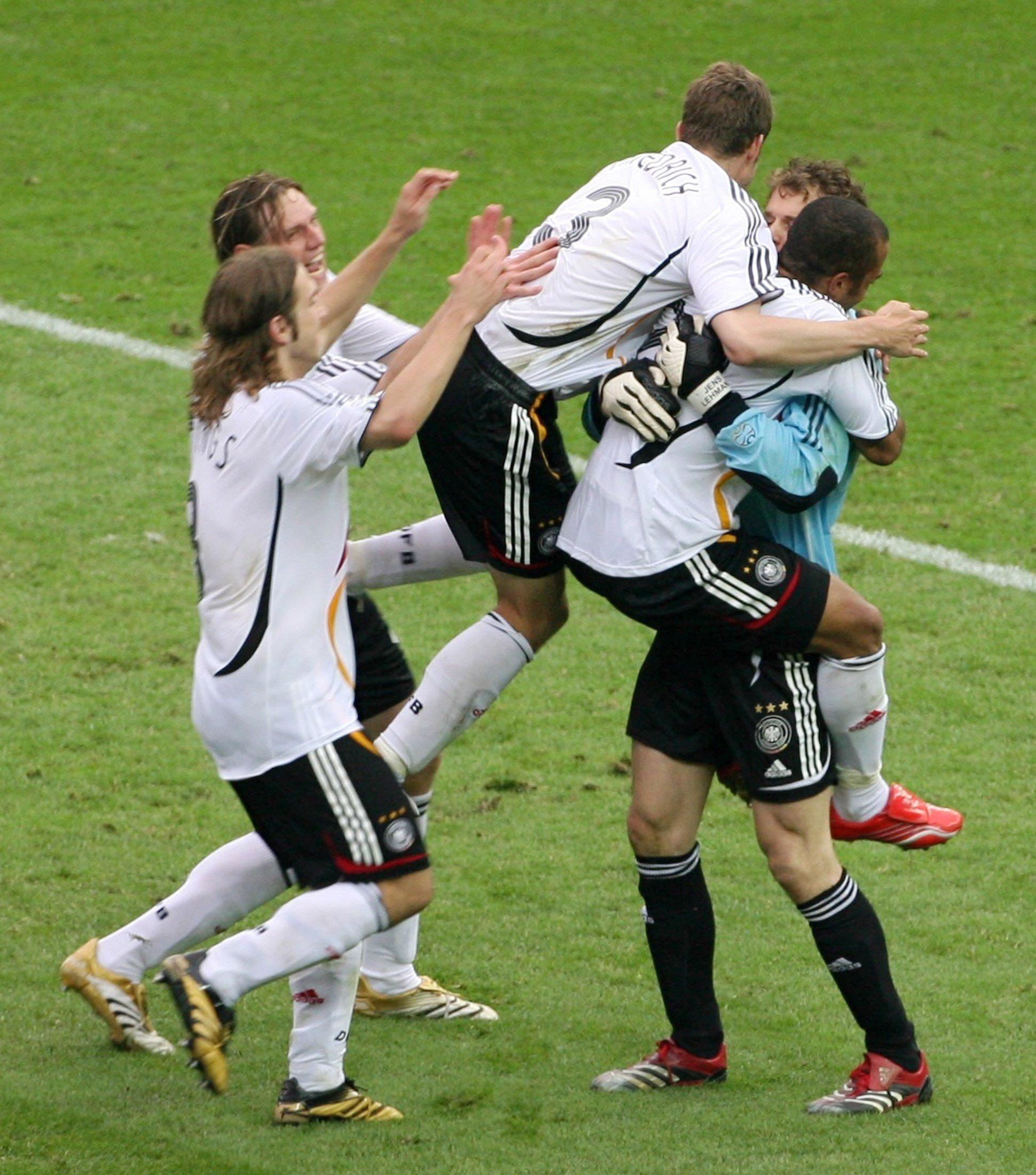 He turned his nose up at a move to Liverpool…

When Lehmann was toying with the idea of moving on from Arsenal his German international colleague Didi Hamann intervened.

His counterpart suggested he could move north and join him at Liverpool.

Lehmann was tempted but declined, blaming, in part, the “perpetually terrible weather” for his decision.