As Australia’s revamped batting line-up wobbled in Adelaide on Friday, Glenn Maxwell was cruelly denied a chance to further his chances for a Test recall after being run out in bizarre circumstances.

The reborn Nic Maddinson made a stylish century in his first Shield game since moving from NSW, a drained Ashton Agar was rested, while Mitchell Marsh toiled for little reward with the ball as the table-topping Vics built a strong first innings platform.

Batting first after new captain Travis Dean won the toss and chose to bat, Victoria reached the end of day one at 3-311.

Dean, leading his state for the first time after Peter Handscomb’s national recall, managed to see off the new ball but his unconvincing run of form continued as he edged Marcus Stoinis to gloveman Josh Inglis to depart for 16. 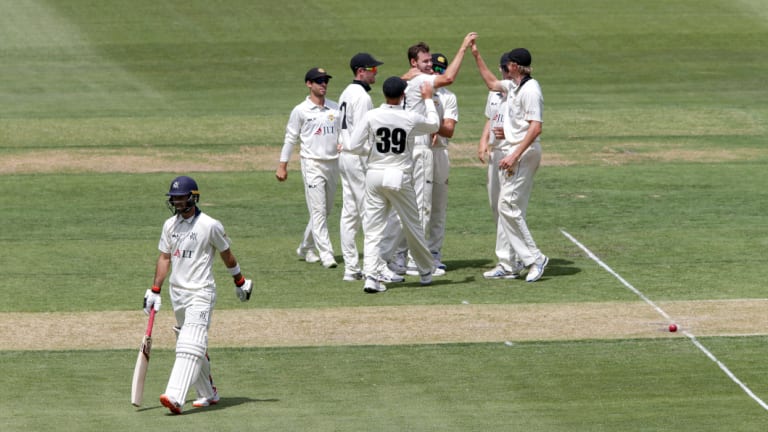 Glenn Maxwell was unlucky to be run out on Friday.Credit:AAP

Back playing after a month on the sidelines with a mental health issue, Will Pucovski fell for one, bringing together Maddinson and Maxwell.

Maxwell lived dangerously early in his innings, but the pair of mavericks put on 112 for the third wicket. Maddinson had looked extremely assured until he approached his ton.

On 92 he offered a return catch to WA quick Matthew Kelly. The chance was put down, but the ball ricocheted off the bowler to hit the stumps at the non-striker’s end. Maxwell was out of his crease and sent packing for 57.

It fit with the theme of a season in which Maxwell has been unable to bat much in first-class cricket because of international white-ball duties.

The freak dismissal didn’t stop Maddinson, who powered his way to 159 not out at stumps. Cameron White was unbeaten on 65. 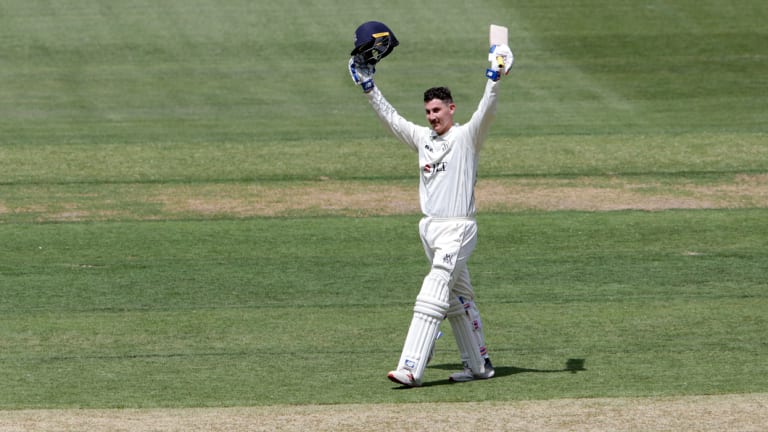 Axed from the Test side after three matches late in 2016, the left-handed Maddinson had fallen so much out of favour that he initially didn’t receive a state contract for this season, moving to Melbourne to train with the Vics and building a case in Premier Cricket and the Futures League before being included for this game.

Agar is in Melbourne but was left out of the WA XI for this game. The left-arm spinning all-rounder was said to be in need of a rest after a year of heavy travel. He has played precious little competitive cricket in recent months, though, having been sidelined by dint of being on the fringe of national selection in all three formats.

“It’s been a strange year for Ashton, being in most Australian squads but not playing much,” Agar’s manager Jason Bakker said.

“He just got to the end of the last Shield match and didn’t quite feel on top of his game, so after a mature conversation with [WA coach] Adam Voges they mutually agreed for Ashton to have a rest and spend a week in Melbourne with his family in the best interests of having a strong few months of cricket at the back end of the summer and ahead of an important 2019 in which he wants to be a part of Australian teams across all formats.”

Dropped from the Test side, WA captain Marsh gave himself plenty of overs but wasn’t overly impressive, going wicketless at more than four runs an over, and outbowled by fellow all-rounder Stoinis.