Kerrin McEvoy will either be the punters’ pal or bookies’ buddy come Sydney’s biggest group 1 spring meeting at Randwick on Saturday.

The Everest-winning jockey will reunite with Redzel for his final tune-up for this year’s $13 million sweepstakes, and he will be aboard top Epsom,   Metropolitan and Flight Stakes chances in Unforgotten, Brimham Rocks and Miss Fabulass. 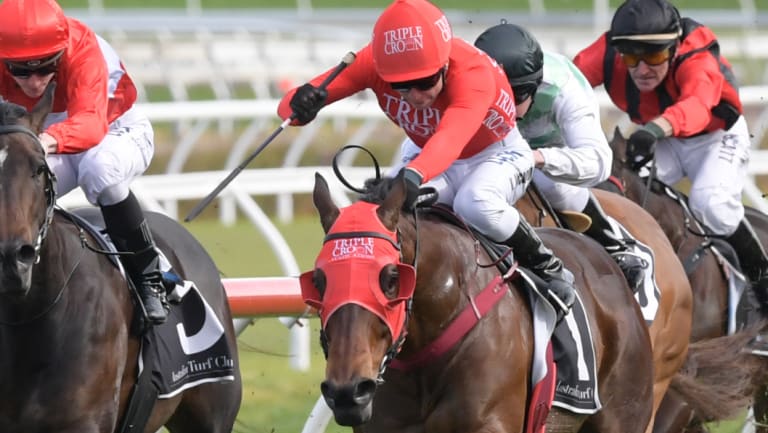 “It is a tasty book of rides on paper, so I’m looking forward to Saturday,” McEvoy said. “It helps when you draw gate three on Unforgotten and Miss Fabulass.

“Brimham Rocks got gate 15 but, after having a ride on him, I think the biggest factor for him is getting out to the 2400m.

“The draw makes it a bit tougher, but I think with no weight we should be able to get the right run and he will be hard to beat as well.”

McEvoy will ride Brimham Rocks a kilo over his 50kg handicap and has been watching his diet to get down as close to the limit as possible. The Chris Waller-trained stayer is yet to win in Australia but is $5.50 Beteasy favourite to break his duck on Saturday.

Waller has seven runners in the Metropolitan, with Libran considered his next-best hope at $9.

Waller horses dominate he  Epsom betting. D’argento is the $4 favourite  after drawing the rails, while McEvoy takes over from Hugh Bowman to ride $4.60 hope Unforgotten at 52.5kg in a race  where the premier stable will also have seven runners.

“She is going really well. Her win in the Chelmsford the other day at weight-for-age was very strong and she gets into the race very well at the weights,” McEvoy said.

Greg Hickman has the third pick in the Epsom market, Pierata, at $5, and was delighted when he picked up barrier four.

“From that gate we will get into the perfect position and have every chacne,” Hickman said.

“She is just going to put herself in the right spot from the gate and she has a great turn of foot, as we saw in the Tea Rose,” he said.

Redzel should be near his peak for Saturday’s Premiere Stakes, which will feature half the Everest field, despite missing the run in The Shorts a couple of weeks ago because of soreness.

Meanwhile, the investigation stemming from Newcastle trainer Ben Smith being suspended after a two cobalt positive swabs has widened to include metropolitan stables.

Racing NSW stewards took phones from a number of trainers and staff for forensic imaging on Monday as part of the investigation. It follows harness racing trainer Neil Costello being warned off after refusing to cooperate when asked questions in relations to the Smith inquiry.