Mediation talks between the United States women’s soccer team and U.S. Soccer ended without a resolution on Wednesday afternoon, damaging hopes that the sides could avoid a showdown in federal court over a gender discrimination lawsuit filed by the players earlier this year.

The sides had agreed to meet secretly for several days in New York this week, just over a month after the women’s team won its second straight World Cup championship. The mediation sessions were expected to be the most substantive face-to-face discussions between the team and the federation about equal pay and other workplace issues since they hammered out the details of the players’ current collective bargaining agreement in April 2017.

The talks had included members of the women’s team and senior officials from U.S. Soccer, as well as lawyers for both sides.

“We entered this week’s mediation with representatives of U.S.S.F. full of hope,” Molly Levinson, a spokeswoman for the players, said in a statement. “Today we must conclude these meetings sorely disappointed in the federation’s determination to perpetuate fundamentally discriminatory workplace conditions and behavior. It is clear that U.S.S.F., including its board of directors and President Carlos Cordeiro, fully intend to continue to compensate women players less than men. They will not succeed.”

U.S. Soccer made no immediate public comments on the sessions, which both sides had agreed would take place in the strictest secrecy.

Neil Buethe, a spokesman for U.S. Soccer, declined to elaborate on what was discussed, saying only, “We are continuing to work to find a resolution.”

With no further mediation sessions scheduled, the sides appear headed back to federal court.

Twenty-eight members of the women’s team sued U.S. Soccer in federal court in March, a significant escalation of the team’s multiyear fight with the federation over equal pay and equal treatment. The players said they were victims of “institutionalized gender discrimination” that affected everything from their paychecks and working conditions to the way they traveled to matches and the hotels in which they slept.

U.S. Soccer chose not to wage a public fight with the team over the lawsuit in the months leading to this summer’s World Cup in France, concluding it would be counterproductive — not to mention terrible optics — to do so as the players pursued a second consecutive world championship. Instead it poured millions of dollars into World Cup preparations and operations, including a private jet to ferry the players home from Europe to their victory parade in New York.

On July 29, Cordeiro, the federation’s president, released an open letter to U.S. Soccer’s membership that included a fact sheet that he said proved the women’s team actually was earning more than its men’s counterparts. This month, Politico broke the news that U.S. Soccer also had hired lobbyists to push back against the women’s team’s equal pay claims with members of Congress. It later reported that those lobbyists even reached out to candidates for the Democratic presidential nomination, fearing the issue of equal pay might come up in a nationally televised debate.

Both moves enraged supporters of the women’s teams and the players themselves, all of whom called the federation’s math — and its tactics — into question.

The issue of equal pay in U.S. Soccer is a complicated one. While both teams represent the United States in international competition under the federation’s auspices, they are paid differently by U.S. Soccer because each team has negotiated its own collective bargaining agreement.

The men, who make most of their on-field income through their contracts with professional clubs, have a bonus-only system with U.S. Soccer. The women’s players, at their own request and for their own financial security, have for years bargained for fulltime salaries from the federation that require them to play for clubs in the top American league, the National Women’s Soccer League. The women’s incomes are supplemented by bonuses for performances in major competitions, and smaller match bonuses than the men’s team earns. 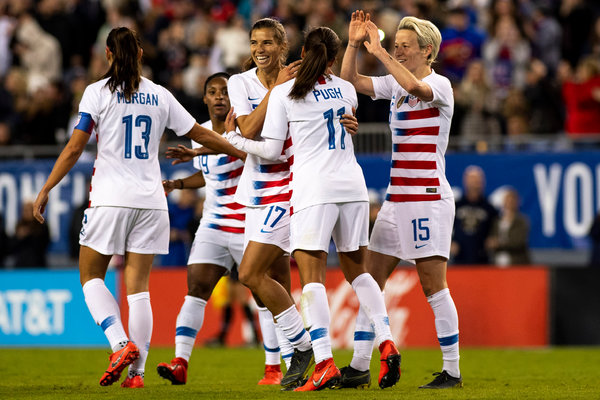 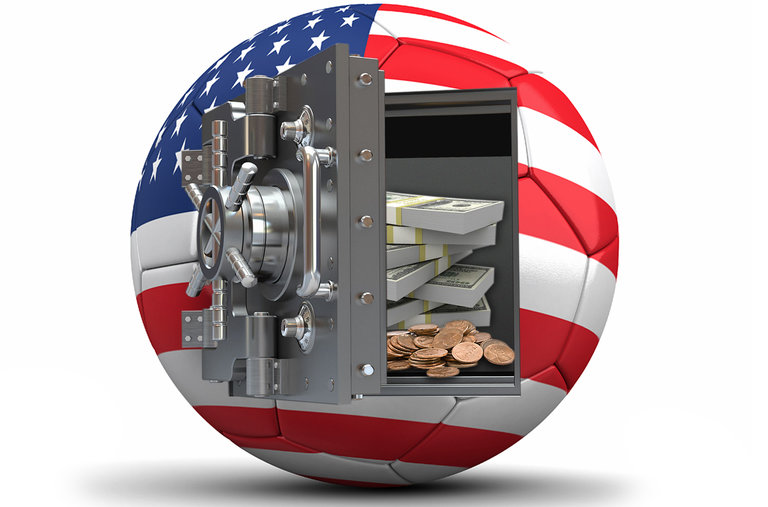 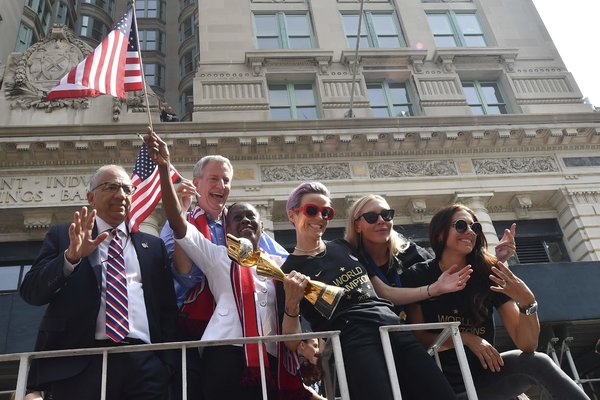 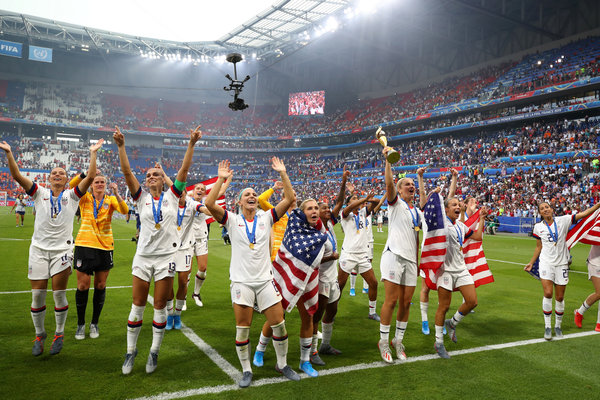