Meet the (Champion) Mets: It Was All in the Cards

A look at the championship team captured in the 1969 Topps Baseball set. 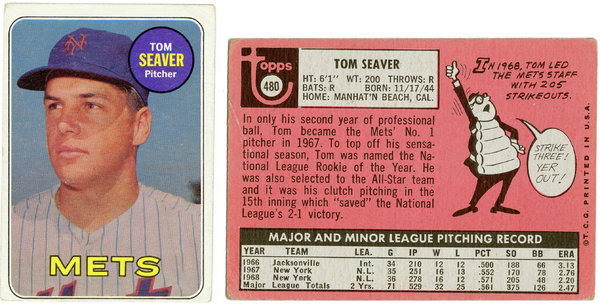 Jerry Koosman was the left-handed complement to Seaver and the two of them formed the most powerful pitching tandem in the major leagues in 1969. He was not named the most valuable player of the World Series, but he could have been, going 8⅔ strong innings in Game 2 to get the Mets even with the Orioles and then going all 9 innings in Game 5 to give the Mets the most unlikely of championships.

Cleon Jones was born on Aug. 4, 1942, five days before Tommie Agee, below, and the two of them grew up playing sports together in Mobile, Ala., before becoming outfield partners on the Mets — Jones in left, Agee in center. In 1969, Jones hit .340, drove in 75 runs, and was the best player in the Mets’ lineup. It was Jones who started the winning rally in the final game of the World Series, with an eighth-inning double.

Agee’s first season in New York, 1968, was a disaster. But 1969 was a different story — 26 home runs while batting leadoff, a .271 average, great catches in the World Series. Agee and Jones did have a close call in the N.L.C.S. when Agee, attempting to steal home, nearly got hit by a line drive off Jones’s bat. The two remained Mets teammates through 1972. Agee died in 2001 at age 58.

George Vecsey, writing in The New York Times, once referred to Jerry Grote as the “resident grump” of the 1969 Mets clubhouse. Indeed, he was a hard-nosed, intensely competitive catcher who was quick as a cat behind the plate and was in charge of steering a pitching staff that was the strongest part of the team. He did his job extremely well. As such, his offensive numbers that year — .252 average, 40 R.B.I. — were almost a footnote.

It was the consistently solid defense provided by Bud Harrelson, at shortstop, and by Grote behind the plate that became a subtle source of strength for the 1969 Mets. That season, Harrelson batted a modest .248 with no home runs, 11 doubles and just 24 R.B.I. But that hardly mattered. Far more significant was the role he played in the field. He weighed only 160 pounds, but he was the anchor.

Gil Hodges projected strength in his size and his quiet determination, and his players, many of them in their mid-20s, took heed. If the 1969 Mets had a pillar, it was Hodges. He was still the Mets manager when he died of a heart attack in 1972 at age 47.

Al Weis shared second base with Ken Boswell as part of a righty-lefty combo and was one of the weakest hitters in the 1969 lineup. Still, he hit a big home run in July to help beat the Cubs and an even bigger one in the final game of the World Series.

Ed Charles’s nickname was The Glider for the way he moved on defense at third base. And that defense was vital in the ninth inning of Game 2 of the World Series when, with the Orioles threatening, he snared a hard ground ball and threw to first for the final out. Charles died in 2018 at the age of 84.

As a rookie in 1965, Ron Swoboda hit 19 home runs, but by 1969 he was a platoon player. Even so, he continued to work hard on his outfield defense and in the 9th inning of Game 4 of the World Series he made one of the great catches ever.

Wayne Garrett and Ed Charles formed the lefty-righty platoon at third base. As a rookie in 1969, Garrett hit only one home run in the regular season. But he hit a two-run blast in Game 3 of the N.L.C.S. against the Braves.

An original Met, Ed Kranepool got six at-bats in 1962 when he was just 17. He was still a Met when he retired after the 1979 season. In the middle came 1969, when he platooned at first base with Donn Clendenon and homered in Game 3 of the World Series.

Ken Boswell was a formidable hitter from the left side who batted .279 in 1969 while manning second base with Al Weis. It was Boswell who singled in the winning run in the bottom of the 12th inning on Sept. 10 to push the Mets past the Cubs into first place.

The Mets acquired Donn Clendenon in June 1969 from Montreal and he proved invaluable as a part-time first baseman and a leader in the clubhouse. His best moment came in the World Series, when he hit three home runs. He died in 2005 at the age of 70.

In a rotation that featured Tom Seaver and Jerry Koosman, Jim McAndrew was sometimes overlooked and indeed, he did not pitch in the 1969 postseason. Still, he started 21 games in the regular season and went 6-7 with a solid 3.47 E.R.A.

Al Jackson pitched in only 9 games for the Mets in 1969 and fared poorly. By June, he was a member of the Cincinnati Reds. Still, he merits mention because his Mets roots go back to 1962, when he went 8-20 for one of the worst teams in history.

A backup outfielder and defensive specialist, Rod Gaspar twice threw out runners at the plate in key moments in 1969. In June, he nailed the Cardinals’ Lou Brock to protect a 1-0, eighth-inning lead. In August, he threw out the Giants’ Bob Burda to protect a 2-2 tie in the ninth.

A utility player for the Mets in 1969, Bobby Pfeil played second base and third and hit .232 in 211 at-bats. In the postseason, he failed to make the roster. But in the World Series, President Richard Nixon ended up using Pfeil’s glove to protect himself against foul balls.

In 1969, Nolan Ryan was a hard-throwing 22-year-old who pitched reasonably well in 25 games. Even better, he excelled in October, with a long relief stint in Game 3 of the N.L.C.S. and a save in the World Series. He was traded after the 1971 season; the rest is Hall of Fame history.

In 1965, as a rookie left-hander for the Mets, Tug McGraw actually outdueled Sandy Koufax, causing a huge stir. Three years later, however, he was back in the minors. In 1969, he returned to the majors, and proceeded to excel in the bullpen. He was 59 when he died in 2004.

In an era when teams used fewer pitchers, Cal Koonce, McGraw and Taylor formed the everyday core of the 1969 bullpen. Koonce went 6-3 with 7 saves, but, like McAndrew, did not pitch in the postseason. He died in 1993 at the age of 52.

Of the four Mets coaches in 1969 — above from left, Yogi Berra, Rube Walker, Eddie Yost and Joe Pignatano — only Pignatano, who will turn 90 in August, is still alive. In 1969, Pignatano was the coach in the bullpen, where he found room for a vegetable garden. Berra was the first-base coach and succeeded Hodges as Mets manager when Hodges died; Berra died in 2015 at age 90. Rube Walker was the Mets’ pitching coach and died in 1992 at age 66. Eddie Yost was the third-base coach and died in 2012 at age 86.

NO CARD, BUT CONTRIBUTING

Jack DiLauro was a jack-of-all-trades pitcher for the Mets in 1969, the only season he played with the team. He appeared in 23 games, made 4 starts, and went 1-4. He was not on the postseason roster and there is no official baseball card showing him as a Met. Other players — Donn Clendenon (acquired in June) and Bobby Pfeil, Wayne Garrett and Rod Gaspar (rookies in 1969) — are shown here with their 1970 cards.

The 1969 Topps Baseball set with 664 cards was the largest in its history as Major League Baseball added four expansion teams. Because the Nolan Ryan card is often excluded in team sets for sale, a photograph of it was provided to The Times by the National Baseball Hall of Fame.

NEXT UP: The Faces Along the Way 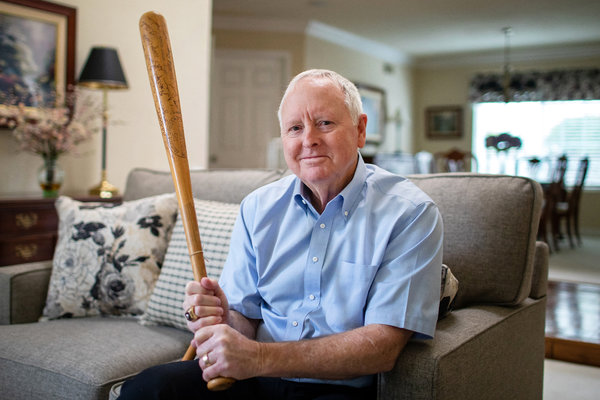 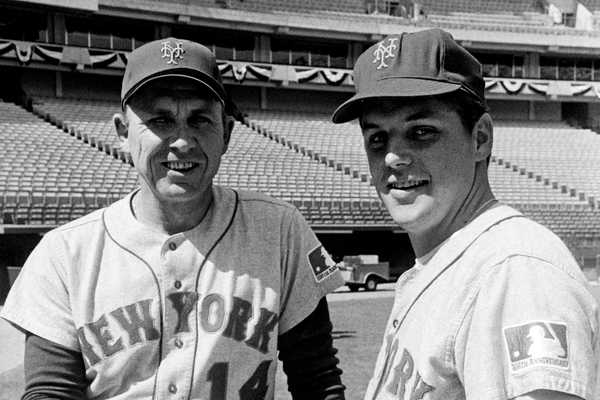 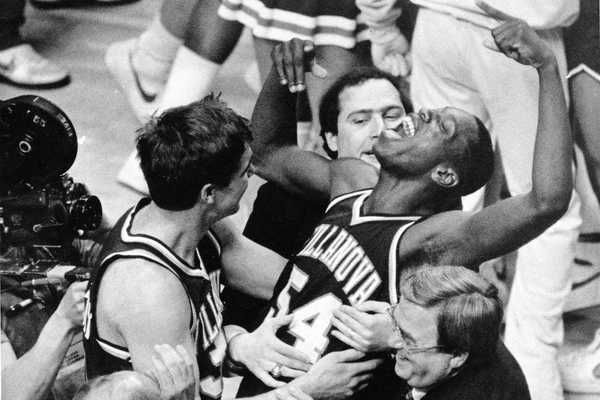 An earlier version of this article misstated the inning in which Ron Swoboda made a great catch in Game 4 of the 1969 World Series. It was the 9th inning, not the 10th.