The former Invicta FC champ will challenge the hard-hitting Nunes for the 145lb strap early on Sunday morning in the co-main event of UFC 259. 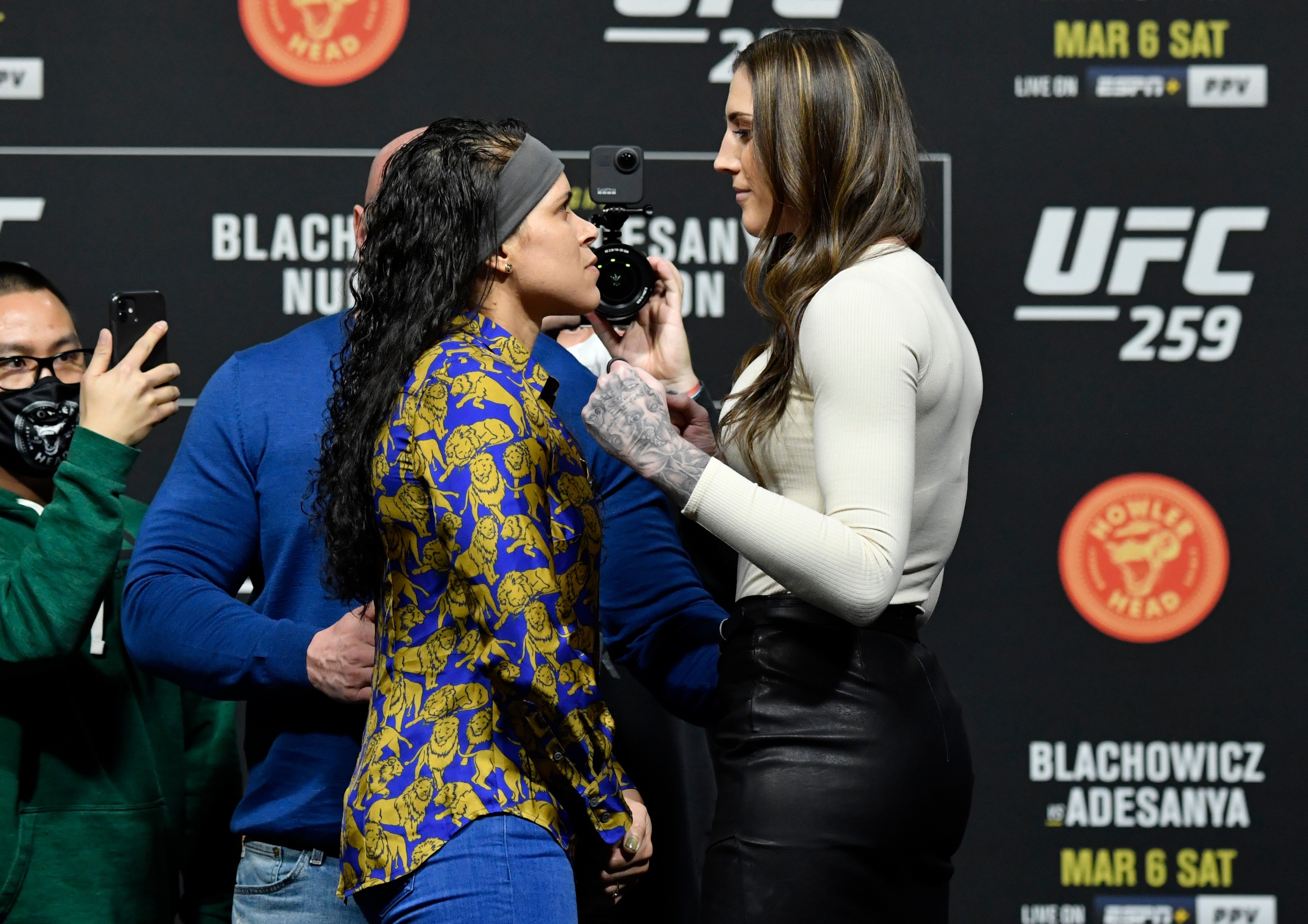 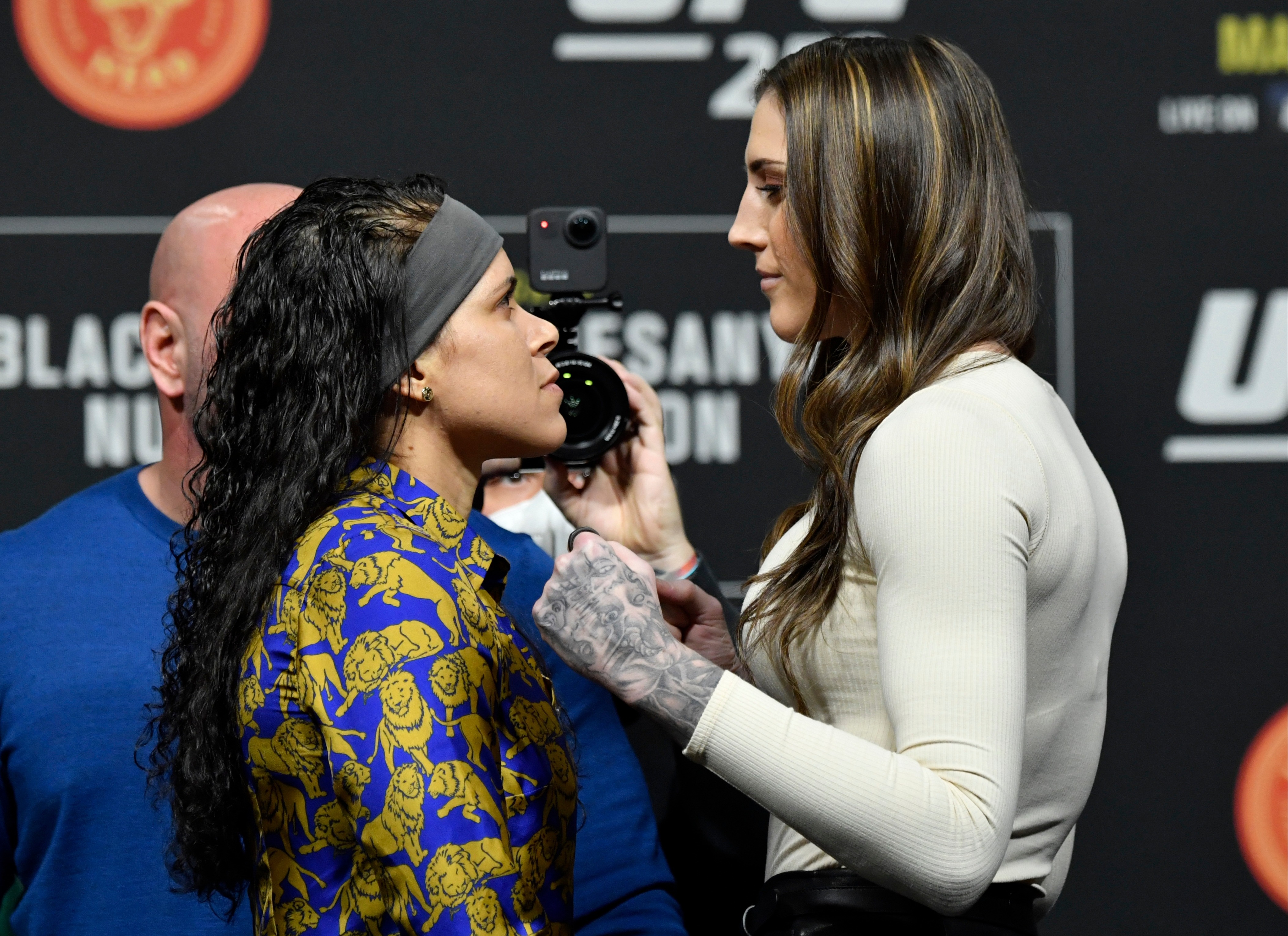 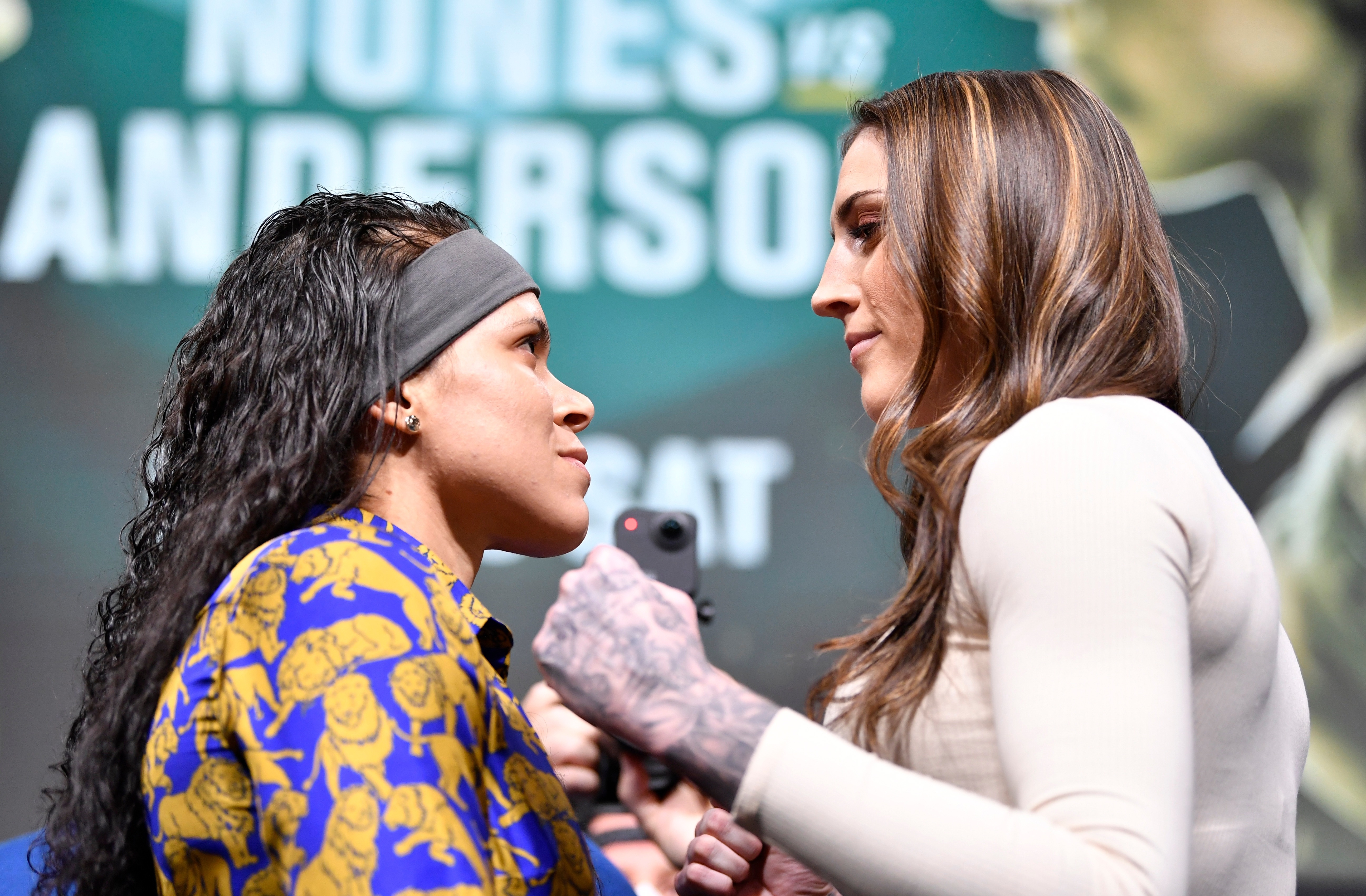 Aussie Anderson got to size up the greatest female mixed martial artist of all time on Thursday night during the first and final pre-fight press conference at the UFC's Apex facility.

And during their face-off, the six-foot Anderson dwarfed the two-division champion – although she was wearing high-heeled shoes.

Anderson's height advantage over the Brazilian stunned UFC fans, who took to Twitter to express their shock.

One fan tweeted: "I knew Megan was 6ft but this face to face just puts the size difference into perspective, christ."

Another said: "Massive height advantage for Megan, but if Amanda works the body then she'll still be champ."

And another said: "Anderson can be a really dangerous fight for Nunes.

"If she keeps her distance, check those leg kicks and avoid fire fights she can win this fight.

Anderson, 31, goes into her first UFC title fight as a huge underdog.

But the Glory MMA standout believes she has the skillset to cause The Lioness some serious problems on fight night.

She said: “I feel like I’m the first true featherweight that she’s fought that brings a lot of power.

“I know Felicia (Spencer’s) a featherweight, but I think styles make fights.

"I think I have a lot of power that I bring to the table, and I don’t think she’s seen that in a very long time.”

She added: “I think everyone has holes in their game. I think you just have to find them.

"We’ve looked at the tape, and we’ve got a gameplan, so we’re ready to capitalize on those moments when we see them.”