Melbourne need to stop being slow and predictable and kicking the ball down the line if they are to turn improved effort into results, forward Jake Melksham says.

The Demons were pleased they had improved effort for three quarters but still eventually lost by 46 points when the game blew open quickly in the last quarter against Richmond. 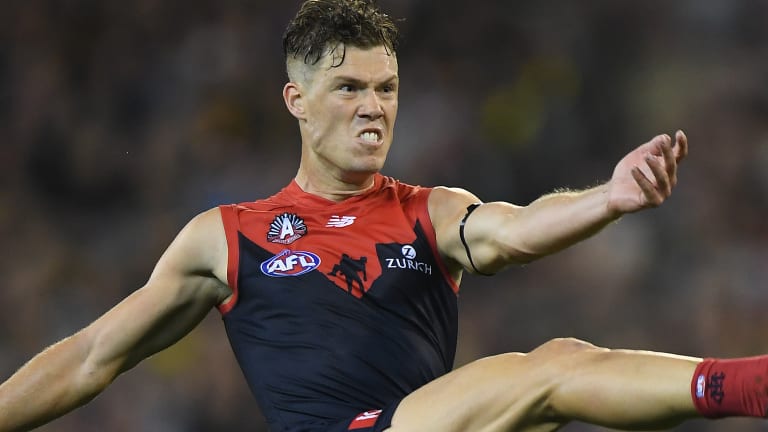 Jake Melksham says the Demons have work to do.

Melksham admitted that winning was the first priority – but when the Demons fell behind they had to stop leaking goals heavily in games and allowing the margin to blow out, mindful of how percentage hurt them when they missed the finals at the end of last year.

"Maybe that's worth revisiting during the week because we have been there before and it's hurt us big time so we will look at that and go from there.