The NBL Blitz is done, now Melbourne United turn their attention to their NBA pre-season clashes with Philadelphia and Toronto.

Melbourne completed their run at the Blitz with an 88-82 win over Illawarra Hawks in Ballarat, and finished the tournament with a 2-1 record.

Adelaide 36ers took out the Loggins-Bruton Trophy after winning all three games, with the Hawks finishing second. Melbourne's only loss came against the Sixers.

Veteran forward David Barlow said his side had a lot of work to do before flying off to Philadelphia where they will play the Philadelphia 76ers on AFL Grand Final Day at 10am, before having a training camp in the US then facing the Toronto Raptors in Toronto on October 6. 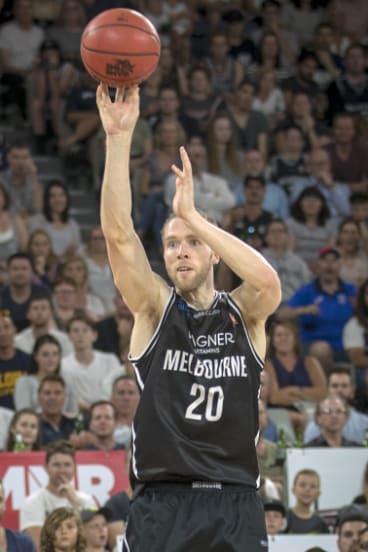 Barlow has impressed throughout preseason as a starting power forward and he pinch-hit at centre during parts of the Blitz. Import centre Josh Boone sat out due to a hamstring injury, forcing Melbourne to consider bringing in another American player to bolster their centre stocks for the two NBA games.

Chris Goulding had 20 points and Barlow 18 points in the win over the Hawks, who were led by Emmett Naar and Brian Conklin with 17 points each.

“We are not where we need to be which is kind of expected at this time of the season,” Barlow said.

“But every game we get we are working on things and trying to improve next game.

“I don’t care what position I play, but I do think that [me being in centre] is a line-up we can maybe throw out there from time to time. We need to get better at it and see where the advantages lay.”

With the Sixers boasting a team of great athletes led by Ben Simmons, Barlow said Melbourne had to lift its transition defence and keep turnovers to a minimum when in the US.

“Transition defence and turnovers are always a priority when playing against one of those teams – if you turn the ball over and give up transition buckets it can get ugly,” Barlow said.

“So getting back on defence and making them work defensively is something we need to try and do.

"But we are super lucky to be able to do it, it should be fun and it give us a chance to get better and spent two weeks together – we are very lucky.”

Melbourne still hope to have Boone for part of the trip, but if Barlow is still playing at centre he could find himself guarding 213-centimetre Sixers all-star Joel Embiid.

“That would be a tough one,” Barlow said with a smile.

ESPN and NBA League Pass will show the Melbourne United v Philadelphia 76ers game live on Saturday at 10am.

Melbourne United tip off their NBL season against Illawarra Hawks in Wollongong on October 12 before hosting New Zealand Breakers at Hisense Arena on October 14.