Melbourne Victory are set to sign Spanish midfielder Raul Baena, with the club waiting on club medicals to be conducted.

The defensive midfielder is listed as a member of the club's squad on their Wikipedia page and his biography proclaims him to be a Melbourne Victory player although no offical confirmation from Victory has been given.

Baena's former club, Granada, issued a statement saying they had reached an agreement with Victory to sign him for a season.

Coach Kevin Muscat said over the weekend that Victory would be bringing in ''some more bodies'' over the next few weeks, and Baena will bolster their stocks in a crucial part of the pitch where they rely heavily on veterans Carl Valeri and Leigh Broxham.

The 29-year-old spent time in the Barcelona youth system but played most of his career in La Liga with city rivals Espanyol, who were coached for a time by current Tottenham boss Mauricio Pochettino.

He also had spells in Spain's top flight with Rayo Vallecano and Granada, who were his last team before his decision to move to Australia.

Baena also represented Spain four times at under-17 level and once at under-21 level. 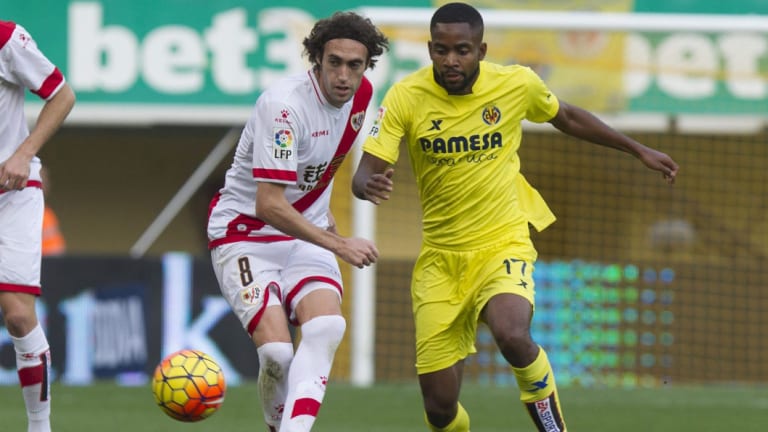 Meanwhile, the chairmen of the A-League clubs will meet in Sydney on Tuesday to discuss their approach ahead of an emergency general meeting which will be called to discuss changes to the sport's governance.

FIFA have recommended a number of changes to broaden the franchise and increase diversity of voices and opinion in the Australian game's congress.

The issue has been running for well over a year now and has led embattled FFA chairman Steven Lowy to say that he would not seek re-election, citing the "politics in football" as reason for his decision to take himself out of the equation as debate over soccer's future structure rages.