LIONEL MESSI'S blow to the eye was "significant" and his performance against Manchester United was affected, admitted Barcelona boss Ernesto Valverde.

The Argentine legend, 31, was clattered by Chris Smalling in a challenge in the middle of the pitch just before the half-hour mark. 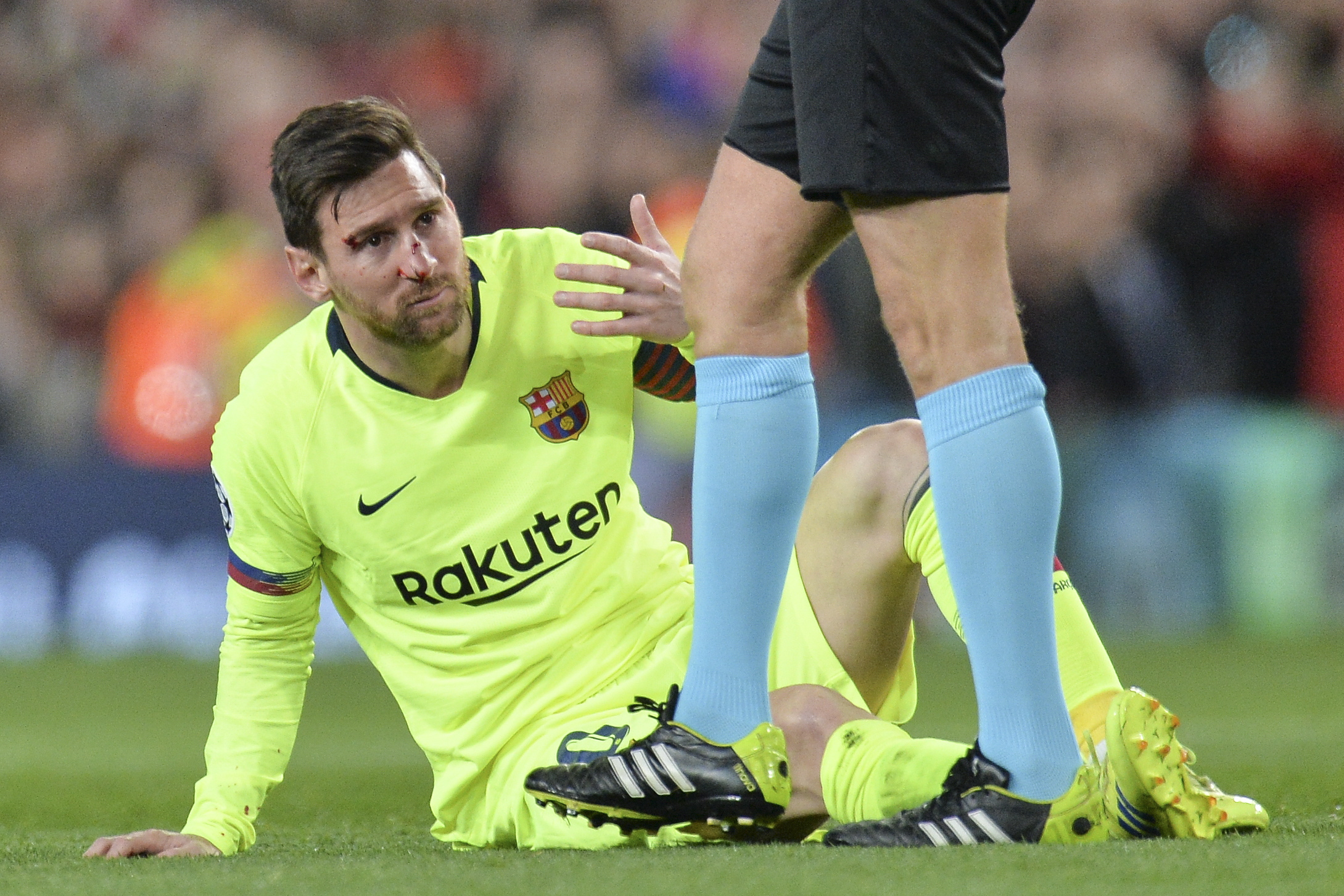 He required lengthy treatment from the medics on the pitch with his nose bleeding and his game was unusually subdued from that point on.

There were some suggestions that Messi may have broken his nose in the incident while others reported that there was some blood clotting and even an infection to the eye.

But Valverde added that Messi will be checked over by doctors later today.

He said: "Messi wasn't so comfortable after the blow.

"He took a big blow and he will have to be examined tomorrow to see how he is.

"He was strong, but he has quite a significant bruise."

Messi is expected to be left out of Barcelona's league trip to bottom club Huesca on Saturday afternoon.

The Catalan giants are already 11 points clear at the top of La Liga and will be desperate to have their star man back for the second leg.

Smalling was quizzed on the clash by BT Sport but after saying "bring it on" ahead of the clash, he was in no mood to apologise.

But he did respond to the yellow card he picked up four minutes from the end of the game for a challenge on Luis Suarez.

Smalling said: "I think it [the Messi challenge] came when we were right on the front foot.

"We had to bring the intensity they’re not used to every week and there’s a lot to play for in second leg.

"We pressed them high and made it difficult. It’s a shame we couldn’t get the goal. I thought we created some good chances.

"The whole team, we nullified them. I think there was only one other save for David De Gea. We knew we had to bring that intensity that they’re not used to.

"It was a good battle, my yellow card on Luis Suarez out of all the challenges I thought it was the softest."

Messi had already helped put Barcelona into an early lead before Smalling tried to take matters into his own hands.

With just 12 minutes on the clock, his cross found Suarez at the back post and the Urugauyan's headed was diverted into his own net by Luke Shaw.

The 1-0 victory was Barca's first at Old Trafford and puts them in a strong position ahead of the second leg at the Nou Camp on Tuesday. 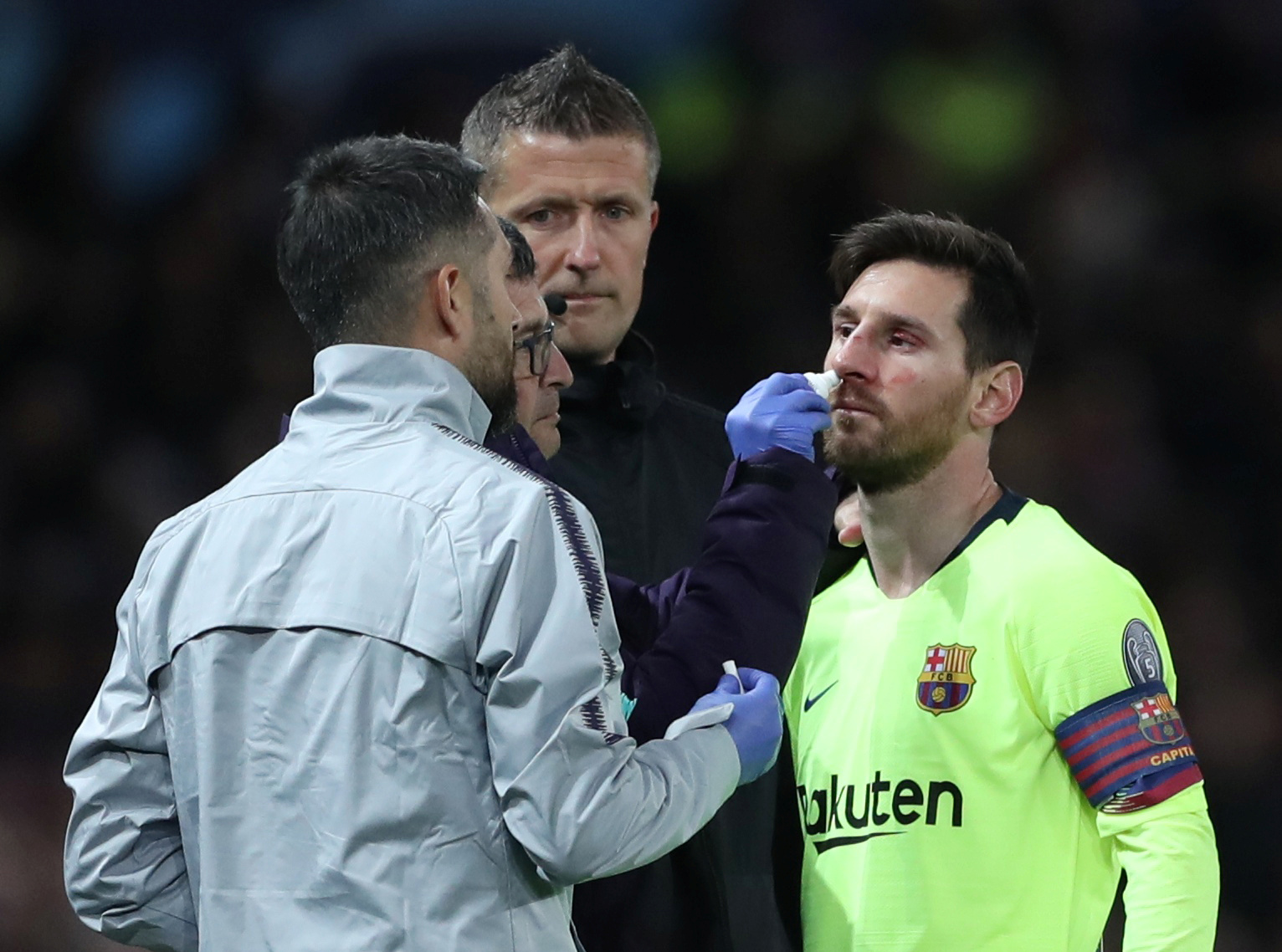 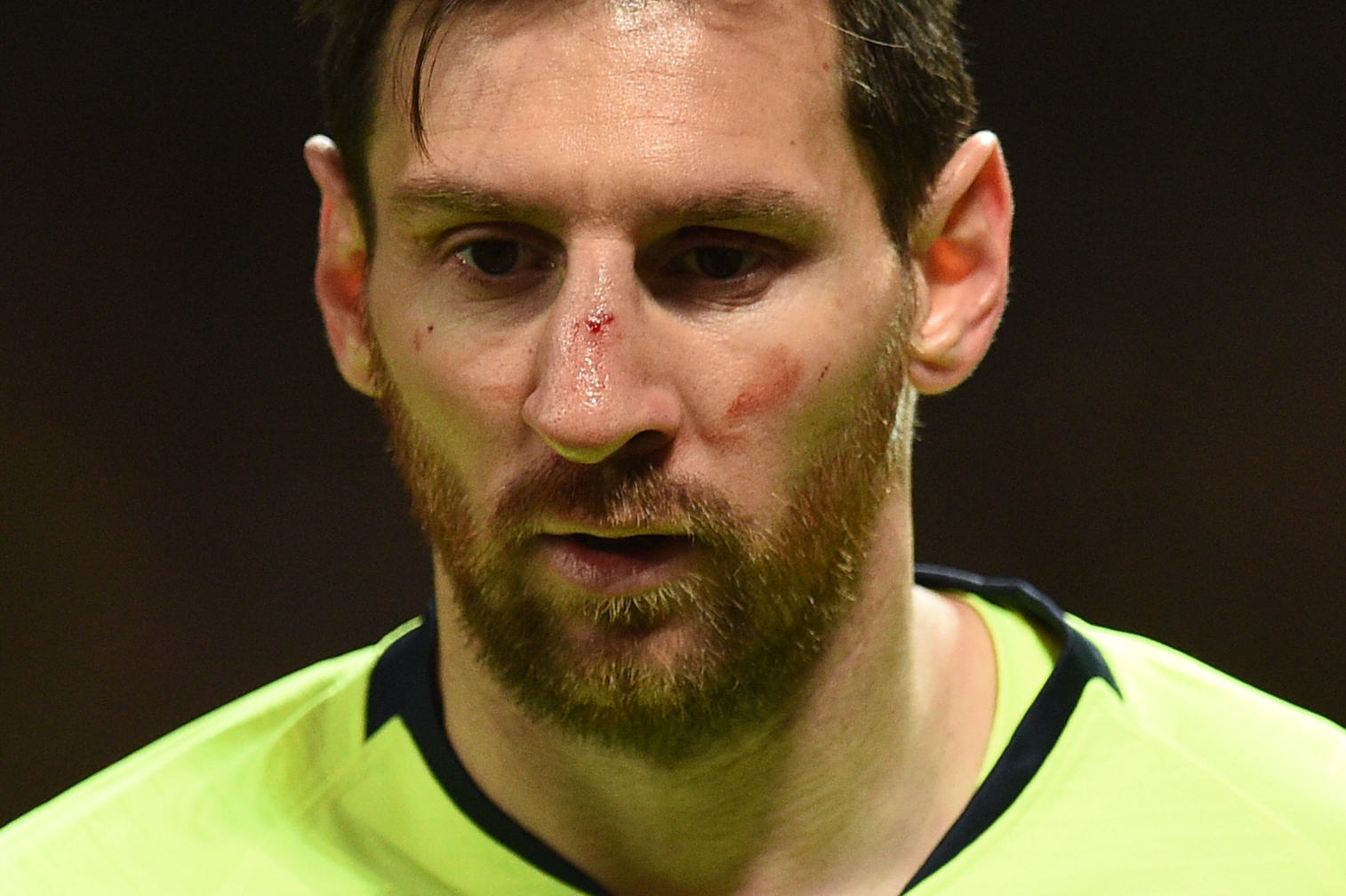