ONE of Chelsea or Liverpool could pip Manchester City to the Champions League title, says Anfield legend Michael Owen.

The three English heavyweights are joined by Manchester United in qualifying for the last 16 with a game to spare. 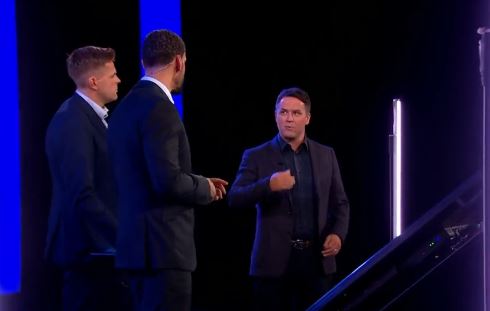 City came from a goal down to defeat the star-studded Paris Saint-Germain 2-1 at the Etihad on Wednesday.

He said on BT Sport: “Chelsea and Liverpool have got a little edge on (City).

“That’s not to say they can’t win it. They definitely can, they’re a top team.

City fans are still waiting desperately for their first Champions League title after losing to Chelsea in last year’s final.

And with all four English clubs already qualified – Italy have the next-highest number with two – Owen believes the winner is set to come from the Premier League.

He added: “English football is so far ahead at the moment, City have got a right good chance of breaking their hoodoo.

“But if you really pinpoint it I’d say Liverpool and Chelsea are a slight step ahead.”