Summer expectation:
Fresh from a grand final the Crows were bullish; they had brought in Bryce Gibbs and had reason to believe they could cover the losses of Jake Lever and Charlie Cameron. Brodie Smith’s knee injury at the end of last season they hoped would be offset by the depth of their midfield and in particular the arrival of Gibbs. The Crows felt they had a team defence reliant on role players who served the potent forward line of Taylor Walker, Eddie Betts, Sam Jacobs and Tom Lynch. 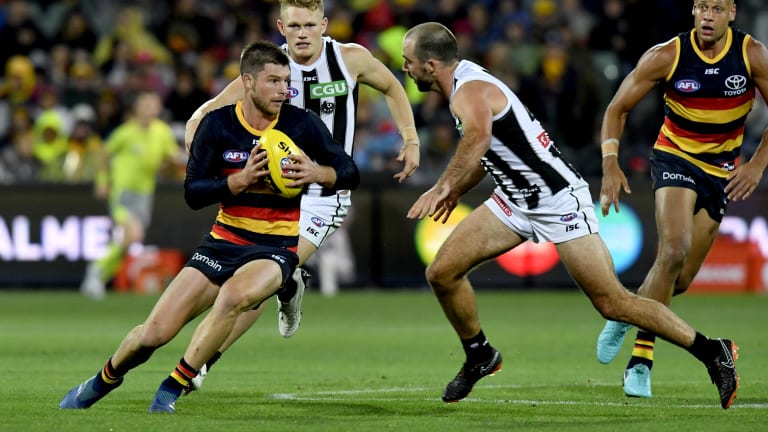 The story so far:
The Crows season started with a disastrous pre-season camp but that felt like a hiccup when they kicked off the year beating Richmond in the grand final re-match. That hiccup was indeed the gas of bloated expectations for the round-one victory has proved an aberration. Things have not gone well for a side measuring itself against a minor premiership. In fairness, they have not given themselves a chance. Injuries have mounted and denied them the chance to have a proper go at it. Brodie Smith was always going to hurt but to then lose Rory Sloane to a Lisfranc foot injury that could keep him out for an untold length of time as well as interruptions to the year of captain Walker has meant that their two key leaders have been unable to have an impact. Add to that Brad Crouch being out indefinitely with groin soreness and Lynch, Rory Laird and Richard Douglas missing games and they have had the core of their best team sitting on the sidelines. That adds up and the Crows are now unlikely to make the eight.

The surprise:
Tom Doedee is the clear surprise packet. He has come in to fill the Jake Lever role of intercept marking half-back and done it so well even the Crows have been surprised how little they have missed Lever. Paul Seedsman is the other player to have elevated his game to a new level. He has been a slow build but is finally now delivering consistent high-quality performances. He has good pace and kicks the ball well but previously would play good quarters before fading. Now he is playing good game after game. 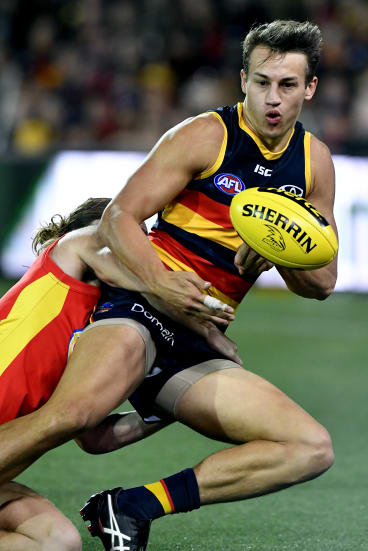 Tom Doedee has slotted straight in.

What's ahead:
Horrible run home and most likely more pain for the Crows. Even though they were away and understrength, the Crows should have been able to beat Fremantle without Fyfe and Sandilands, but the young Dockers showed them up. Adelaide needed that win because their run home is awful. Six of their next 10 matches are against current top-eight teams and by the time they play GWS, the Giants could be back in the eight as well. In the next month they play Hawthorn – always difficult – at the MCG and follow it with West Coast at an Adelaide Oval where the Eagles have won six of their last seven. Then it's the Tigers at the MCG – ouch – and then host Geelong. Throw in games against Melbourne, a Showdown, and North Melbourne and that is a sticky ride.

How is your team going? Every side will be covered in this series in the coming days.