The official was called into action when he showed defender Lewis Dunk a second yellow card followed a red after a tackle on Junior Stanislas.

And Dean had little sympathy for the England ace as he left with a parting message.

As he pulled out his red card, Dean bluntly said: "Off you pop."

The footage was revealed on Twitter with many suggesting it was "peak Mike Dean." 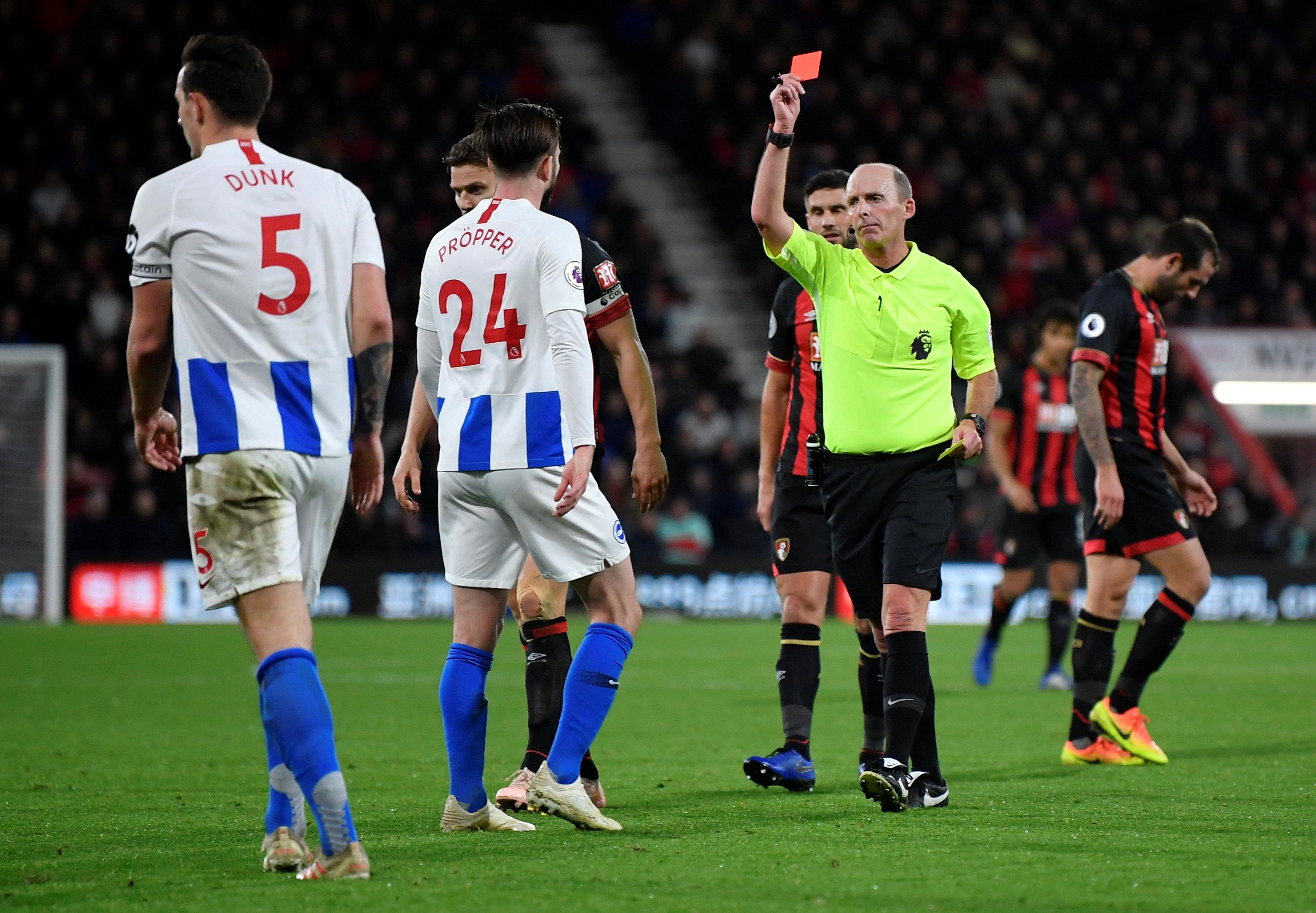 Another joked: "Mike Dean at it again!"

Dean never seems too far from the limelight and has been involved in a series of bizarre decisions over the years.

In 2015 he raised question marks when he appeared to celebrate Tottenham's goal against Aston Villa.

In October 2016, Dean had perhaps his weirdest moment on a football pitch.

While the players were lining up for the Manchester Derby, the ref leaned in and SNIFFED the chest of his assistant, Ian Hussin.

In the same month, his catwalk strut out onto St Mary's had fans in stitches.

And his no-look yellow card to Ross Barkley in December 2016 was perhaps the most diva-like moment of the year.