Mike Tyson has confirmed his boxing comeback and will fight fellow legend of the sport Roy Jones Jr.

The former world heavyweight champion, who retired in 2005, will now meet the former four-weight world champion on 12 September in an eight-round exhibition.

The pair confirmed the fight on a video call, signing contracts before turning the paper to the camera as proof.

Tyson took to social media to confirm his comeback: “I. AM. BACK. September 12th against Roy Jones Jr on Triller and PPV.”

While Jones Jr admitted he is at a massive physical disadvantage: ”It’s very risky. I was better than anybody in any weight class I was in. He’s a giant. 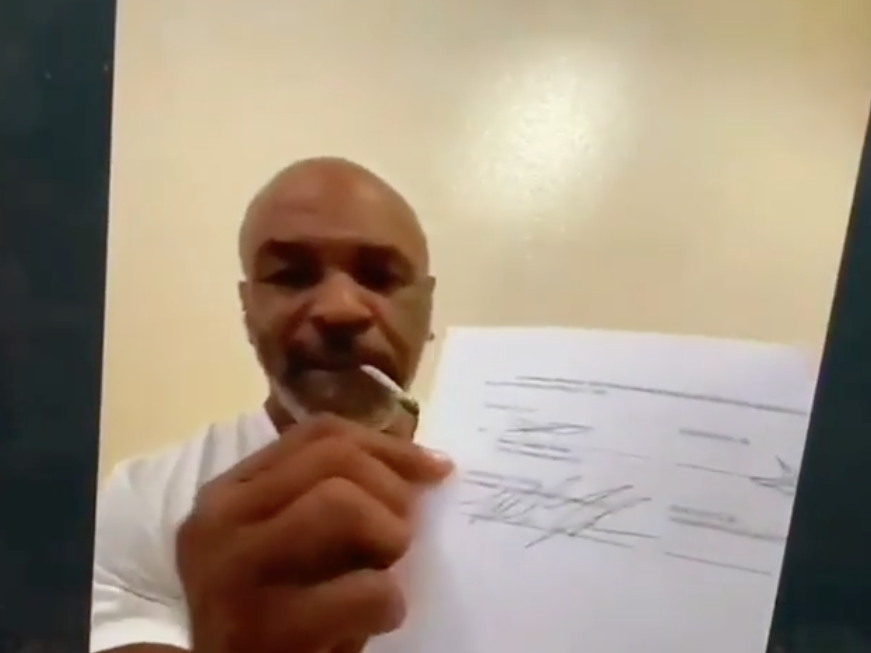 “I’m the little David, who only has God on my side, but that’s all I need.”

Jones Jr has been operating as a trainer most recently, with Chris Eubank Jr notably working with him this year.

Known as one of the best pound-for-pound boxers of all time, Jones Jr last fought in the ring in February 2018, beating Scott Sigmon on points.

Jones Jr said: ”Yes, it’s true – Mike is a legend. It would be crazy to receive an offer to enter the ring with him and refuse.

“I had no intention of going back and fighting again but, for the sake of Mike Tyson, I agree to make an exception.

“For me, this is an opportunity that I cannot refuse. Of all those who wanted to go into the ring with him, he chose me. And since he did that, how can I say no?”