Luka Modric has won the FIFA men's player of the year award, beating Mohamed Salah and Cristiano Ronaldo for the honour, while Matildas mentor Alen Stajcic missed out in the women's coach of the year category.

Modric's win breaks the Lionel Messi-Ronaldo duopoly of the last 10 years and follows his player of the tournament prize at Russia 2018 and UEFA player of the year accolade last month. 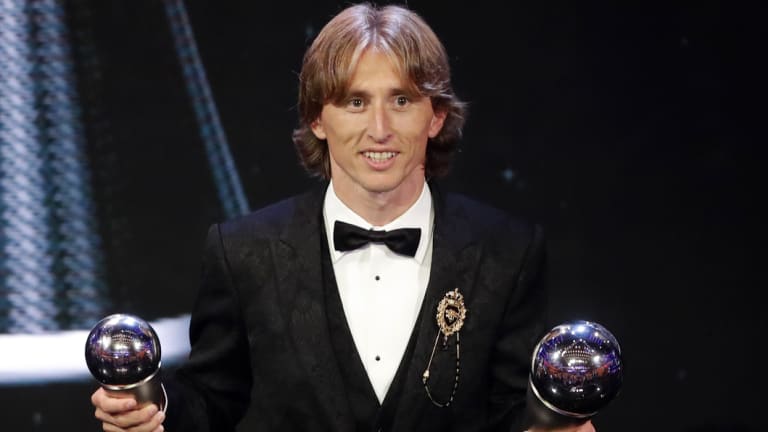 Brazil's Marta won her sixth FIFA women's player of the year prize, finishing ahead of Germany's Dzsenifer Marozsan and Norwegian Ada Hegerberg, both members of the dominant Olympique Lyonnais Feminin side.

There was some surprise when the final nominations came out that Australia’s budding goalscoring superstar Sam Kerr hadn’t been nominated. Kerr's firepower helped the Matildas reach an all-time high ranking of world No.4 at the end of 2017.

Pedros, whose side stamped their authority as the best women's club side by claiming a women's Champions League and French league double last season, was awarded the accolade at a special ceremony in London on Monday night.

Under Stajcic, Australia enjoyed two victories against Brazil and lost the final of the Asian Cup to Japan during the voting period from August 7, 2017 to May 24, 2018.

The Matildas are currently ranked eighth in the world and went unbeaten in the Tournament of Nations last month.

They will take on France next week as they prepare for next year's FIFA Women's World Cup.

Pedros was also vying for his coaching award with 2017 winner and Netherlands coach Sarina Wiegman, as well as Japan coach Asako Takakura.

For 33-year-old Modric, the prize caps a remarkable 12 months when he played an integral role in Real Madrid's third straight Champions League victory and then lead Croatia to their first ever World Cup final.

In his speech, the former Tottenham Hotspur maestro thanked his teammates and family in English, Spanish and Croatian, and said he was proud to receive the prize in front of FIFA's deputy general secretary Zvonimir Boban, a star of Croatia's 1998 World Cup side.

"It's a great honour and a beautiful feeling to stand here with this amazing trophy," he said.

"First of all, I would like to give congratulations to Mohamed [Salah] and Cristiano [Ronaldo] for the great seasons that they've had and I'm sure in the future they will have another opportunity to fight for this trophy.

Modric added: "This trophy is not just mine, it's for all my Real Madrid teammates, for all my teammates from the Croatia national team, for all the coaches that I have played for.

"Without them, this would not be possible and thank you a lot to them.

"This trophy is also for my family, without whom I would not be the player and person that I am." 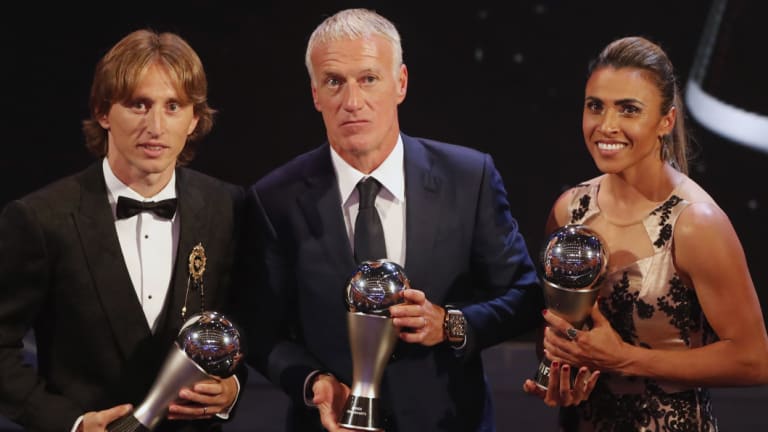 Marta, alongside Modric and France’s men’s coach of the year Didier Deschamps, won the women’s honour for the sixth time.