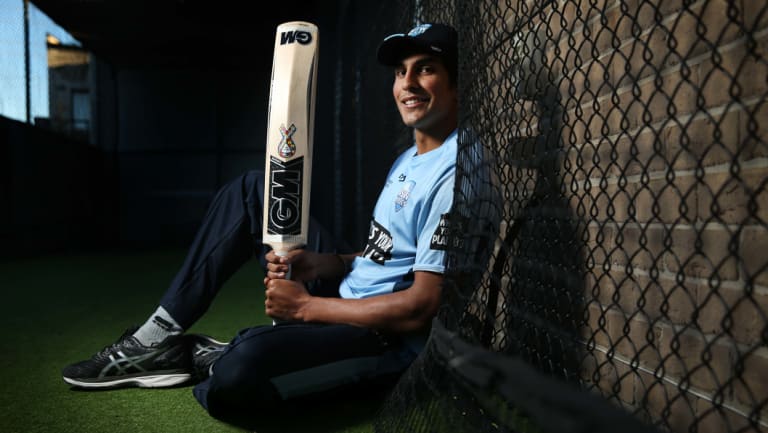 Jason Sangha at the nets at his father’s home.Credit:Marina Neil

Jason Sangha will never forget what he was told when he turned up at the Sydney Cricket Ground after becoming the youngest player in history to earn a contract with NSW.

"Be a sponge and keep learning as much as you can".

Just like that, the hunt was on. Sangha needed to latch onto someone that could teach a young man the ways of a professional cricketer – and the mentors came in spades.

But one man stood out above the rest.

Moises Henriques has experienced the highest of highs having played 26 games for his country, but he has battled demons along the way and earned praise when his battle with depression recently came into the spotlight.

Rarely has Sangha met someone so willing to help out a young star burdened with the title of Australian cricket's "next big thing".

"How he dealt with that pressure and how he dealt with being a young guy and trying to find his feet, he’s awesome. I’ve been so lucky to speak to him a fair few times, not just on the cricket field but off the field, and just joking around.

"He brings so much calmness to the group, and especially to a youngster like myself who sometimes when things aren’t going right or you just need someone to talk to, he’s obviously always there to talk to us youngsters.

"The fact he has been there before at this young age and knows what it feels like is awesome to have. He’s been awesome with me, I’ve absolutely loved the opportunity to play with him and train alongside him as well. 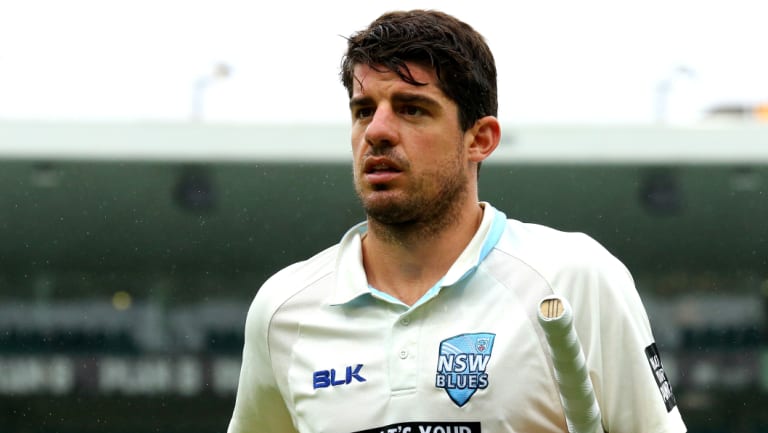 Moises Henriques has been a great mentor for Jason Sangha.Credit:AAP

"For him to openly talk about [depression] with us and understand it’s such a concern is amazing."

Sangha will make his second Prime Minister's XI appearance when he takes guard against the might of South African fast bowlers Dale Steyn and Kagiso Rabada at Manuka Oval on Wednesday night.

The former Australian under 19 captain is set to suit up alongside a trio of Blues teammates in promising batsman Patterson, fast bowler Ben Dwarshuis and Sangha's former representative rival Jack Edwards.

Newcastle product Sangha and Manly junior Edwards have been doing battle for the best part of seven years throughout their junior careers, and now they have a chance to break through on the big stage.

"Any time you get the opportunity to face an international side, it’s always something you look forward to," Sangha said.

"I’ve been lucky, I’ve had a few opportunities now to actually face some international teams and play against guys you aspire to be like.

"I’m a lot older now and a bit more mature now, I’m still learning about my game so much. Hopefully Wednesday is another opportunity for me to showcase my skills. It’s going to be another good experience, a good learning curve, and something I can take a lot from."