TROY DEENEY famously said of playing Arsenal last year: "Let me whack the first one and see who wants it."

On this night at Vicarage Road, Lucas Torreira was the first player he whacked…but this time, it didn't escape the notice of the officials. 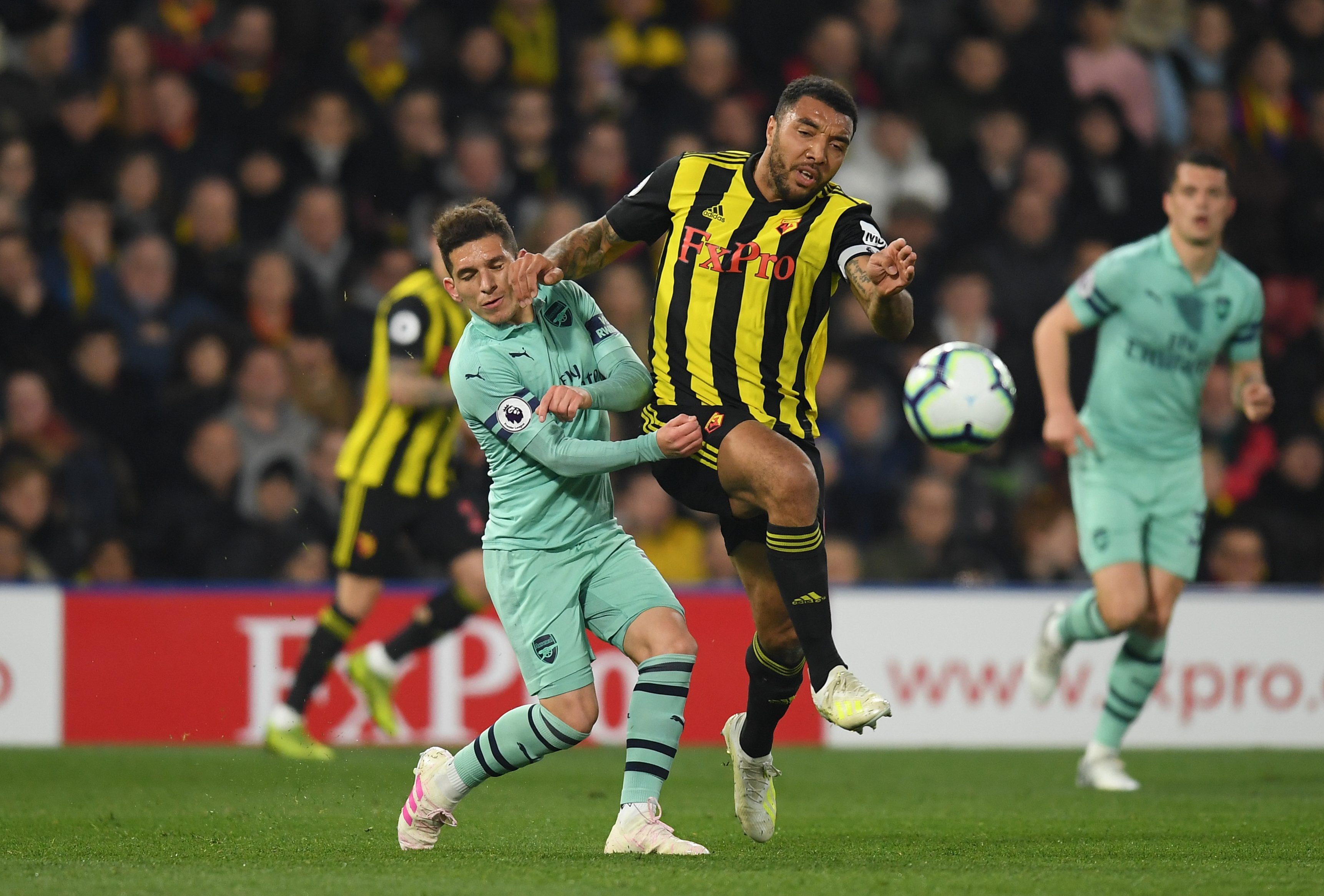 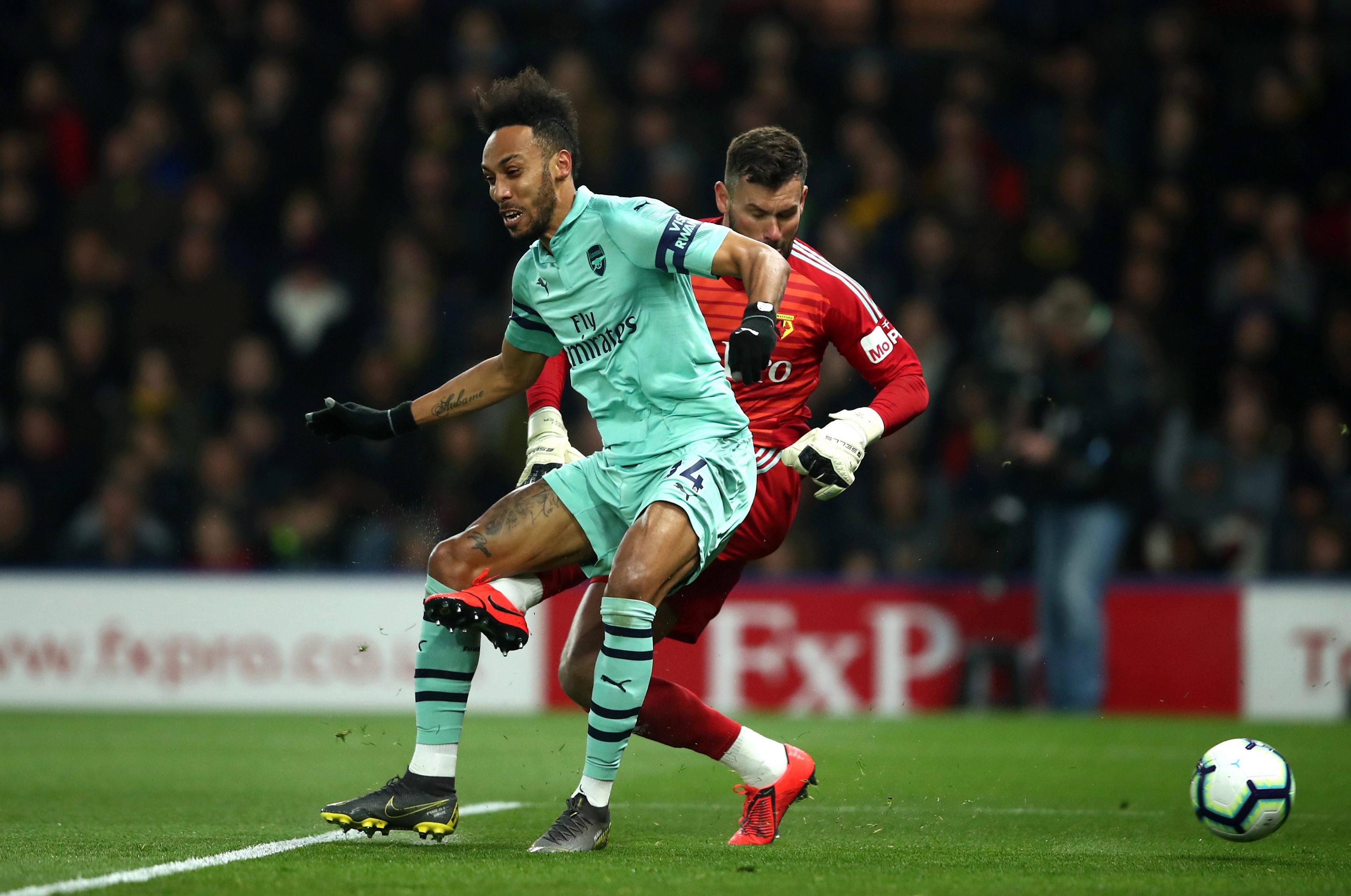 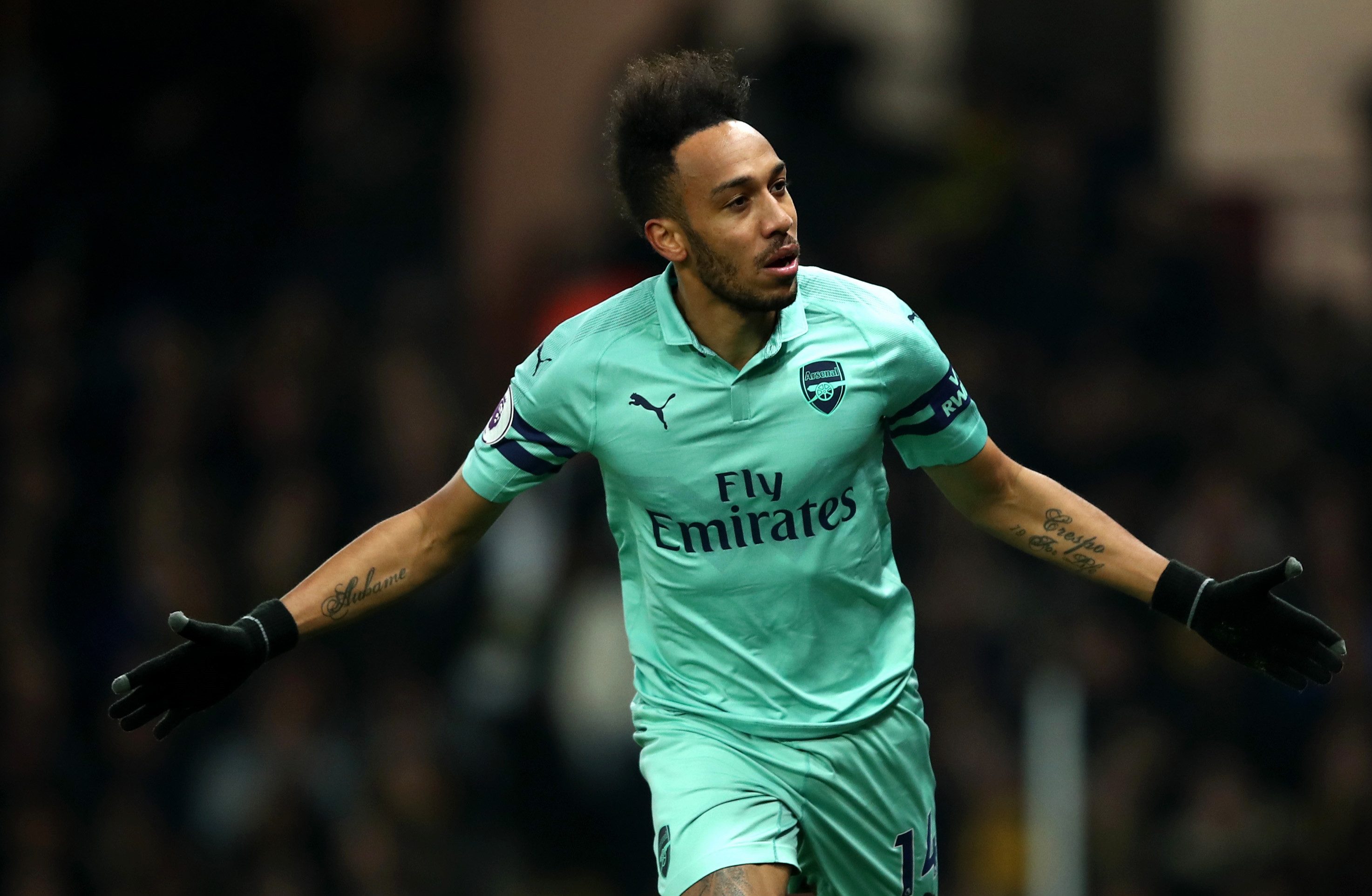 The moment of madness came just over a minute after the usually dependable Ben Foster had gifted Pierre-Emerick Aubameyang his first away goal of 2019.

Javi Gracia was let down by his two most influential players as Unai Emery compelled his men to show the cojones that they were accused of lacking under his predecessor.

Nothing but a win would have done for the Gunners in the tough battle for Champions League qualification after Chelsea lost 2-0 against Liverpool on Sunday.

Arsenal had won only five of their 15 Premier League games on the road this season but Watford gave them the perfect chance to banish those demons within eleven minutes.

Despite a promising start for the side that won 2-1 in the same fixture last season, successive errors from Foster and Deeney put the visitors in complete control.

First, the veteran goalkeeper dawdled on a back pass from Kiko Femenia which allowed Aubameyang to steal in and divert his clearance into an empty net.

And then moments later Deeney was shown a straight red card for a reckless off-the-ball elbow on diminutive midfielder Torreira.

Watford fans can take heart from another spirited performance after their recent heroics at Wembley but this time they were left to rue a flurry of missed chances.

Adam Masina came closest for the hosts with a wonderful dipping first-time effort that could only clip the top of the crossbar and fall behind.

Andre Gray was also guilty of spurning several key chances, the worst of which saw the former Burnley man round Bernd Leno but see his goal-bound effort blocked on the line.

The result saw Arsenal climb back two places to fourth in the table, two points clear of Manchester United and ahead of Chelsea on goal difference. 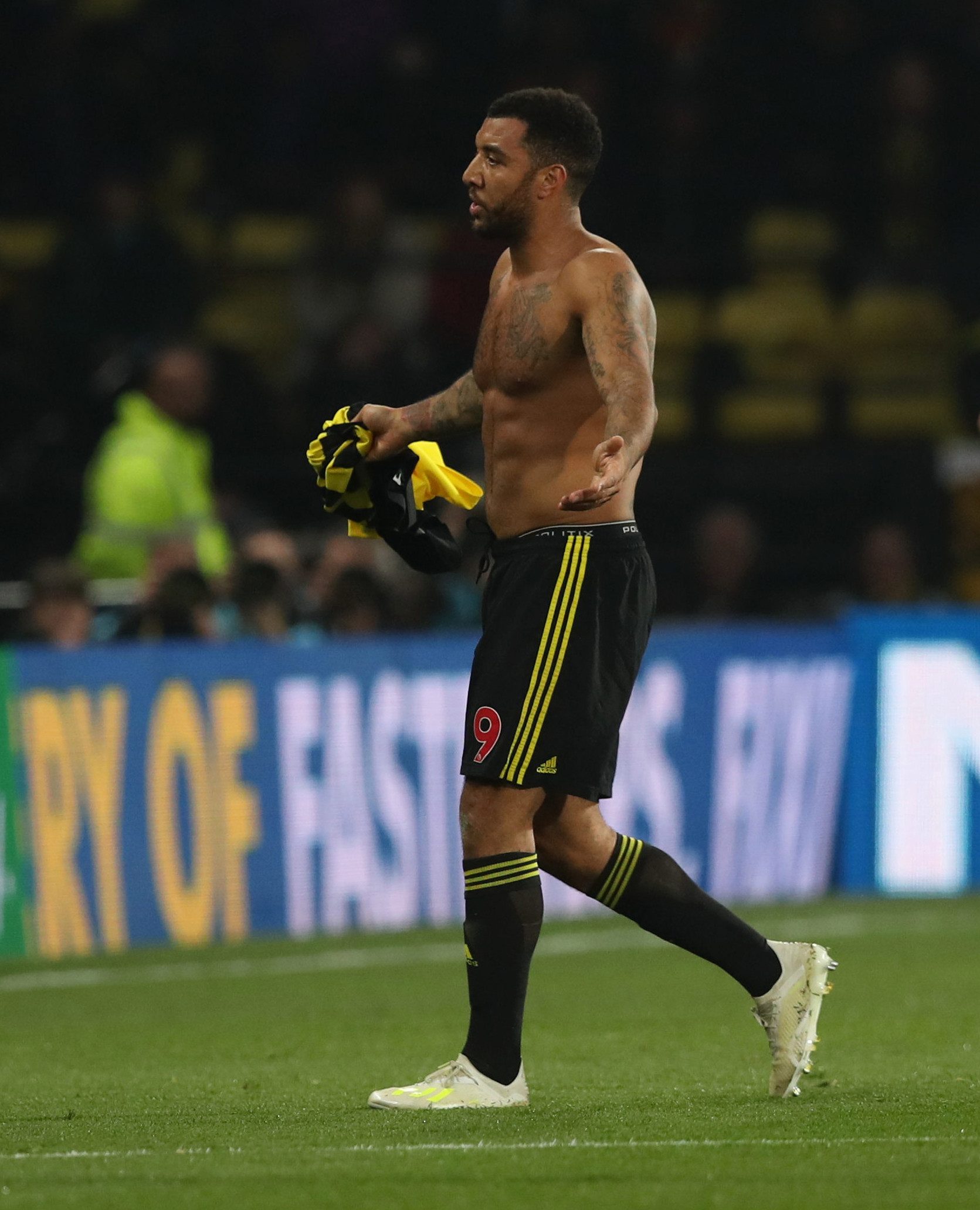 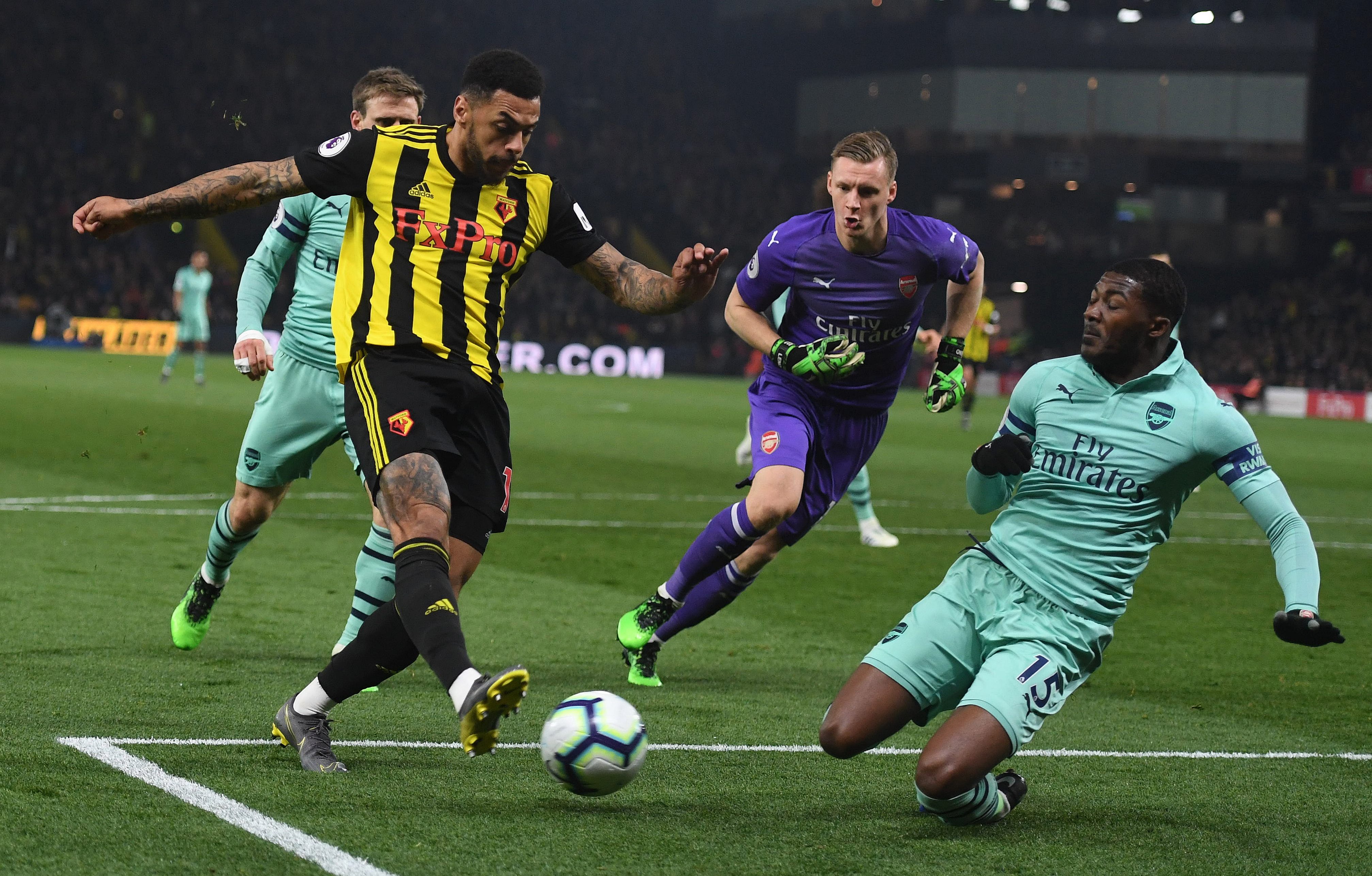 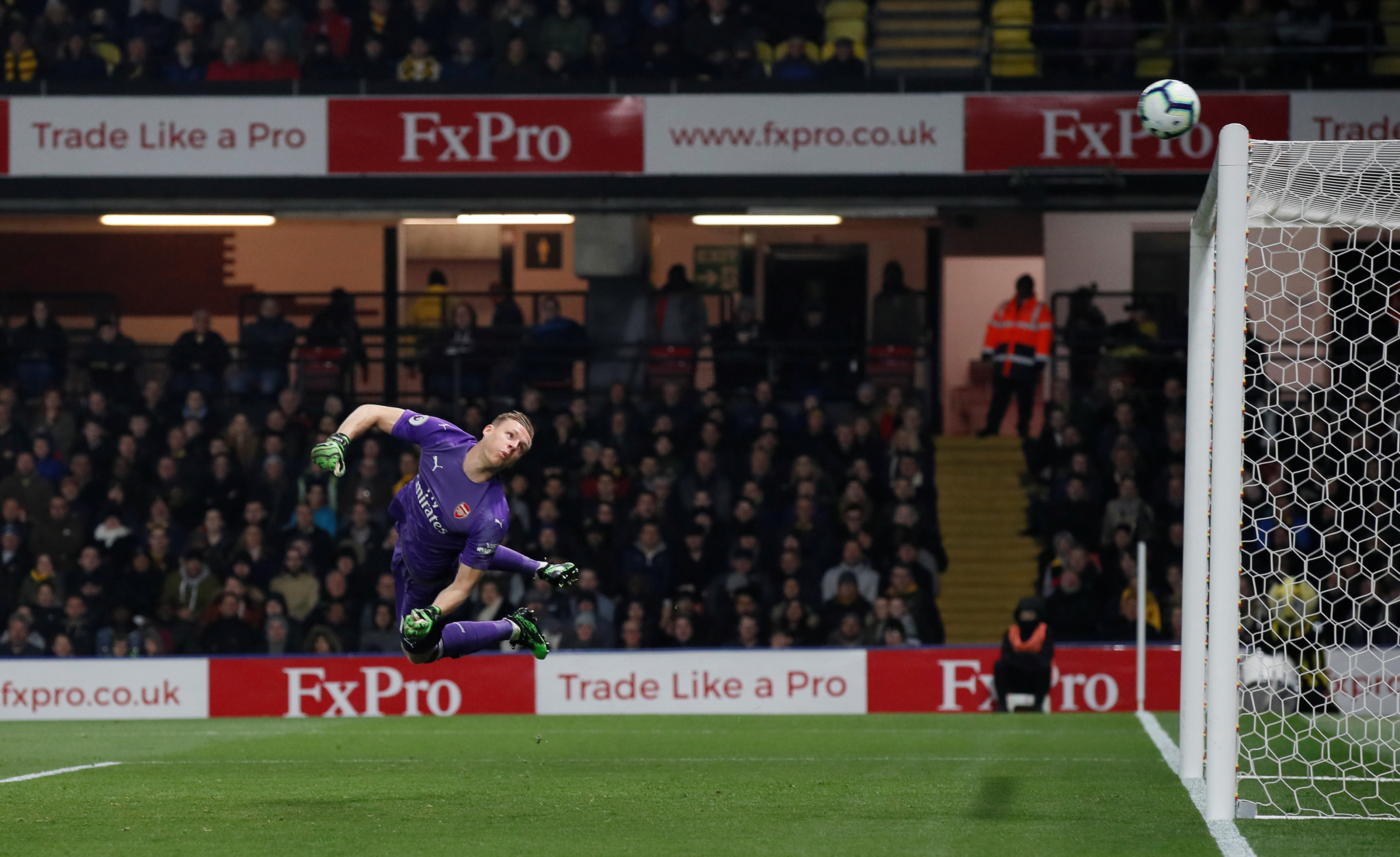