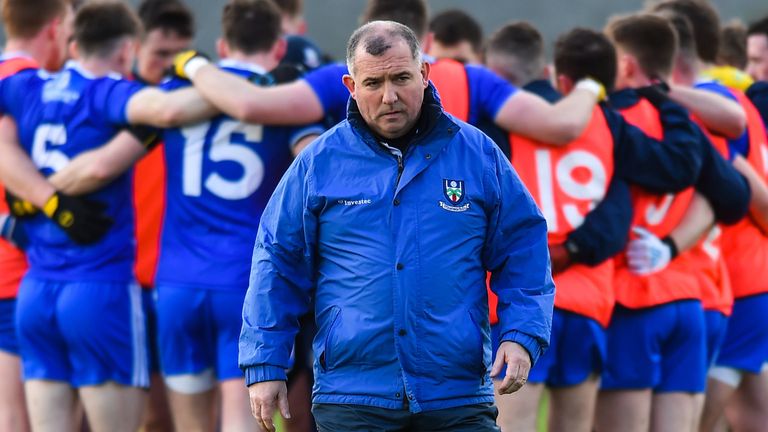 Reports on Thursday morning revealed that the Ulster side held a gathering at Corduff GAA club in March.

Intercounty squads are not permitted to train collectively until April 19, under both government and GAA guidelines.

“Monaghan GAA acknowledge that following an investigation this morning, there was a breach of the Covid-19 regulations and guidelines,” read a statement.

“Resulting from an internal investigation, our senior team manager, Seamus McEnaney, has admitted that this was a serious error of judgement and apologies unreservedly for the indiscretion.

“The County Management Committee have suspended the Monaghan GAA Senior Football manager, Seamus McEnaney for 12 weeks with immediate effect and will fully cooperate and comply with any Croke Park investigation.” This follows the precedent set by the Dublin county board last week, who suspended Dessie Farrell for the same time period.

The GAA may also look to set their own sanctions, after they handed out bans to Down manager Paddy Tally and Cork boss Ronan McCarthy following incidents in January.

The 2021 season will get underway in May, with Croke Park set to release concrete plans on Thursday afternoon.

Monaghan will feature in Division 1 of the National League, and will be hoping for improved fortunes in the championship, having suffered a shock early exit at the hands of Cavan in 2020.