If anyone was looking for a sign of just how tight this grand final-bound Monaro Colts outfit is, they found one in less than 20 seconds.

They lost prop Luke Skidmore on the opening play of the game and responded with one of their most dominant team performances to move one step closer to defending their Country Rugby League under 23 country championships title. 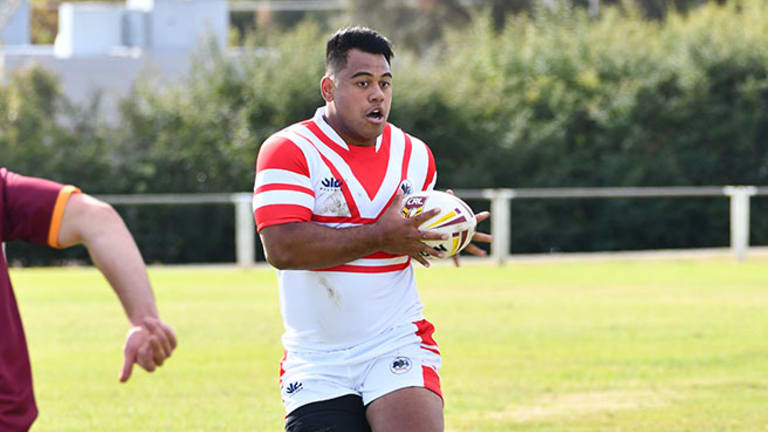 Monaro will look to defend their crown against Northern Rivers after the Colts posted a 48-18 thrashing of the Illawarra South Coast Dragons in the south pool semi-final at Goulburn Arena on Saturday.

They did it without Skidmore for almost 79 minutes of the contest after he was concussed on the opening play of the game when he was bumped off a tackle.

The Gungahlin Bulls product was helped from the field and Monaro coach Ash Barnes says the Colts "really stood up" to fill the void left by their teammate, who will be monitored throughout the week ahead of the final.

"To be honest I wouldn’t want to single any players out. We lost Luke Skidmore in the first tackle of the game to a concussion so the rest of the players really stood up," Barnes said.

"It was an excellent team performance with everyone doing their jobs really well and supporting each other, which was really pleasing to see.

"It was a really good team performance. The team came together exceptionally well, they’re all a great bunch of guys and really get on well. Hopefully we can go one step further next week."

Piling on the points against an impressive Illawarra outfit doesn't mean the final will be a walkover – Northern Rivers decimated the North Coast 64-12 in the north pool semi-final at Sawtell's Rex Hardaker Oval.

The Colts took an eight-point lead into the break but clicked into gear early in the second stanza, running in nine tries to three in a comprehensive rout.

It secured them a place in next Saturday's final against Northern Rivers. A venue will be confirmed on Monday, but it is understood the Central Coast is an option.

"The boys prepared really well, went out and executed the game plan, and it’s outstanding. They’re all really, really happy, but also looking to focus into next week where we play Northern Rivers," Barnes said.

"They’re going to be a really tough team to come up against. We’ll have a bit of a look at them this week and see where we think we can get them and what we really need to be wary of.

"The boys were outstanding, we played a really good brand of footy and we’re really pleased to come away with a really good result.

"It wasn’t easy, it was still tough. They kept coming at us throughout the game but the boys stuck to it. Credit to them, the boys came away with a really good result and scored some really exciting tries."

A host of Monaro representatives will back up for their respective club sides when the Canberra Raiders Cup resumes on Sunday.

Saturday, May 26: Monaro Colts v Northern Rivers. Venue to be confirmed on May 21.