Why money matters when it comes to Broncos' move for Bellamy

When coaches say "It's not about the money", it usually is. Storm coach Craig Bellamy has a three-year offer on the table from his club, believed to be $1.7m a year, effective from the end of this season, when his existing contract finishes.

The Broncos have made a four-year, $5.6m offer for Bellamy, supposedly effective from 2020, when the contract of their incumbent coach, Wayne Bennett, aged 68, concludes. 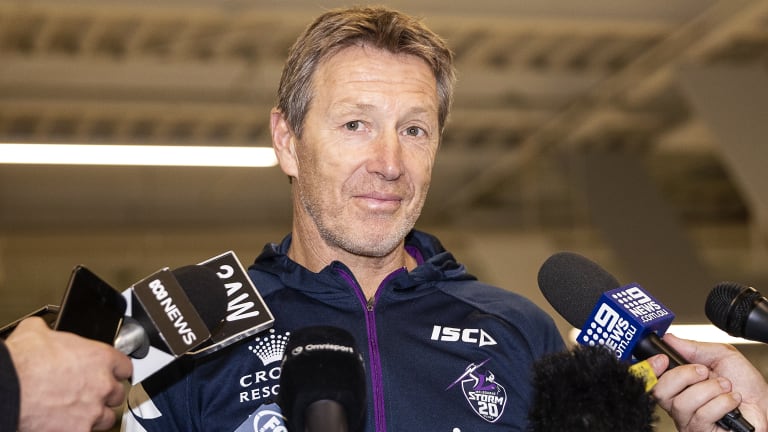 Should Bellamy, 58, decide to stay in Melbourne, he can honestly state it’s not about the money, even though the overall monetary difference is about $500,000 over four years.

The Broncos have admitted they are willing to pay Bellamy to take a year’s break in 2019, the year when Bennett would complete his contract. This may be acceptable to Bellamy who, after 14 high pressure seasons, may wish to recharge his batteries. After all, rugby league’s coach of the century, Jack Gibson, periodically took a year’s sabbatical over his quarter of a century at the top in Sydney.

Bennett insists he will see out his existing contract but money could change that. Should he take up an offer from, say Wigan, he would be paid double for 2019. The Broncos would pay him out for $1m and he would receive a lucrative deal from the English club, impressed with his work with the national team during last year’s World Cup.

A divorce and a presumably costly property settlement would eat into the assets of the “skinny coach”, who values money only marginally less than premierships. Both Bennett and his chief executive, Paul White, stressed at their respective Wednesday press conferences that the coach instigated the plan to have Bellamy eventually replace him. However, Bennett admitted he was unaware the actual meeting with Bellamy had taken place, at which White and Broncos board member and legend Darren Lockyer spoke to the Melbourne coach. 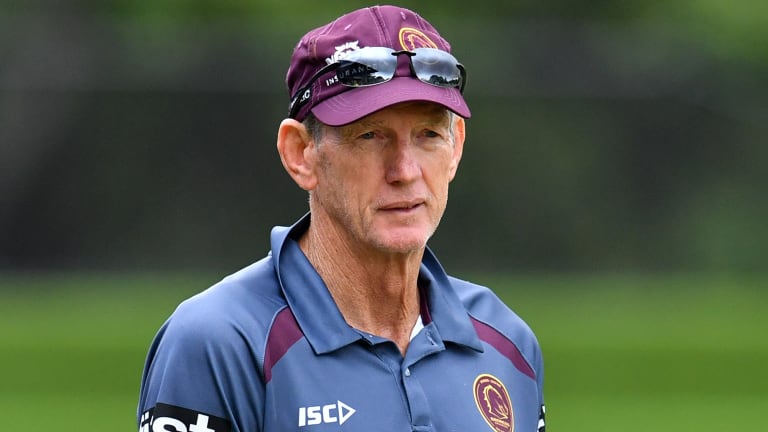 The story leaked on the eve of Wayne Bennett’s 800th game.

Some observers claim the NRL’s new cap on football department spending, which includes the salaries of coaches, would stop the Broncos reaching a settlement with Bennett.

But consider the maths: the NRL will allow a club to bring expenditure back over three years. If not, it pays a 37.5% fine. So, if the Broncos outlaid $1m for Bennett and $1.4m for Bellamy in 2019, they have another two years to bring expenditure back to the cap of $5.93m. If the Broncos end up spending $1m more over the three years, they would cop a fine of $375,000, no big deal for a club which is the only one in the NRL to regularly make a profit. Its former chairman Dennis Watt, left the club in a sound financial position, with a bank of $12m.

But payments to the head coach do have impact on the wages of his assistants.

Ironically, the Broncos have fewer football department staff than the Storm.

With the hunt for Bennett’s successor becoming public, Bellamy would now wish he had completed his negotiations at the beginning of the season, rather than risk it impacting on his players. However, a change of management companies exacerbated his vacillation. After cutting his ties with his long-term agents, the Fordham Company, he sought a manager who did not have clients who were players. Unlike almost all his NRL head coaching colleagues, he viewed this as a conflict of interest. His new management company, which has no other rugby league clients, received the Storm’s offer a month ago, which is approximately the time White and Bennett agreed the club should consider a successor to the seven-time premiership coach.

While Bellamy and wife Wendy fly to the Gold Coast to visit daughter Rachel at every opportunity, he does have son Aaron as his assistant in Melbourne. And on the wall of his Storm office, Bellamy has photos of his two Melbourne-based grandchildren.

Brisbane’s fish-bowl life, where every move of a high-profile NRL player or coach attracts media attention, would not sit comfortably with Bellamy.

He was appalled at recent stories of Bennett’s new romantic interests becoming front page news in the Queensland capital.

Life in Melbourne for a rugby league person is equivalent to being a Protestant in Rome. Just as Catholicism is the dominant Christian creed, AFL is a de facto religion in Victoria.

While an AFL identity can’t walk two steps along Collins Street without being feted by the public, a Storm player can stroll along the main street in the purple colours of the club with few noticing.

Rome offers another analogy because some see the departure of Cooper Cronk from the Storm, as well as the retirement from representative football of captain Cameron Smith and the impending end of the career of champion fullback, Billy Slater, as akin to the last days of the Roman empire. Bellamy would agonise over such a decline. He is a rugby league man and is proud of his contribution to the growth of the game in Victoria. The contract negotiations have not impacted on his professionalism. He enthusiastically contributed to a Storm recruitment meeting last Friday and the club has invested wisely in new talent.

Maybe Bellamy will consider the leadership he would work under in Brisbane. This story has leaked on the eve of Bennett’s 800th game, the Broncos playing the Eels on Thursday night.

Someone did it to advantage their position and it wasn’t Bellamy who has been stressing over his future and that of his club.

Bennett exuded an eerie, almost bizarre self confidence at Wednesday’s press conference, causing some at the Storm to believe he knows Bellamy has already committed to the club and he (Bennett) is set for a big pay day.

But that is not consistent with the Bellamy I know, a man who would not sign with a rival club without telling his own players first.