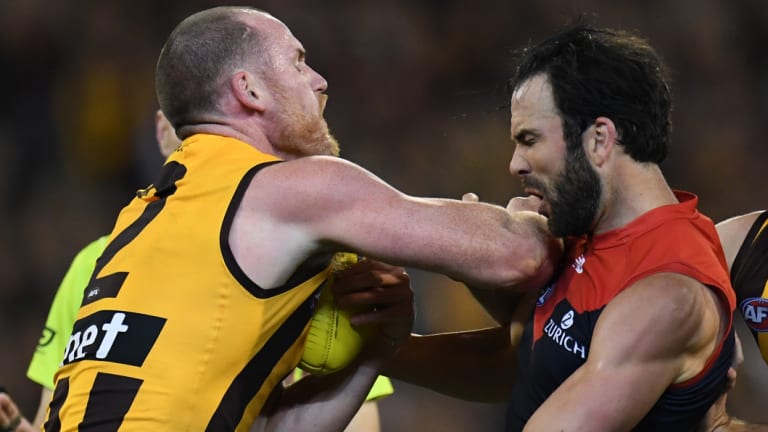 Wily Melbourne veteran Jordan Lewis has thrown a barb at the West Coast camp ahead of the preliminary final by suggesting the Eagles are “more predictable’’ with key forwards Josh Kennedy and Jack Darling in the team.

Multiple Coleman medallist Kennedy did not play when the teams met at Optus Stadium in round 22, and Darling was injured early, leading some observers to forecast a West Coast win.

But four-time premiership player Lewis offered up a different view.

“I think it also makes them – in a funny way – more predictable as well,” Lewis told ABC radio on Saturday. “I think when they bring in other players they tend to alter their ball movement a little bit, they probably don’t go as direct with those players injured.

“They’re better players but maybe they become a little bit more predictable. But it certainly becomes a little difficult. Last year when we played there they had those players in the side and we were able to get over and win. We’re certainly going over there to give it our greatest shot and we have that element of confidence as well.”

The Demons, who will play in their first preliminary final since 2000, have won the past two encounters with West Coast in Perth, but analyst David King said on Saturday they would “lose by 12 goals” if they played like they did against Hawthorn on Friday night.

It was the most recent win at the Optus Stadium a month ago that various Melbourne players have said ignited the Demons’ season, coming on the road in a hostile environment and against a team that was higher on the ladder. Previously, Melbourne had been criticised for their performance against the top teams. 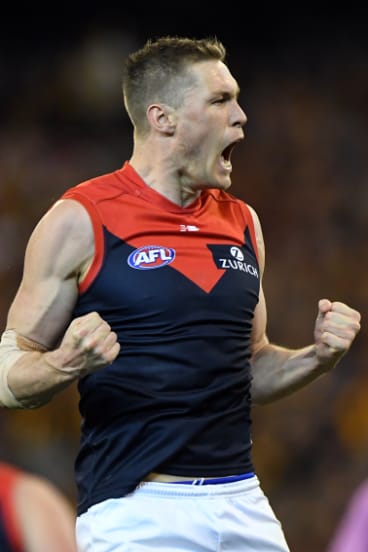 “It's probably just a confidence thing, breaking through that mental barrier and beating a good side,” said key forward Tom McDonald on Saturday.

“We had beaten good sides, we beat sides like Adelaide, who were top four when we played them and beat them, so we knew we could. It wasn't like we were that worried about it, it just wasn't quite working. We had wanted it to happen so badly it didn't.

“Once we broke through against West Coast, the mentality of the group was, 'We can win in the hardest stadium in the country to play in, and beat one of the best sides, then why can't we do it against anyone else?' I think it was a mental breakthrough for a few guys.”

Lewis suggested Melbourne’s failings on bigger stages early this year had been part of “a learning experience” that came to the fore when Hawthorn challenged the Demons in the first semi-final.

“Last night we were challenged again, and we put those learning in place. That’s what you do. You’ve got 22 weeks to get yourself into position to play finals.

“Hopefully you learn enough along the way to either stop momentum or work out how you can put scoreboard pressure on. That’s what the season was about for us.”

McDonald acknowledged the tension on the MCG when Hawthorn kicked the first three goals of the last quarter. “I was getting a bit nervous. A few of the Hawthorn players were telling us, 'Don't choke now', but luckily we kicked the next couple to shut them up pretty quick.”