RAHEEM STERLING has been slapped with a new £135million price tag – making him the third most expensive player on the planet.

The 25-year-old has seen his valuation rocket through the roof after scoring 15 goals and making four assists for Manchester City already this season. 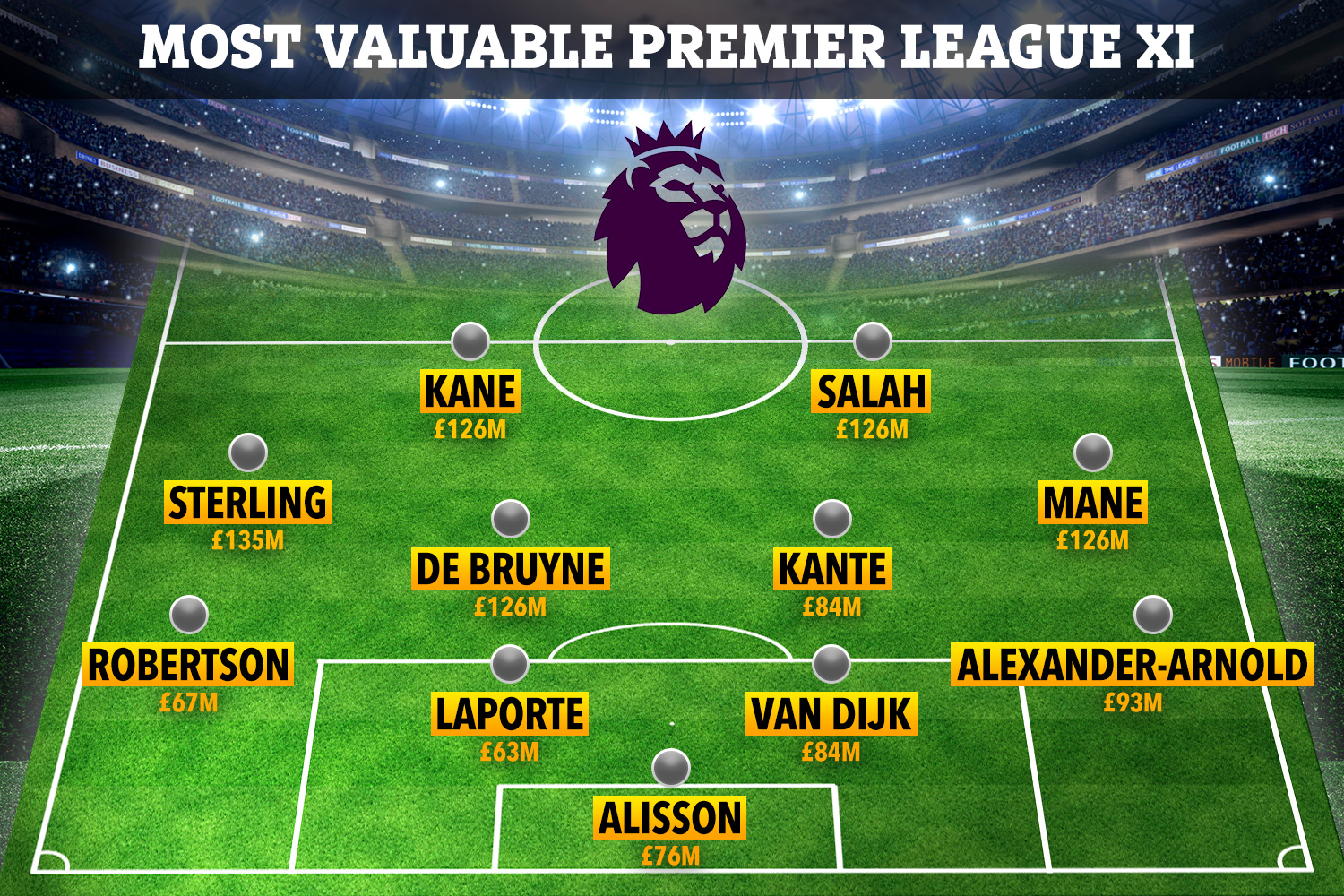 Transfermarkt have updated the values of 504 players in the English top-flight judging by their current form.

According to their latest figures, Sterling is the most valuable star in Premier League history following an increase of £17m.

The England ace will also become City's highest-paid player with a new £450,000-a-week contract if he signs a new deal.