TAMPA, Fla. — The Women’s Final Four on Friday will feature three teams that have at least one national title and one team, Oregon, seeking its first. If the Ducks become the champions, they will be the first team from the West Coast to claim the women’s crown since Stanford in 1992.

Baylor, a No. 1 seed, returns to the Final Four for the first time since winning the national title in 2012, and it has been a breeze to get here. The Lady Bears rolled over their tournament opponents by an average margin of 38.2 points behind the nation’s best defense and the powerhouse duo of 6-foot-7 Kalani Brown and 6-4 Lauren Cox. This is the first trip to the Final Four for Oregon, a second seed, and it has been a fun one given the Ducks’ spread-the-floor, pick-and-roll style of play. The Ducks have been called the Golden State Warriors of women’s college basketball with their pick and triple-double machine, Sabrina Ionescu, (19.9 points, 8.2 assists and 7.5 rebounds a game) playing the role of Stephen Curry.

“She’s an unbelievable talent, and her team is blazing a new trail for her program,” Curry said after the Warriors’ game on Wednesday.

The Ducks have the best 3-point shooting in the nation, 41.7 percent. To knock off the Lady Bears, they will need to connect at a similar rate. 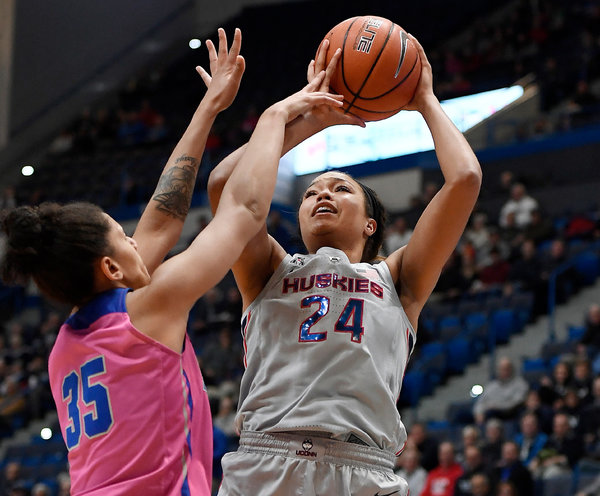 The best rivalry in the women’s game will play out for the 50th time over all and for the eighth time in the Final Four. UConn, a second seed, leads the series, 37-12, but top-seeded Notre Dame has the edge at the Final Four, 4-3. The Huskies are competing in a record 12th consecutive Final Four and shooting for their 12th national championship.

Notre Dame, the defending national champ, is even more talented, and healthier, than last year. Last year, Notre Dame knocked off UConn in overtime in the national semifinals, but the Huskies won a regular-season matchup, 89-71, in December.

“Sports needs that kind of rivalry,” UConn Coach Geno Auriemma said. “We used to have that with Tennessee. Now we have it with Notre Dame. I think it’s cool. I think they’re the best team in the country. I don’t think anybody else is even close. Baylor. But I don’t think anybody else, I think, can match Notre Dame when they’re playing their A game. They just overwhelm you, man, at every position.”

Notre Dame features the talented backcourt pair of Arike Ogunbowale (21.5 points a game) and Jackie Young (15.1). The UConn seniors Napheesa Collier and Katie Lou Samuelson were freshmen the last time the Huskies won the national title, in 2016, and they are focused on ending their careers with another crown. 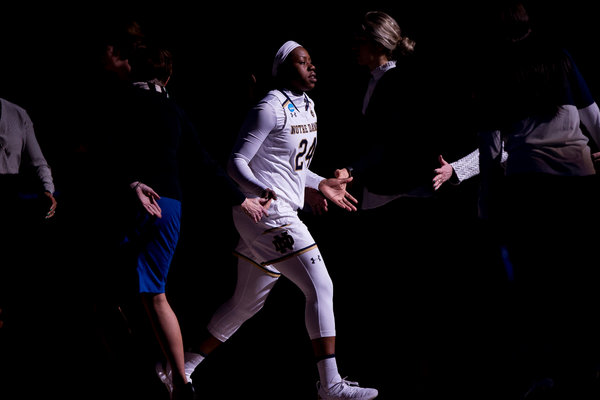