Nathan Lyon has thrown his weight behind calls for Australian cricket's banned triumvirate to return to the Sheffield Shield as the governing body considers a softened sentence.

It comes after Lyon and the man he dubs the "best in the world" in Josh Hazlewood combined for nine wickets to gift NSW a 163-run win over Queensland inside four days at Manuka Oval on Monday. 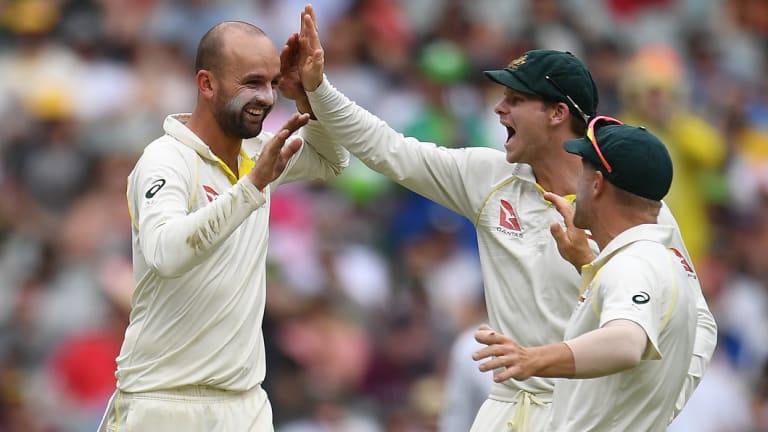 Cricket Australia is deliberating on reducing the suspensions handed to Steve Smith, David Warner and Cam Bancroft over their involvement in the ball-tampering scandal this week.

Fairfax Media has revealed the CA board will convene via a phone hook-up to debate whether the bans handed down in the wake of the ball tampering saga should be lightened as calls for the trio to return to play Sheffield Shield cricket grow louder.

There is talk the harsh stance on the banned trio has been scaled back at CA's offices following the departure of chairman David Peever after the Australian Cricketers' Association lodged a submission to have the suspensions re-examined following the Longstaff review.

The ACA says the report provided compelling evidence the governing body contributed to a toxic culture which prompted the events of the infamous Cape Town Test in March.

"It’s up to the powers that be to make that decision, and no matter what decision they make, we’ll respect that.

"I actually think the way Steve and Davey are going about it, they’ve been absolutely incredible and what they’re doing for grade cricket in Sydney has been exceptional. I actually take my hat off to them."

It is understood that anyone hoping to overturn the bans won't be set for smooth sailing, with some officials believing CA must stick to their guns having already come this far. 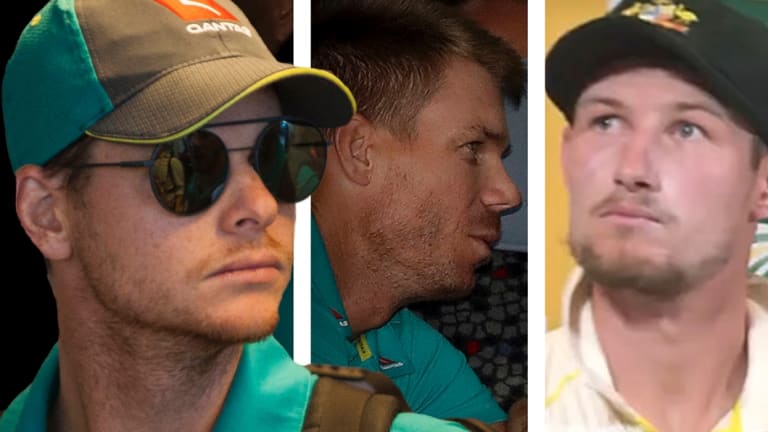 Bancroft's ban will come to an end on December 29, which could inject him straight into Test calculations for the final match against India and the ensuing series against Sri Lanka.

NSW captain Peter Nevill says Warner and Smith's presence at Blues training has been crucial for the development of the state's younger players, but it was the older heads standing up in Canberra.

The all-star bowling attack decimated Queensland's top order in both digs while Nick Larkin (175 not out), Moises Henriques (152) and Daniel Hughes (116) stood tall with the bat.

Nathan Lyon's maiden five-wicket haul for the Blues in first class cricket spearheaded NSW to a dominant win over the Bulls to mark the state's first Shield triumph of the season.

Lyon (5-94) beat Josh Hazlewood (4-30) in the race to five scalps, and Mitchell Starc bagged 1-27 while Pat Cummins went wicketless in the second innings.

The off-spinner claimed nine for the match, Hazlewood six, Cummins three and Starc two to suggest the all-star attack is ready for a six-Test summer.

"It’s always nice to get five wickets, but when you’ve got the likes of the quicks I’m lucky enough to play with, sometimes you don’t get to bowl to the tail as much. It was good to get a long spell," Lyon said.

"All three quicks were very, very impressive. I actually thought the way Josh showed his class is good signs for him. Pat and Mitch were exceptional as well, Pat in the first innings was up there with the best I’ve seen him bowl. It’s very pleasing to see.

"It just showed the class of Josh Hazlewood, when you get an old ball like that on a wicket that didn’t have that zip and bounce in it.

"He’s able to go through the gears and use a reverse ball into something special, it just shows the class of Josh Hazlewood. Best in the world if you ask me."