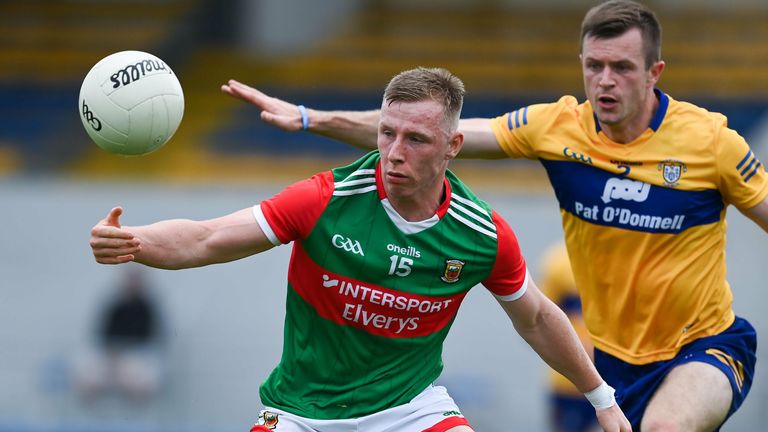 Mayo survived a scare in Ennis to confirm their return to Division 1 next year, while Monaghan overcame Galway in a dramatic relegation play-off.

Mayo are back in the top tier of the National Football League, but they didn’t have it all their own way against a spirited Clare side at Cusack Park, Ennis.

It was a game of two halves, as Clare recovered from an 11-point half-time deficit to trail by just three points entering injury-time, but Mayo used all their experience to see out the result.

However, there are worries for James Horan, with both Diarmuid and Cillian O’Connor coming off injured.

The Banner took the fight to their visitors in the early stages, with Gavin Cooney and Eoin Cleary helping them into a 0-5 to 0-3 lead.

But the hosts struggled with the Mayo forward play and running game. The Connacht champions moved up a gear, one with which Clare could not live. The Westerners scored 1-7 without reply, as Cillian O’Connor converted from the penalty spot.

The second goal came in the 31st minute, as Oisin Mullin was on hand to finish off a well-worked team move. The match appeared to be over by half-time, with Mayo leading 2-13 to 0-8. 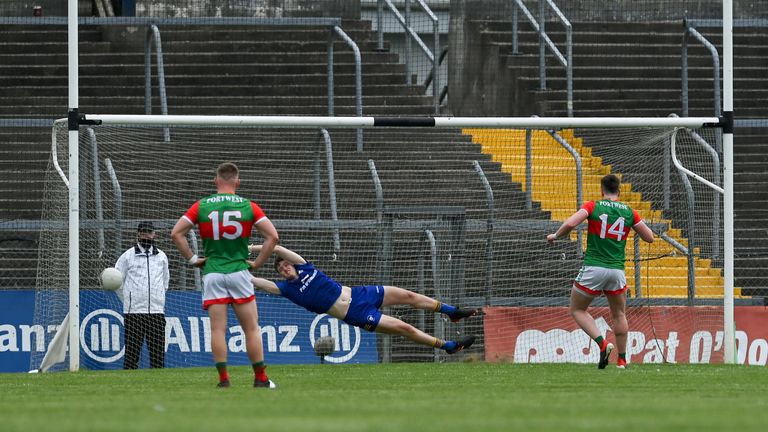 However, Colm Collins pushed Darren O’Neill into the full-forward line after the break, and it worked a treat. He scored a goal when a David Tubridy free dropped short, and then turned provider as he fed Gavin Cooney after fielding a high ball.

The Banner trailed 2-21 to 2-18 in injury-time, but were unable to close the gap, as Mayo held out for a narrow victory. 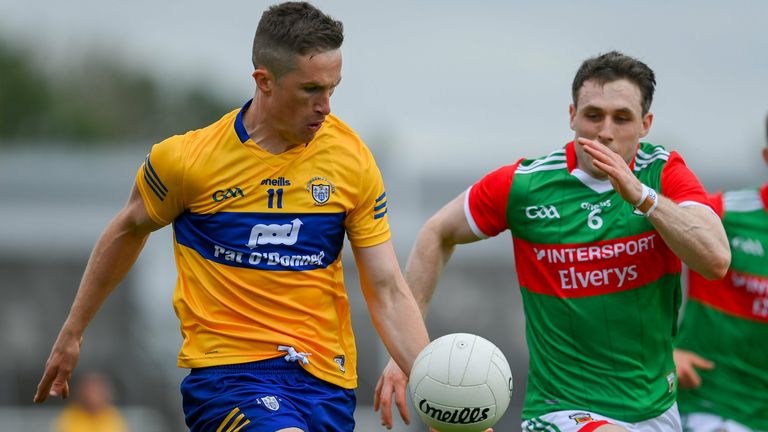 Monaghan’s stay in Division 1 will continue, thanks to a dramatic extra-time winner from Jack McCarron. The Farney County trailed for long periods, but recovered from a five-point deficit to force extra-time, and outlasted their visitors to relegate Galway.

Shane Walsh put the Tribesmen ahead within 10 seconds of throw-in, but the men in maroon then struggled to gain a foothold in the contest. They had to wait until the 16th minute until their second score, but then registered 1-2 without reply as Paul Kelly found the net.

But Galway led by three at the break. Kieran Molloy picked out Robert Finnerty with a delightful through-ball, and he blasted it by Rory Beggan to help the Tribesmen into a 2-6 to 0-9 lead at the break. 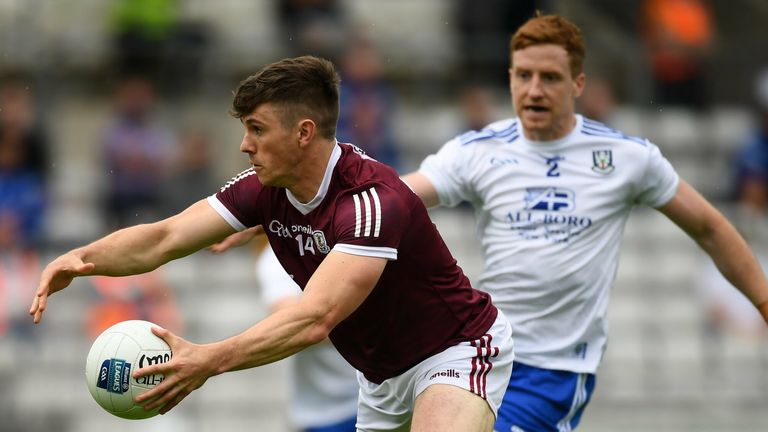 Monaghan spent 20 minutes in the second half playing with 14 men, as Darren Hughes and Dessie Ward were both shown black cards.

With their numerical advantage, Galway looked in control, as they eased into a late 2-12 to 0-13 lead.

However, Monaghan dug deep and levelled it with a Hughes goal in injury time. A Matthew Tierney free nudged Galway back ahead, but Conor McManus popped up late on to force extra time.

Upon the restart, the sides traded points but the pace clearly reduced due to fatigue. It looked destined to be heading for penalties, but there was to be a late twist as McCarron found a winner in the 23rd minute of extra-time.

Roscommon made a storming start at the Athletic Grounds, bursting into a 0-5 to 0-1 lead.

However, Armagh then found their feet, and an Oisin O’Neill goal helped them into a 1-7 to 0-7 lead.

The Orchard County dominated the second half, as they stretched clear to win by nine points, condemning Roscommon to another relegation from Division 1. 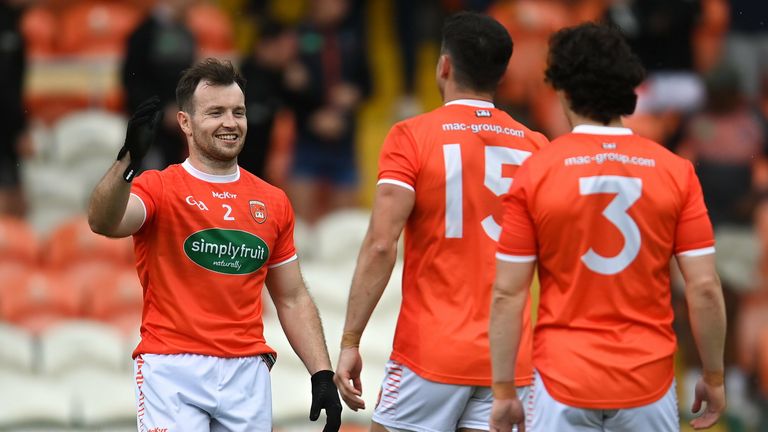 Jack O’Connor’s Kildare side will compete in the top-tier next year, after a 1-14 to 0-14 win over Meath in Newbridge.

The Lilywhites led for the entire contest, with an early Jimmy Hyland goal setting them on their way. Brian McLoughlin kicked five points for the home side, as they moved into a 1-14 to 0-8 lead.

The Royals came roaring back, scoring six points without reply at the end, but they ultimately ran out of time as Kildare held out for the victory. Antrim will compete in Division 3 next year, after a 1-15 to 0-11 win over at Fraher Field. The Saffrons will swap places with Tipperary, who fell to Longford in a relegation play-off, 1-13 to 0-9.

Meanwhile, Wexford overcame Sligo in the Division 4 Shield final, 2-15 to 0-9.