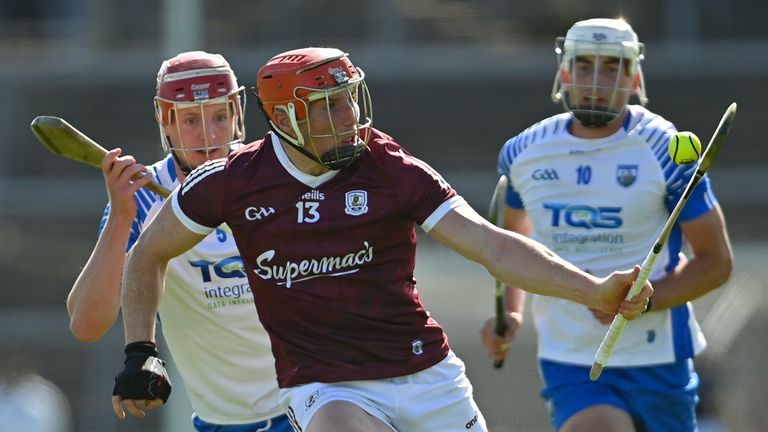 Galway overcame an early deficit to lay down a marker ahead of the championship with an impressive eight-point win over 2020 All-Ireland finalists Waterford at Pearse Stadium.

Galway trailed by seven points in the first-half, but significant contributions from Joe Canning, Conor Whelan and Brian Concannon saw them take control and prevail in a high-scoring contest.

Waterford enjoyed a lightning-fast start. Jack Prendergast stormed in for a goal, after Shane Bennett fielded a long puck-out to feed him. Stephen Bennett, Dessie Hutchinson and Calum Lyons all pointed, as the Déise built a 1-9 to 0-5 lead.

However, the home side then found their feet. Adrian Tuohey rattled the net, after Brian Concannon hit the post, as the Tribesmen posted 1-2 to storm back into the contest.

A Shane Bennett drop-shot into the goal kept Waterford moving, but Canning’s switch to a more advanced role inspired a Galway fight-back.

The Portumna star found the net in the 33rd minute, before turning creator in the lead-up to Brian Concannon’s goal moments later. The Westerners scored 2-4 without reply at the end of the half to lead 3-13 to 2-12. 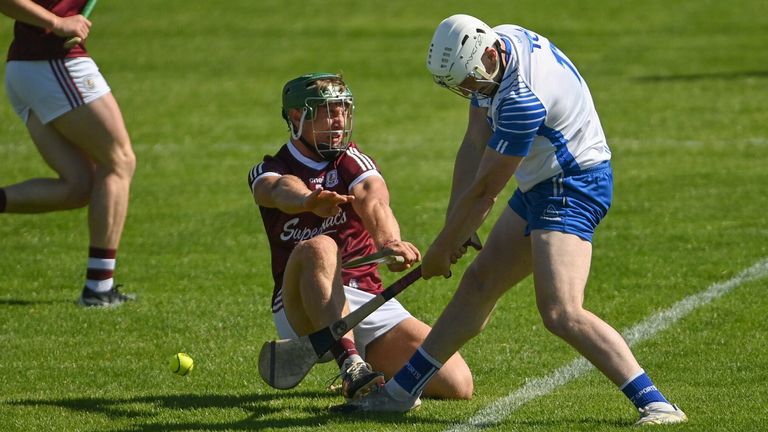 A stunning Dessie Hutchinson goal brought it back to two points shortly after the restart, but from there Galway found another gear.

Canning scored a string of points, including one from a side-line, before playing Concannon in on goal. The corner-forward made no mistake.

The hosts ultimately had too much, with Evan Niland scoring four from play off the bench. 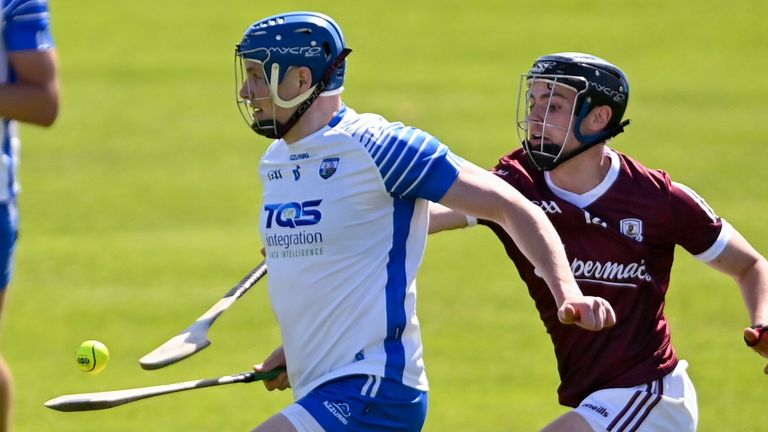 A 10-point victory for Kilkenny means they will finish top of Division 1B, while Laois face a relegation play-off. Brian Cody’s charges will be declared joint-champions for 2021, unless they meet the Division 1A winners in the championship.

The early stages of the match suggested a hammering could ensue, as Kilkenny burst into a 0-9 to 0-1 lead.

Laois spurned a number of early chances, and the Cats’ efficiency gave them a comfortable advantage in the early stages. Eoin Cody impressively deputised for the absent TJ Reid from placed balls, helping the Nore-siders into an eight-point cushion.

The visitors eventually settled after the water-break, with PJ Scully and Paddy Purcell helping to get the scoreboard going. However, a Liam Blanchfield goal established a 1-15 to 0-9 lead at the break.

Kilkenny opened the gap to 11 after the restart, but Laois dug their heels in. Scully and Ross King led the charge as they brought it back to six on two occasions. However, the reigning Leinster champions were able to extinguish the Laois fightback.

The crucial moment came when Eoin Murphy pulled off a remarkable save to deny Scully as Kilkenny led 1-26 to 0-22 in the 67th minute. From there, the Cats had enough to see out the result. 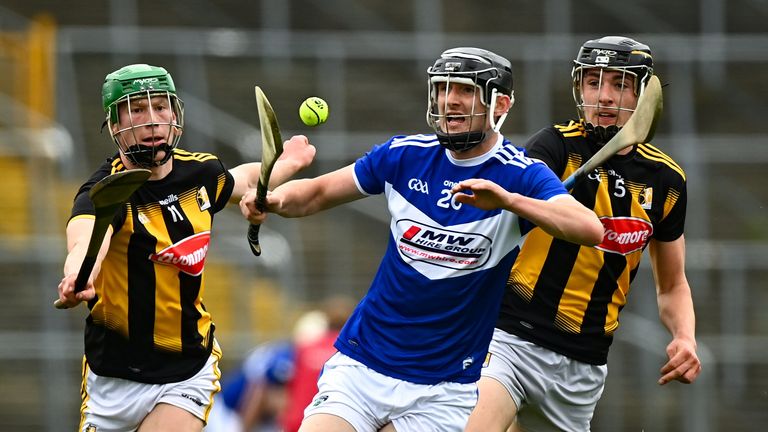 Two goals from Jason Forde and one from both John McGrath and Mark Kehoe helped the Premier to a comfortable victory against Westmeath in Mullingar.

Liam Sheedy’s charges eased to the victory, with the Loughmore star’s three-pointer helping to build a 1-15 to 0-7 advantage at the break. Forde then found the net twice, once from a penalty, and Kehoe struck late on as they picked up a valuable two points which keeps them in the hunt in Division 1A.

A win over Waterford next week would see Tipperary top the table.

The defeat condemns the Lake County to the relegation play-off.

Offaly are back in the top tier, after a dominant 5-25 to 1-19 victory over Down sealed top spot in Division 2A. With Division 1 status set in stone for 2022, Michael Fennelly’s charges can now concentrate on their upcoming Christy Ring Cup campaign.

Elsewhere, Carlow were too strong for Meath at Páirc Tailteann, winning 5-28 to 0-17.

Divisions 2B and 3B

In Division 3B, Louth and Cavan overcame Fermanagh and Leitrim respectively.