San Antonio shipped Kawhi Leonard and Danny Green to the Toronto Raptors for DeMar DeRozan, Jakob Poeltl and a protected 2019 first-round pick, ending a standoff of nearly seven months of off-court drama for the Spurs.

Leonard requested a trade after a meeting with Spurs coach Gregg Popovich. His absence from the team became a point of consternation for Popovich and the Spurs, who didn't have the All-Star forward on the floor for the final five months of the season because of a quadriceps injury. 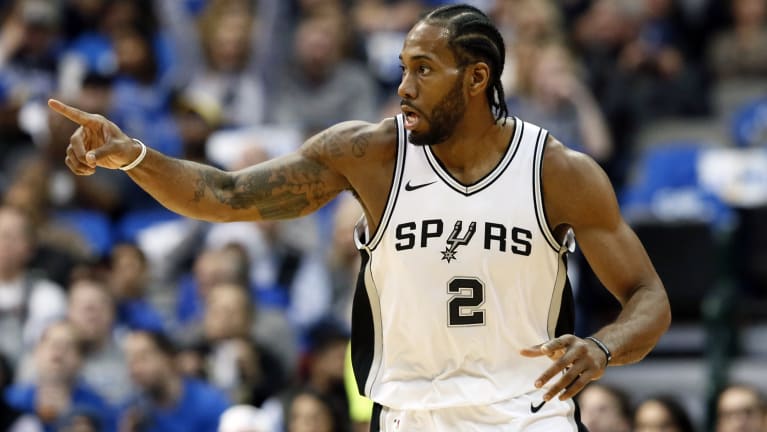 "We hope that this will be a good situation for everybody involved," Popovich said during a brief press conference in San Antonio on Wednesday. "Kawhi obviously worked very hard to become the player he is. Our staff worked very hard to help him get there. We wish him all the best as he moves on to Toronto. I think he's going to be great.

"… With DeMar coming to San Antonio, I couldn't be happier. This trade is going to be good for both teams. DeMar is obviously a four-time All-Star, All-NBA player, he's been great in the community there, team player. Someone I've respected and watched play for awhile now. We're thrilled to have him here."

The Los Angeles Lakers, Boston Celtics, Cleveland Cavaliers, Philadelphia 76ers and others checked on Leonard's availability before Wednesday's trade, in which the Spurs were able to acquire another All-Star in DeRozan.

ESPN and The Sporting News reported Wednesday morning that Leonard has "no desire" to play in Toronto and could sit out, hoping to force another trade. 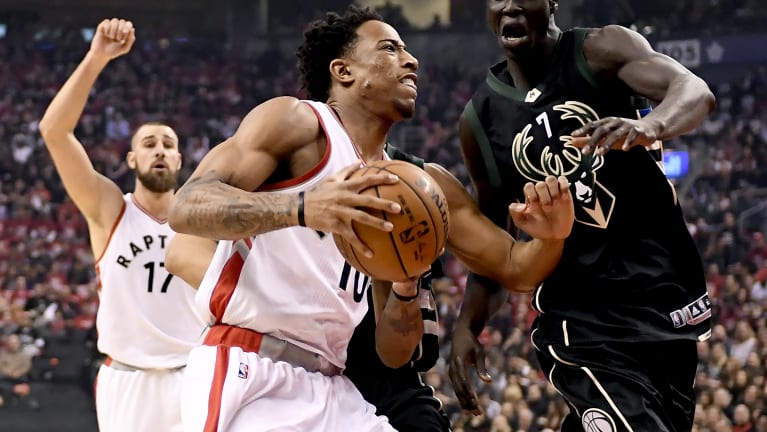 Even if he would relent and take the court in Toronto, the Raptors are rolling the dice Leonard is healthy and willing to re-sign to stay in Toronto beyond this season. Leonard is scheduled to be an unrestricted free agent in July 2019. With Leonard playing this season with Toronto, the Raptors would have the advantage of being able to pay $49 million ($66.2 million AUD) more in a max deal than other suitors, such as the Lakers.

DeRozan's immediate reaction — after reportedly being informed during a meeting with team brass at Vegas Summer League he would not be traded — was not positive.

On his Instagram page Wednesday morning, DeRozan wrote, "Be told one thing & the outcome another. Can't trust em. Ain't no loyalty in this game. Sell you out quick for a little bit of nothing… Soon you'll understand… Don't disturb…"

According to multiple reports, the first-rounder is protected if the Raptors pick anywhere from first to 20th next year. In 2020, the pick would become two second-round picks instead of a first-rounder.

Leonard spent his first seven seasons in the NBA with the Spurs, appearing in a total of 407 games and averaging 16.3 points, 6.2 rebounds and 2.3 assists.