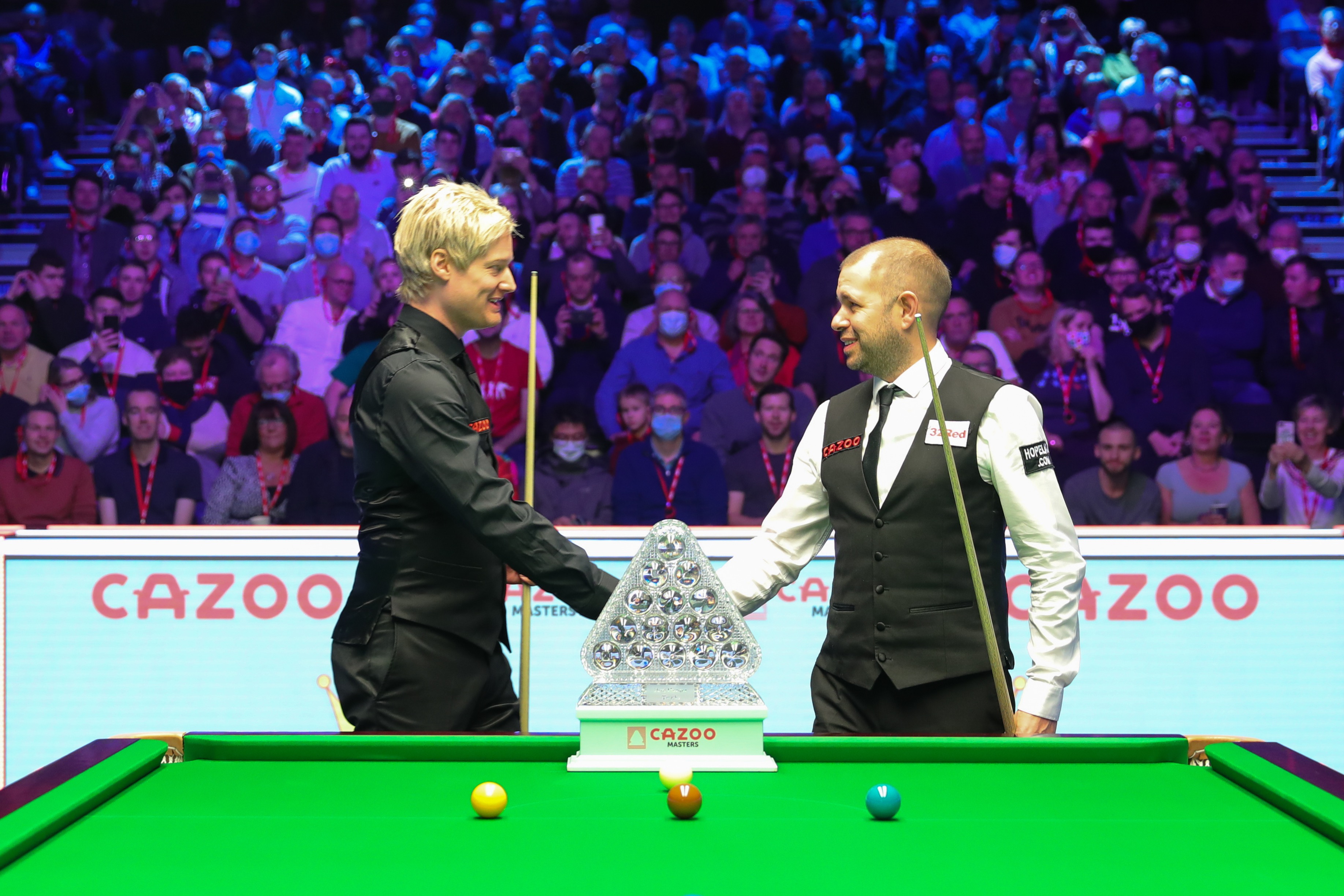 Neil Robertson will take a 5-3 lead over Barry Hawkins into the evening session of the Masters final on Sunday after getting the better of a tight and edgy afternoon.

There were flashes of brilliance from both, but neither man really hit top form over the opening eight frames, which is understandable with £250,000 and the Paul Hunter Trophy on offer to the winner.

The Hawk took the first frame before Robertson settled some nerves with breaks of 50 and 105 to go ahead, although Hawkins levelled up again to go into the interval at 2-2.

The Englishman looked to be moving into the lead again in the fifth, with Robertson needing a snooker, but then things went horribly wrong.

Hawkins missed a tough shot on the final red, which wouldn’t have been disastrous, but touching the green ball with his sleeve certainly was a disaster. Giving away four points and leaving a free ball which Robertson took advantage of and cleared up to pinch the frame.

The underdog could have crumbled a bit here, after a demoralising spell, but he held himself together and eventually got over the line in the seventh, albeit via a hefty fluke on the final brown.

That was as good as it got in the afternoon for the Hawk, though, with Robertson making 73 to take a 5-3 lead.

Steve Davis said on the BBC: ‘Impressive the way Neil Robertson finished off the match there in that session and he’s given himself an all important advantage going into this evening.’

‘If Barry can nick some of them frames, he’s still well in this match. He’ll be happy with 5-3, though.’

The pair return at 7pm in a race to 10 for the Masters title.