Netball World Cup 2019: What happened on day one in Liverpool? 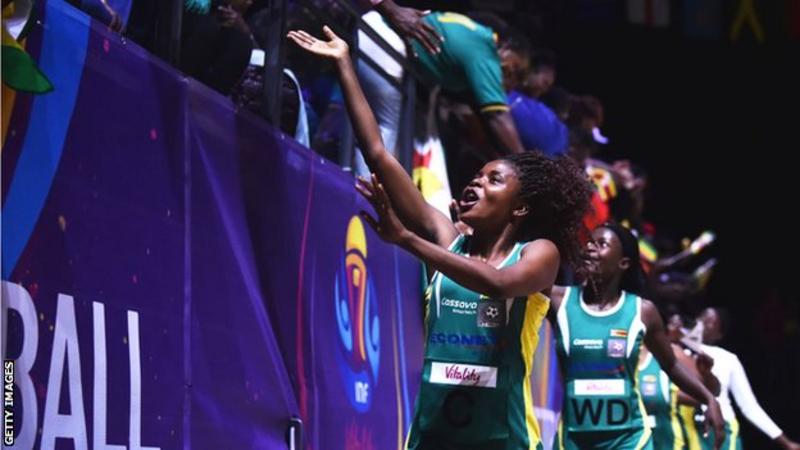 Zimbabwe made history on day one of the Netball World Cup after winning on their tournament debut.

The Gems, ranked 14th in the world, beat Sri Lanka 79-49 on Friday in front of a big contingent of fans, who went on to celebrate with music and dancing outside the Liverpool Arena.

There were mixed results for the home nations in their opening group matches.

Tracey Neville’s England side, ranked third in the world, won bronze in 2015 and come in to this tournament on home soil as one of the favourites following their gold medal at the Commonwealth Games.

Australia are the most successful team in the event’s history, having won 11 titles.

Their long-time rivals New Zealand, who have lifted the trophy on four occasions but have slipped to fourth in the rankings, started with a 64-45 victory over Malawi while Barbados beat Singapore 69-34 in the first session of the day.

Zimbabwe face a much tougher test in their second World Cup match when they play Australia in Saturday’s opening tie (09:00 BST).

There is an eye-catching clash between England and Scotland (15:00 BST), while Northern Ireland are looking to bounce back when they take on Sri Lanka (09:25 BST).