MATCHROOM promoter Eddie Hearn has revealed he has asked Sky to show the heated "Gloves Are Off" episode between Anthony Joshua and Jarrell Miller.

The duo filmed the show last year ahead of their schedule June 1 bout at Madison Square Garden, only for the American to fail multiple drugs tests. 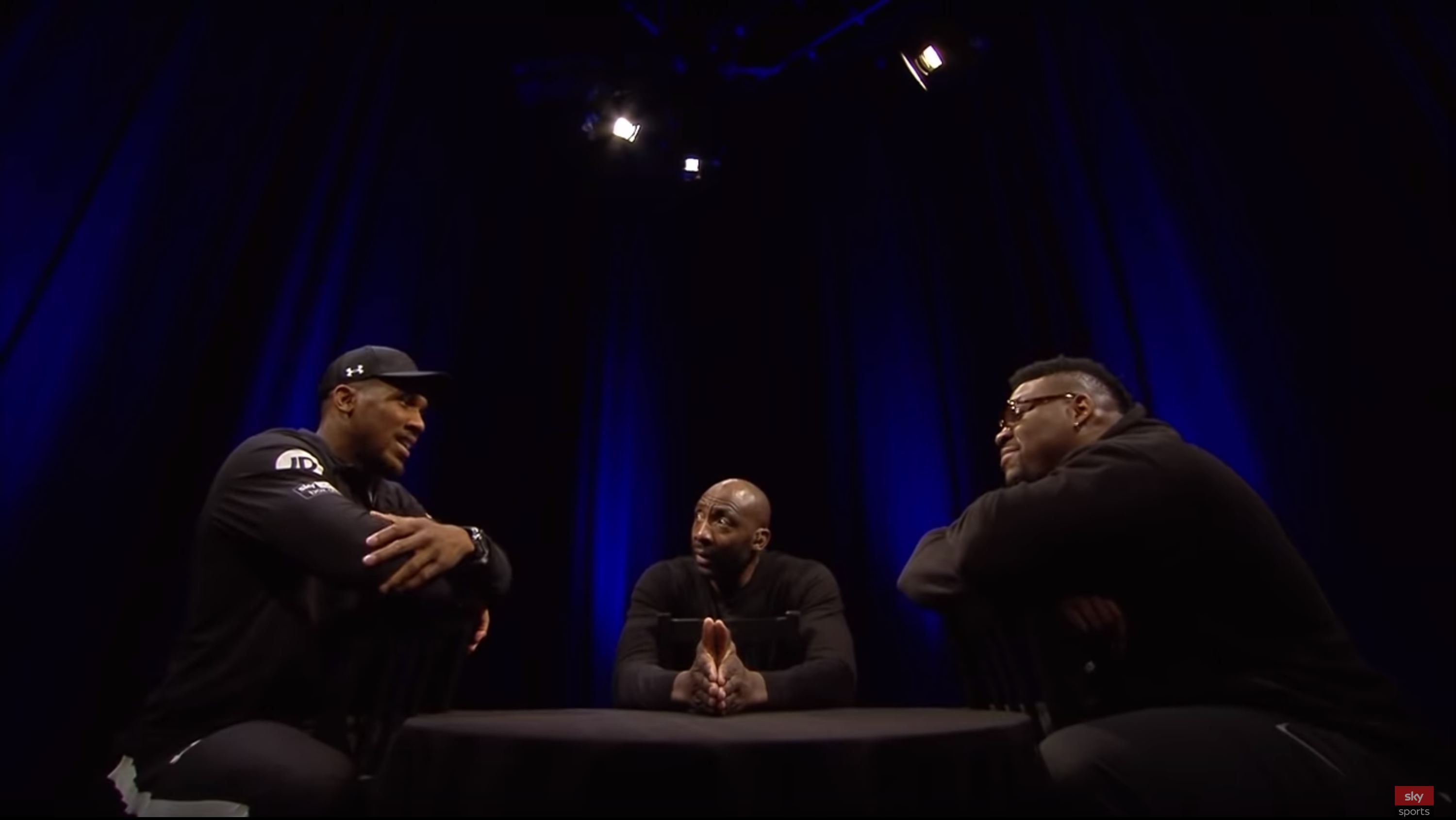 Joshua eventually faced Andy Ruiz Jr in his US debut, only to suffer his first professional defeat as he was sensationally stopped in the seventh round.

However the 2012 Olympic gold medallist won back his WBF, WBA and WBO heavyweight titles after outpointing the Destroyer in Saudi Arabia last last year.

And with Joshua's bout against Kubrat Pulev now postponed due to coronavirus, Hearn has now claimed that fans could be treated to the never-before-seen promotional episode.

Speaking to iFL TV's Kugan Cassius in an Instagram Live stream, Hearn said: “I spoke to Sky and I’ve told them, ‘Please can you air the Joshua-Miller Gloves Are Off.’

“Because I think it would do massive numbers. There was a load of beef at the time.

“I don’t think they’ve completely finished cutting it all because literally it was gonna be shown on fight week.

“But I think that can be done and I think that’s something that they’re looking at at the moment to be honest.

“So don’t be shocked to see Joshua-Miller ‘Gloves Are Off’ on your screens soon.”

Miller recently declared he is still the best heavyweight on the planet, and has accused Hearn of making him a "scapegoat".