Essendon's big off-season signing Dylan Shiel will wear No.9 in 2019 as he attempts to help the Bombers win a final for the first time since 2004.

The 25-year-old was handed the jumper worn for the past six seasons by Brendon Goddard at the Bombers' family day at the Showgrounds on Saturday, with former Docker Zac Clarke, who joined the club during the pre-season supplemental period, handed No.20. 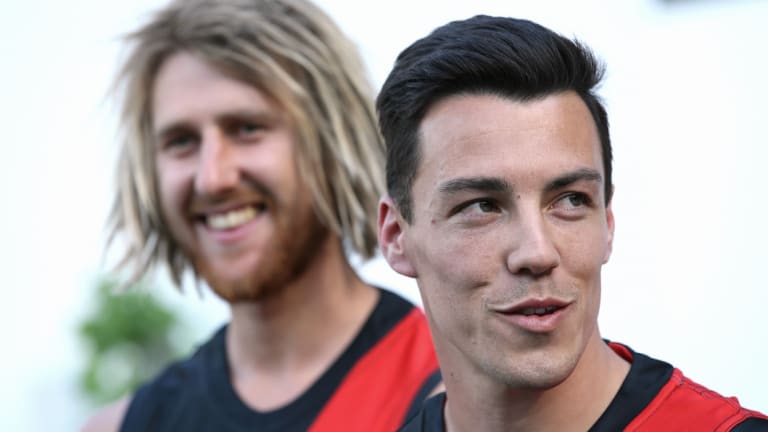 Livewire forward Irving Mosquito was given No.22 with his former Gippsland Power teammate Noah Gown handed the famous No.32, while Geelong Falcons draftee Brayden Ham grabbed No.33 and rookie Tom Jok No.46.

Midfielder Jayden Laverde has changed his number, shifting from 33 to No.15.

The confident Bombers remain the hype team of the summer after Shiel decided they would be his new home when he left Greater Western Sydney after 135 games in seven seasons.

His decision was based on his assessment of their premiership chances with the club taking a bold approach at the trade table in recent seasons adding Shiel, Jake Stringer, Devon Smith and Adam Saad to complement their talented draft picks that include Zach Merrett, Andy McGrath and Darcy Parish and experienced players such as Dyson Heppell, Cale Hooker and Michael Hurley.

The Bombers have not hidden away from the expectation with their confidence coming from their sensational finish to 2018 when they finally clicked after round eight and won 10 of their next 14 matches.