New Australian women’s sevens coach John Manenti wasted no time demanding extra physicality from his world series-leading side ahead of the Paris leg next weekend.

Australia lead arch-rivals New Zealand by four points heading into the final round and are intent on finishing the job in France. 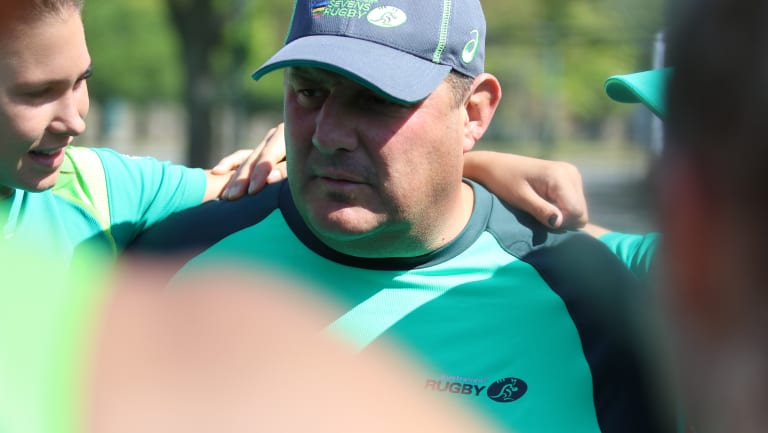 Hard man: Manenti wants the Aussie women to toughen up in the contact zone .

Manenti, who beat out 25 other applicants from around the world to be named on Friday the new head coach of the Olympic champions and Commonwealth Games silver medallists, said he had drilled the squad hard in the contact zone since their dismal final loss to the Black Ferns in Canada last month.

“We’ve worked really hard, a lot of bone-on-bone stuff for the past 10 days, and they certainly appreciate contact a little bit more now than they did in the past,” he said.

“I won’t say a more physical Australia but I certainly want to be better in those contact areas. At the end of the day our skill sets are to be avoiding contact, to be playing to space, to use our speed and catch-pass to play the game away from there.

“Where teams are probably targeting us, though, is in that area, so we need to be better in that area, otherwise we’re going to find ourselves on the wrong end of the stick too many times.

“It’s not really how we want to play the game but it’s how other teams see us and where we need to be able to counter that before we can inflict on them what we want to do with the ball.” 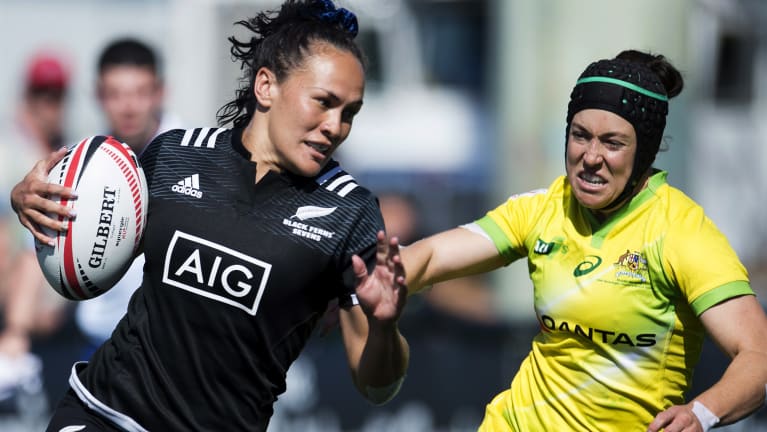 Left for dead: The Aussie women ran out of puff against arch-rivals New Zealand at Langford in Canada last month.

Manenti took over from Tim Walsh, who left in April to coach the Australian men’s team. He had been serving as interim coach since then and had been part of the both the women's and men's set-ups for the past four seasons. He will coach the team to the Tokyo Olympics in 2020.

A vastly experienced coach, Manenti coached Sydney club Eastwood to victory in the Shute Shield in 2011, 2014 and 2015, and led the Wallaroos to their best women's World Cup finish of third in 2010. He has also been in charge of the Australian Under 20s and the Western Sydney Rams in the National Rugby Championship.