Animal Justice Party Andy Meddick MP has called for a life ban on disgraced trainer Darren Weir and called for an inquiry into a racing industry he says is ‘‘replete with animal cruelty’’.

Mr Meddick, who took his seat in the Victorian parliament for the first time on Tuesday, is leading a field of animal rights activists who say a four-year disqualification – the punishment racing stewards are seeking for Mr Weir – is insufficient. 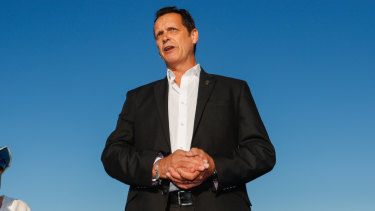 ‘‘If the industry has any integrity, he should be permanently banned,’’ the MP said.

Mr Meddick, who represents Victoria's Western District – which includes Warrnambool where Mr Weri's stables are based – said the proposed punishment was especially weak as the trainer was not contesting charges of using electronic devices, or jiggers, to enhance horses’ performance on the racetrack.

‘‘So [I want] a lifetime ban from racing and all its activities. Can’t be a trainer, can’t attend race meets, can’t work horses for anybody else, and can’t go near training facilities."

The MP believes use of jiggers is widespread, pointing to a Geelong Advertiser article last week that quoted two unnamed trainers as saying jiggers were not cruel and were commonly used in racing stables to help lazy horses go faster.

Mr Meddick said racing had made a big deal of cleaning up its act through the Office of the Racing Integrity Commissioner.

‘‘Well lets’s see the proof of that and start to be really severe about how they handle the people that get found guilty of acts of animal cruelty, within their industry.’’

Other animal rights activists have also called for stronger punishment for Mr Weir.

Emily Rice, from People for the Ethical Treatment of Animals (PETA) Australia said while the proposed four year ban for Mr Weir was welcome news, ‘‘he should be banned from racing for life’’. 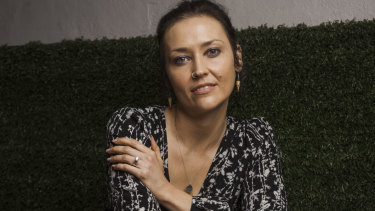 ‘‘Anyone who violates the law and shocks horses doesn’t deserve another chance to harm more horses. He should lose his license now and find another line of work – one that doesn’t involve animals."

Ms Rice supports a ban on all horse racing: ‘‘The sooner horses are no longer forced to race for human entertainment the better.’’

Elio Celotto from the Coalition for the Protection of Racehorses called for ‘‘a full inquiry into the racing industry that continues to fail to self-regulate".

He also called for the formation of an independent body that would regulate the entire industry. 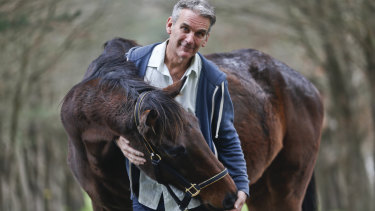 Elio Celotto from the Coalition for the Protection of Racehorses.Credit:Meredith O’Shea

‘‘The only way to get to the bottom of the corruption and animal cruelty in the racing industry is a national inquiry," Mr Celotto said.

The extent of Mr Weir’s use of jiggers should be investigated, starting with ‘‘interviewing every employee and past employee of the Weir stables’’.

Mr Celotto said his group is regularly contacted by racing industry employees who were afraid to report matters to stewards because they feared losing jobs and reputations and it felt unsafe.

Authorities therefore needed ‘‘to set up a safe and secure means for racing industry employees to be able to report breaches of the rules and in particular animal cruelty, without fear of retribution’’.

An RSPCA statement said the Weir case was a joint investigation between Victoria Police and Racing Victoria.

RSPCA Victoria was "not involved at this time" and could not comment on charges or penalties.

However under the Prevention of Cruelty to Animals Act 1986 the use or placement of a device that can impart an electric current or shock on a horse is considered an act of cruelty.

"RSPCA is opposed to the use of any devices which deliver electric shocks for the purpose of modifying an animal’s behaviour or performance," the statement said.

"Such devices are inhumane as they inflict pain, involve punishment and can be used to abuse animals."

Anyone with concerns about the welfare of an animal should make a report at rspcavic.org or on 9224 2222.