Artificial Intelligence is to be used this year at Wimbledon to monitor the emotions of the crowd and the tennis players so that enticing video highlight packages can be produced.

The IBM technology will analyse spectator reactions to pick out the most exciting moments in matches. Called Watson, it will monitor all matches at the venue's six "show courts" and pick out energetic movements made by players to curate highlight packages without human intervention. 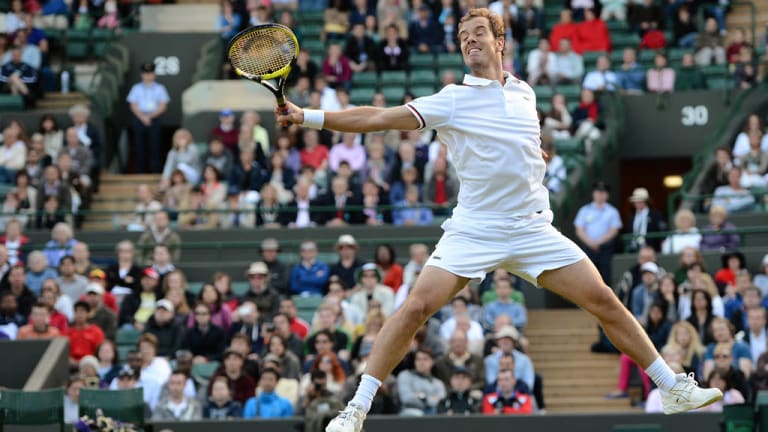 Hawk eye: Crowd reactions will be picked up by the Artificial Intelligence and help it decide which points to include.

Sam Seddon, of IBM, said: "We directly look at what the players are doing, so if they have just got to the end of a point, you may get them fist-pumping or those dramatic expressions of emotion. We are also listening for the volume of the crowd. If you get a fantastic rally, the noise levels will go up.

"If the real time match data indicate that it is a really tight point being fought, that the two players have been fighting back and forth, the software is going to notice that.

"AI interrogates all these things, so at the end of a three-hour match it can run through all the footage and produce a snappy compilation within minutes of the game finishing."

With an average of three matches per court every day, video from matches can amount to hundreds of hours of footage that could take hours to put together into highlights reels.

IBM claims its technology will help Wimbledon editorial teams scale and accelerate video production. A two-minute compilation should be available on the tournament's official website and app within five minutes of a match finishing.

IBM intelligent software first manifested itself in 2015 with a "chatbot" that talked to people and answered questions on Wimbledon history and gave fans tailored information on scores, news and players.

The tournament also used AI to spot record breaking moments in matches and relay them in real-time, beating sport journalists who would have to spend hours researching facts and figures. Mr Seddon said: "We used AI to analyse a whole set of historic information about Wimbledon, such as old media guides and annuals.

"This means if something crucial is about to happen, we know it before the rest of the world does."

The BBC will not have access to Watson and will instead have to compile its own tennis and football highlights.