BOXING’S new Fab Four could be overshadowed by the terrifying Prince of Darkness this year.

Lightweight sensations Teofimo Lopez, Ryan Garcia, Devin Haney and Gervonta Davis are all grabbing world titles, mega-money deals and social media fame with their actions online and in the ring. 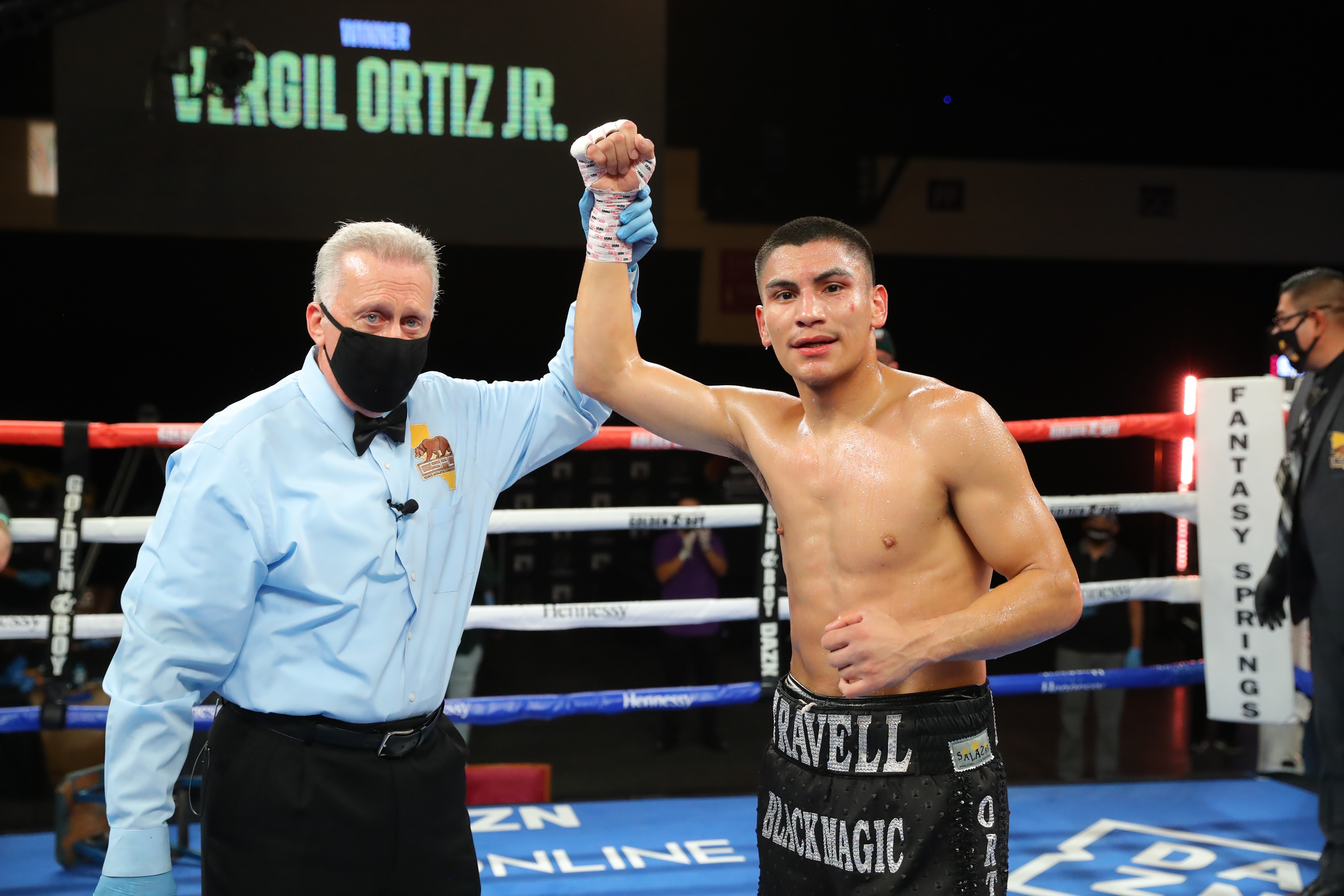 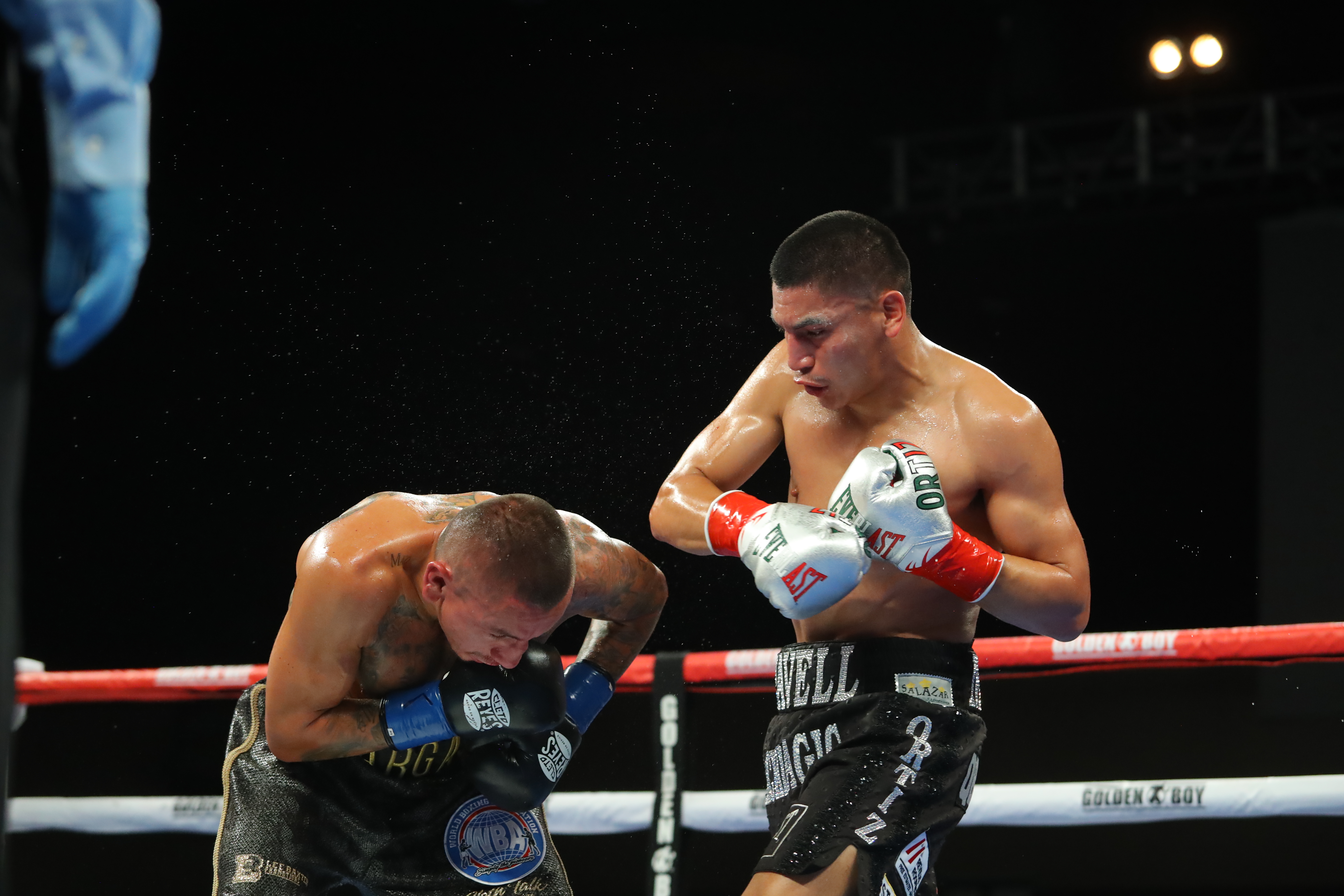 But fame-dodging 22-year-old welterweight Vergil Ortiz Jr has raced to 16-0 – all via brutal KO – on a diet of heavy-rock guitar thrashing straight out of bat-chomping Ozzy Osbourne’s playbook.

It’s hard to believe Dallas’ young fighting force is fueled by the tunes of a 72-year-old Birmingham make-up lover but piano-playing throwback Ortiz Jr is full of surprises.

“I like to play music, it is a big part of my life and, I can’t lie, it started with Guitar Hero,” he told SunSport.

“Just playing that computer game got me into rock music and then it taught me timing and hitting the right notes and strumming at the same time.

“Playing a real guitar is the same thing really, there are just a lot more f****** notes to learn and remember! 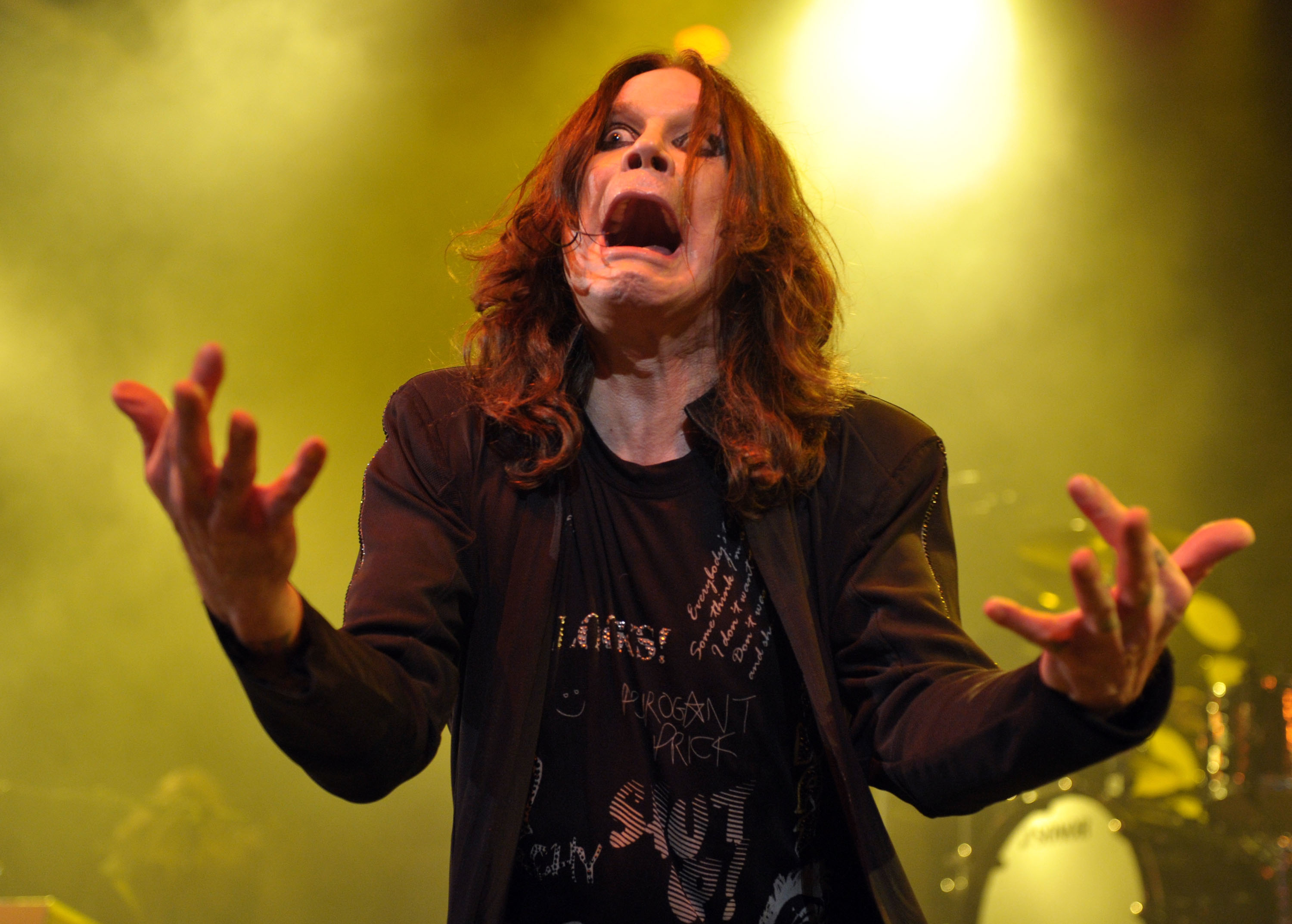 Ortiz Jr’s last win over the respected Samuel Vargas – who takes on Conor Benn on April 10 – went viral for hitting all of the right notes.

The sickening sounds of the shots that stopped the veteran inside seven punishing rounds were harder to listen to than even one of Kelly Osbourne’s tracks.

But to menacing Ortiz, the rasping shots and thudding blows were music to his finely tuned ears.

“That’s what I liked about the Vargas fight”, he said. “I always go back and watch my fights, often on the same night.

“Punches usually never really sound like they should do but when I watched the Samuel Vargas fight back they sounded exactly exactly how I heard them as we were fighting.

“I definitely have an on and off switch, I can control my emotions.

“Even in the locker room I am still smiling and feeling relaxed. Once they call my name I start changing and, once the bell rings, I am a whole different person.”

Ortiz Jr’s name was thrown into the headlines last year when his legendary promoter Oscar De La Hoya labelled him the ‘future of boxing’.

The praise could have blown him off track or off the rails but instead it has inspired him to work even harder and take a massive challenge against ex-world champ Maurice Hooker on March 20.

He said: “It was an honour when Oscar made that comment, I don’t even know how many weight divisions he won world titles in but I know it’s a lot.

“A comment like that coming from someone of that calibre means a lot and it motivates me to work even harder.

“I was really happy when he said that but it also confirmed that my hard work isn’t done. I will never be satisfied.

“I don’t care about what people have to say about me, people will always talk and I think it’s a healthier lifestyle just to focus on yourself.”

Ortiz Jr is trained by the brilliant Robert Garcia as well as his father Vergil Sr.

Boxing history is littered with tragic tales of father-and-son teams collapsing and even Lopez broke down in tears over the fractured relationship with his father before the brilliant undisputed win over Vasiliy Lomachenko.

But the Ortiz family are working hard to keep their emotions separate from their trade.

“Me and my dad are still the same, we separate home life and our boxing careers,” Ortiz Jr said.

"At home he is my dad and at the gym he is my coach.

“We do a really good job at separating those, my dad cares about me but he will be tough on me because he wants the best for me.

“I am not the sort of bratty kid who will ever think his dad is being hard because he wants to be mean, I am not dumb, I will always know why he is doing things to make me better.”

The welterweight division is perhaps one of the most frustrating in the sport right now as top stars Terence Crawford and Errol Spence Jr refuse to fight each other to designate an unquestionable No1.

But that could be good news for British fans as Ortiz would have no problem clashing with an English hero while he waits for his chance to strike out for gold.

“The division is being held up a bit by some of the world champions, once we get an undisputed champion I assume they will move up and the belts will get moved around again.

“But ideally I would get to fight all of these top guys at their best, before they move up.”

When SunSport floats the idea of an Amir Khan or Kell Brook cracker, Ortiz beams over Zoom: “Oh definitely!”