Within the higher echelons of Western Sydney Wanderers, the ties with Tony Popovic weren't completely severed when he walked out of the club on the eve of last season. In many ways, they were never even strained. To this day, the most influential figures at the club remain his most frequent callers.

"Of course," he says when asked whether he still has contact with people at Western Sydney. "But now it’s different."

Their major common interest is no longer a topic of discussion. Since departing for Turkish Super Lig club Karabukspor and eventually ending up at Perth Glory, Popovic hasn't been able to speak about the game he loves with those he's closest to at the Wanderers. Chief executive John Tsatsimas and academy director Ian Crook were two of Popovic's closest allies and remain his confidantes. 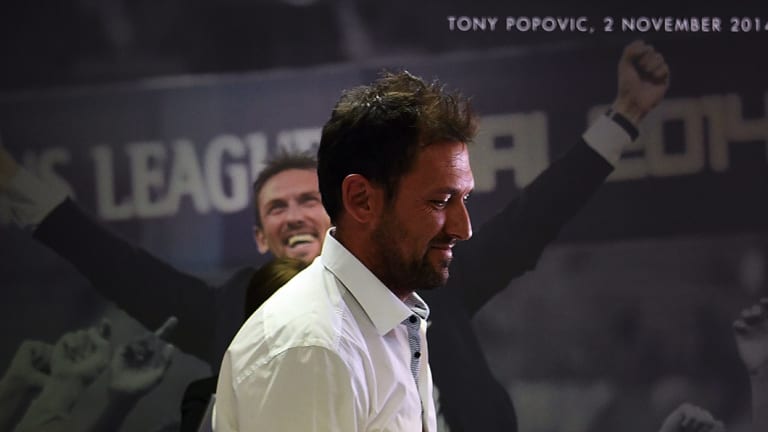 Walking away: Tony Popovic felt uneasy leaving a club fashioned in his image.Credit:AAP

"We don’t speak about football any more because that would make things a little bit uncomfortable," Popovic says. "They have their club and I don’t want to try and let it come across like we’re trying to find out information about each other.

"When we speak now, it’s just as friends – friendships that I’m happy we’ve built for over five years; friends I know I’ll have for life."

By his own admission, Popovic is obsessive about football. His life has revolved almost solely around the game. He made his senior debut at 16 before making the transition to coaching the day after he hung up his boots.

However, it was at the Wanderers where his obsession was most personal. He helped lay the first bricks of what would become arguably the biggest sporting franchise in the vast nebula that is Sydney's west.

Through an immediate A-League premiership and an Asian Champions League title in his second year, Popovic quickly brought success to the region. That success galvanised the community, shaping a cultural identity that swelled so greatly that it seduced business and politics as much as punters.

It prompted Blacktown City Council to make a contribution towards the club's new $18 million state-of-the-art training complex and the NSW Government to splash $300 million towards a new stadium in Parramatta, shared with other tenants. 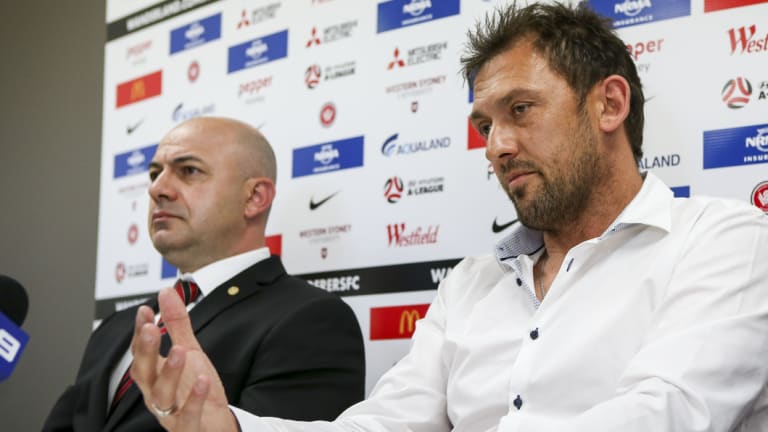 Given all this, it is understandable that nostalgia would creep into the mind of a coach who normally doesn't dwell on sentiment. For a brief moment, Popovic fondly reflects on the club he was instrumental in building, before quickly turning his attention to how he plans on dismantling them on Sunday evening.

For the first time since departing the club, Popovic will face Western Sydney when his Perth Glory side host the Wanderers at NIB Stadium in the opening round of the A-League.

"It’s a little bonus that it’s against a club I helped form for five years," he says. "Seeing where they are now, it pleases me to see how far the club has come. Now with the new stadium and also the final stages of a fantastic training complex, it makes me very proud that I’ve played a part from the beginning with a great club."

In true Popovic fashion, those emotions end quickly. For all the attention on his clash against the Wanderers, his mind hasn't drifted from the project he's undertaken at Perth. He has a burning desire to win on Sunday and plenty he wants to prove to his new fans, but there's no point he needs to make against his former club.

"How will I feel when the game starts?" he asks. "I don’t think I’ll feel any different in terms of wanting to get the three points. The sole focus will really be on seeing the team play the best they can play for a round-one game."

For the past 16 weeks, Popovic has been forging the perennially inconsistent Perth Glory into a more ruthless, structured and dogged club. They now bear many of his trademarks from Popovic's time at the Wanderers: Players are fitter, faster and more disciplined on and off the field. His fingerprints are all over the new-look Glory, however he hasn't abandoned all that he inherited.

"On any given day, Perth have been a joy to watch," Popovic says. "What we’re trying to do is bring some consistency to Perth Glory. It’s a club that’s wrapped in great history but hasn’t won anything in the A-League. If we can bring that consistency then we have a chance of challenging for honours."

An imposing back line has been added to what was an already menacing attack, balancing the likes of the Andy Keogh and Diego Castro-lead strike force with an experienced back line of former Socceroos Matt Spiranovic, Ivan Franjic and Jason Davidson. That's just the recruitment. Popovic's biggest renovations at the Glory took place on the training ground.

"The big change that will happen at Perth is around the speed of our play, the speed of our ball movement and the pressure we put on opponents," Popovic says. "That will be something I’m sure our fans will enjoy."

The latter is a common topic for Popovic, just as it was when he started with the Wanderers. While bringing consistency to the Glory is his primary goal, he has a broader target of bringing fans back to the club.

In the same way, Popovic knows how to win games and trophies, and has a strong understanding of how fans relate to teams. It wasn't fluid football that brought hordes to Parramatta, but an iron will and a ruthless streak that saw players mirror the passion of fans with a tireless work rate. That quality will be at the forefront of his PR campaign in the west of the country.

"This is the start for us tomorrow," he says on Saturday. "We want to get a big crowd – a vocal crowd.

"We want them to leave the game tomorrow proud of their team, proud of the performance and hopefully three points. We want them talking about Perth Glory in a really positive manner and looking forward to the next home game. That’s the plan, that’s the goal."

If that's achieved, Popovic could find himself in a familiar setting to the one he left.