The All Blacks are firm favourites for Saturday's match with Argentina but assistant coach Ian Foster warned his players on Tuesday they must not underestimate the Pumas if they want to avoid a second straight defeat for the first time since 2011.

Argentina have never beaten New Zealand in 27 previous encounters but they are on a high after winning two games for the first time since they joined the Rugby Championship in 2012. 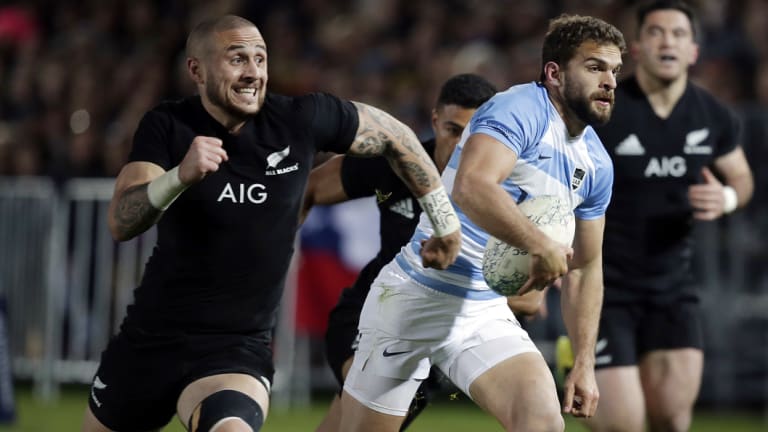 "They are certainly playing with a lot of belief and a lot of confidence. We've always enjoyed watching Argentina play. They play with plenty of passion, heart, and a lot of skill.

"So in some ways we've been delighted they have got some results they have been striving for and our goal now is to make sure they don't get another one."

The All Blacks lead the championship table and could clinch the title with a win and a bonus point. However, they are coming off a 34-36 loss to South Africa and are anxious to avoid another demoralizing defeat.

Ryan Crotty, the All Blacks 30-year-old centre, said the world champions were preparing for some traditional South American flair, with particular focus on staying disciplined and avoiding ceding loose balls.

"The unstructured is where they are kind of more dangerous," Crotty said. "The counter attack, the bobble ball… that is when they are most dangerous. So it's all about shutting the time and space down. If we can give them slow ball, give our defence a chance to get set. So big, big effort on the defensive side of the ball this week.

"They are a smart team. They like to play fast, they don't like slow ruck ball. They counter attack well and they play what they see so they are very dangerous side. We have to be well prepared.

"We also expect the unexpected with them, there might be something that we haven't prepared for and might take you off guard."

The Velez Sarsfield stadium in Buenos Aires is a 50,000 sell-out for Saturday's game, the penultimate for both teams in this year's tournament.