New Zealand Football (NZF) and the New Zealand Professional Footballers' Association (NZPFA) announced on Tuesday a new three-year agreement had been reached which grants equality in four key areas for the All Whites and Football Ferns.

They are: pay parity, equal prizemoney, equal rights for image use and parity across travel while representing New Zealand. 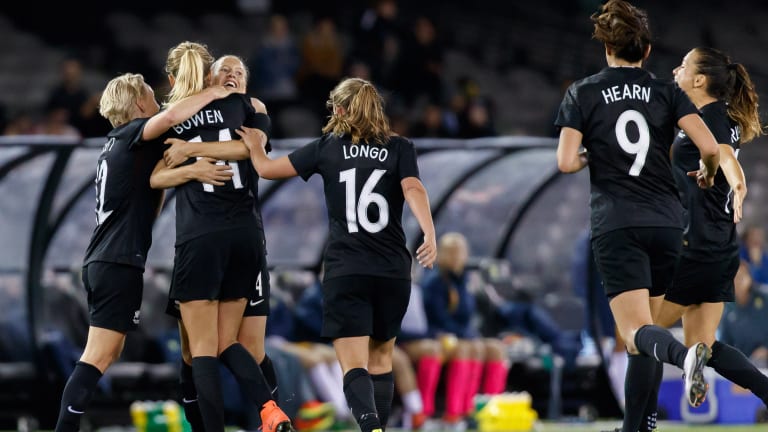 Those first three have largely been in place for some time, with the Ferns already sharing equal benefits under the old agreement in the form of $115 daily payments during camps, getting 40 per cent of prizemoney won by their team and the protection of image rights – although the prizemoney was far from equal given the disparity in prizemoney at FIFA tournaments for men's and women's events (US$576 million for the last men's World Cup compared to US$15 million for the women's).

The final condition around travel was the biggest step forward.

NZPFA chief executive Harry Ngata said the agreement was the first of its kind in world soccer in terms of all the elements it took in.

However, it is still some way behind Norway's historic agreement in December last year, which saw the total annual salaries for the women's squad increased from $AU539,000 to $AU1,045,000 – equal to that of the men.

Neither Martin nor Ngata would confirm if the per-day payments to players or the percentage of prizemoney had increased under the new agreement, citing confidentiality.

They also said they would not be taking the approach of New Zealand Rugby and releasing the full collective agreement online, again citing confidentiality.

Back in November when negotiations were just beginning, the NZPFA was looking for the guarantee of business class flights for Europe-based Football Ferns to and from international matches, which the All Whites had for many of their matches.

On Tuesday, Ngata said such flights would be on a case-by-case basis for both the men's and women's teams going forward.

"It's about the best opportunity to use our resource to best support the players given their workload, given the schedule, given the travel involved.

"If [All White] Ryan Thomas can travel back business class to play in Auckland, then why can't [Football Fern] Ria Percival or Ali Riley. They're travelling the same distance under the same type of pressure, they need to get a result, so should be treated like for like."

Ngata said when all of the factors were considered, the new deal would not cost NZF that much money, but its symbolic value was immeasurable.

"The nuts and bolts are fantastic and like for like, but solidarity and gender equality is a symbolic stance from the players, particularly the guys to support the Football Ferns."

That sentiment was echoed by NZF chief executive Andy Martin.

"What this is saying to New Zealand and to young Kiwi females what a great opportunity it is to play football on equal terms, travel the world, be in one of the world's best sports. It's a country where football perhaps hasn't been the first choice but it's certainly becoming the first choice."