The Toon winger somehow CHINNED it into his own net, leaving even Toon legend Alan Shearer in stitches. 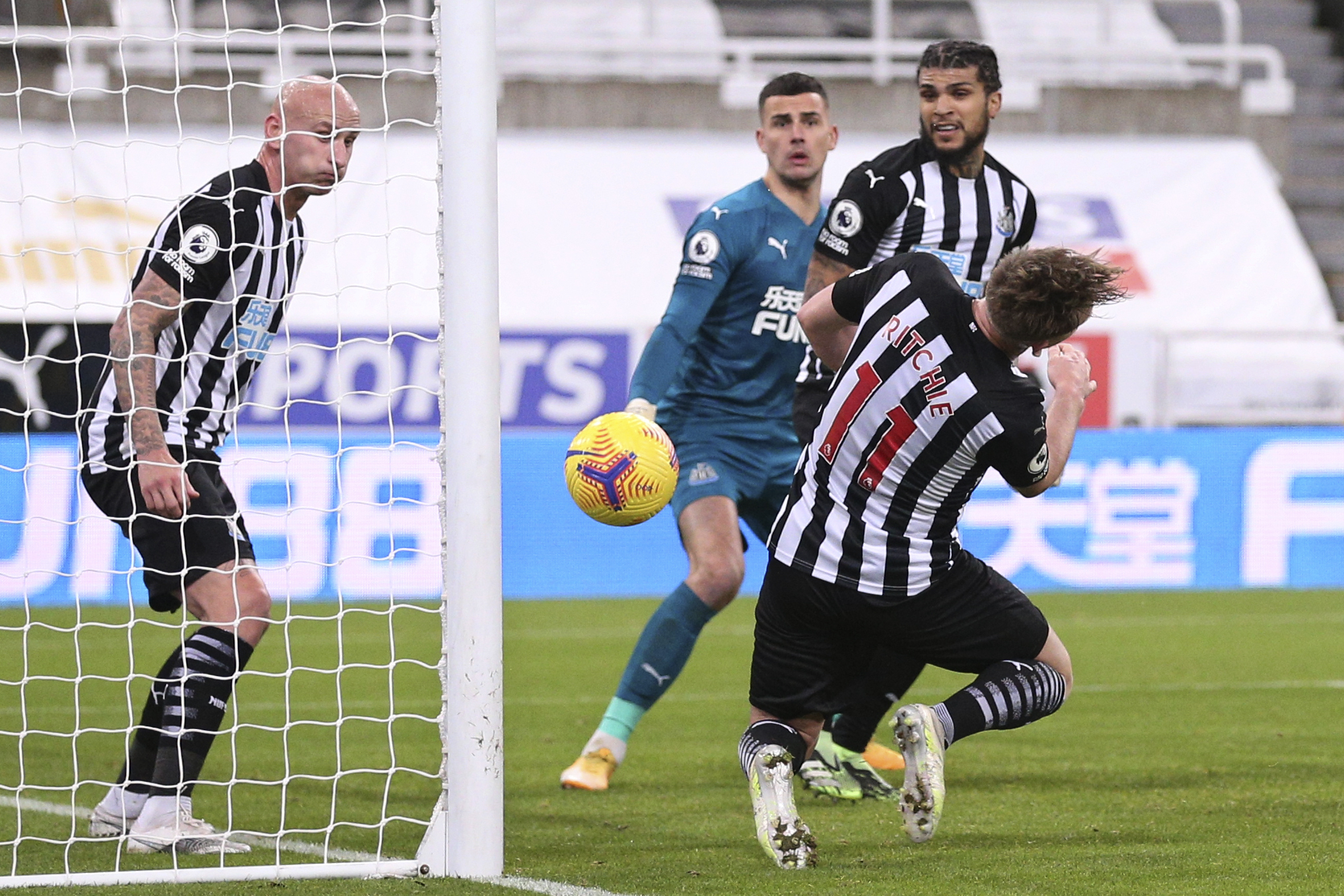 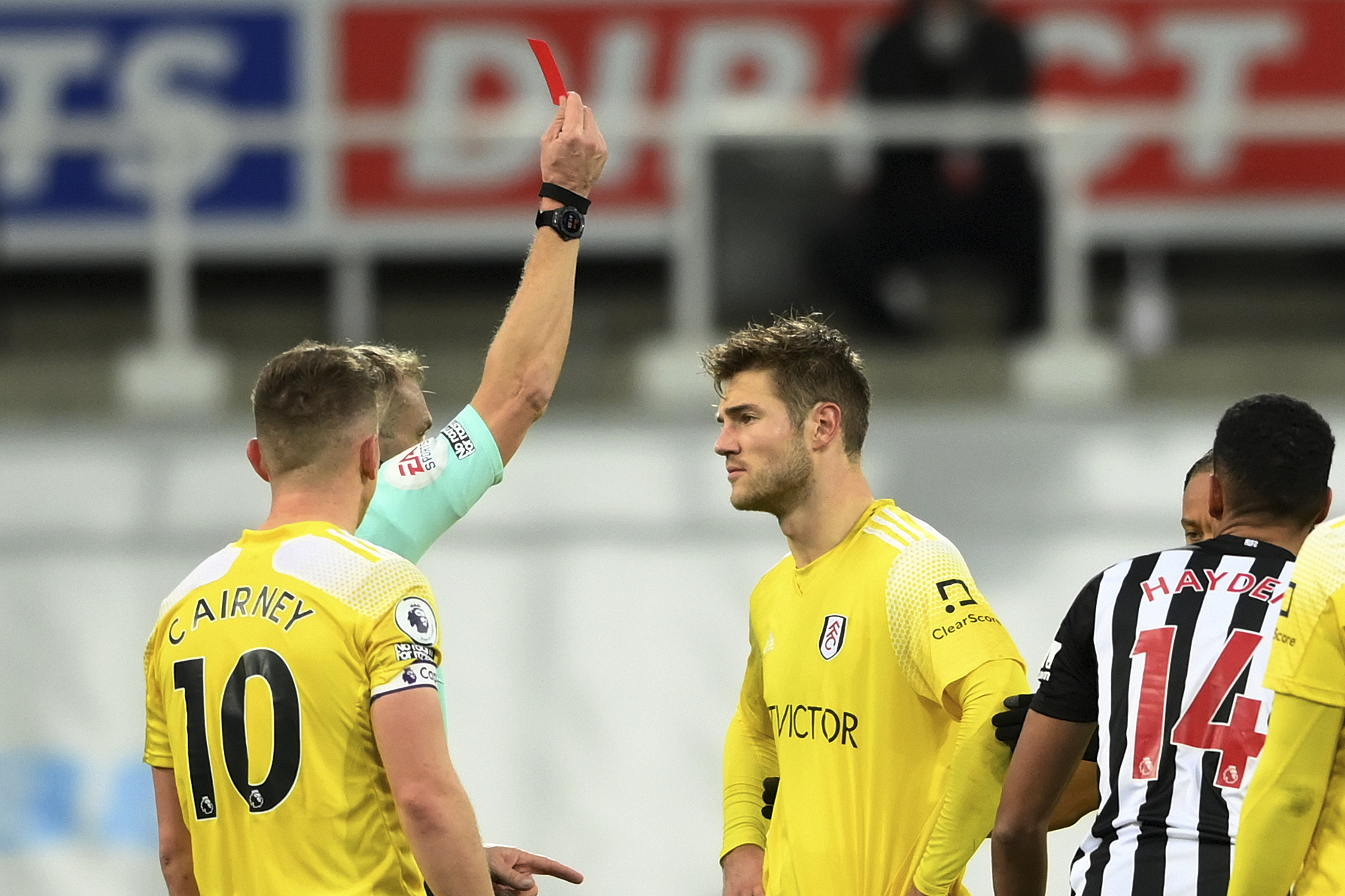 Ritchie was bailed out by Wilson’s eighth of the season – but Fulham were fuming.

Joachim Andersen had a handful of the striker’s shirt and denied a goalscoring opportunity so can have no complaints at being shown red.

But the initial contact was outside the box and the Cottagers raged at ref Graham Scott – who looked at the incident twice on the VAR monitor – that it should have been a free-kick.

Scott Parker’s side outplayed a desperately poor Newcastle and will rightly feel aggrieved not to head back to West London with their second win on the road.

But, with three successive draws, they are out of the bottom three for the first time this season and are looking up.

Newcastle were hopeless for the most part and barely looked like scoring even with an extra man for 28 minutes – leaving the Toon Army in meltdown on social media.

Steve Bruce had been craving 20 points by Christmas so he could tuck into his Turkey with survival all but confirmed.

But their safety net above the drop is eight points and could be down to five if Burnley win today. 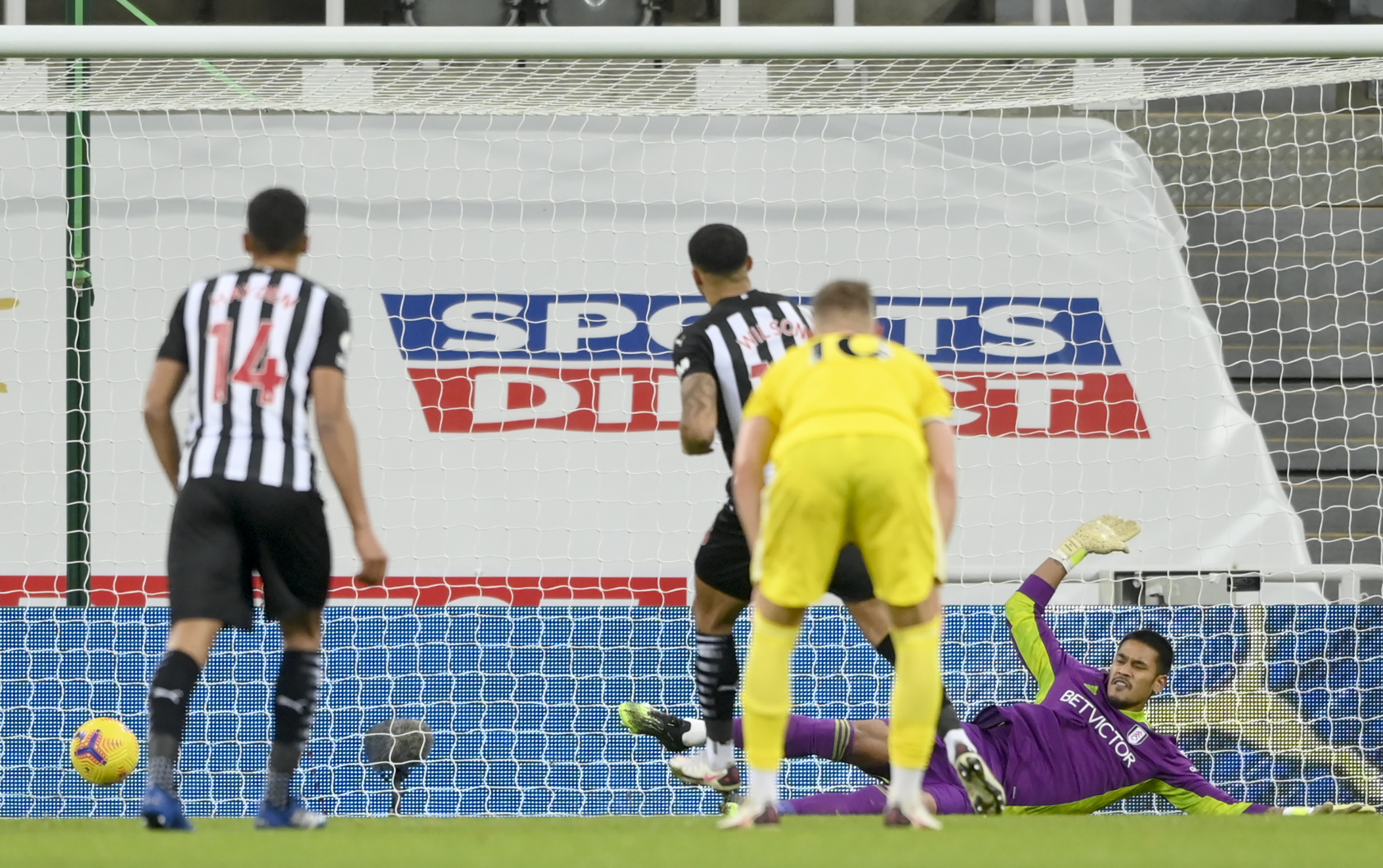 Bruce made five changes after the Mags were hammered 5-2 at Leeds, with full-backs DeAndre Yedlin and Paul Dummett making their first starts of the season.

Parker looked to freshen the side up by recalling stalwarts Aleksandar Mitrovic and Tom Cairney.

But they were rocked before kick-off with Ivan Cavaleiro injured in the warm up, replaced by Bobby Decordova-Reid.

It was Mitrovic’s first start since early November and the former Toon favourite was chomping at the bit, firing a 30-yard pot shot at Karl Darlow after just 10 seconds.

The Cottagers were full of beans early on, knocking it around the hosts, who looked to like the away side trying to spring on the counter.

Cairney had his head in his hands when a volley from close-range was blocked and next up was Ademola Lookman, who should have put them ahead.

Andre-Frank Zambo Anguissa did well to work some room down the left and swung in a peach of a ball.

Unmarked no more than 10 yards out, either side of Darlow and it was in. 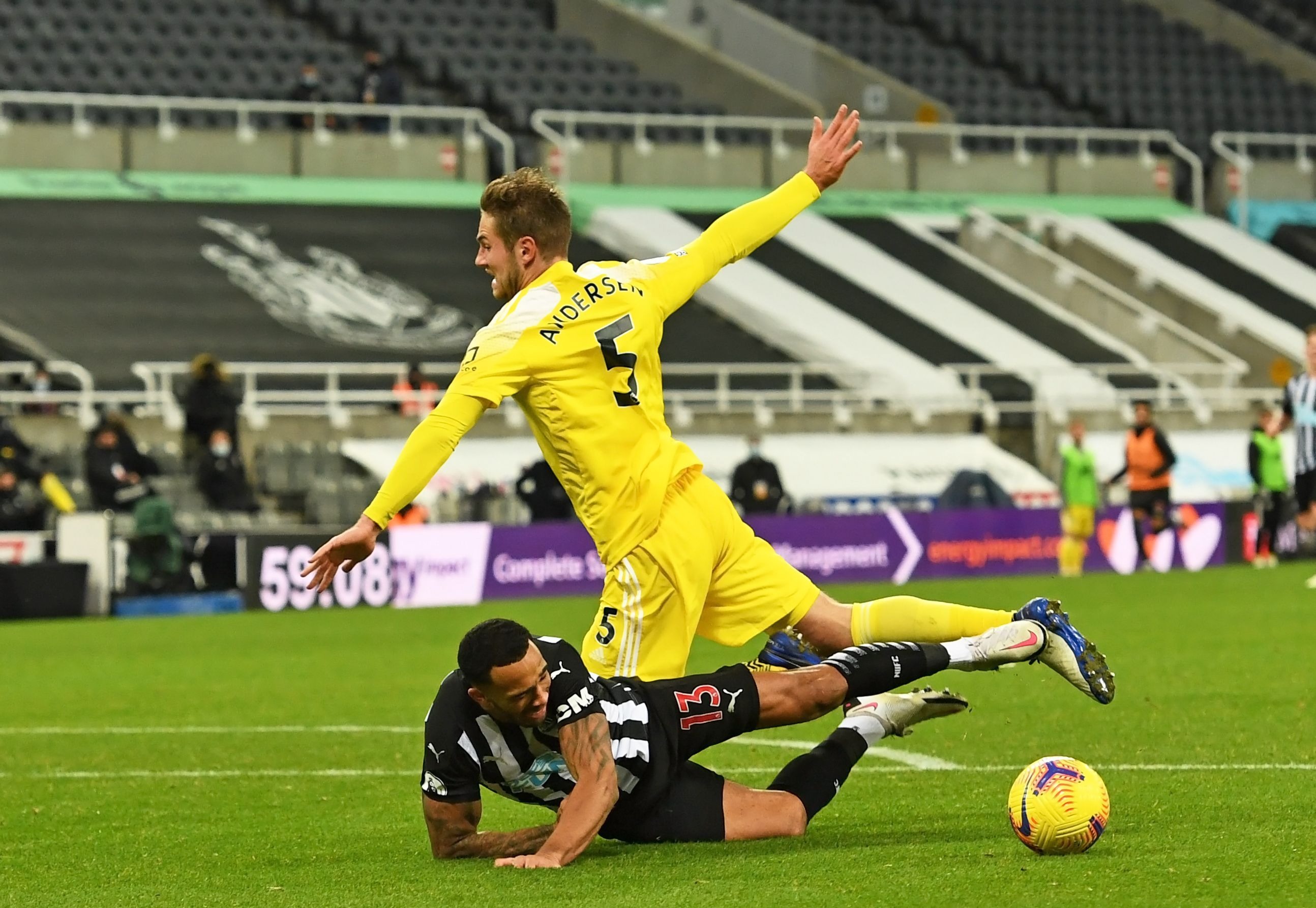 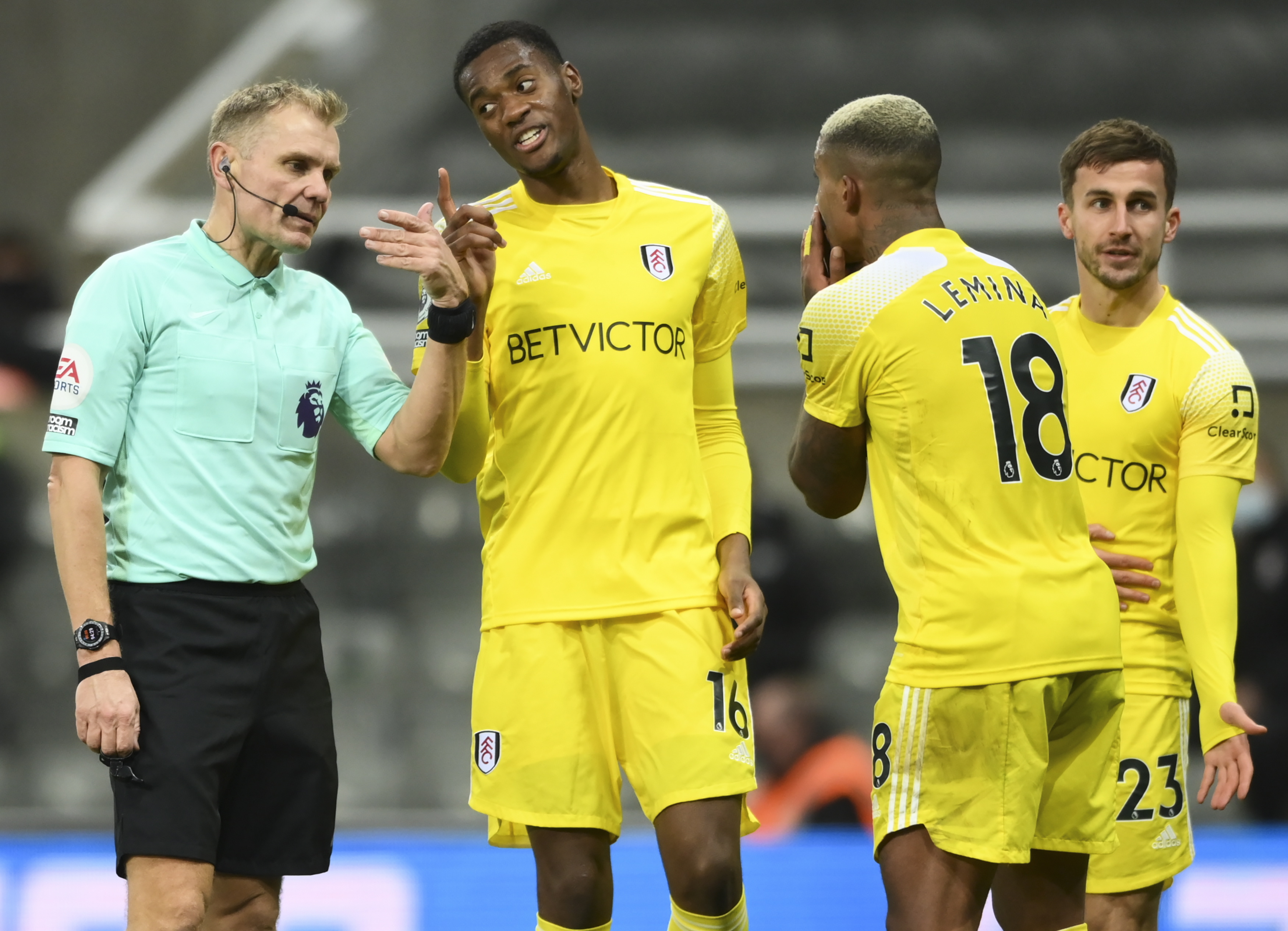 But Lookman made poor contact and nodded into the ground and straight at the relieved keeper.

The ex Everton man then thought he had won a penalty after Yedlin’s challenge, but VAR agreed with ref Graham Scott.

Decordova-Reid was next up – and, like Lookman, had to do better.

Mario Lemina’s chipped ball from left to right was right into his path but, as Darlow rushed out to put him off, the forward sliced wide.

Miguel Almiron forced Alphonse Areola into a smart stop down to his left.

But that was it for the desperately disappointing Newcastle in the first-half, and they were deservedly behind after 42 minutes.

Tosin Adarabioyo headed Lookman’s deep cross back towards goal and Decordova tried a cheeky back flick to delivert it home.

But he completely missed it, leaving Ritchie caught off guard as it bounced up off the turf. 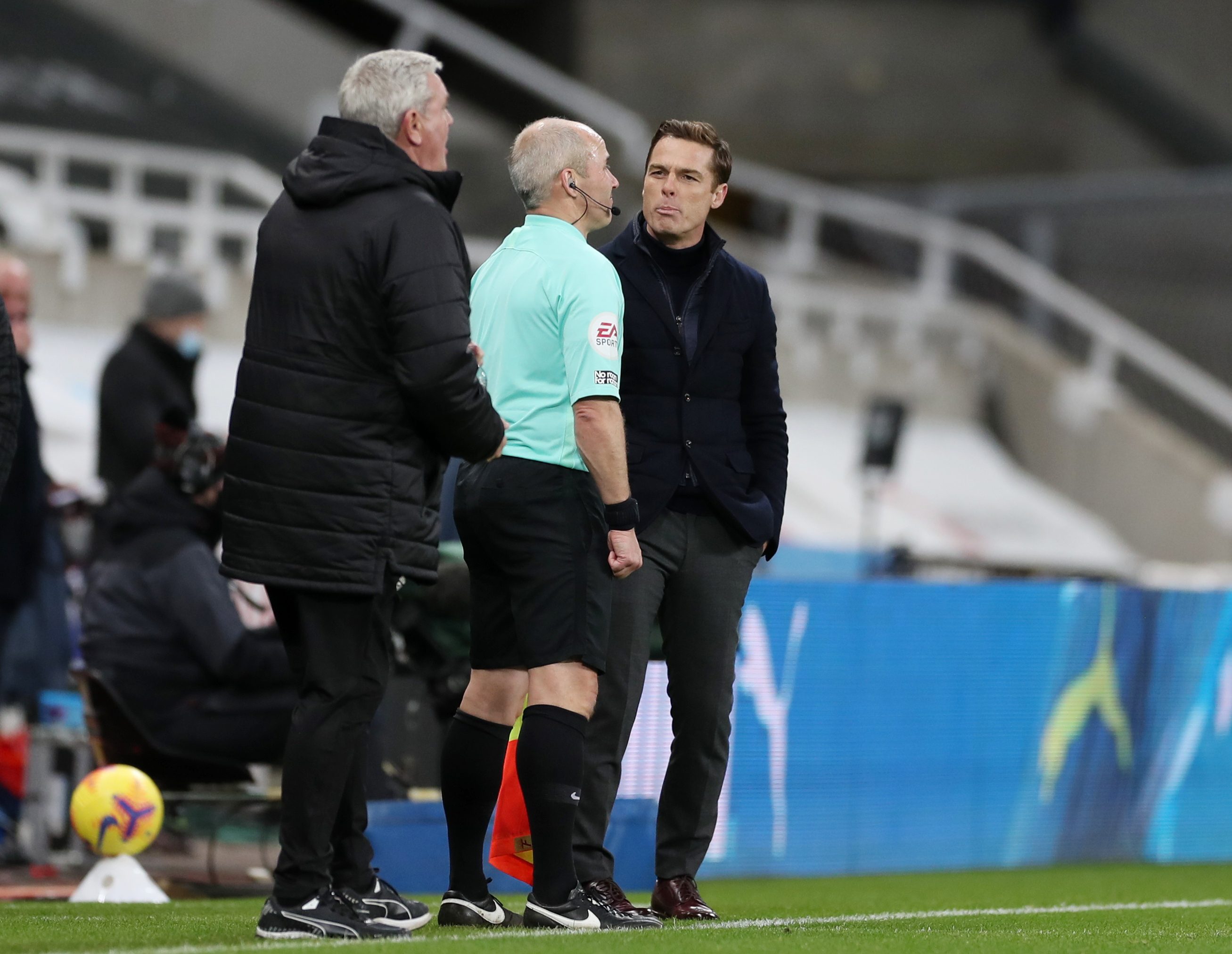 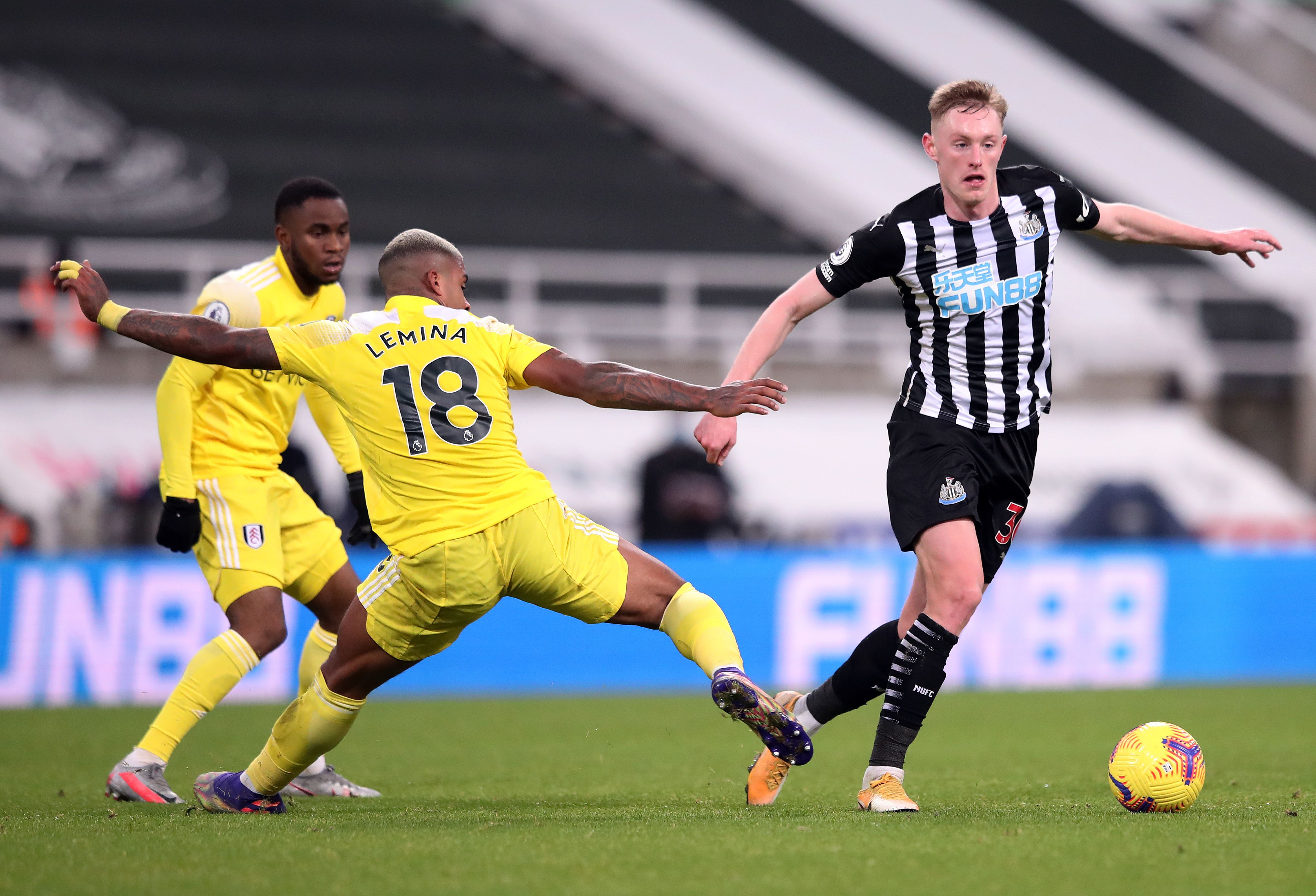 And the Scot could not react quick enough as it smacked him straight on the chops two yards out and rebounded over the line.

It was farcical stuff that even drew a laugh from Mags hero Shearer.

Bruce brought Isaac Hayden on at the back for Federico Fernandez at the break, and they were level from the penalty spot 64 minutes in.

Wilson coolly tucked home his eighth of the season, but Fulham were livid at ref Scott for not giving a free-kick instead.

On the break, Miguel Almiron’s through ball had Wilson in on goal down the left.

Andersen made no attempt at the ball and had a handful of the striker’s shirt, but the initial contact was outside the area.

Scott went to look at his monitor, and even came back for a second glance before sending the Dane off for denying a clear goalscoring opportunity. 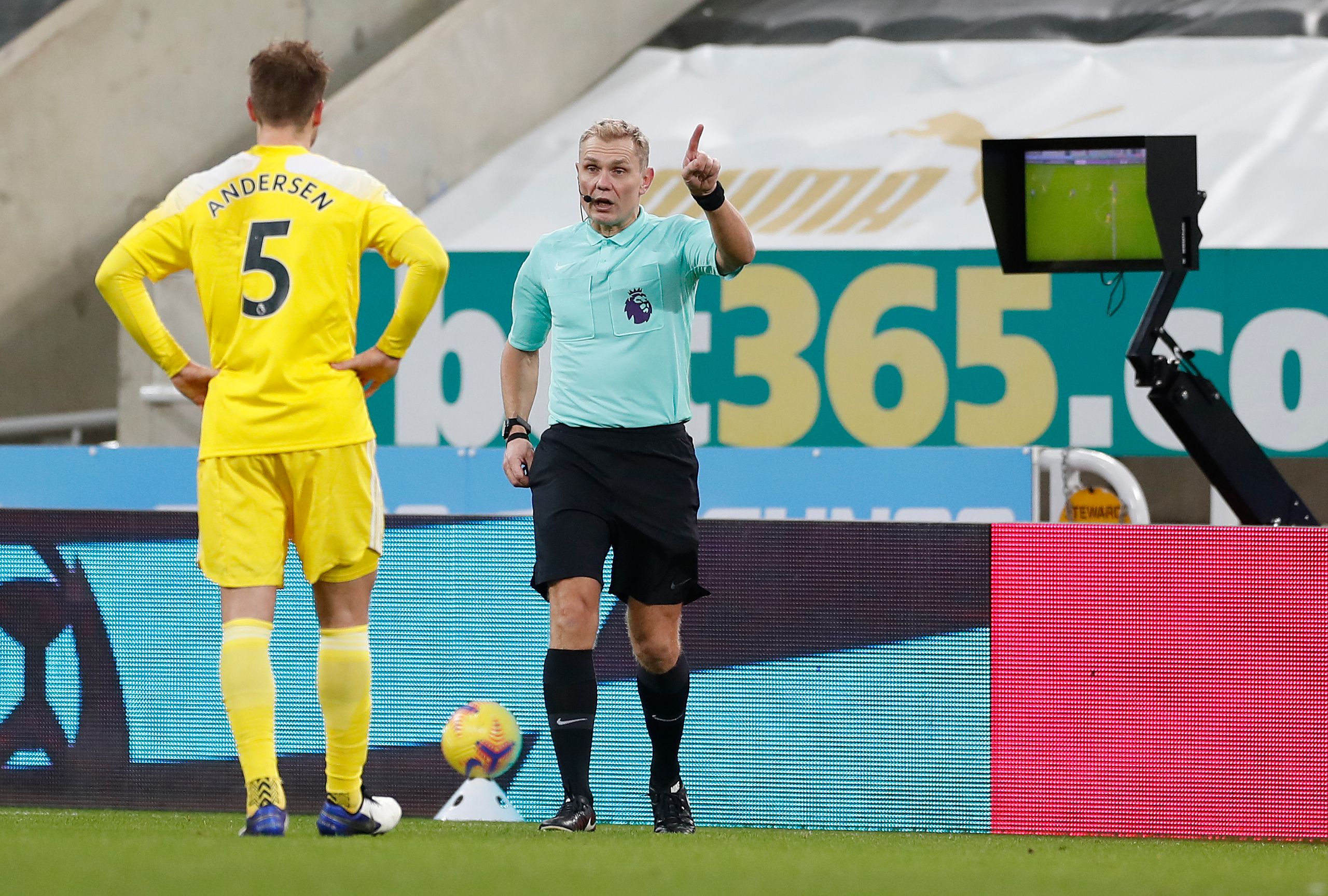 Wilson stayed on his feet but was eventually bundled over in the box, leaving Scott to point to the spot.

And the England striker made no mistake, passing straight down the middle as Areola dived to his left.

But it was hardly the start of better things for Newcastle, with 10-man Fulham the better team for the rest of the game.

Just before Joelinton was replaced, the Brazilian raced through and, outstretched, managed to poke goal bound but Areola bravely flew himself at his feet and blocked.

Ademola Lookman curled one straight at Darlow after making some room for himself.

But having spent 28 minutes a man down, it was an impressive showing and further evidence that Parker’s side are alive and kicking in the fight for survival.